What's mine is ... the British Museum's? How a divorce lost Lord Elgin his marbles 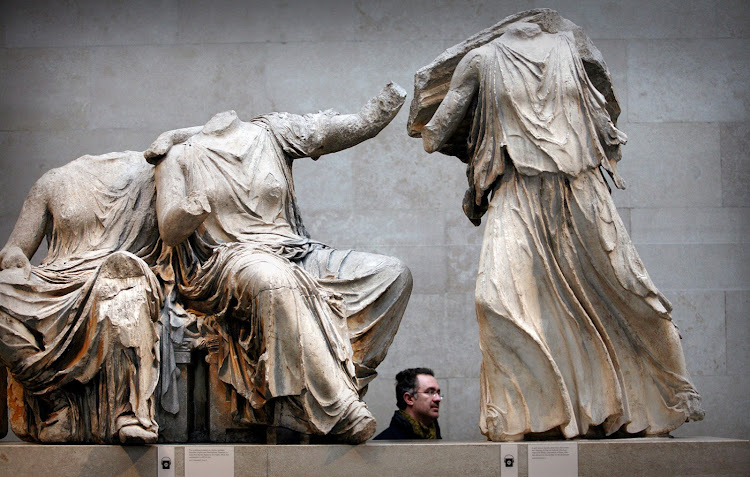 Divorce is expensive. Just ask Jeff and McKenzie Bezos . Their divorce is apparently going to qualify as the most expensive settlement in history now that the spoils of Amazon are to be divided among the former spouses.

Still, there is an argument to be made that the most expensive divorce settlement ever continues to play itself out on an international scale. And the repercussions are being felt generations down the line.

Back in 1789 a British lord, one Elgin, descended on Athens as an ambassador. At the time Athens was under Ottoman rule. He decided to take a few mementos home to decorate his baronial estate, Broomhall House. The evidence that he received permission to strip the Acropolis of its sculptures is slim. He had an Italian translation of a firman (a grant or permit) which appears nowhere else in the extensive records of the Ottoman Empire and does not correspond with the documents of the time. That aside, he basically thought the stuff would look pretty in his house – and while taking it he also damaged large portions of the Parthenon. 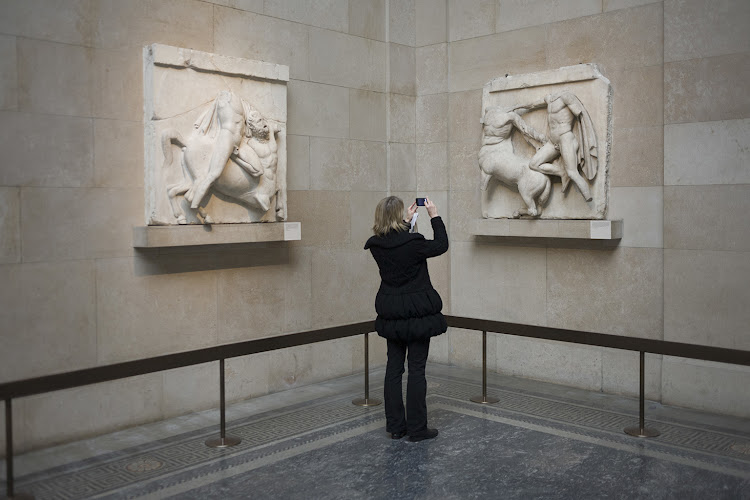 These were different times – the chap was a master of the universe, a colonial hero, coming back with his just spoils. Nobody would have been any the wiser. Then he got into a bit of marital trouble. He had spent about £70 000 to get the marbles home (an unforeseen shipwreck had cost him an arm and a leg). But then Lady Elgin (who disputed the legality of his Parthenon stripping actions anyway, call it divorce bitterness) demanded a very large payout. What to do? Lord Elgin sold the marbles to the British Museum by way of a parliamentary decision. He made a loss of £35 000. But he was adamant that they would not go to Napoleon who also put in a bid. I mean, the French?

In this day and age when museums are being guilted into returning cultural artifacts to their places of origin, this story has resonance. Elgin never appropriated the marbles for the general good – he saw the gap and took them for his own decorative benefit. Then when the settlement shit hit the fan, he took his chances and has forever been associated with the Parthenon. People call them the Elgin Marbles! Not a bad way to be immortalised.

Twenty years after he made off with the marbles the Greeks had finally mustered enough money to fight for independence from the Ottomans. The Turks used the most rational high point to run their defences – the Acropolis; this was after all its original purpose – but they had run out of ammunition and were using the metal joints in the ancient buildings to make bullets. The Greeks volunteered to give the Turkish army iron to stop the plunder and the renewed destruction of the monument. So it makes sense that they began demanding the return of the Parthenon marbles in 1821 when they gained independence. The Brits have consistently refused.

Nationalist arguments for the return of the marbles (now resident in the British Museum for so long) are always viewed with suspicion. Why place the artifacts in context when they can be viewed by millions in a different setting?

So here are some facts that may explain the reticence of the British – imperial hubris aside. The British Museum had such a spike of visitors after the installation of the marbles that everyone could see which side their bread was buttered on.  The museum now averages about 6.9 million visitors a year and each one pays on average £10 to get in to see the attractions. The marbles are generally ranked in the top three.

Now that Brexit is happening the barriers to entry are going to be a little steeper. But the argument of the Guardian columnist Jonathan Jones – who defends the current British Museum director’s statement that taking art works and placing them in the context of a museum is a “creative act”, and the age-old demand to return them is somehow just a narrow minded nationalist exercise – is a bit reprehensible in this Brexit moment.

There is a context to all artworks, and in this case an opportunist underhanded act. The fact that the British have chosen to pursue a narrow nationalist agenda of their own undermines their arguments of a global museum open to all. The enlightenment, I fear, died with their own vote to leave. Along with it any reasonable expectation that they are somehow preserving a global heritage by holding on to Lord Elgin’s divorce settlement.

Is art theft a thing in South Africa? We canvass the experts to find out if we’re living in a home-grown version of 'The Thomas Crown Affair'
Art & Design
3 years ago

- This article was originally published by Times Select.