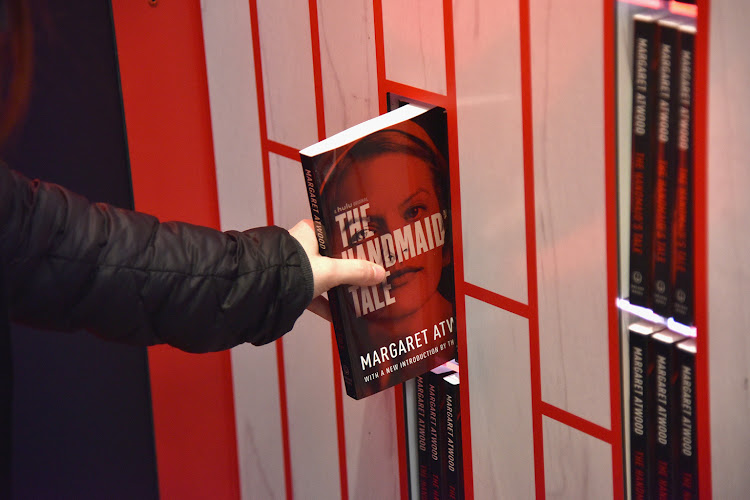 Sequels, whether in books or movies, have become a wearying feature in entertainment. In an age of “Give ‘em what they want” gratification, studios, channels and publishers have become lazy, bleeding a story for all it’s worth until it is exhausted. Think Die Hard - stone dead even before its fifth incarnation - or Hannibal, the follow-up to The Silence of the Lambs, in which hero Clarice Starling improbably  joined in the flesh-eating feast.

Everything you've ever asked me about Gilead and its inner workings is the inspiration for this book. Well, almost everything!

And so to Margaret Atwood’s The Handmaid’s Tale, a work of uncommon intelligence and prescience, about the control and killing of women. The book and the first TV series were unsettling and thought-provoking, ending with a intriguingly ambiguous scene that hinted at hope for the main character Offred.

The second series, however, abandoned all obliqueness and descended into fetishistic violence. The social commentary was blasted away by an unremitting brutality that left us inured to its horror. Pity Offred in the third series, now in production.

Now Margaret Atwood has announced she is writing a sequel to The Handmaid’s Tale, titled The Testaments to be published next year.

“Dear Readers,” she writes, “Everything you've ever asked me about Gilead and its inner workings is the inspiration for this book. Well, almost everything! The other inspiration is the world we've been living in.’”

The publishers have stressed that the new book is not connected to The Handmaid’s Tale TV series, so let’s hope that Atwood will return to form.

Getting to know Margaret Atwood

In celebration of International Women’s Day and Women's History Month, Wanted has compiled a list of books written by women that deserve the top ...
Voices
4 years ago
Next Article
© Wanted 2022 - If you would like to reproduce this article please email us.