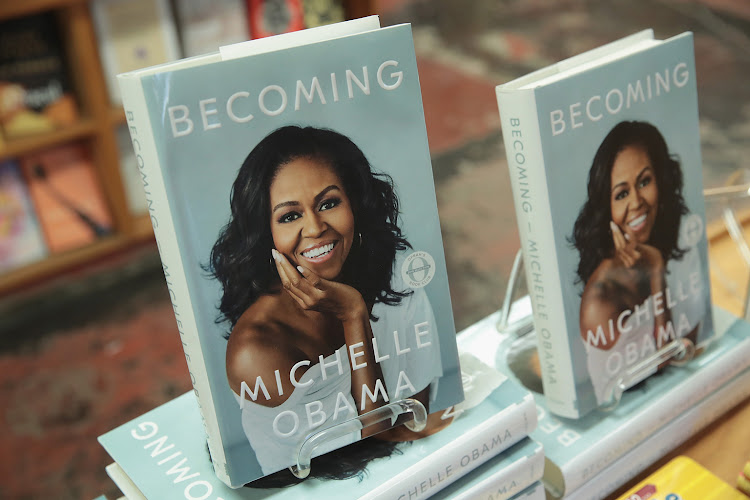 It’s not always that a much-hyped book lives up to its publicity but the most anticipated book of the year has indeed become the fastest-selling book of the year, in the US at least. On its first day on sale there last week, Michelle Obama’s memoir Becoming sold nine copies every second and it is still flying off the shelves.

It’s a similar story here in South Africa. Ben Williams, general manager of marketing at Exclusive Books, says: “It went straight to number one the day it hit the shelves. We’re selling copies hand over fist to readers from all quarters of South Africa - including to key people in the highest offices of state.”

Donald Trump, with his loud and reckless innuendos, was putting my family's safety at risk. And for this I'd never forgive him.

Our leaders could learn from the former FLOTUS: faith, hope and charity, for starters or, going into the election next year, “when they go low, we go high” could be a useful slogan.

There is much Obama reveals that we hadn’t known before, such as that she suffered a miscarriage and both of their daughters were conceived through in vitro fertilisation.

Her dignity and ironclad resolve is a lesson to us all. No paint-on-a-smile wife, she marched Barack off to marriage counselling to keep their relationship on track. She is sincere without being sentimental and there are no cheap shots here.

She doesn’t need to diss Trump because the Obamas’ example says it all. She says only of Trump she will "never forgive" him for spreading the pernicious "birther" conspiracy theory that Barack was not born in the US.

"What if someone with an unstable mind loaded a gun and drove to Washington?” she writes. “What if that person went looking for our girls? Donald Trump, with his loud and reckless innuendos, was putting my family's safety at risk. And for this I'd never forgive him."

4 'great, totally terrific' books describe what working with Donald Trump is really like

The pornographic actor tells yet another version of her affair with the president and the subsequent ‘cover-up and intimidation’
Voices
3 years ago
Next Article
© Wanted 2022 - If you would like to reproduce this article please email us.