4 'great, totally terrific' books describe what working with Donald Trump is really like 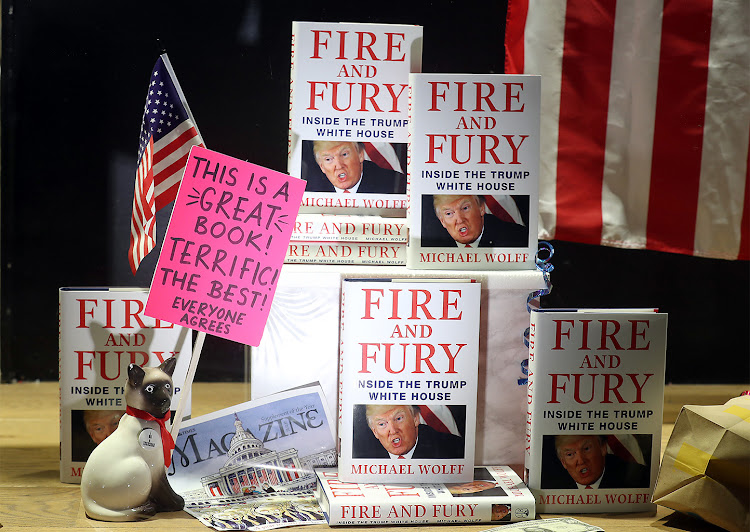 A year-and-a-half into his presidency and Donald Trump and his tweets - like the insider accounts and exposes of the reign of the mad king - show no sign of dissipating.

First there was veteran journalist Michael Wolff’s fly-on-the-wall bestseller Fire and Fury: Inside the Trump White House. Wolff claimed he was able to spend months hanging around in the West Wing picking up salacious titbits and insider gossip from a staff so busy running around doing damage control that nobody remembered to check if he should be there.

Detractors have accused Wolff of over-exaggerating but that hasn’t stopped his book maintaining a firm place on the bestseller lists since it’s publication in January.

Bill Clinton–James Patterson thriller is all guns and girls and, well, it blows

Sacked press secretary and staple of late-night US TV show ridicule Sean Spicer was next with his memoir The Briefing: Politics, the Press and the President published last month. As he was during his tenure, Spicer was roundly criticised for a book in which he bends over backwards to praise his former boss, going so far as to describe him as “a unicorn, riding a unicorn over a rainbow”.

Spicer was even accused of having been paid by Trump to write a flattering book, an charge he has vehemently denied.

That accusation was made in interviews to promote her book Unhinged: An Insider’s Account of the Trump White House by former aide and reality TV star Omarosa Manigault Newman. The book makes several revelations, based on alleged recordings she made while serving on his staff, about Trump’s racism, misogyny and disdain for his employees.

While they make her former boss look even worse than we already think he is, they’re being taken with a pinch of salt thanks to doubts about the author’s levels of access to the president and her all-too-quick “road to Damascus” conversion from staunch supporter to shocked detractor.

It is hoped seasoned reporter and Washington Post Watergate legend Bob Woodward will provide some much needed balanced dissection of the president with his Fear: Trump in the White House, due to be released next month. According to a former politician interviewed by Politico, “It’s gonna be a killer. Everyone talked to Woodward.”

Whether or not any of these books will significantly change the minds of Trump’s fan base – who the intelligentsia certainly don’t regard as “reading too good” – remains to be seen, but whatever the outcome, they’ll at least provide an immediate, if somewhat uneven, record of a tumultuous presidency.

Five dystopian novels to soothe you through 2018

Dystopian novels are like salt in a wound: they burn, but they’ll make you feel better
Voices
3 years ago
Next Article
© Wanted 2021 - If you would like to reproduce this article please email us.