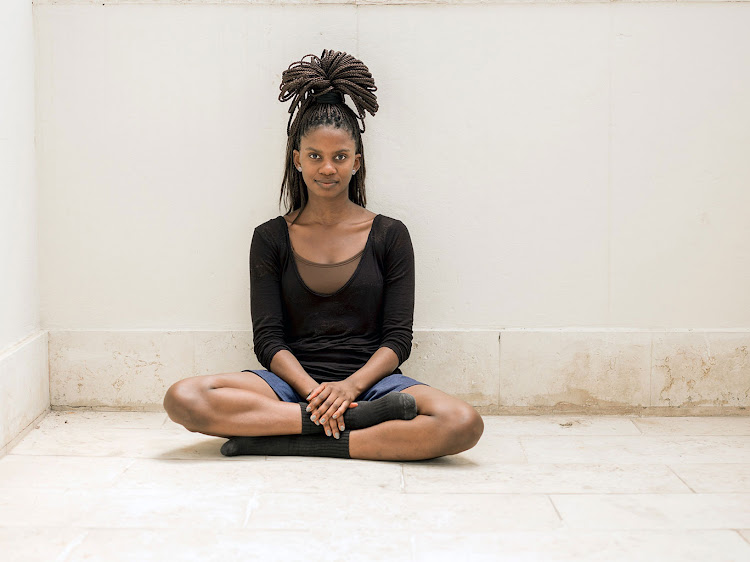 I grew up thinking: ‘I’m so aware of my body because I’m a dancer.’ But until the mirror is taken away… you don’t actually know what it feels like to dance, because you’re always relying on the reflections, checking your posture,” says Londiwe Khoza, reflecting on the transformation and complete about-turn in her approach to dance over the past year, under the mentorship of acclaimed Israeli dancer-choreographer Ohad Naharin.

The 23-year-old Capetonian is a classically trained dancer, and one of a growing community of exceptional artists of different generations, cultures, and disciplines from around the world selected to participate in the prestigious Rolex Mentor and Protégé Arts Initiative.

Naharin is artistic director of the Batsheva Dance Company in Tel Aviv, Khoza’s new home, and where she immersed herself in the dance-genre Gaga, learning its vocabulary unaided by those inhibiting dance-studio mirrors.

Sadly, ‘wrist model’ is not a category
Watches & Jewellery
4 years ago

Without conversation, healthy debate, and the exchange of knowledge and ideas, culture would surely die. What’s more, the arts are a necessary sounding board, contributing to a heathy and engaged society.

“Facilitating an enriching dialogue between artists of different generations, cultures, and disciplines is at the heart of the Arts Initiative,” says Rebecca Irvin, head of philanthropy at Rolex. “It is this passing on of art from master to young artist that formed the basis of the earliest mentoring relationships in the Renaissance, and which continues to ensure that great art is transmitted over centuries.”

Since 2002, 50 accomplished masters in the field of dance, theatre, film, visual arts, music, literature, and architecture have worked one-on-one with 50 gifted protégés. From South Africa, the list has included William Kentridge (mentor 2012-2013), Nicholas Hlobo, who was mentored by Anish Kapoor (2010-2011) and Baxter Theatre director Lara Foot who was mentored by the late great Peter Hall (2004-2005).

I met Khoza in Berlin recently during an inspiring long weekend of performances, exhibitions, and talks, which marked the end of the 2016-2017 cycle, and included luminaries such as composer Philip Glass, architect David Chipperfield, author Mia Couto, film director Alfonso Cuarón, multimedia artist Joan Jonas, and playwright/actor Robert Lepage. Strong debate over the future of arts education, a multimedia performance by Japanese-Peruvian composer and intermedia artist Pauchi Sasaki, and Khoza’s moving dance piece left an indelible impression on me.

“The only way to learn is through continuous dialogue,” Khoza says. She exudes a quiet confidence, and, despite the potential distractions of the day, is 100% present in our conversation.

“It’s crazy to think how disconnected I was from my body. I feel far more secure in myself now. It’s a far more present experience,” she says of her transformation. “I feel a lot more grounded and calm from inside out, not outside in.

Everyone is talented, yet without the passion to move, or ability to use your skill set — you are just another talented dancer

“Gaga is a movement language based on improvisation,” Khoza says. “I don’t want to use the word ‘principles’, but it’s a lot about being sensitive to gravity and the flow of energy and your senses, rather than about creating positions.

“Ohad developed Gaga many years ago as part of his rehabilitation after an injury that left him paralysed for a while. It has elements of Feldenkrais, which is about creating awareness through movement, but involves ongoing research, and is always evolving, based on lots of improvisation and tapping into different sensations,” she says.

“Ohad gave me space to figure things out, which is what I really appreciated, as it gave me time to kind of debrief and figure out what I’m doing and feeling.” This debriefing, however, was not about undoing Khoza’s years of ballet training — first through the Cape Academy of Performing Arts, followed by the neoclassical Cape Dance Company and Joburg Ballet. “I can still use the [ballet] technique that I have, but for him it was also that I had come from somewhere so different and so correct and rigid. In selecting me as his protégée, the challenge for him was how he could possibly unlock a few things and see what happens in our interaction,” she says.

Dance is one of the most physically demanding and expressive art forms, but, as Khoza points out: “Everyone is talented, yet without the passion to move, or ability to use your skill set — and without imagination — you are just another talented dancer.” Khoza has an ongoing conversation with her body and her infectious smile regularly appears as if it’s an outward expression of new discovery. Filled with passion and armed with her new vocabulary, she’s able to express herself on stage with incredibly emotive power.

WATCH | Londiwe Khoza on her dance journey with Ohad Naharin:

Johannesburg-based choreographer and executive director of Vuyani Dance Theatre, Gregory Maqoma, explains that this unique opportunity is made possible through the full year of funding from Rolex, which allows artists to truly immerse themselves in their work. Maqoma was the regional nominator for this cycle, and responsible for presenting Khoza to Naharin as a potential candidate.

“The nominators are led by the requirements of the mentors, who give clear guidelines on the calibre of protégés they’d like. Londiwe fitted what Ohad was looking for. Young, but with experience in classical dance, yet also routed in contemporary dance experience. He also recognised her passion, hunger, and curiosity,” Maqoma says.

At age five, Khoza saw a production of Swan Lake and immediately knew she wanted to be a ballerina. By the time she was 18, she realised that to pursue a career as a professional dancer she’d have to leave South Africa. As prepared as she might have seemed, she had no idea of “the awakening” that lay ahead. But thing is for sure: she was curious and ready to embrace a new journey. “I didn’t want to be a corporate dancer,” she says. “Dance is about constant research and discovery. Researching your limits to see how far you can go; discovering things about yourself. If you are passionate and curious, you can go for as long as your body allows you to.”

The Joburg Ballet moves into the twenty-first century with a series of minutes-long, contemporary videos
Art & Design
4 years ago

QSL SA in the heart of Joburg is a new concept in private membership clubs that’s a nexus for metropolitan neoterics from all over the world
Voices
4 years ago
Next Article
© Wanted 2022 - If you would like to reproduce this article please email us.