There was a time when luxury was defined not by logos or advertising campaigns, but by the hours, skills, and materials invested in a product. These eight local designers are set on bringing back those values 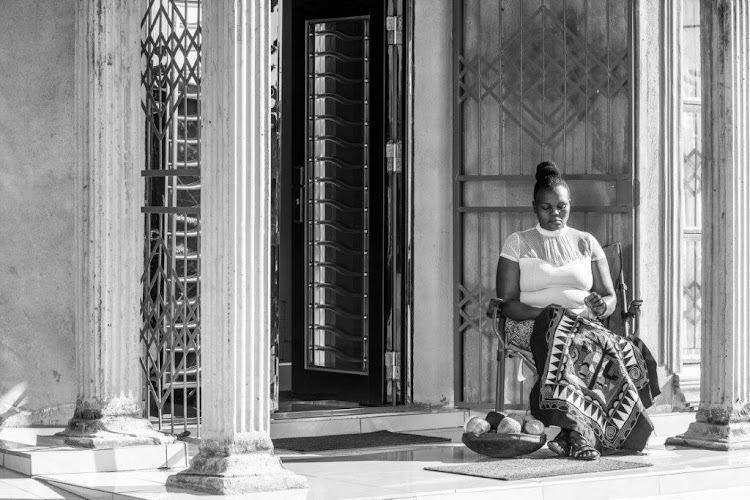 When fine artist Irma van Rooyen moved from Johannesburg to Limpopo in 1984 to start a citrus farm, she realised just how difficult life was for casual labourers in the area. “She noticed that many of the ladies would sit and wait for the picking and packing season to start, and that for the rest of the year they didn’t have any work,” says van Rooyen’s daughter, Janine Pretorius.

After much research, van Rooyen found that, traditionally, women in the region were very skilled at embroidery.

In a bid to create off-season employment, she sketched a few designs on fabric, and approached five women working on the farm to embroider them for her. “She gave them the fabric and the yarn, and they’d come and sit in the house on a blanket. That’s where the name Kaross comes from — it’s the Khoisan word for blanket,” Pretorius says.

In 1989, Kaross was officially born and, over the past 30 years, the company has seen strong growth, currently employing about 1 200 embroiderers. “Because embroidery now offers a way to make a living, people in the area are learning it again,” Pretorius says,explaining that the skill is an inter-generational one, traditionally passed down from mother to daughter.

The beauty of the initiative is that the crafters can work from home, while pursuing other business interests, raising families, and managing households. Kaross has a distribution point, where inhouse designers sketch or screenprint onto the fabric, and the embroiderers collect the materials and return to their village to work in their own homes, creating exceptional quality embroidery, in their own time, and at their own pace.

The handcrafted final products feature intricately embroidered depictions of fauna, flora, and patterns, which have found homes around the world, as well as in prominent restaurants such as Tasha’s Nelson Mandela Square.

“It’s amazing to see how embroidery has been revived in the area,” Pretorius says. “And, in turn, how so many people from all walks of life, have seen their lives enriched through what was at one point a dying art.” kaross.co.za

There was a time when luxury was defined not by logos or advertising campaigns, but by the hours, skills, and materials invested in a product. These ...
Voices
3 years ago

There was a time when luxury was defined not by logos or advertising campaigns, but by the hours, skills, and materials invested in a product. Conrad ...
Voices
3 years ago
Next Article
© Wanted 2021 - If you would like to reproduce this article please email us.