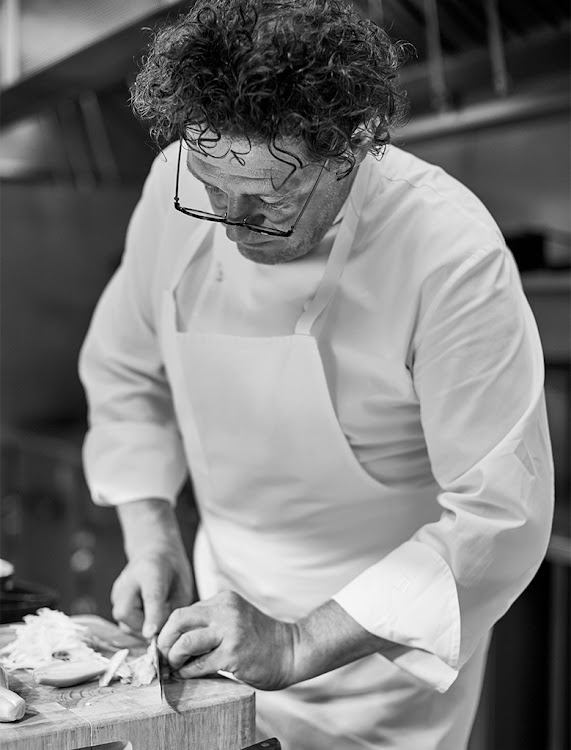 I interned in London in the late 80s and early 90s and recall the media reports when Marco Pierre White opened Harveys in the then unfashionable Wandsworth. It would be a while before my meagre salary could allow such an indulgence, so I lived vicariously through the rave reviews in The Sunday Times (UK).

It was the height of Thatcherism and spreads in magazines like The Face suggested that everyone could be a rock star or at least dress like one. Success was palpable and you could smoke in restaurants. Everyone lived large.

Nobody really ate British food unless you wanted traditional fish and chips or an English breakfast fry-up after a big night out. Fine dining was French and stuffy, but my house mates and I would save up for pay-day posh nosh at a little bistro called Le Mercury on Upper Street in Islington. My Harveys piggy bank was, however, getting heavier.

I wasn’t the only one who’d make the trek south across London, over Wandsworth Bridge for the signature Tagliatelle of Oysters with Caviar. Celebs and bankers left the comfort of Hampstead and Chelsea for his brilliance and a guaranteed entertaining night out. 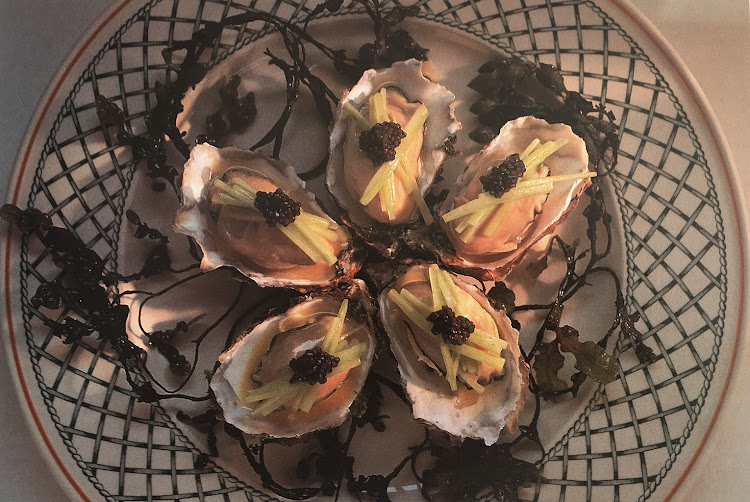 When he released White Heat, he was a tender “1990 vintage, built on a foundation of energy, honesty and quality”. He acknowledged that he still had lots to learn despite having just received his first Michelin Star not to mention a string of media awards. “Without having ever been to France”.

I re-read White Heat — a recent 25th Anniversary edition with additional memories from friends and chefs — and it’s just as entertaining and relevant now, even if a tad self-indulgent. He is a great story-teller though and that is the hook. That, his charm, rakish good looks and incredibly unique talent. “A story is way more important than a recipe. A recipe can confuse you but a story…a story can inspire you.” Reading his description of the tagliatelle and its origins, it’s no wonder the ladies swooned over him.

Twenty-seven years on and I’m sitting across the table from a very mellowed White in signature checkerboard Vans. Despite his packed schedule for the Good Food & Wine Show, he is calm, very observant and interested. He is retrospective “as one does when one is older” and is still being “controversial”: He abhors tasting menus, buys into modern farming methods and McDonald’s because “not everyone is rich, that’s their treat. I don’t get the snobbery of life.”

He is most certainly not the mad Marco portrayed in those horridly contrived reality TV shows. A disruption to the establishment, which he was, is bound to garner attention and the media particularly thrive on hyping the hot, sweaty bits of a story. This is not to say that young and outspoken White didn’t take full advantage of his situation back then. But from what he’s telling me, this Yorkshire lad has always been more private and grabs any opportunity to retreat to his farm just outside Bath where he says “I recently had the realisation I’m recreating my childhood”. 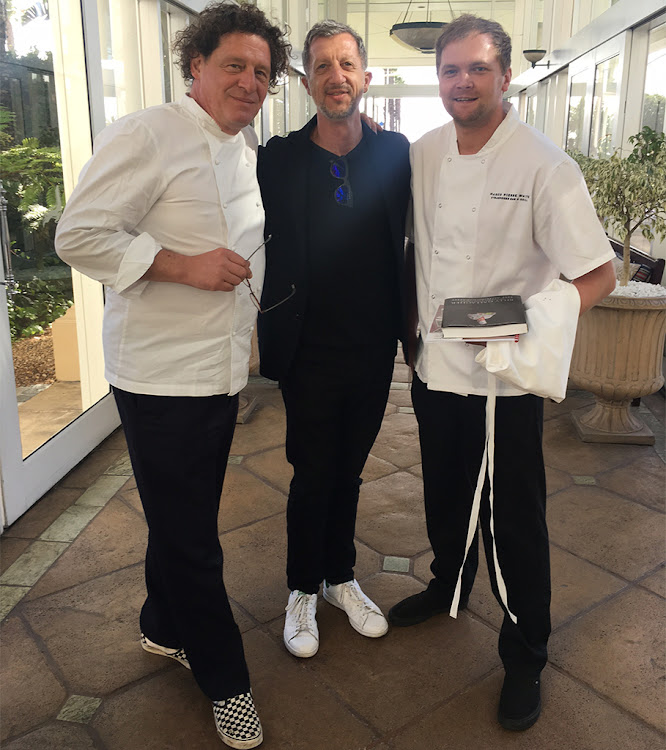 He pulled the crowds and White Heat made boys want to become great chefs. The lucky ones got to put their careers in his hands and later helped earn them their own stars. “The catering world in Britain was like the French Foreign Legion; it was the last resort of the inadequate. Anyone who fell out of school went into catering.” In White Heat he described himself as “the closing chapter on the 80s. A finale.” A decade started with great chefs like Anton Mosimann, the Roux Brothers at Gavroche, Pierre Koffmann. He was, as he says, the offspring of them all, “a hybrid” and changed the image of British cuisine. Where does he place himself now?

“Once I was a revolutionary, now I’m a dinosaur.” He jokes, however, despite having no social media and a Nokia phone that is 12 years old, he still manages to attract hundreds of thousands of food-crazed teenagers around the world who fly in to meet him.

“When we are young, what’s most interesting is we have all this knowledge and we feel we have to use it and we over work our food. We are all guilty of that. But then as we start to discover ourselves as people then our food starts to simplify and become about what’s in us. You can tell a lot about a chef by how he puts something on a plate. You can tell how insecure he is. To serve 24 courses of canapé on a plate, it’s conveyor belt cuisine. How insecure. Have the confidence to cook the perfect roast chicken, serve it hot and making it absolutely delicious. Can you imagine that?”

Marco’s Great British Feast on ITV got my attention in 2008. More History Channel than Food Network, White was on a mission to rediscover all that is great about British food. Fish pie, venison tartare, soused herrings, from traditional classics to long forgotten dishes all the while adding his twist — quite often shocking his diners and rocking the establishment once again.

“Good cooking is lots of little things done well. The classical marriages are the foundation of all good cooking… you must use your brain to rethink them, make them relevant, give them a contemporary beauty.”

White was trained in the classic French style as that was considered the high art of cooking and still is today. He’d not set out to become a chef but at the Box Tree at Ilkley, West Yorkshire he found his “obsession” with food. His father, grandfather and uncle had all been chefs and that’s “something you just did back then in working class Britain” but he says he caught the bug at the Box Tree and it became “terminal”.

From Britain to Denmark, New York to Sydney, it appears that at the heart of every great chef’s food is the discipline of French cuisine. “The French school of gastronomy is without a doubt the most intelligent cuisine in the world. It’s the most refined. Every great chef should have a foundation in French. If you look at the boys at El Buli: French method into Spanish cuisine.”

“I believe that Mother Nature is the true artist. We’re just the cooks. I believe in feeding people well. That’s the most important thing. I don’t think it’s about little knick-knacks on a plate and serving 24 portions of them. Luke warm food at best. Tepid food. Being told what it is, how to eat it, then two minutes later asking if you enjoyed it. I don’t want to eat the chef’s ego. I want to indulge. Food should always be about indulgence in my opinion. The most poisonous source in the kitchen is a chef’s ego.”

Marco Pierre White is one of the headline chefs at this year’s Good Food and Wine Show. Watch him cook or book a place at a chef’s table at the Johannesburg event, taking place from 28th to 30th July 2017.