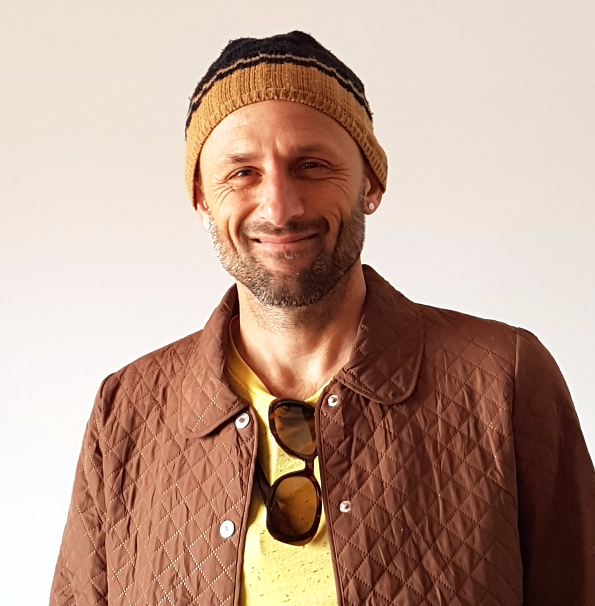 Describe the colour yellow to a blind person. My brother's old bedroom had yellow curtains (it was the 80s). It was eggy and womb-like.

What’s the most interesting thing about you that we wouldn’t learn from your CV? In 1993 I lived in Paris on R15 a day. Also, as a kid I won a cereal-eating contest.

What are you known for? My work often involves unusual materials and labour-intensive processes.

Teach me something I don’t know in the next five minutes. Cut a carrot into ribbons; slice some small salad onions obliquely; stone and halve some black olives. Mix these with lemon juice and crushed chili. Leave for an hour, stirring regularly. It's all about the olives.

What inspires you? Anything that compels me with its colour, texture, form, scent or sound.

What’s the last thing you watched on TV and why did you choose to watch it? I've never had TV, though I do stream things these days. Most recently I streamed a Graham Norton Show. It's hilarious.

What was the last gift you gave someone? I gave an old denim jacket to my niece.

What do you think about when you’re alone in your car? I rarely drive, so I'm probably thinking that my bike makes more sense. Or, I love aircon and this Beachwood Sparks track. 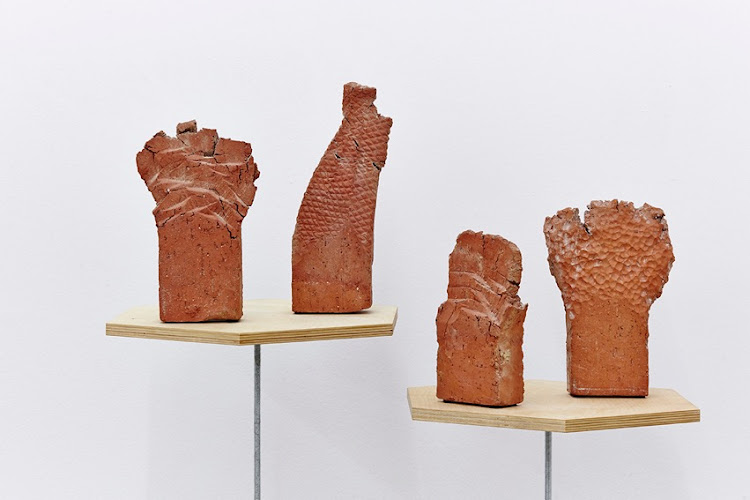 You’re a new addition to the paint box. What colour would you be and why? A dirty blue. It's an incidental colour.

How do you handle criticism? My own is harshest, so if someone else's penetrates, I listen.

What is the first thing you do when you wake up in the morning? I telepathically encourage my wife to make tea.

Tell me about a time you did the right thing and no one saw you do it. I regularly help old folks cross the road.

What do you worry about, and why?The loss of mature trees in my neigbourhood and on the planet worries me. I'll worry more if I have to explain why.

How do you define success and how do you measure up to your own definition? Possibly success is never doing things you don't want to. That can be a case of, 'If you can't be with the one you love, then love the one you're with'.

In the second of his series of interview sessions with leading African artists, Mike Abel of M&C Saatchi Abel chats to Diane Victor and enjoys an ...
Voices
5 years ago

Give me an example of when you failed at something. How did you react and how did you overcome failure? I exaggerated the seriousness of my practice, and bought the myth of the suffering artist. I was able to step back and formulate a more agile approach, a lighter touch which does not preclude the possibility of seriousness.

Would you rather be liked or respected? Both, please.

What is the last book you read? 'The Brain that Changes Itself' by Norman Doidge.

If someone wrote a biography about you, what do you think the title should be? 'Who'd Have Thought?'

What makes you angry? Our lack of civility.

What was the biggest risk you ever took and what did you learn from it?
Early on I struggled to sell work, so I made an exhibition which was unsellable. It was tremendously liberating, and had a paradoxical effect on my career.

What’s your most significant project? Tell me about it. What did you get/reach? How? Soon after my father died, I produced a show called 'Season', which explored how I was drawn into a more intimate relationship with natural phenomena during this time. My gallery didn't quite get it; sales were poor. Ultimately I was liberated from what was a dysfunctional relationship with them and I took the opportunity to re-examine my approach.

If you were a brand, what would your motto be?A little je ne sais quoi and a bunch of What the F*#@!

Launch of Circa London will expand Europeans' view of ...