An insiders’ guide to eating and drinking in New York City

Exploring every nook and alley of a city like New York brings me huge joy. However, when the adventure ahead is limited to only a couple of days (and by a weak rand) it helps to have some more personalised directions from the insiders. I called on trusted friends who’ve made the city their home. From restaurants and bars, to shops and galleries, here are their (and my) tried and tested favourites.

Celebrated for his flamboyant stage persona, this South African visual artist and musician is known for his fusion of contemporary electronic sounds and traditional African music. His new EP has just been released and he calls his new direction “a reverse version of Paul Simon’s Graceland”, fusing African sounds with a variety of American musical styles. He has teamed up with an impressive list of musical masters such as drummer Steve Williams (De La Soul, Sade, Digable Planets) and Paul Frazier on Bass (David Byrne, Chic, Chaka Kahn, Arrested Development, Digable Planets). The new sound is best summed up by Ferreira: “a fusion of traditional South African music, Afrofunk, 60’s Pop, Soul and Psychedelic Rock accompanied by an undertone of Electronic sound”.

1. Lucien, 14 1st Avenue: A French bistro that attracts the who’s who of our contemporary times but also makes the best lamb chops in town.

2. Indochine, 430 Lafayette St: A restaurant that can last 25 years in this city and still be top quality is certainly a gem that shines on.

3. Llama Inn, 50 Withers St, Brooklyn: Something new. I was lucky enough to meet the chef Eric Ramirez some years ago before he opened up this place. It is some of the most delicious food I have had and that’s saying something as in NY there is a world of options. 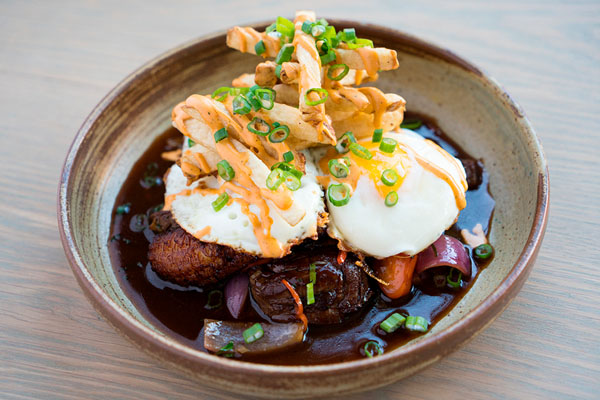 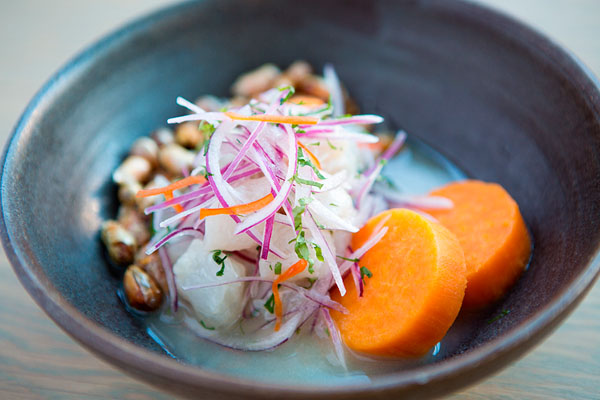 This master mixologist, author and New York bar owner is redefining the cocktail as we know it. Currently on a sabbatical in residence at Cape Town’s trend-setting Outrage of Modesty, he creates one-of-a-kind libations from blends of his unique liquors, tinctures, fresh herb infusions and spices. He is founder and co-owner of the Manhattan Cricket Club and The Summit Bar and author of Alchemy In A Glass: The Essential Guide to Handcrafted Cocktails.

1. Manhattan Cricket Club, 226 W 79th St, NY: A perfect hideaway for late afternoons or late-nighters, this is a modern bar but with the right twist of old school.

2. Blue Ribbon Brasserie, 97 Sullivan St at the convergence of the West Village and SoHo: A friendly bar serving neighborhood regulars since 1992. Try the beef marrow with oxtail marmalade or a selection of local raw oysters that are shucked in front of you at the bar.

3. La Boite, 724 11th Ave: Over the road from The Daily Show recording studios (733 11th), you might also catch Trevor Noah on this side of Manhattan. Greg gets all of his spices for his cocktails from this spice and biscuit boutique. As an added treat try their Smoked Salt No8 pretzel and chocolate bar.

SA-born, New York-based superstar milliner who has collaborated with the likes of Marc Jacobs, Proenza Schouler, Carolina Herrera, Diane Von Furstenberg and Alexander Wang. And his hats are sold in Barney’s New York and Bergdorf Goodman.

1. The Oyster Bar at Grand Central, 89 E 42nd St: Albertus told me about the Oyster Bar years ago and now I swing by whenever I visit. They’ve been open since 1913 and serve ‘the freshest seafood in New York’ from this grand cave at the main station.

The South Sudanese-British model and designer requires little introduction. She has made the recently gentrified Fort Green in Brooklyn her home.

2. Walter’s, 166 Dekalb Ave: While in this trendy neighborhood, try one of my brunch favourites. At Walter’s there are perfectly wholesome options but their fried chicken and waffles are a yummy, perfect cure to a slow starter.

Zoja is a jet-setting jewellery designer based between Cape Town and New York. Each piece of her jewellery is inspired by her journeys, influenced by the vibrancy and diversity of the world she explores. The perfect NYC guide!

1. Los Tacos, in Chelsea market, 75 9th Ave: A pit stop at the market for the adobada pulled pork taco and carne asada quesadillas is essential during a trip to the city.

2. Ed's Lobster Bar, 222 Lafayette St: A buttered lobster roll with a crisp glass of white wine when it is summer in the city.

SOME OF MY PERSONAL FAVOURITES:

3. Whitney Museum, 99 Gansevoort St, NY, Meatpacking District: This is the new home of the Whitney and well worth a visit for both permanent and temporary exhibition programmes. Pre-booking recommended. whitney.org

Take a walk along The High Line, a lush park built on an elevated section of a disused railroad spur with garden design by Piet Oudolf of the Netherlands.

4. R&Company, 82 Franklin St: The gallery features a collection of both vintage contemporary pieces by star designers.

6. New Museum, 235 Bowery, NY: This is the leading destination for new art and ideas and is Manhattan's only dedicated contemporary art museum.

7. Morgenstern's Finest Ice Cream, 2 Rivington St: After a visit to the New Museum treat yourself to a couple of scoops of coconut ash ice cream.

8. Russ & Daughters, 179 E Houston St, NY: A stop-over on route to the New Museum, this institutionalised traditional Jewish deli is so popular that they opened a sit-down cafe nearby on 127 Orchards St.

9. Egg Restaurant, Williamsberg, Brooklyn: Here the focus is on all-day breakfast, because it’s the best part of the day. More specifically, the focus is on egg so try the ‘Eggs Rothko’, a perfect toad in a brioche hole, topped with Grafton cheddar. Served with broiled tomatoes and a side of bacon.

10. Radegast Hall & Biergarten, nearby at 113 N 3rd St, Brooklyn: Something of an institution, it has more beers from around the world than you could consume in a lifetime. Try the Hofbräu Dukel.

The New York restaurant secured No 1 spot in the 2017 list of the world’s 50 best restaurants at a ceremony in Melbourne last week
Navigator
3 years ago
Next Article
© Wanted 2021 - If you would like to reproduce this article please email us.