Swish and summery times beckon at The Winchester Hotel 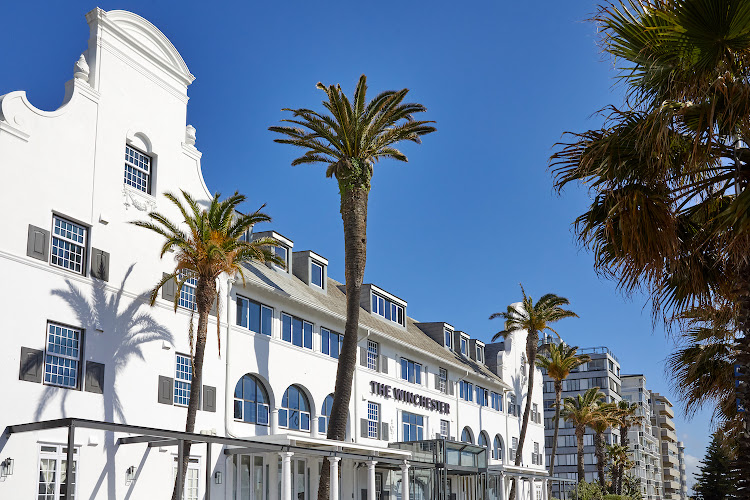 The Cape Town suburb of Sea Point looked rather different back in 1922. Trams trundled along the Main Road, while steam trains chuffed past Rocklands beach on the seafront line that connected the fast-growing suburb to the city centre.

The paint was only just dry on the popular Sea Point pavilion, and curious locals stopped by to watch the beginnings of a sea wall under construction. This would be, quite literally, the foundation of today’s much-loved Sea Point Promenade.

While the stonemasons kept the Atlantic at bay, just back from the beach, the first residents were no doubt admiring the graceful lines and enviable locale of the Winchester Mansions, a swish new apartment block for the city’s well-to-do.

Through the century the property morphed from private apartments into a hotel, and slowly into one of the city’s most elegant seafront destinations.

But a century after it was first built, it was time for a rethink. And, despite the pandemic-induced downturn in travel, after a R90m revamp, Newmark Hotels has relaunched a boutique destination on the city’s ever-popular Atlantic seaboard.

Towers and tea in Taiwan

Taiwan may not be a typical playground for South Africans, but its beautiful mountains, lakes, and gorges, as well as its hospitable culture and safe ...
Travel
6 months ago

Now rebranded as The Winchester Hotel, the update is evident the moment you step from an Uber to the front door. A striking steel and glass portico frames the entrance, adding a dash of glamour to the Covid-19 protocols. Indoors, the colour palette of monochrome black-and-white tiles carries through to the refreshed courtyard. Here, wide-striped umbrellas offer plenty of shade, while colourful bougainvillea climbs the walls to the upper floors. Just a few days after reopening, the space already was thronged with curious locals and happy tourists. 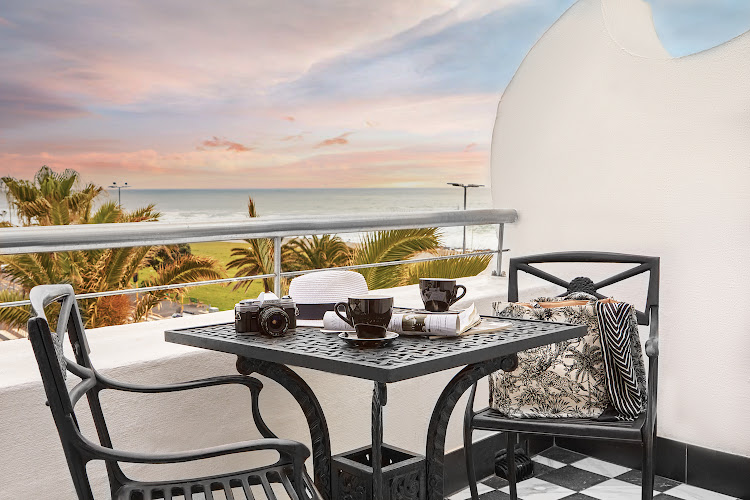 Upstairs, The Winchester’s 76 rooms and suites remain, each thoroughly updated with contemporary décor that retains a hint of the hotel’s rich heritage. Pay attention to the bathrooms, beautifully redone by SOURCE Interior Architecture with glamorous touches from elegant, free-standing baths to champagne-hued brushed-metal fittings. Aside from the spacious Executive Suite, with its private ocean-facing terrace, the best rooms are the pair of Loft Suites with balconies overlooking the Sea Point promenade. Be sure to book ahead. 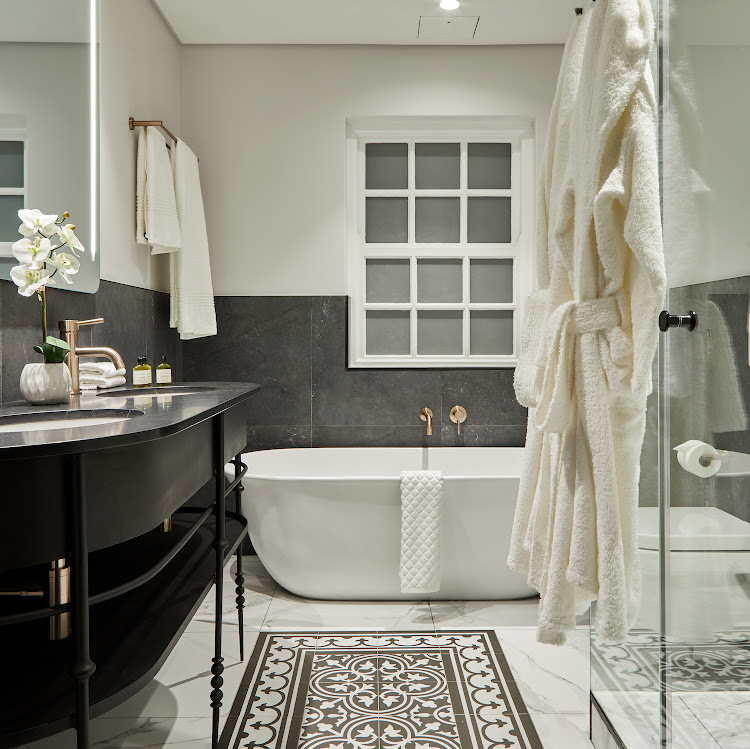 The bathroom at The Winchester Hotel.
Image: Supplied 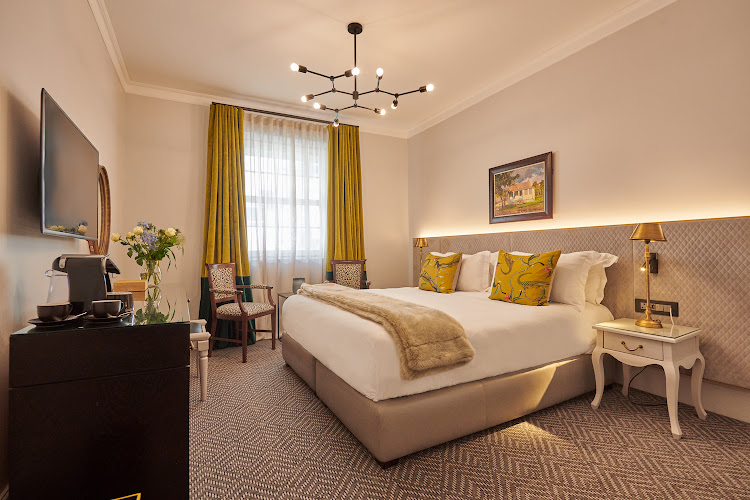 The Classic Room at The Winchester Hotel.
Image: Supplied

Downstairs, the pool area has also been given a refresh, with the monochrome motif creating a surprisingly elegant escape from the bustle of the surrounding streets. A new spa is also in the pipeline, and the famous jazz brunches are due to be rebooted once the hotel settles in. 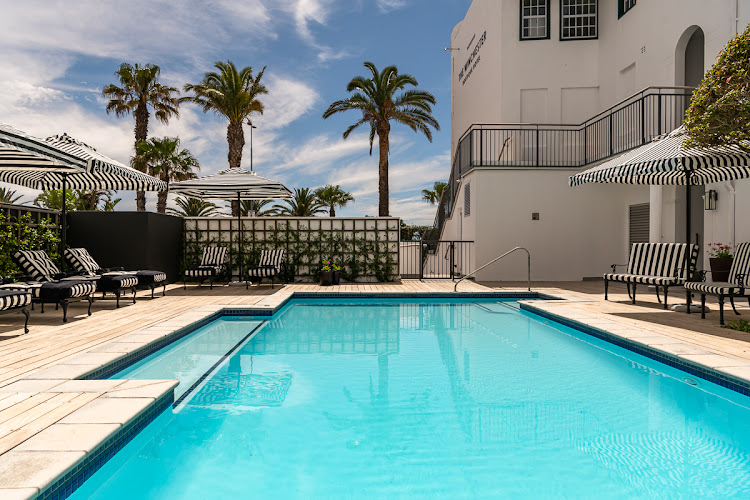 The pool area at The Winchester Hotel.
Image: Supplied

Even if you’re not staying the night, The Winchester is worth a visit thanks to Shoreditch House, the reinvented restaurant offering that takes full advantage of the streetside terrace overlooking the Sea Point Promenade and Atlantic Ocean. Restaurateur Rory Jossel — also at the helm of YU in the city centre — has pulled together an appealing menu of small plates and flame-inspired mains. Behind the scenes the kitchen has been redone to include a new charcoal grill, and head chef Tim Pick puts the fire to good use on everything from fire-roasted cauliflower to a superb beef short rib, slow-cooked and finished with a teriyaki glaze. 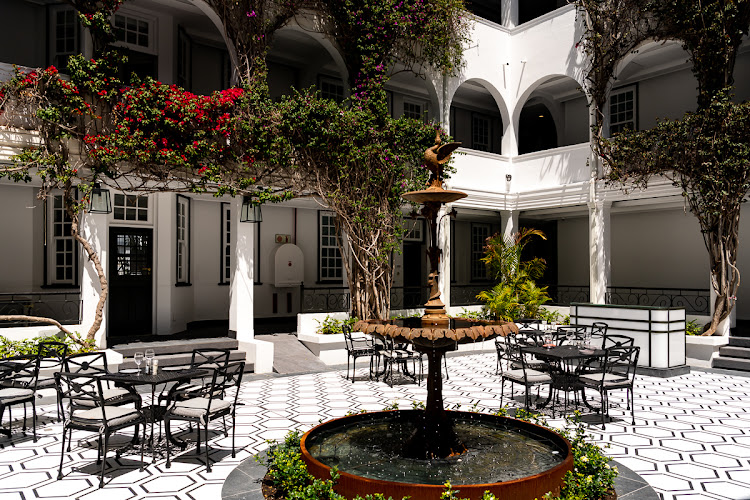 It’s a menu built for sharing, with a handful of small plates, four mains and a half-dozen creative side dishes. If there’s a quibble it’s that vegetarian options are limited to one of the starter plates, and the selection of sides. But as the kitchen settles in they’ll surely expand the offering. 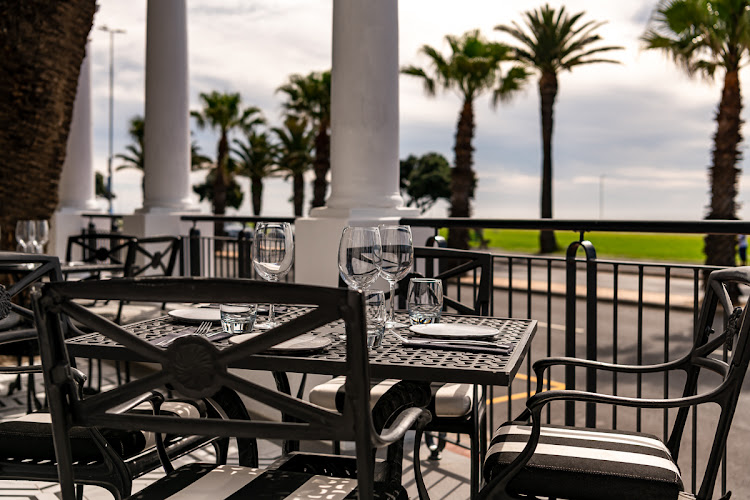 The wine list is also a highlight, filled with boutique producers and offering an admirable selection by the glass. It’s perhaps best explored in the adjoining Harvey’s Bar, where a separate terrace delivers more sea views over a glass of the Cape’s finest, or a classic cocktail.

After 18 months in which local hospitality has been devastated by lockdowns and booze bans, the brave investment and bold new look at The Winchester is to be applauded. Whether you’re staying the night, or stopping for sundowners, be sure to pay it a visit this summer.

Back on the street: Durban

Culture, location, and music come together in a Namibian destination that’s inspired by connection of all kind
Travel
6 months ago

These four lodges will not disappoint when it comes to family-friendly safaris
Travel
6 months ago
Next Article
© Wanted 2022 - If you would like to reproduce this article please email us.