Aweh Kaapstad walks you through the history of Kalk Bay 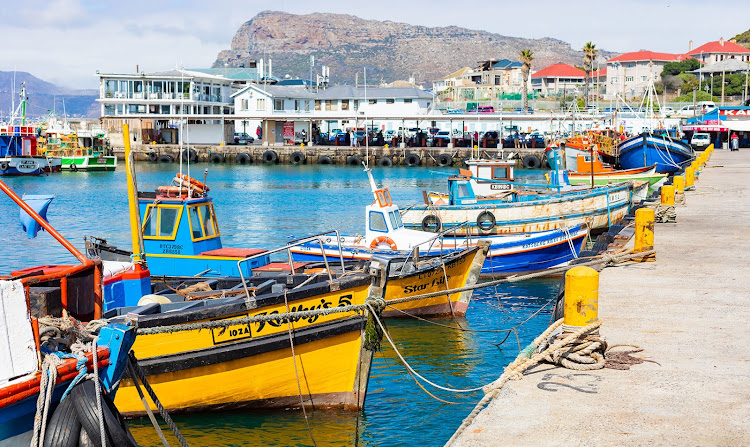 We meet at the end of the Kalk Bay harbour pier, near the lighthouse, at 10am on a Sunday morning. Along the quay are groups of elderly fishermen, some with their children. Large, lazy seals doze in the morning sun and a few people mill about stimulating feel-good hormones. There are no tourists, unless you count the small group of Capetonians who have gathered to meet Aweh Kaapstad’s founder, Traci Kwaai.

Kwaai is giving us a walkabout through the neighbourhood where she grew up. Before the walk starts, we sit along the harbour wall to hear about the history of Kalk Bay, which is also the history of Kwaai’s heritage. We have a view of the village, with the fishermen’s flats on the left and St James on the right. The beach is in front of us, beyond the harbour structures. The harbour is in the section of Kalk Bay known as Die Land, the next section along towards Muizenberg is Die Middeldorp, and beyond that you’ll find Die Dam. There is a park and wash house in Die Dam where Brown people once washed clothes for rich, white residents and holiday makers. Freed slaves, who became used to washing clothes for their owners, took these labours to the market.

These walkabouts, Kwaai says, are about keeping the integrity of her community. She’s not interested in either conventional or poverty tourism. Her Sunday-morning walks are about telling the story of growing up along the False Bay coastline, foraging for food in the sea and the mountains, the arrival of the slaves, Filipino fishers, colonial tourists, and about Kalk Bay’s fishing community.

Her stories deal with the generational trauma of the people who have lived here for centuries: the community’s destruction by apartheid, and the effect of this on each person. “I tell Brown people’s stories, which include my own story. Every week I walk past my mother’s house. She died when I was 11. I walk past the flat where I was raised by Aunty May. I walk past the school I struggled every day to attend. There is the trauma of the Slums Act, the Group Areas Act, of killer storms… but there is also the joy and the happiness of healing,” says Kwaai over a cup of coffee a few weeks after the tour.

In December last year, Kwaai was invited to open Andrew James Hofmeyr’s exhibition at the Artvark Gallery. The audience was enthralled by her speech about the fishing community, which birthed a demand for more story-telling. Ever since, she has been doing weekly walks.

There were about 10 other people on the walk I did with Kwaai through an area most of us knew only for its quaint shops, ice cream, and pretty boats. Tourists from up country and from overseas, and day trippers from the surrounds, love the village, but many of us know little of the history of the flats above the harbour. 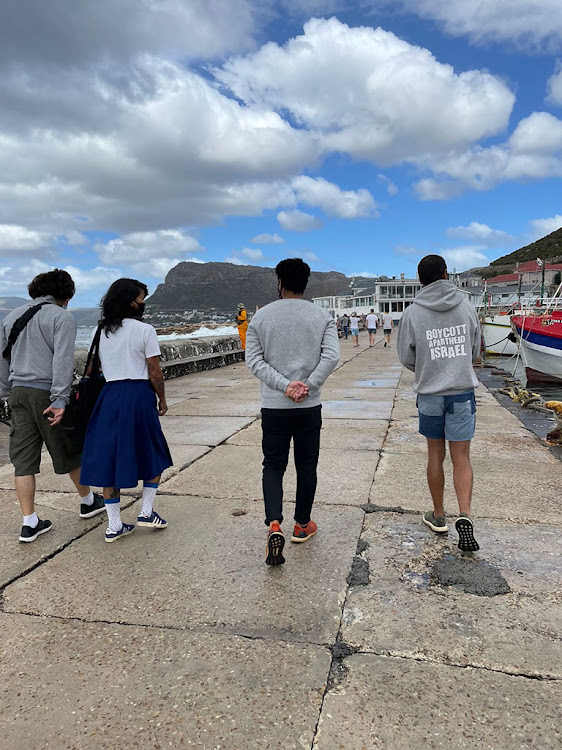 Traci Kwaai, second from left, guides walks through the parts of Kalk Bay where she grew up.
Image: Jackie May

Although there is evidence of people living here earlier than this, the Kalk Bay village is said to have been founded in the 17th century when free burghers who caught fish and collected limestone for slaves and settlers in Cape Town lived here. The protected False Bay cove was used as a mini port for the Dutch, and, in the 1800s, the town became a whaling station and an increasingly popular seaside resort. In the 1800s too, Filipino sailors arrived at the port due to a shipwreck. Freed slaves arrived from Batavia, Java, and Malaysia.

One of the key developments for the area was the railway line, built in 1883. This further stimulated the fishing trade, and a population boom. The area around Die Dam become crowded and, after the passage of the Slums Act of 1934, homes were destroyed by the government.

The fishermen and local residents protested and the fishermen’s flats were built. In 1967, Kalk Bay was proclaimed a white area amid the Group Areas Act. Families were evicted but, after opposition from the local residents, Die Dam’s residents were allowed to stay for 15 years, although this deadline was never enforced and Kalk Bay remained one of the few mixed-race areas in South Africa.

After Kwaai’s introduction to the history to the village, we start to walk up towards the flats, past the boats where Aunty Ferial is flecking freshly caught fish. A whale bone, probably dating from the 1800s, is our first stop. We stop every few metres to hear an anecdote about a family — some from Greek or Malay heritage, others of British descent. We walk towards the quadrant between the flats where we stop for a break. But first, Kwaai runs into her cousin’s home to collect our treats. The traditional Cape Malay koesisters are warm, freshly dusted with desiccated coconut when we eat them.

Sitting on the ground in the sun between the flats, Kwaai describes the tenants and owners. We eat and listen. The history of the families; the old fishermen; the local school. We hear about storms and death, about marriage and births. The tour ends across the road, at the side entrance to the Olympia Café. The stop is not insignificant. Kwaai was one of the three waitresses to work at the café when it first opened in 1997. Before she worked in this building, her grandmother worked as an usher in the “non-white” upstairs section when it functioned as a cinema.

The story of Kalk Bay is a story of two histories.

• Book a R250 walk at awehkaapstad@gmail.com

Go on a marine adventure with Tintswalo at Boulders

Five reasons to break away to Bosjes Estate in the Breedekloof

Feel right at home at the new, multi-use hotel — a stylish, über-cool spot to stay, work and play in the Mother City
Travel
1 year ago