Who needs an island retreat when you’ve got these KZN coastal getaways on your doorstep? 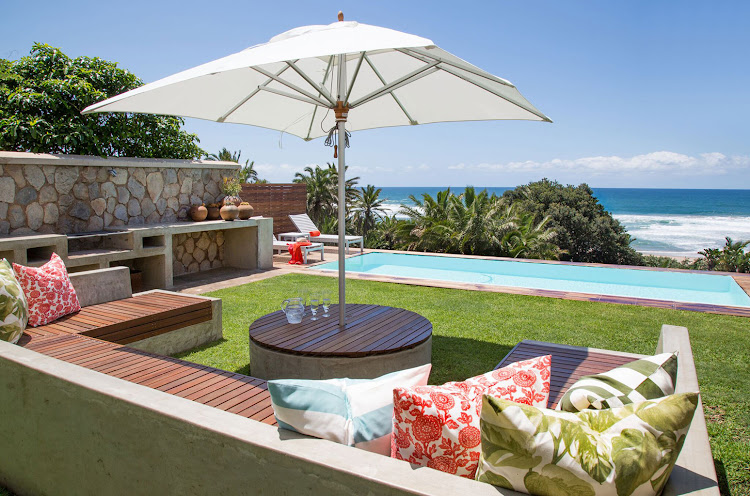 The wow factor: Despite being a stone’s throw away from the bustling Umhlanga village, Teremok Lodge feels like an escape, nestled as it is amongst towering milkwood trees, one of which was already a giant when the house was built in the 1950s. The history of Teremok harks back to the days when Umhlanga was an outpost of Durban and a Russian expat built a holiday home that he called Little Hideaway, or Teremok in his native tongue. Debbie Davidson and her daughters, Kim and Tracey, now run it with the same passion for the property as its original owners. The eight suites are all individually designed to acknowledge different elements of the property’s history and make for a fascinating part of your stay. The breakfasts are sublime, the spa heavenly, and you can while away the hours poolside or by walking to the beach or nearby restaurants and shops. 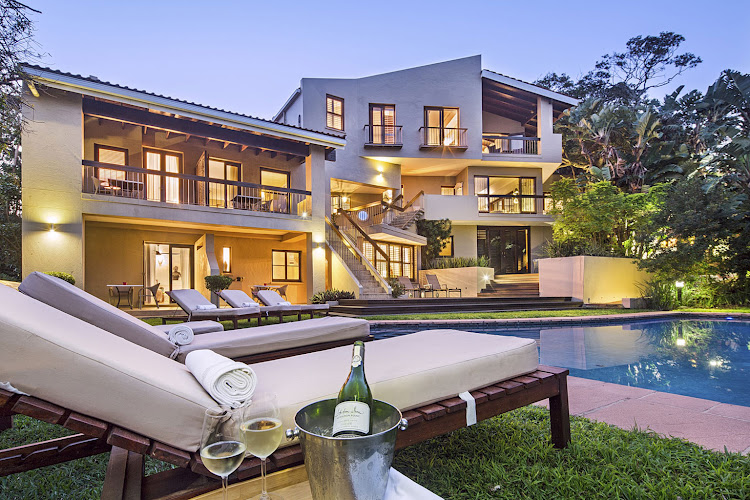 The wow factor: If the thought of reconnecting with nature in a wood, thatch, and glass room surrounded by indigenous coastal bush that’s nestled in undulating dunes just a stone’s throw away from a pristine beach seems like heaven, Thonga Beach Lodge should be top of your list. The luxury lodge is eco-sensitive and built to create minimal environmental impact while affording guests maximum privacy. Choose from ocean or forest views and opt for a room with a private plunge pool. The iSimangaliso Wetland Park is a Unesco World Heritage Site and guests can enjoy a variety of exceptional encounters with nature, from night walks to viewing turtles hatching and scuba diving among magnificent coral reefs to guided forest walks and sundowners at the lake. Enjoy delicious meals under a canopy of trees and while away the day on the beachside deck or relaxing in the spa. 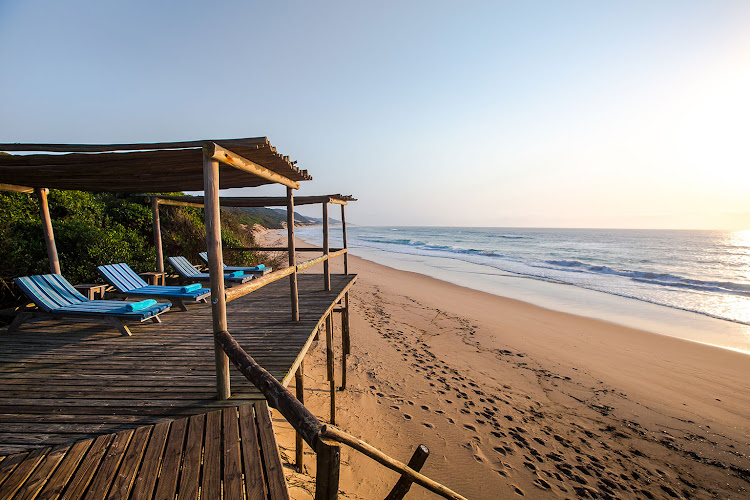 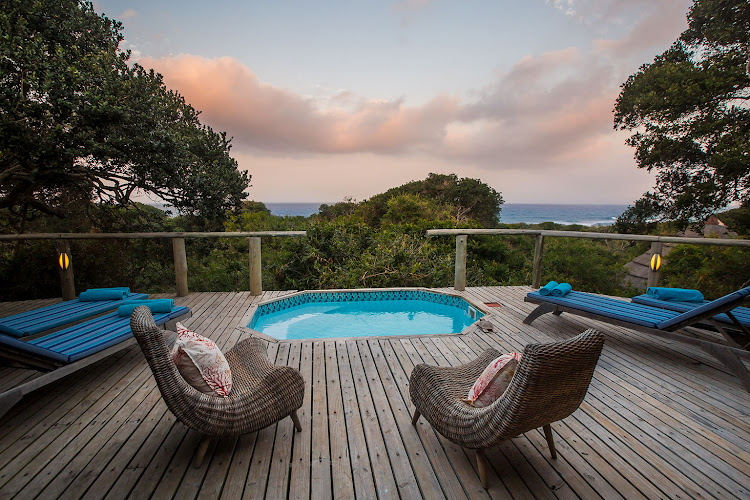 The wow factor: This renovated cottage right on the beach in the popular seaside hamlet of Marina Beach has uninterrupted sea views and direct access on a secluded beach, making it the ideal South Coast escape. With 340 days of sunshine, spending hours on the sand or poolside is a given, but on the days when the wind comes up, there’s a protected courtyard complete with pizza oven to ensure that even inclement weather can’t interrupt a fabulous retreat. The house is well-thought-out with a series of nooks to unwind with a book both indoors and out, and all four bedrooms boast seaviews. It’s the perfect spot for a family getaway that combines the best of nostalgic beach holidays and contemporary travel. The wow factor: Right across the road from Umdloti Beach, this spacious house balances style and ease with contemporary coastal décor and expansive sea views. The blue-and-white palette and tropical touches connect the interiors with the cleverly designed exterior spaces, including a patio overlooking the waves and a sheltered courtyard behind the house featuring a pool and dining area. Art, books, and interesting objects are arranged throughout and a proliferation of plants blur the boundaries between indoors and out. A covered veranda and braziers allow for outdoor living even on winter nights making this an ideal seaside haven all year round. 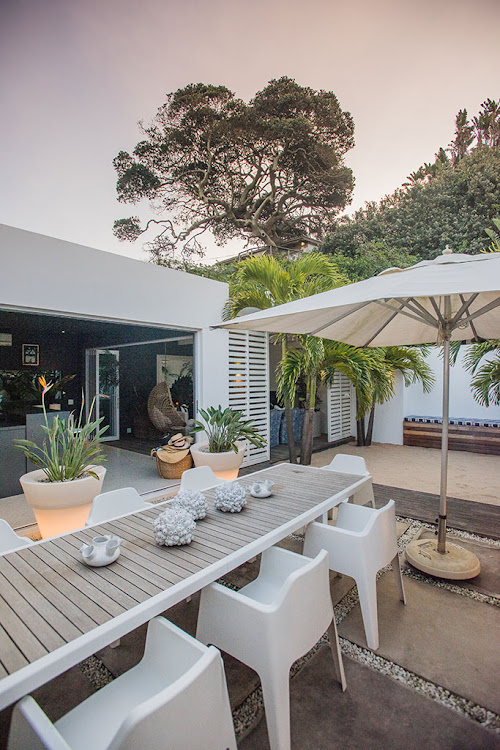 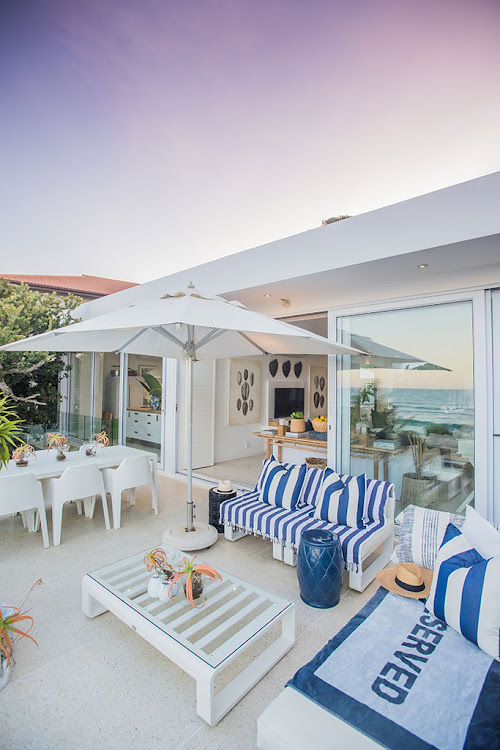 The wow factor: It is undoubtedly the location that makes guests say “wow” at Zinkwazi Laguna — it’s on the edge of the lagoon with a view of the beach and ocean beyond. The open-plan layout and the spacious outside areas and garden are irresistible, as is the balance of tranquillity and action available. Guests able to choose to alternate days by the pool and on the beach with action-packed adventures like stand-up paddling and water skiing. This is the ideal spot for families and friends who love to holiday together in style and comfort with plenty of space for everyone — the house sleeps eight adults and eight children, in a dorm room they will adore. Zinkwazi retains a sense of peace and calm even at its busiest times, making this a true escape.

Nine luxurious bush lodges in SA for that long-awaited getaway

From the Western Cape to Limpopo, try out these exclusive and gorgeous spots for your first escape
Travel
1 year ago

Five hotel bars in KZN to suit any taste

Whether you’re after a cocktail to get the party started or a quiet nightcap, there’s a hotel bar in Durban or Ballito that fits the bill
Food & Drink
2 years ago

This KZN country hotel ticks all the boxes, with great food, quirky decor and gorgeous rooms
Food & Drink
2 years ago
Next Article
© Wanted 2022 - If you would like to reproduce this article please email us.