Visit Upington, the hidden gem of the Kalahari

The 'Desert Rose' is a verdant enclave surrounded by breathtaking, arid expanses 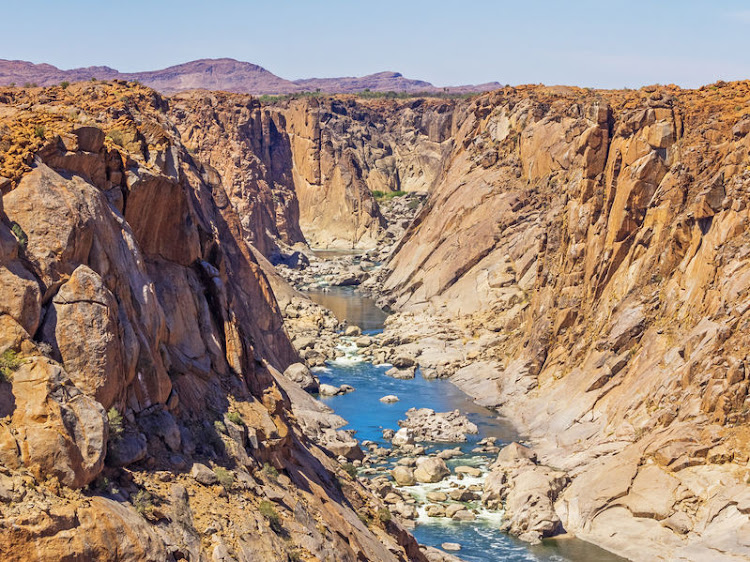 The Orange River Gorge below the waterfall in the Augrabies Falls National Park.
Image: 123RF/David Steele

Upington, on the banks of the Orange River, is a welcome oasis in the arid Northern Cape. This sun-drenched town has long been under the radar but is well worth a visit for travellers looking for somewhere out of the ordinary.

The Orange River flows into flood plains that feed a lush landscape — a mix of rich reds and deep greens that are the backdrop to the town. The fertile land supports a blossoming fruit and wine industry.

Wine lovers should put Orange River Cellars near the top of their Upington to-do list. There are vineyards stretching along 300km of the Orange River, and the region’s winemakers choose only the best grapes to transform into world-class, award-winning wines.

Matthew Savides explores three ultra-plush camps in Botswana which offer amazing game viewing and a fascinating insight into survival in one of the ...
Travel
5 years ago

Further along the Orange River lie the magnificent Augrabies Falls. The KhoiKhoi named the waterfall “Ankoerebis”, which, appropriately, means “place of great noise”. Later, passing Boers derived the name “Augrabies” from the original.

The surrounding Augrabies Falls National Park provides sanctuary to an astonishing array of animals, birds, and plants. With both extremely high and extremely low temperatures, life here needs to be diverse and resilient — and visitors will not be disappointed by the incredible natural beauty on display.

The park is also a perfect example of how animals can adapt to not only survive, but also thrive, in different conditions. Here, the giraffe population is considerably lighter in colour than those found in other South African reserves, and this variation allows them to counter the searing summer temperatures. 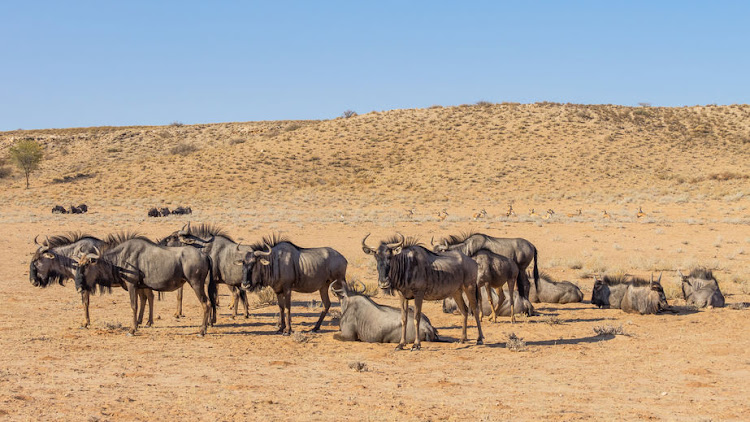 Upington is also the gateway to the iconic Kgalagadi Transfrontier Park. Here, the terracotta dunes of the harsh Kalahari Desert are home to abundant and diverse wildlife. Some of Southern Africa’s largest lion prides roam the plains, and the park was declared a lion conservancy in 2005.

It is one of the few places where tourists can see rare, black-maned lions in the wild. These lions are the same species as those found across Africa; however, their sheer size, coupled with their striking manes, make them seem more regal than the lions found in other regions. Throughout Africa, lions are battling extinction and, according to the African Wildlife Foundation, could vanish by 2050. Places of preservation and protection, like the Kgalagadi, then become all the more important.

The Spitskop and Witsand nature reserves lie even closer to Upington. While they are significantly smaller than the Kgalagadi Transfrontier Park (which spans vast areas of South Africa and Botswana), they also boast an incredible range of wildlife. The Spitskop reserve is known for the explosion of flowers that bloom after the summer rains, carpeting the usually sandy flats and rocky outcrops, while Witsand’s white sand makes for a dazzling contrast to the shimmering red sea of the Kalahari dunes.

There is plenty to do in the town itself, where cosy coffee shops, eclectic craft markets and fascinating museums make this quaint little town a perfect winter getaway.

• Airlink connects you seamlessly to Upington with direct flights from Johannesburg and Cape Town. For more information, or to book, visit Airlink's website.

Fly with Airlink to Nosy Be, a Madagascan island paradise just four hours from Joburg

• This article was paid for by Airlink.