An ode to lesser-known Jozi

A recent returnee explores, and finds, a hidden side to Joburg that has her falling in love all over again

I’ve just moved back –moved home, as it were – to Johannesburg, and I’m trying to revivify my relationship with the city. What I think I am beginning to understand is that one’s love for a city is tantamount, in many respects, to one’s intimacy with it. We are wont to really love a place only once we have finally fractured the glossy veneer by which it is known to tourists, once we have found out for ourselves the important crevices their spectacle-hungry gazes overlook. It is our secret knowledge of a city’s idiosyncrasies, of the worlds-within-worlds urban labyrinths entail, that empowers us to feel of, rather than simply in, the metropolis in question.

If you’re anything short of excited to be living in Johannesburg, then it might be time to eschew your habitual haunts and reengage with the city. The best antidote to your mid-year antipathy might be to make like a tourist, and explore familiar territories with fresh eyes.

Four bookstores in Joburg for the dedicated bibliophile

Johannesburg is richly endowed with independent bookstores. It’s simply a question of deciding which of these literary oases you’ll love the most
Navigator
3 years ago

I’m loath to feature anything from Johannesburg’s Maboneng District: this urban microcosm is sufficiently trendy nowadays to exclude the majority of its satellites from the designation of ‘lesser-known.’ But it’s possible that you’ve overlooked The Bioscope, a small, slightly grubby independent cinema on Fox Street. It’s gone some way towards compensating me for my estrangement from Cape Town’s Labia Theatre, although in practice they’re quite different.

Tickets for The Bioscope have to be purchased online, ahead of time, in the ticket-bearer’s own name. Foresight is mandatory, because the theatre’s schedule is perennially inconsistent: it isn’t open every night, and many of its features show on a one-time-only basis. There isn’t a confections stand, but the one-screen theatre abuts Chalkboard, a bar-cum-café-cum-pizzeria, and you can take your hot, fresh Margherita into the movie with you.

The seats at the Bioscope are recycled pleather car-seats, and I have a strong suspicion that the whole operation balances on the cooperation of a rudimentary DVD player and a projector-like device. But, as with The Labia, The Bioscope’s charm is extraneous to its functionality as a cinema. If you’re after a high-quality cinematic experience, then you’re better off defecting to Nu Metero; but for a charmingly anachronistic, refreshingly offbeat evening with friends, opt for the Bioscope instead. thebioscope.co.za

FOR A TRIP BACK IN TIME, OPT FOR…

If you’re hankering after an alternative to the conventional museum experience, I would strongly recommend taking a tour of the L Ron Hubbard House, on the border of Cyrildene and Linksfield Ridge. Hubbard, the founding emissary of Scientology, and a prolific explorer and novelist to boot, lived in Johannesburg for six months between 1960-61; the house in which he lived has been meticulously preserved, and converted into an intimate memorial by his latter-day acolytes.

I went on an almost-private tour with the live-in curator, which was a peculiar, albeit rewarding encounter, if only because the gentleman in question knew so much about the details of Hubbard’s history. Even if you’re not personally interested in Scientology, or in the figure of Hubbard himself, the Hubbard House is still intriguing in its capacity as a beautifully preserved relic of the sixties.

Every detail of the house – including the kitchen tiles and appliances and the swimming pool – has either been maintained in, or restored to, its original state: it really is like a grand-scale time capsule, comparable to nothing else I have ever seen. Bookings appear to be managed on an ad-hoc basis; call ahead, reassure the managerial powers-that-be that you’re not a meddling journalist, and liaise about timing with your prospective guide. Alone or with friends, the L Ron Hubbard House is a great way to get acquainted with Johannesburg of yore. (+27 11 054 0540)

FOR A BARGAIN BUY, FREQUENT…

I must preface this recommendation by warning you that Collector’s Treasury is dirty. It’s a dusty, ill-kempt multi-storey antique and book store, run by two eccentric, irritable greybeards. That is perhaps unjust –they are actually rather friendly, and decidedly helpful, but it’s clear that they’re not too particular about hygiene. Nevertheless, if you’re a true bibliophile, then a pilgrimage here is mandatory.

There are piles of books, everywhere. I don’t mean proverbial piles, either –I mean stacks, veritable towers, staggering against all the available wall space in every room. They have a remarkable selection of secondhand books, including an excellent collection of Africana, and nautical and travel journals, as well as records aplenty. If you’re going to find anything worthwhile in this amassed debris, you need to give yourself some time to wander around –plan to spend at least half an hour navigating the barely-contained chaos. Bring an unscrupulous friend, and a little bottle of hand-sanitiser in your bag. (011 334 6556) 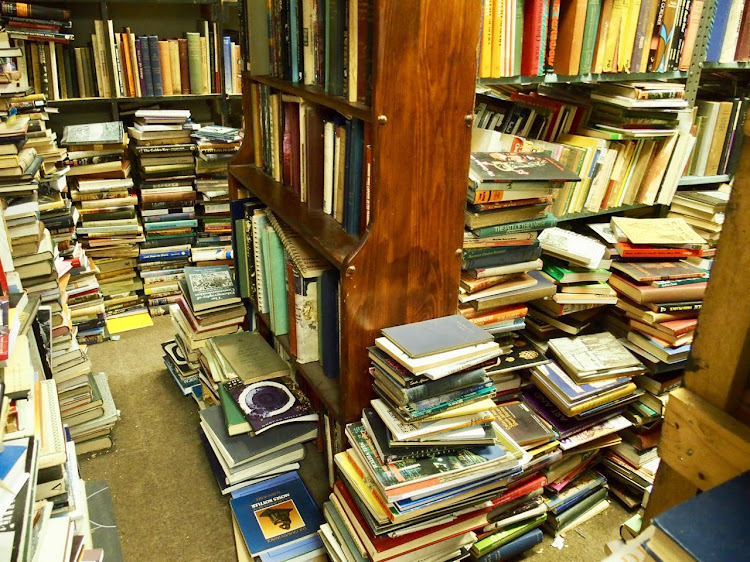 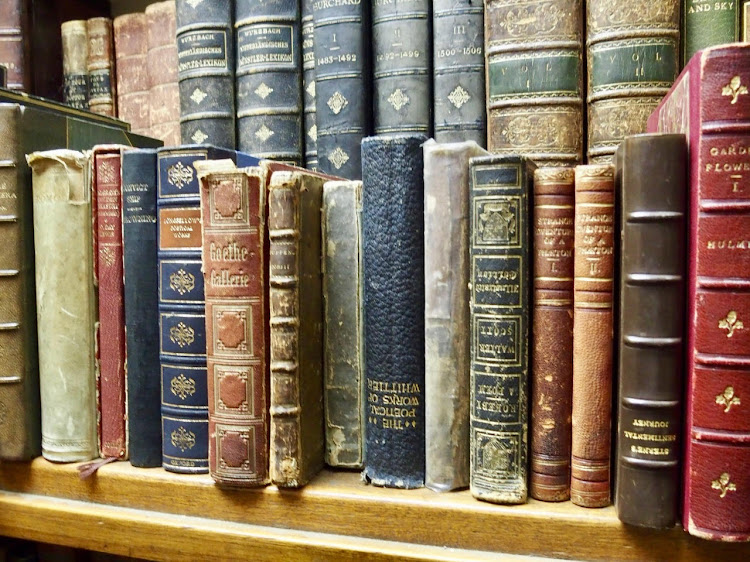 FOR A MEAL OFF THE GRID, VISIT…

In the somewhat spectral remains of Johannesburg’s old China Town, which famously seems to have reconstituted itself, almost overnight, in Cyrildene, a wanderer might alight on Swallow’s Inn, one of the oldest –if not the oldest –Chinese restaurants in Johannesburg. Its charming, paint-anointed storefront veils the eatery’s dark, shabby, slightly claustrophobic interiors, but don’t let that put you off; the food here is fresh, authentic, and delicious, with a wide-ranging array of delicacies from which to choose. Go here on a cold, grey day, with a friend or a book in your bag, order the wonton mein and ruminate over a pot of scalding green tea. Don’t go without an appetite –the prices here are modest, and the portions are reliably generous. (011 838 2946)

FOR AFTERNOON TEA WITH A TWIST, TRY…

A trip to old Chinatown will almost certainly tempt you to investigate into its current iteration in Cyrildene and, when you do, make a pilgrimage to Simplicity tea and coffee, a minute café-style tearoom in the cramped forequarters of an apartment building. There’s nothing especially enticing about the appearance of this clean, rudimentary little vendor; but it boasts a range of aromatic delicacies that will completely revolutionise the way in which you think about tea. Start off with a cold, sweet green tea with milk in lieu of your mid-afternoon coffee; your confidence will grow as you work your way through the – deceptively short –wall-mounted cardboard menus. On your way there or back, make a detour to the Meixin Cake Shop, for some coconut biscuits or sweet bean paste buns. Derrick Avenue is a world within the world you know, and if you haven’t yet traversed it from end to end, then you’re woefully missing out.

Image: Supplied
Next Article
© Wanted 2020 - If you would like to reproduce this article please email us.

How to get the best out of one of SA’s largest ...

South Africans looking for an offshore hedge flock to ...

Meet you on the Parkview strip for some giggle water

An insider’s guide: Where to buy the best ...