When you want to stop the world and get off, sometimes the universe obliges. Debbie Hathway discovered this in Botswana

The day after my father passed away, I boarded a plane from Cape Town to Johannesburg en route to Botswana. It was set to be the trip of a lifetime, prime game viewing at two reserves in the Kalahari region and one in the Okavango Delta. I decided to join the small expedition as planned, partly for my father, who was an avid birdwatcher, and partly for me, because I needed to find peace in the quiet of the bush.

The invitation had come from Allan Eccles of Falcon Africa, in celebration of his company’s 30th anniversary. Eccles is a former SA Air Force pilot turned bush pilot and safari guide in the Delta. He knows the territory, not just here but across Africa. Well familiar with the annual wildebeest migration through the Serengeti and the Maasai Mara, in Botswana Eccles accompanied a television crew to film the catfish migration up the main river channels of the Delta. “I assisted at a wildlife lodge in the Savute during a drought, which involved driving water trucks to the pans on the Savute Marsh to fill them with water. The lions would follow the truck to drink at our feet,” he says.

In “normal times” Air Botswana flies direct from OR Tambo International to Maun International Airport in just two hours. In this, a final cross-border jaunt before lockdown, we used Safari Air charters to move between lodges, averaging about 40 minutes per flight, which meant getting incredible views of the diverse terrain. Ker & Downey Botswana guide Phefo Moheto was waiting to greet us at Dinaka, a private conservancy on the northern boundary of the Central Kalahari Game Reserve. He met us at a tiny metal-roofed shelter alongside a short sandy airstrip, hand sanitiser at the ready.

It’s like something out of a movie, but the Delta, the floodplains and the mokoro moments are all very real ...
Travel
1 year ago

Back then, still slightly incredulous at the coronavirus pandemic becoming a very real threat to the global status quo, we quickly accepted this accessory du jour at every stop. Eccles had pointed out the noticeable drop in the number of travellers waiting to clear passport control in Maun. Formalities aside, Moheto was eager to show us around one of the most unusual areas of biodiversity in Southern Africa. Nobody was prepared for the glimpse of the elusive aardwolf lurking amid the grasses near the road to Dinaka. It is seldom seen because of its bashful nature and mainly nocturnal movements, so we were quick to capture the small animal on film — albeit a blur. At least we had evidence!

Dinaka, meaning “horns”, is the latest acquisition by Ker & Downey Botswana, founded by safari pioneers at the end of the World War 2. Here, the semi-arid sandy savannah is home to more than 200 bird species including the Kalahari lion, cheetah, leopard, springbok, oryx, and brown hyena, as well as smaller mammals such as the honey badger, one of which sought refuge beneath the Dinaka deck that overlooks a waterhole. After dark, no-one dared venture outside their roomy thatched safari tents (there are only seven, connected by wooden walkways) without an escort.

The camp is unfenced and animals move through it freely. My deck seemed to be the chosen stage for that night’s lion opera. If I could have seen anything in the pitch blackness — once I’d shot up in bed wide-eyed as the first soloist began and crept out from beneath my draped mosquito net to peer outside — I swear I could have eyeballed her right outside my door. Instead, I was forced to retreat and be content with listening to them roar all night long.

Day two’s highlight was exercise. After hours in flight or on the road, the chance to experience the Kalahari landscape on foot with San guides Voter Tsooqoma and Quma Xota was exhilarating. What a privilege to learn how they hunt, find water, make fire, and live off the land armed with nothing but a small shoulder bag of finely honed tools, a wealth of knowledge of the natural world, and loads of patience.

Next up was a visit to Okuti, a Ker & Downey Botswana camp in Moremi Game Reserve, the oldest protected area of the Delta. The reserve supports a tremendous amount of wildlife and boasts more than 400 bird species. I’m no stranger to land safaris but a water safari along the Maunachira channel, which flows in front of the five masasas (meaning house of reeds) at Okuti, was a wonderful surprise. Even better was pulling up at a river bank for a sundowner after guide Baams Motsamai had deftly opened the throttle to escape a charging hippo soon after its rather terrifying display of territorial behaviour. Who knew their swimming rate was 8km/hr underwater?

SIGHTS AND SOUNDS OF THE SAVUTI

We were largely sheltered from world events for two blissful days. The wonderful hospitality, catering, and care of the local staff in an almost off-grid existence eventually gave way to the reality of Covid-19 and the far-reaching effects it was going to have on us all. The mood was grim as tour operators, travel agents, hosts, guests, and guides exchanged perspectives. Ghoha Hills Savuti Lodge was the first camp to have readily available Wi-Fi so the barrage of information allowed through was relentless. (Okuti limits access to Wi-Fi but made an exception under the circumstances for us to connect with concerned family at home.)

Despite the angst, I was beginning to recover. It was as though I could breathe again at this hilltop retreat. The energy was different. I felt grounded and calm. Mother Nature was working her magic. We were in the Chobe National Park in the north of Botswana, which has one of the highest concentrations of game and wildlife in Africa. Park rules are that safari vehicles may not drive off-road, and numbers are limited at a sighting, so venturing upon a nearby kill is pure luck, good timing, and strong instincts on the part of the guides.

By the end of the trip we were able to tick off the Big Five — but not in every reserve and not around every corner. That is the beauty of the Botswana bush. Ker & Downey Botswana calls it a niche carved from eternity. And the Ghoha Hills Savuti Lodge environment features a landscape of lush grasslands contrasting with bleak stretches, a marsh, and the Bushman Hills formed nearly a billion years ago by volcanic activity. 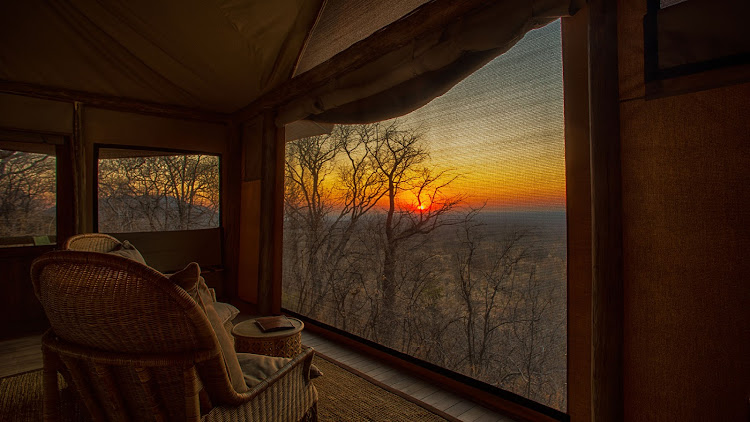 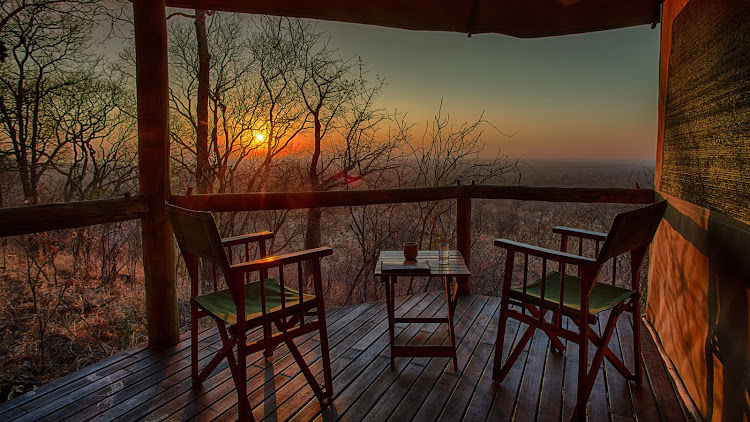 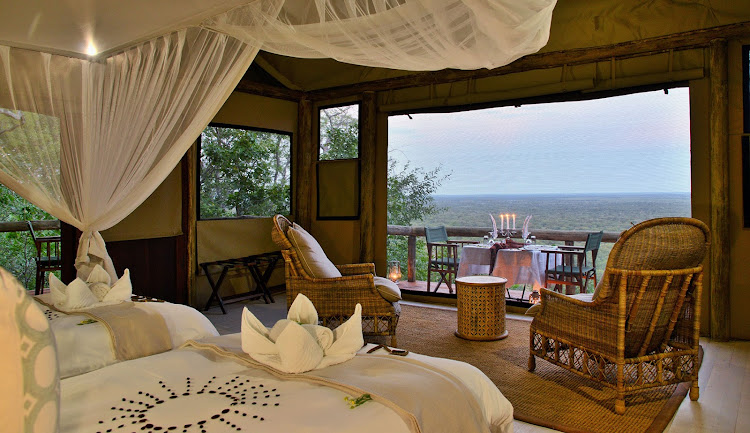 This side of the Kalahari has a special ambience. There are no fences and little power (Dinaka and Okuti are generator-powered while Ghoha Hills Savuti Lodge runs off solar) — just the night stars which create a kaleidoscopic wonder that generates an indescribable inner peace. I shall return.

• Hathway was a guest at Dinaka, Okuti, and Ghoha Hills Savuti Lodge, thanks to Falcon Africa.

As soon as we can, we’re heading straight for the stars and dunes of Namibia’s NamibRand Private Nature Reserve
Travel
2 months ago

From the Western Cape to Limpopo, try out these exclusive and gorgeous spots for your first escape
Travel
1 month ago