Experience the spirit of Scotland and cheers to great whisky!

Our writer goes searching for significance in single malts, and ends up with an illuminating lowdown from deep in the heart of the Scottish Highlands 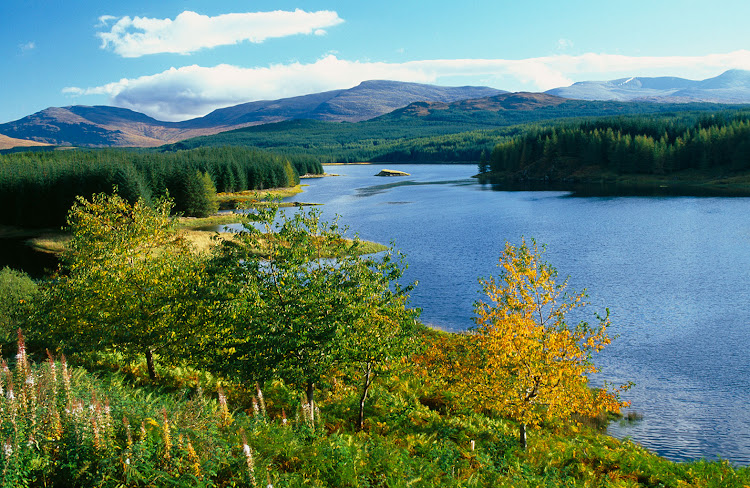 I’ve got Bill Drummond on my mind as the vivid, hyper-green landscape fades through the clouds, rushing towards us as we descend. This is Scotland, and I’m touching down for the first time. It’s been a few months since I ploughed through John Higgs’ extraordinary book detailing the chaos Bill and Jimmy Cauty caused as the part-art-part-music phenomenon, The KLF, but, like an irrepressible sprite sensing adventure, all its odd accounts, its serendipities and synchronicities start tumbling forth. The pair’s journey was a web of bizarrely connected dots, and, as if evoking their untamed spirit, I sharpen my gaze and start scanning for surprise synchronisms of my own.

Why now? Well, perhaps it’s because I’m half Scottish, and Bill’s a Scot born in South Africa. Bill + Jimmy = William James. Same name as my dad. My Scottish dad. They’re contrived coincidences, yes, but as a proverbial son returning home, I’m in a heightened state, actively on the lookout for connections — to my heritage, my history, my… um… humanity. So why not, while on this rather lofty quest, allow myself a little latitude? I’m going to note every vaguely visual pun, every semblance of synergy, every randomly resonant incident that presents itself in the upcoming week.

And the first thing that I connect with is whisky. Duh. Obvs. It’s partly why I’m here, and overwhelming expected. But the massive, almost immersive advert for Glengoyne that envelops and ushers me into Glasgow Airport — no more than a few miles from where dad was born — sets the scene for an eye-opening exploration into just how Scottish whisky is, and how wonderfully well whisky manages to capture the Scottish spirit. It soon becomes apparent that, beyond its complex character, this remarkable drink is infused with a fair amount of biting humour, down-to-earth warmth and a large lashing of lawless lore.

An amber tipple on the Emerald Isle

I head all the way up the A9, a roughly 300km stretch of road that I will cover four times over the next seven days. There’s a lot to take in. The snow-capped mountains, the ancient castles, the tartan shoppes, the lush fields where everyday citizens exercise their right to roam, clambering close to the front doors of lairds and ladies who somehow still hold sway in this post-feudal-now-democratic-but-maybe-still-feudal-ish world.

Ideology aside, it’s insanely beautiful, as if the whole thing is art directed, an elaborate set where sparkling freshwater streams wind perfectly though glacial glens into larger-than-life lochs. Even the animals look uncannily content, fattened to the extreme, lolling languidly in never-ending acres of thick pasture. The sheep are lazy cumulonimbi brought down to earth. It’s calming. I shove DJ Koze into my ears, his off-kilter kazoo magically matching the meadows. Perfectly in sync.

And then: oil rigs! Sync shatters as these ominous apocalyptic giants rise from the fog hovering over the Cromarty Firth. They’re there for maintenance, an industrial intrusion on a pristinely pastoral land, and a sobering reminder of how merciless this modern world is, sweeping entire communities up in the brutal ebb and flow of shifting oil prices, recovering markets, and corporate confidence. It’s the uncomfortable, unavoidable marriage of romance and finance, the yin and yang of consumer capitalism. And weirdly, it perfectly analogises the success of Scotch whisky.

“It’s a cottage industry that became a worldwide phenomenon,” says Graham Manson, head of distilling at William Grant & Sons, as he takes us around Glenfiddich the next day. And there it is. A simple, three-ingredient recipe created by bootleggers, enhanced by terroir, developed through necessity, and nurtured by locals is now a globally loved premium product, consumed by millions, collected by millionaires, and crafted to ostentatiously high-end extremes. 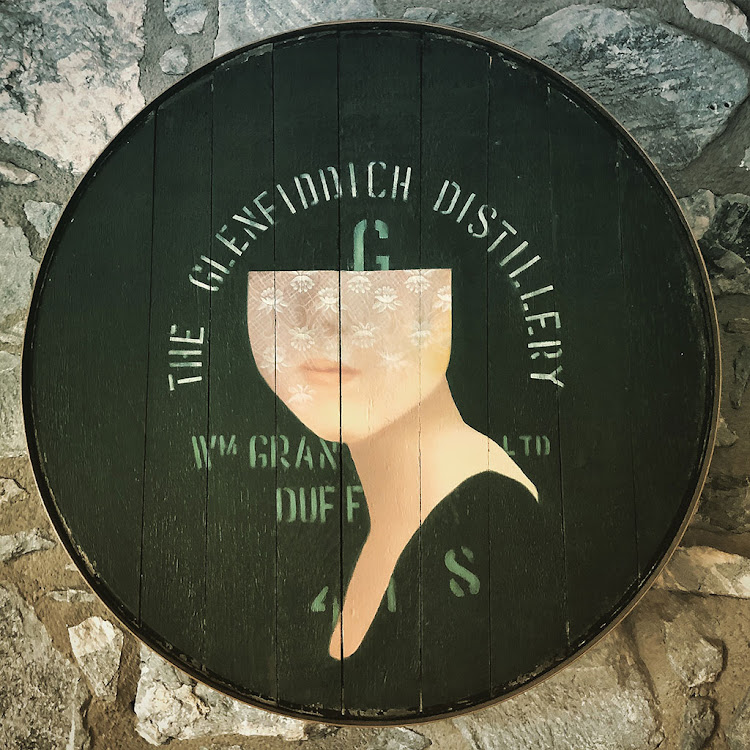 An old stone house overlooking the firth, shrouded in cloud and bearing a musty façade brought on by decades of bad weather, is home to this highland highlight. The distillery produces more than 4-million litres of premium spirit a year, and is run by only a handful of people. Distillery ambassador Shauna Jennens has connections to the homeland — she lived in Durban for two decades — and guides us through an intriguing, deconstructed tasting, where we individually sample each of the six casks that have gone into making the King Alexander III, a flagship expression created by Richard Paterson, master distiller and industry legend who has been involved with whisky for more than half a century. He’s the guy who, in his YouTube videos, threatens to “kill ya” if you nose wrong. He also oversees production at Jura.

WATCH | How to drink whiskey with Richard Paterson:

Jura. The mention of an island Orwell described as “the most un-get-at-able place” demands my attention. A one-road, one-shop outpost where deer outnumber humans 25 to one, it’s the West Coast home of a whisky that can’t escape the shadows of its illustrious neighbour, Islay. It’s also where, in a deserted boathouse on 23 August 1994, Bill and Jimmy set fire to a million quid, burning the lot. Yes, like pranksters obeying their cue to pounce, The KLF are back, checking to see that I’ve still got my eye on the sync. Truth is, my eyes are shutting, blearing. Perhaps it’s an abundance of amber drams, or evening sunshine at odds with the icy “summer” weather, or the jetlag, or the brain drain from overthinking why our sheep aren’t so happily fat, but in this close-to-liminal state boundaries blur and connections flow freely. Like whisky. You see! Okay, whoa… I think I need some sleep.

A brisk run through Novar Estate the next morning clears my head. Once again: stupendous beauty. There are stags on the hills, salmon in the lakes, wellies on the feet and moss on the trees. It’s a great scene setter for a few more distillery tours, each one cheerfully opening with a very similar greeting: “Welcome to XXX distillery, the only one in Scotland to dot dot dot.” And they’re telling the truth. Because even though the Scotch Whisky Association lays down incredibly strict (some say draconian) laws to regulate everything from production and packaging to distribution, every whisky maker finds a way to make a difference. A few extra hours in the washback produces a spirit with a fruitier profile, the varying shapes and sizes of the copper stills affect character and density, and there’s a relentless, almost obsessive experimentation with casks, an ongoing quest to find new ways for the barrel to make its mark on the final flavour.

And so it is that I get acquainted with Scotland not by hanging with locals or visiting popular sites, but by hearing the stories of the distilleries that have grown from humble, almost accidental origins, into institutions with an ongoing influence on the country’s modern status. From Glenfiddich to Strathisla to Aberfeldy, there are tales of outlaw owners being harboured by countrymen, darling Davids taking on greedy Goliaths, natural elements changing the course of history, and communities banding together to sustain their livelihoods. 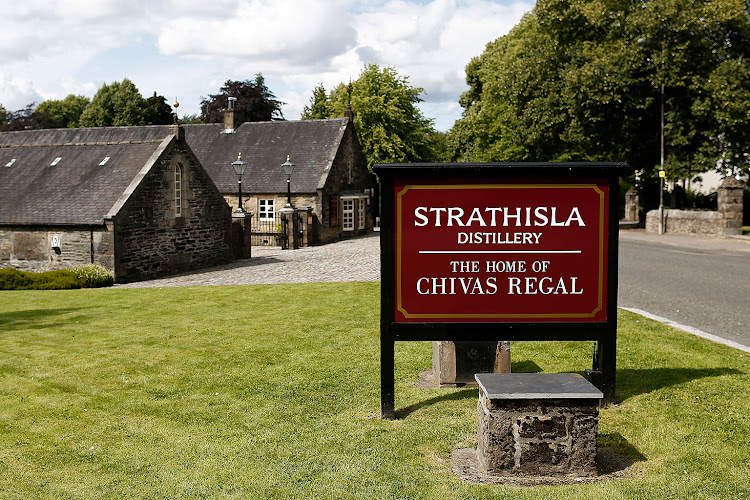 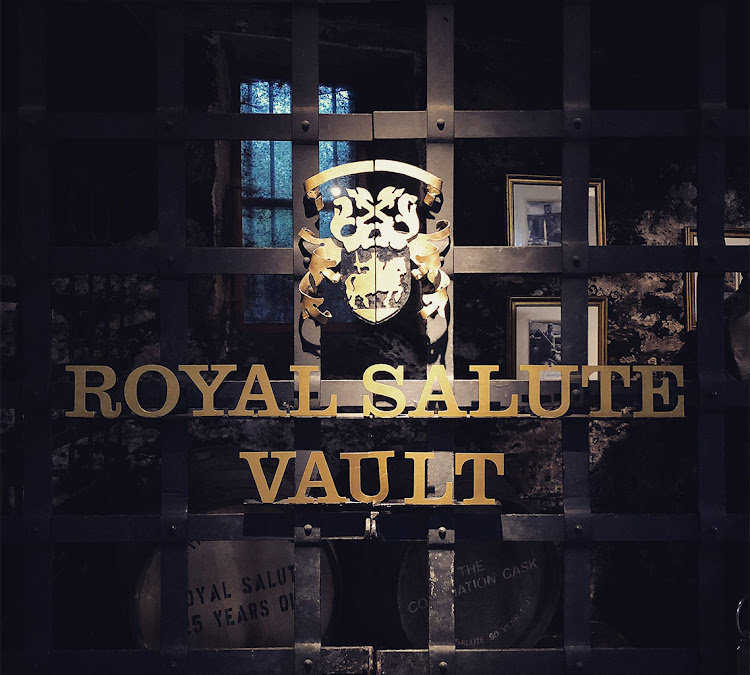 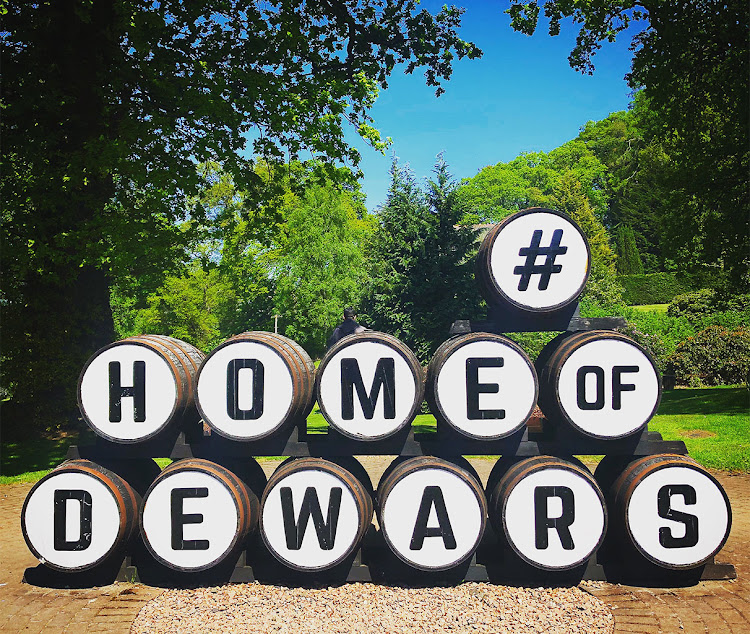 It’s a narrow lens, some may say a whisky goggle, but through it I glimpse my own ancestry. Sure, I’m hunting for metaphors, but the affiliation I feel to this innovative, earthy, street-smart, close-knit culture is real. It runs deep. Scotland has always been in me, I just needed some Scottish spirit to help me realise it. Hic!

As I’m sitting in Mansfield Park in Glasgow a few days later, waiting to meet, for the first time, my cousin Julie, bags bulging with enough alcohol to put customs on high alert, I have a fleeting twitch of self-reflection: am I imposing? I didn’t really give my relatives an option. I told them I was coming; I expected to be fed and housed. It’s what family does, right? But in truth, I’m a stranger: a distant, barely there acquaintance from the southernmost tip of Africa, sodden and tired after 50-odd hours of whisky. But that’s the thing with connections: they’re there when needed. And they’re hard to break.

I drive back up north with Julie, passing pretty much every distillery I visited, heading for a house made in retro heaven, where my aunt and uncle live a few kilometres outside of Dornoch. Aunt Anna is astutely humorous, like dad, and most of the clan pop in over the next few days. We catch up on common interests, compare living conditions and share Liverpool’s humiliation in the Champions League Final. Quirkiness abounds. I discover more of it on my runs: a historic trail with Neolithic hut circles and the cathedral where Guy Ritchie married some American pop star.

It all feels weirdly predestined, as if Scotland would welcome me only once I’d found my access point. That’s giving whisky quite a lot of credit, but perhaps, subconsciously, that initial connection was needed for us to bond further. On the coach back to Glasgow I glimpse Bill and Jimmy in the distance, chuckling affably while they nod their approval. At the airport, I’m offered hummus with my meal. I decline. That’s for my next quest, for my other half. Lebanon, stand by… a few more chickpeas and I’m coming to connect.

If you are going to raise a glass to St Patrick's Day, make sure it's got an 'e' in it
Food & Drink
4 years ago

The Macallan’s new, state-of-the-art distillery — the fruit of a spectacular design project — will open its doors this June
Food & Drink
4 years ago

Pouring a scotch is one of those life skills that is both superfluous and essential, writes Wade Bales
Food & Drink
2 years ago

These are the whiskies you should be putting on your radar — and, ideally, accommodating snugly in your cabinet
Food & Drink
4 years ago
Next Article
© Wanted 2022 - If you would like to reproduce this article please email us.

A pretty penny for these luxury escapes