Little, laid-back Champoluc could soon find itself at the centre of the world’s second-largest ski area

In the summer of 2011, I was hiking in the Alps and stopped for a night at Frantze, a tiny hotel on the mountainside above the Italian village of Champoluc. It was a dreamy place, an old wooden farm building with the date of construction carved into a beam — 1721. Upstairs, the haylofts had been turned into nine beautiful bedrooms; downstairs the stone-walled cattle stall was now a fine restaurant. After dinner, I watched the alpenglow on the Matterhorn, the iconic peak that straddles the Swiss border, just to the north.

The morning dawned bright and clear, and I set off early for Zermatt, one of the Alps’ most celebrated resorts, just over the high ridge formed by the Matterhorn’s southern flank — 13 miles as the crow flies. “I wish I could come with you,” said Francesca Becquet, Frantze’s 31-year-old owner, as we parted company. “I’ve never been to Zermatt.”

That this young, gregarious and polyglot entrepreneur should never have visited her starry neighbour seemed baffling, but it underlines how the two communities belong to different worlds. Both sit at the end of long, high-walled valleys but with their backs firmly to each other: Champoluc facing south to Italy, Zermatt north to Switzerland and Germany — those 13 miles of wilderness creating a barrier that is not just physical but mental, cultural and economic.

Forget the Alps! Rough it out in Iceland for a unique ski touring experience

For those happy to leave the lifts behind, the Troll Peninsula offers a raw alternative to the Alps and moments of unadulterated magic
Travel
2 years ago

Zermatt has a casino, more than 50 four- or five-star hotels and Rolex shops too numerous to mention. Tourists have come to ride its mountain railways and horse-drawn fur-lined carriages for 120 years; today it gets more visitors than anywhere in the country except Geneva and Zurich, many of them from China, Japan and Taiwan. When I breathlessly arrived on foot at Zermatt’s top cable-car station, ready to ride down into town, I found a Bollywood film crew setting up on the snow.

Champoluc, meanwhile, has two butchers, a bakery and a rather good pizzeria. The major news in recent years was the opening, in 2014, of its first swimming pool. Zermatt has about 14,000 tourist beds and 5,500 residents; Champoluc can’t manage a 10th of either.

And yet soon these two disparate communities could be tied together. Plans have been drawn up to string two new lifts along the route I walked that day, linking the two resorts’ ski areas. In fact, there’s more: Zermatt is already connected to Cervinia; Champoluc to Gressoney and Alagna, the villages in the next two valleys to the east. The new lifts would create a vast contiguous ski area — with more than 540km of pistes, second largest in the world after France’s Trois Vallées. And little Champoluc would be right in the middle.

I returned in January this year with my family to see how it was readying itself for this potentially seismic shift. Perhaps it was because of the post-Christmas lull, perhaps because it was buried in snow, but for now it still felt like the backwater it had always been. When we arrived, the roadsides were already flanked in huge banks of snow, and it kept coming, the constant fall of soft flakes muffling sounds and swallowing road signs, cars and any skis left outside cafés for more than a few minutes. Standing beside Frantze I heard a loud crack as a big branch fell from a tree, no longer able to bear the weight of snow.

Francesca had had a baby but still hadn’t been to Zermatt. “Like all big changes, there’s a bit of enthusiasm and a bit of fear,” she told me (about the lifts, not the baby). “People who come to Champoluc now like it because people in the cafés recognise them from one year to another. It’s quiet, there are no queues, there’s a real village life. If it becomes much bigger and busier, some people might be put off, but on the other hand it could be a great opportunity for the future generation.”

Champoluc is not chocolate-box pretty like some Swiss resorts — the centre is a mix of old and new — but strict controls on second homes have kept the apartment blocks at bay, and that sense of village life is beguiling. The women in Dolce e Salato, the café next to our hotel, befriended our kids, amused by their insistence on eating ice cream, outside, even as the snow fell hard. At lunchtime in Lo Bistrot, the waiters happily shifted tables around so that we could cram in, pushchair, wet anoraks and all. “In a big resort in France, you feel like a walking wallet,” said Ivan Munari, who runs the Tako ski-hire shop. “But here if you go into a restaurant, you don’t find seasonal employees, you find the owner, and he wants you to come back with your friends.”

The kids played with sledges on the nursery slope in the village, or in the playground where only the highest tip of the climbing frame remained visible, while we took turns to head up the mountain. I blasted down some wide, deserted blue pistes, then headed into the trees, where the powder lay as deep as anything I’ve found in Utah or British Columbia. When it was time to get warm, I stopped for a bombardino — hot brandy, eggnog and cream — at Stadel Soussun, a 500-year-old chalet in a forest glade.

We were staying with Inghams — one of the few international tour operators to come to the village — at the Hotel Champoluc, where the rooms are big (most with terraces), the food good and the location unbeatable, right beside the piste and the main Crest ski lift. Down in the older part of the village, I stopped at the Hotel Castor, family-owned and run since 1900 and full of atmosphere. Behind the bar, I found Herman Buchan, a Briton who married the great-granddaughter of the founders (“I fell in love — I never expected to get a hotel!”), and who was a councillor and president of the local hoteliers association when the plan for the new lift connection was formed. “They’ve been talking about it for 50 years,” he said. “But things are different now — the snowline is going up every year.”

At a conference five years ago, stakeholders from the Champoluc valley discussed the effects of climate change and options for the future. “One idea was we could cultivate potatoes and carrots and end up trying to promote local products. The other was that we could take the skiing up high.”

Champoluc sits at just under 1,600m; the highest piste of Monterosa Ski (the existing area shared between Champoluc, Gressoney and Alagna) is 3,275m. Zermatt’s highest piste — also the highest in the Alps — starts at 3,883m, and its glaciers allow skiing even in midsummer.

If the advantages are clear, the timetable is less so. A feasibility study has been completed, referenda have been held in all the communities concerned (and have come back in favour) and the regional Aosta government has voiced support, but there is still no firm start date or agreement over financing. Giorgio Munari, president of Monterosa Ski, told me he thought it would be five years before the lift opened. Already, though, there are signs of new investment. Camp Zero, Champoluc’s first five-star hotel, is due to open in December, and the slow and ageing Crest cable car has been renewed over the summer. 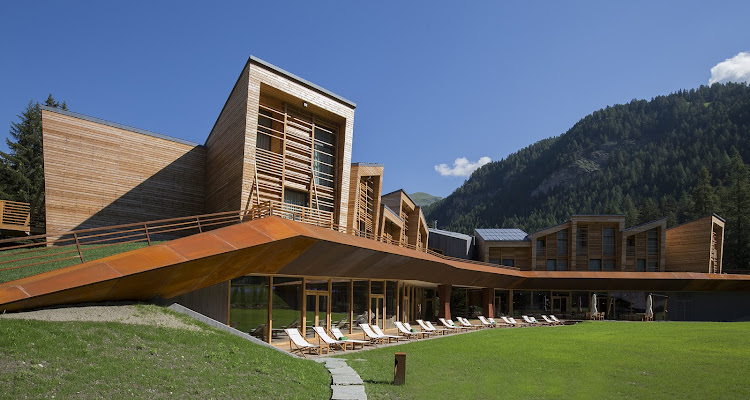 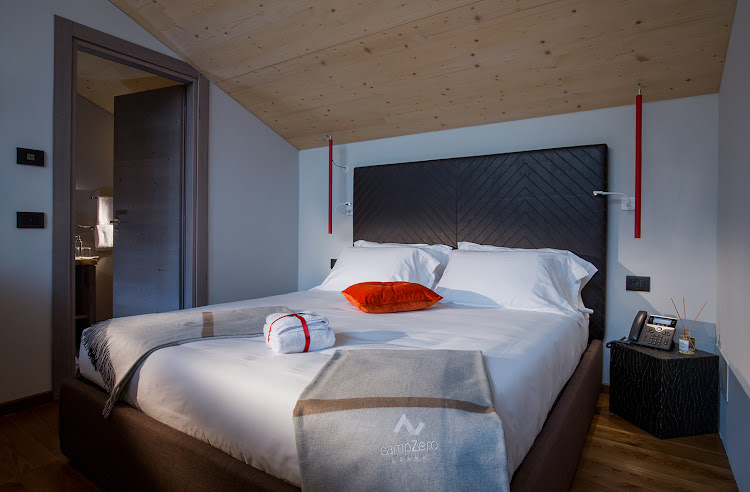 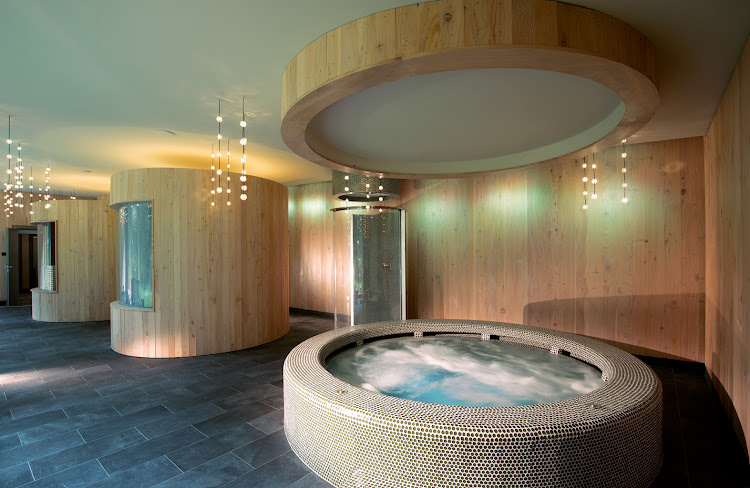 There is no doubt about the marketing boost the new connection would bring — Champoluc would be at the heart of the ski industry’s biggest story for years. But some still wonder whether more lifts necessarily mean better skiing and, in some ways, our visit underscored that question. By the second night there was so much snow that some of the old village was temporarily evacuated due to the risk of avalanche. The connection over to Gressoney was closed, and by the middle of the week only a single lift remained open. And yet the skiing was glorious, the powder abundant and there was almost no one around to share it with. Perhaps in skiing there are two perfect but opposing paradigms: you either need a huge, high area, with modern lifts and a full-service resort, or a quiet village with few others to fight for first tracks. Champoluc just needs to decide if it is ready to trade one for the other.

Tom Robbins was a guest of Inghams, which has a week’s stay at the Hotel Champoluc from £649 half-board including flights from London and transfers, £799 at the Hotel Castor or £1,239 at Camp Zero. For more, see Aosta Valley.

France: Alpe d’Huez and Les Deux Alpes have a masterplan that could see them joined by 2022, together offering about 470km of pistes.

Austria: A link is planned between St Anton’s Rendl sector and the small village of Kappl, in the same valley as Ischgl, just to the south.

US: Two new lifts would join six Utah resorts, including Park City and Alta, though this remains a proposal rather than a firm plan.

Why Antarctica leaves an indelible mark on adventurers

Swimming with a leopard seal, or hanging in a crevasse — the icy wilderness holds allure
Travel
2 years ago