Peter Fankhauser is sitting by the pool on a sumptuous silver futon and is clearly enjoying his surroundings. "You are just [made to feel] welcome here, and that is the cool atmosphere we are trying to create," he says. It's a word that the chief executive of Thomas Cook, Europe's second-largest package holiday company, keeps coming back to - guests, furniture, even the gym instructor, are all declared "cool".

We are at Casa Cook on the Greek island of Kos. It is a newly opened beach resort, the second in an emerging boutique chain being created by the company, aimed at younger, more affluent, and, yes, cooler travellers. To Fankhauser's left, the Aegean Sea twinkles under a hot sun. On his right, a young man mixes cocktails behind the bar while a woman, dressed all in black, serves coffee. I can't help noticing that the staff here are drop-dead gorgeous.

"The people have to fit into it," the Swiss executive, 56, says in his heavy accent. "The [workers] who are here have to be cool as well. This is exactly what makes the difference."

Looks matter, because Thomas Cook is a 176-year-old company attempting a sudden makeover. For decades, the company and other high-street tour operators relied on the hordes of European families who escaped each summer to beach resorts in Spain, Greece and Turkey. Cheap 'n' cheerful tours were built through economies of scale: massive hotels, crowded beaches and full English breakfasts.

The model is under strain. A combination of low-cost airlines and online travel agents have made it easier for bargain-hunting customers to create their own cheap holidays online. Bricks-and-mortar travel agents have taken a hit - Thomas Cook has about 700 branches in the UK today, compared with 1,700 in 2010. Tui, the world's biggest tour operator, with brands that include Thomson and First Choice, has been shifting its focus from selling package holidays towards buying cruise ships and operating hotels. It says that within three years more than half of its profits will come from tourism businesses other than package holiday sales.

Global rum ambassador Ian Burrell says being born into a Jamaican family meant rum was part of their lifestyle. ‘All the fun drinks had rum in it.’ ...
Travel
2 years ago

Meanwhile millennial travellers have increasingly prized authenticity and unique experiences over one-size-fits-all packages, and have sought them via home-sharing sites such as Airbnb. Noticing the shift, many of the largest hotel corporations have spun off collections of properties that make little or no mention of their parent brand, and instead play up their interior design, heritage or location. Marriott has its Autograph Collection, Hilton has Curio, Hyatt has its Unbound Collection.

Casa Cook is an attempt to cater to this image-conscious modern traveller who demands a beautiful backdrop for their selfies. Thomas Cook's yellow heart logo is conspicuously absent - in fact, despite the nod in the name, there is no visible sign that this is one of the group's properties. "We want to show that we can attract people who were probably not thinking of a package tour operator before," says Fankhauser. "We want to show that the package tour operator is not what it was, that we've innovated and we have re-energised Thomas Cook and reloaded it to make a really modern holiday provider."

The company is best known for creating family-friendly holidays, but the facilities at Casa Cook are focused on grown-ups. Drifting through the resort is the constant hum of electronic dance music. There is a well-equipped gym, an outdoor yoga deck and Turkish-style hammam - but no play areas. One morning, I see a child entertaining herself by building a pile of rocks. Another kid balances a plum on his knuckle to pass the time. Around them, adults are piling into a nutritious buffet breakfast at the open-plan restaurant. Dried coti berries and pumpkin seeds are available; sausages are not.

The first Casa Cook resort opened in Rhodes last year and Fankhauser wants to create 10 more over the next three years. Only two locations, in Croatia and Crete, are so far confirmed. He concedes that there will never be a huge number of Casa Cook resorts: "It's not going to be 100 because... we don't want to dump the market."

These hotels are intended to be Thomas Cook's high-end offering but Fankhauser admits they may represent just "1 per cent" of the overall business. So, is Casa Cook just a very plush marketing gimmick?

He insists the resorts are part of a broader strategy. Five years ago, the company offered packaged stays at more than 10,000 properties, the majority of which were owned and operated by outside hoteliers. At most of them, Thomas Cook would merely pre-book a number of rooms for its customers, who would be holidaying alongside the guests of other tour operators.

Today, it offers just 2,500 hotels. The company owns five of these and just over 180 are "own brand" properties - including Casa Cook - which are run on management contracts, in which Thomas Cook has full control over the look and feel of the hotel. The rest are "selected partner" hotels, with which Thomas Cook pays to gain exclusive access or a large allocation of rooms. In return, it demands a decisive say over how each place is run - everything from deciding on what is on the restaurant menu to how maids do the bedding.

Slashing the number of hotels means it can streamline the business, reducing, for example, the number of holiday reps and safety auditors, while maintaining tighter quality control. "You want to do something like this where the margin is much higher," says Fankhauser. "You essentially make more money from operating a hotel like this."

And though bohemians want to tread an unworn path, Fankhauser says there are benefits to package holidays that will ensure that they remain popular. Two days after my visit, an earthquake hit Kos, killing two tourists and injuring hundreds. Casa Cook suffered a short power cut, the guests were unharmed and all continued their stay at the resort. But some Thomas Cook customers elsewhere on the island were moved or flown home. "If something goes terribly wrong, we are there," says Fankhauser. "That is a form of reassurance and we are not shy to talk about it."

On one wrist Fankhauser wears an expensive-looking silver Omega, on the other a Fitbit fitness tracker. He has worked in the travel industry for 28 years, over which time he has gained a reputation for turning around failing companies, and joined Thomas Cook in 2001 as it faced a turbulent decade.

"We were in such a difficult situation in 2011, at the edge of a failure, that the first priority was just to stop the bleeding," he recalls. That year, Thomas Cook needed a £200m loan to tackle a cash crisis that had jeopardised its survival.

There followed a cost-cutting drive, with the closure of high-street stores in favour of online sales and a focus on packages that used its own airline fleet and hotels. Fankhauser became chief executive in 2014 and the following year, for the first time in five years, the company returned to profit.

Yet during the battle to stay afloat, he admits, the company lost its focus on customers. In 2006, Christi and Bobby Shepherd, aged seven and six, died from carbon monoxide poisoning while staying in a bungalow in Corfu on a Thomas Cook holiday. For years, the company refused to accept blame. After taking the top job, on legal advice, Fankhauser maintained the company's silence but in 2015 he apologised to the family, offering them "a financial gesture of goodwill".

"It was not only Corfu," he says. "There were other cases that were not so public. I had to do a lot of things together with my lawyer, and then say, 'Hey, we missed something here. Now, guys, we have to change.'"

Creating more upmarket beach resorts that take pride in customer service is part of that shift. "As a package tour operator, you can no longer be a seven-day or 14-day holiday mass brand - you [have to] give the customer something different... in terms of flexibility, in terms of product quality, in terms of customer focus."

He says Casa Cook is not "just for those who have a lot of money - it has to be affordable". But it is targeted at liberal metropolitan types - people like me. And for the most part, it works.

The hotel, just outside the village of Marmari, has 100 rooms in buildings that adhere to the local cubist style. The beach is secluded, a long private strip of sand where there are plentiful towels for guests but no need to rush and place one on a lounger to reserve it.

Rooms are spacious. Primary colours are abandoned for grey concrete floors, brown Bakelite fittings and dark wood furnishings. The winning feature is that half of the rooms have a small pool right outside, most shared with one or two neighbours though some suites have a private pool of their own. 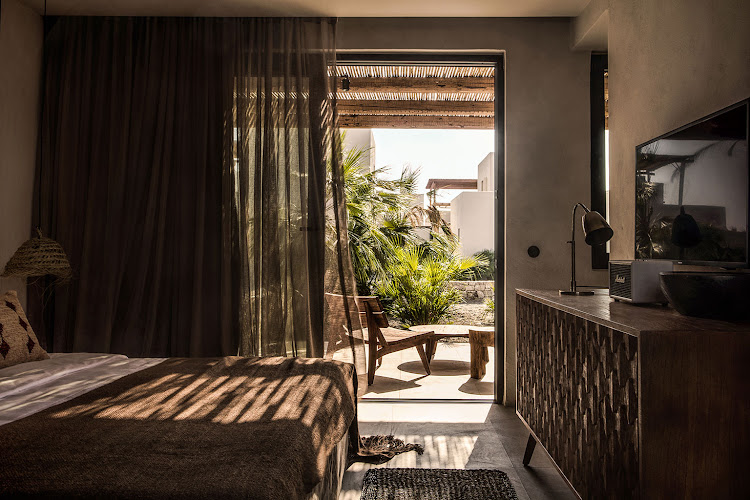 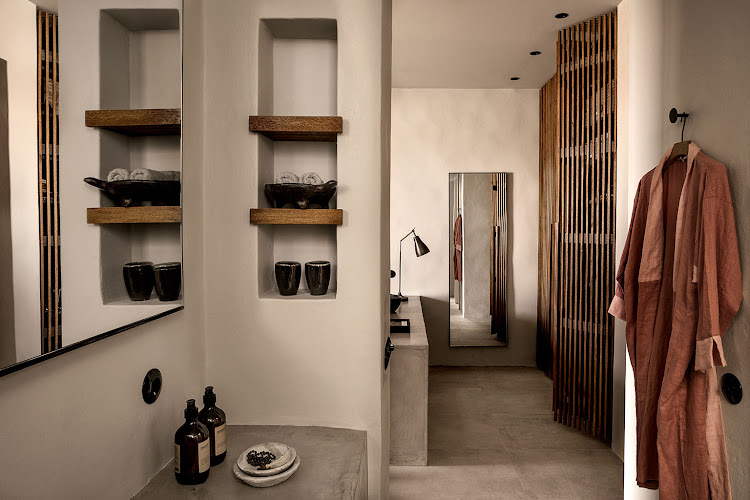 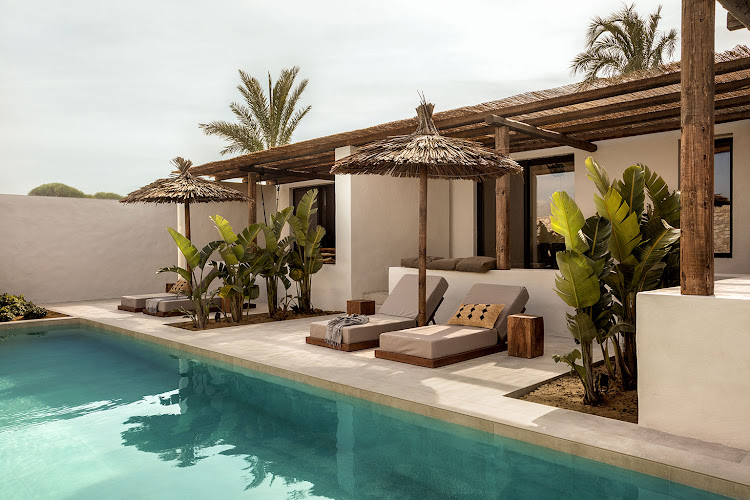 What can be improved? Fankhauser hesitates. "No, really nothing. Maybe the mineral water." Really, nothing? He backtracks, saying the layout of the minibar could be tinkered with. "So the bottles are not laying, but standing. Because in my minibar a bottle fell out," he says, gesturing that the drink erupted. "But it's really a detail."

Details matter, of course. My gaze drifts back to the staff. The waiters have a habit of placing their hand on the shoulder of guests, a small gesture that could be deemed over-familiar, but is actually disarming.

Fankhauser says his mantra to the resort's staff is to "wear their [guests'] flip-flops... put yourself in the shoes how you would like to be treated." None of the workers actually wear flip-flops, though. Most are in sleek black trainers, which are far cooler. 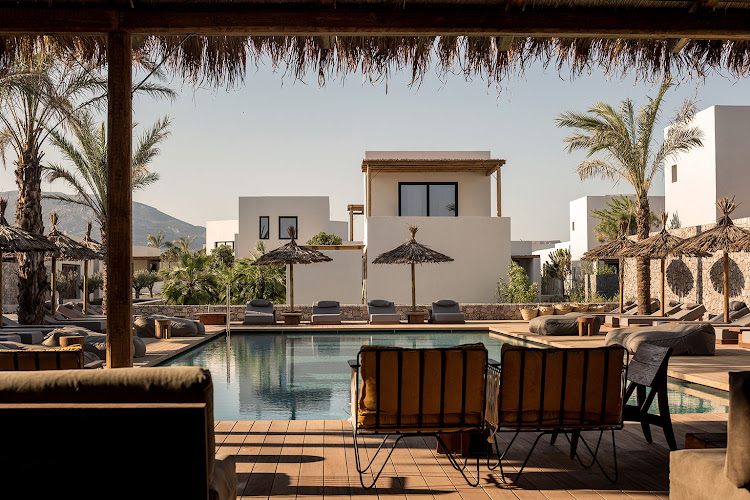 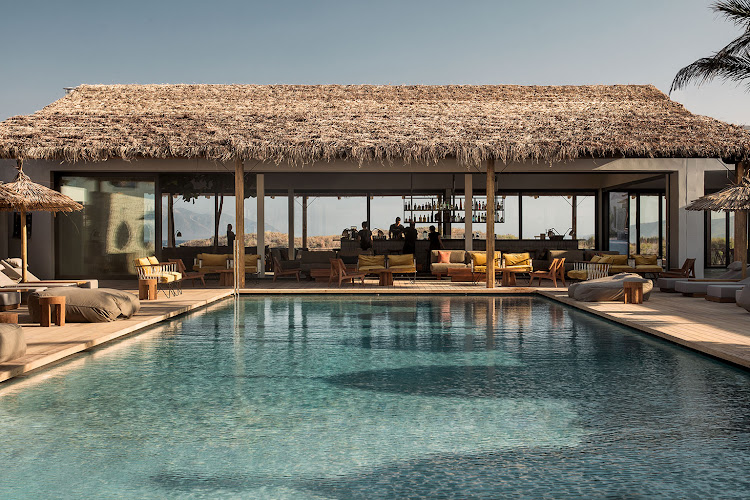 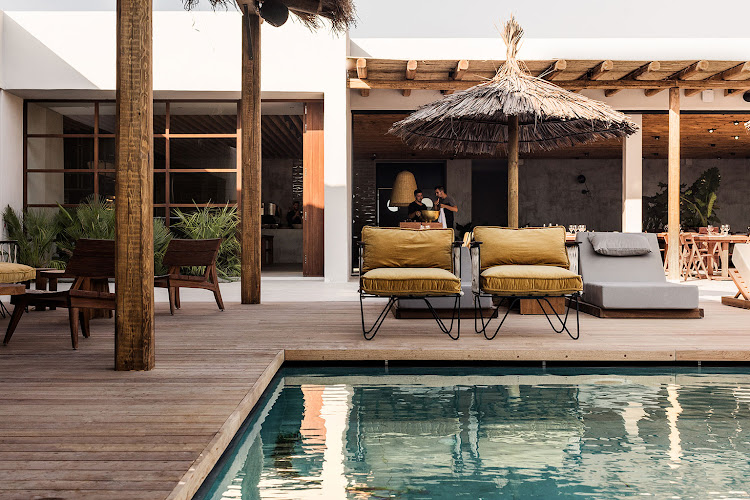 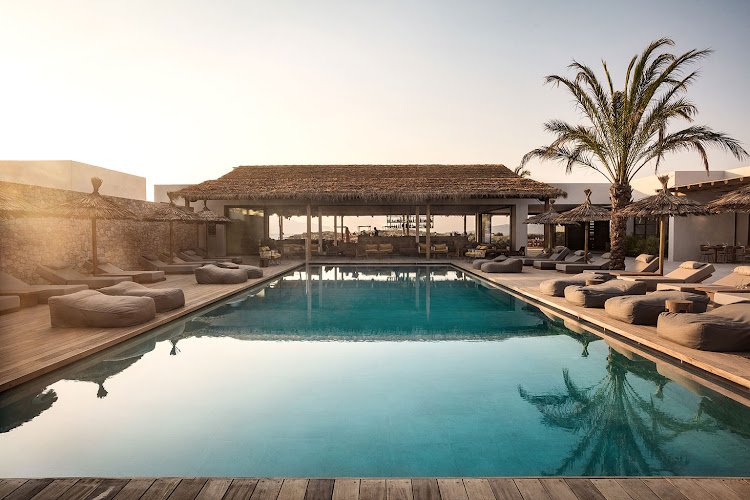 Murad Ahmed was a guest of Casa Cook. Packages start at £1,059 per person for seven nights, half-board, including flights from London Gatwick and transfers.

Visit the Seychelles for the ultimate in holiday luxury