I flop into the bar stool with my luggage piled at my feet, freshly tattooed and exhausted after a long day of walking in the rain. I am relieved to find comfort at one of my favourite restaurants in the world: Las Fernandez, a Catalonian-style café run by three sisters in the dingy side streets of Raval in Barcelona. 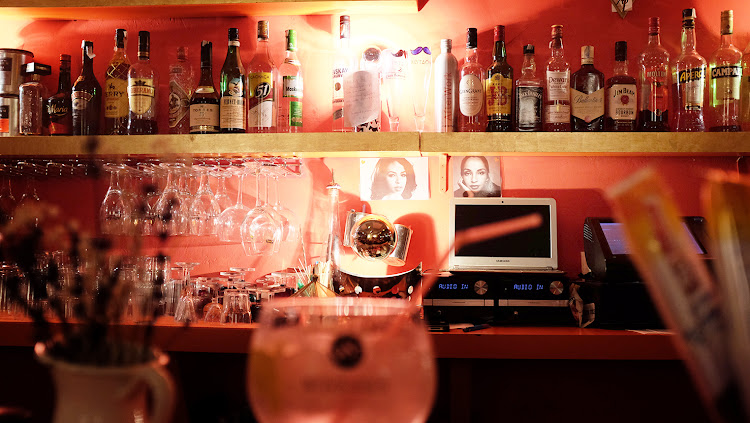 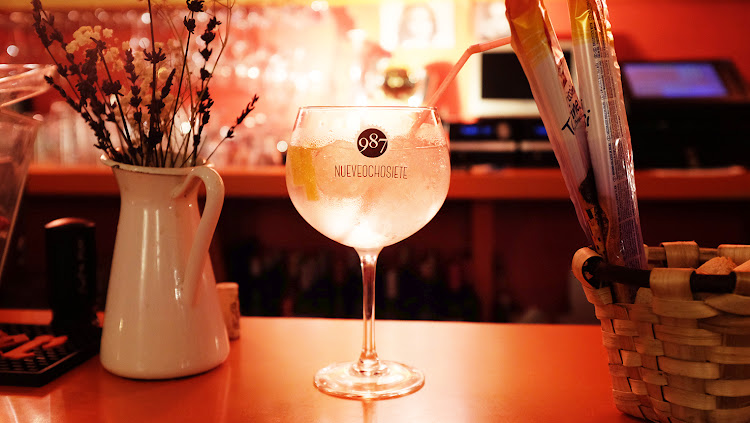 As I snack on bite sized, homemade pork sausages marinated in cider, I order a gin and tonic from the red lit bar. The bar tender pours generously and without measure, instead asking me to let him know when he should stop. This is intended to be the first of many gin and tonics on this vacation as I plan to investigate the  infamous relationship between the Spanish and the fragrant clear liquor.

When I was first introduced to Hope on Hopkins Gin, they called to my attention that Spain is the largest gin market in the European union and third largest in the world. It was this lifestyle, not to mention drinking a fair amount of gin down the Spanish coast, which inspired ex-lawyers Lucy Beard and Leigh Lisk to open Cape Town’s first inner city distillery in 2015. But since I was here, I decide to find the same inspiration and I try BCN gin after my second helping of 987, both of which are local Spanish gins with a punch of citrus. Everything is going according to plan. 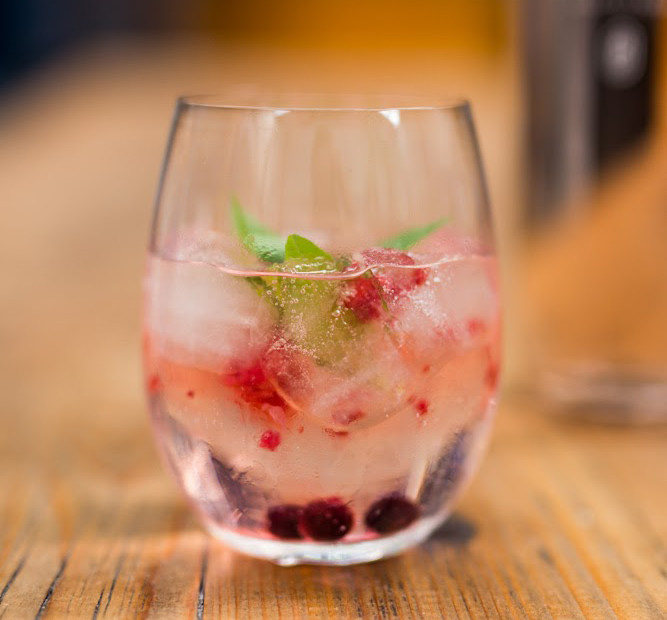 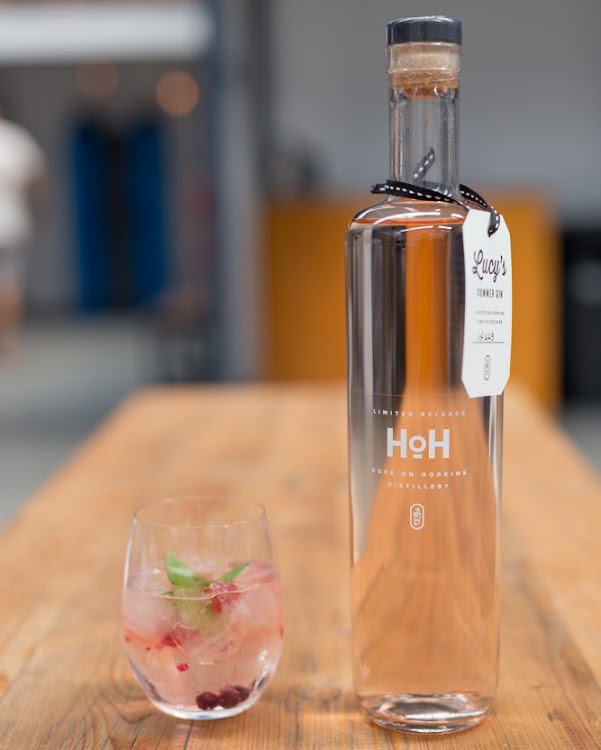 The next day my ragtag group of industrial designer traveling companions and I take in the sights of the city and make our way to La Plata, a 15 square meter restaurant with only six items on the menu.

Seeing as the Spanish sun is particularly warm and relentless, I pause my gin quest to try something brighter and it is then that their house vermouth catches my eye. This will be my first mistake.

I’m hooked. It’s dark as cola and tastes like summer with its sticky sweetness and resident twirl of orange garnish to balance the flavours just right. Let it be known that this fortified aromatised wine is more than just a martini cocktail’s sidekick.

The historical staple in Spanish culture almost completely fell to the wayside in 1970’s when it was seen as outdated as dictator Francisco Franco’s politics. Only today with a resurgence of national pride and a renewed appreciation for traditions has vermouth come back in a big way and now thankfully every hour is la hora del vermut (vermouth hour).

My second mistake is to try cava. One could call it Spanish Champagne but it is technically illegal to do so since 1986 and instead is defined by law as a "quality sparkling wine produced in a designated region” – that region mostly being Catalonia.

Cava is made with exactly the same traditional methods as French champagne and doing any less will relegate you to the label of “sparkling wine.” Either way, it’s bubbly perfection and reasonably cheap (by European standards) with almost every hotspot having their own version of “xampany.”

Don’t get me wrong; I did try to get back on the gin wagon with a Xoriguer Mahón gin and tonic that cost me R237 for the pleasure. It may have been the swanky surroundings of the slick black Libertine bar that caused the price to be so high but the gin itself was lacklustre. I don’t care if it has a rich history of first being made for British sailors stationed in Menorca in the 18th century, it still wasn’t enough to coaxe me back from Spains other traditional counterparts.

I was failing miserably in my quest but it was fine, it was still early days and I had plenty of time to explore the Spanish world of gin. Right?

It had been 12 days since my last gin and tonic. It is my last night in Spain and I was freaking out. How could I salvage this story? There was no time to go up north to the notorious Bobby Gin bar and the nearby famous baroque bar was deemed by all as too creepy to drink at. As I once again cursed my insatiable thirst for vermouth and Spanish “not really sparkling wine”, I see it: A storefront that had caught my eye a few times in the last three days. This time, however, there are people drinking in it. I had foolishly thought it was a fancy independent beauty store (there are many of them), as it had glass bottles of potions with twigs in them in the window. But those potions were actually fancy flavorful liquor and my salvation had arrived.

Ma-ce-ra is an all in one brewery/bar that serves its very own hard tack that it makes in on site. The original idea started in Madrid three years ago but branched out for the first time to Barcelona three months prior. It is beautiful and every craft drinker’s dream. The entire wall behind the bar is a menagerie of colours, from the shining bottles of small batch rum to whisky and gin. A minimum of 10 different varieties of gin in fact, each label adorned with handwritten scrawls of dates and ingredients such as coriander, lime skin and jalapeños. 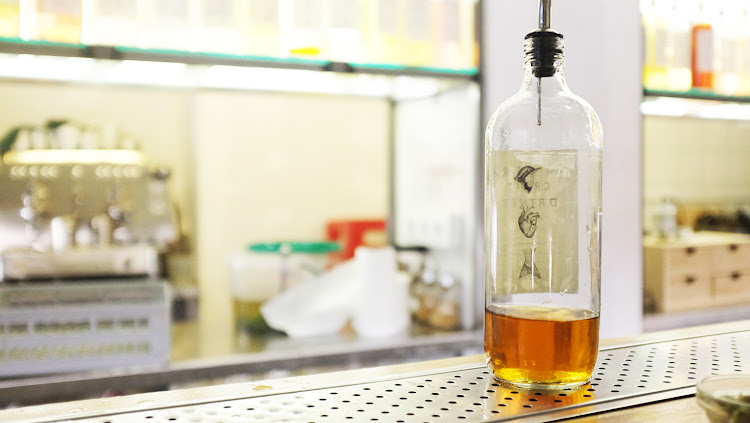 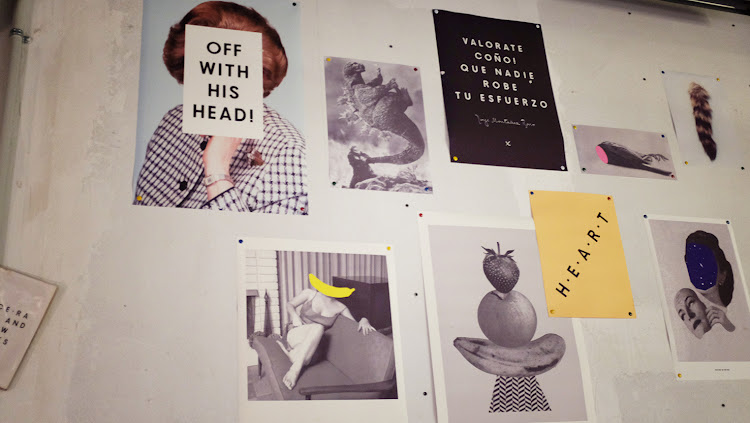 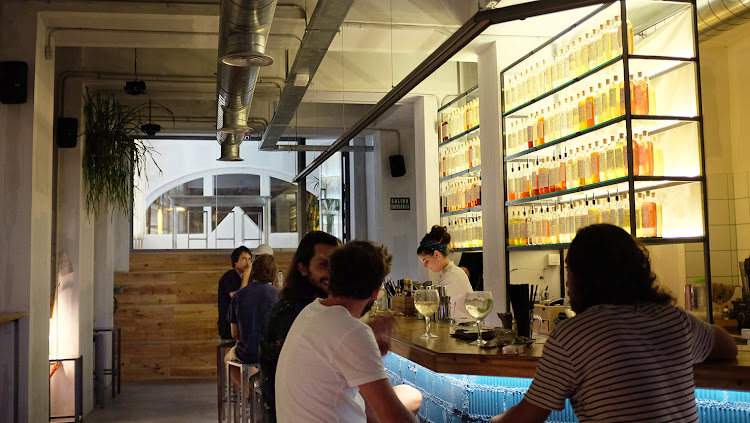 Like the very first G&T all those days before, this too is a miniature fishbowl of generosity. But unlike last time, this is hands down the best gin I have had ever had. And it is only R104 a glass! I had won, not only at life but at gin tasting.

It was so good, in fact, that after dancing to a mixture of hard electro, traditional Indian tunes, Nigerian hip hop and the Spanish version of “I will survive” at a Bjork DJ set – where she wore what can only be describes as a fashionable beekeeping costume - I returned at one in the morning for a second round. This time, however, I am armed with my camera and joined by my mother, who is uncharacteristically still awake. We later find out it is because the Spanish flu medicine we both had been taking (on the advice of an American travel blog) appears to be laced with speed.

Unsurprisingly, we drink until late. We have Pepino sours - cucumber gin with fluffed up eggs whites, bitters, lime and suga; - almond flavoured whiskey and gin infused with seaweed. The bartender Miguel agrees that Spanish gin tends to veer towards citrus tones and regales us with how he learnt about fynbos when he studied botany. He gives us shots of their special summer edition strawberry flavoured gin, sweet and delicious and smoother than one would expect a gin shooter to be. It reaffirms my love of gin and is the perfect ending of my haphazard journey though this Spanish drinking pastime, which thanks to places like this is very much alive and well.

If you wish to indulge in your own Spanish gin adventure closer to home we recommend buying the gin that started this journey in the first place: Hope on Hopkin’s Mediterranean gin, thick with flavours of olive, rosemary and lemon thyme. They too have their own special edition flavoured gin, “"Lucy's Last of the Summer Wine," a Cabernet Sauvignon Blush, made from crushed cab sauv grapes added to a tank of simple London dry gin, giving it colour, sweetness and fruitiness. It is available at selected bottle stores in and around Cape Town or from the distillery itself.

Or if you want be a rebel, grab a fresh bottle of vermouth and pour a generously Spanish serving on the rocks. Add an orange peel and olive and have good times at the ready.

Local, artisanal distilleries are producing gin with a uniquely South African flavour profile
Navigator
3 years ago
© Wanted 2020 - If you would like to reproduce this article please email us.

Cocktails from the cockpit