eVTOL - the future of urban mobility? 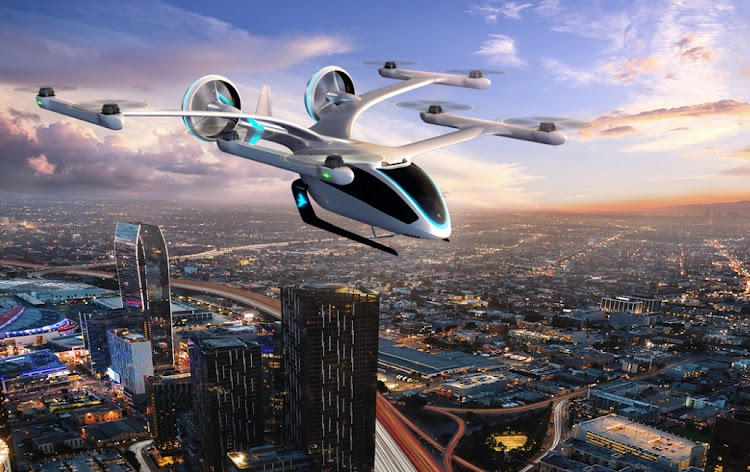 It wasn’t that long ago when the notion of pulling a small computer from your pocket to summon a chauffeur to your doorstep wasn’t far removed from science fiction. The divisive Travis Kalanick changed all of that in 2009 with the launch of Uber, and today we think nothing of tapping the screen for a ride across town.

Fast-forward to 2025 and those few taps might summon a ride of a different sort, if a handful of ambitious aerospace innovators have their way.

Innovators like Stephen Fitzpatrick, CEO and founder of UK-based Vertical Aerospace, one of a handful of companies making long strides in bringing eVTOL – electric vertical take-off and landing — aircraft to the urban environment.

Put simply, we’re talking Uber, but with a helicopter. Except, not quite.

The kicker in eVTOL technology is in the ‘e’.  Electric.

Mark Smyth looks at some of the ways autonomous cars will be tailored in the future
Cars, boats & planes
9 months ago

“This is the most exciting time in aviation for almost a century; electrification will transform flying in the 21st century in the same way the jet engine did 70 years ago,” says Fitzpatrick, an energy entrepreneur who founded Vertical in 2016 with the vision of decarbonising air travel.

Now in its fourth round of refinements, Vertical’s VA-X4 vehicle promises urban air mobility that will be faster, greener and cheaper than anything that has come before.

Promising speeds north of 300km/h, with zero carbon emissions, the VA-X4 claims to be near-silent in flight, pushing out no more than 45dB of noise while in cruise. That’s about as noisy as a quiet library, suggests the American Academy of Audiology. Admittedly the VA-VX4 is a little louder when hovering to land: 60dB, or about the noise of your dishwasher. 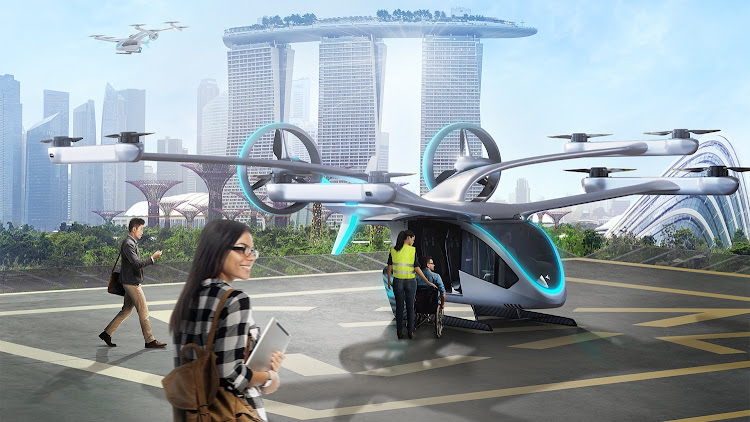 But don’t start packing your bags just yet. Though Vertical has secured orders from American Airlines (which has ordered up to 350 aircraft), Virgin Atlantic (another 150) and leasing firm Avolon ($2bn for 500), delivery is only slated for 2025.

Aerospace innovators also hope that eVTOLs will make urban air travel accessible to a wider slice of the commuter market.

“We’re going to democratise air travel,” Avolon CEO Dómhnal Slattery told the Financial Times. And while “helicopters have been the domain of the ultra wealthy,” Slattery hopes to get eVTOL travel down to the cost of an Uber ride.

French aerospace giant Airbus also shook up the eVTOL market recently, with the launch of its next-gen CityAirbus at its headquarters in Toulouse.

Its fully electric eVTOL is designed with a fixed wing supporting eight electrically powered propellers. The CityAirbus will carry as many as four passengers at speeds up to 120km/h, with a range of 80km.

“We are on a quest to co-create an entirely new market that sustainably integrates urban air mobility into the cities while addressing environmental and social concerns,” said Bruno Even, Airbus Helicopters CEO.

While the first CityAirbus prototype is only due to take flight in 2023, past prototypes have clocked up more than 240 flight tests, and flown about 1,000km.

“The CityAirbus NextGen combines the best from both worlds with the new architecture striking the right balance between hover and forward flight,” said Even. “The prototype is paving the way for certification expected around 2025.”

They are also working on what is perhaps an even more daunting challenge than getting eVTOLs in the air: the urban air traffic management to keep them safe.

Managing congested urban air channels could make ground-level rush hour look like child’s play, as hundreds of electric vehicles hurry across city skies. Throw the blue-sky dream of autonomous eVTOLs into the mix and you have a thrilling, if daunting vision of our mid-century cities.

But don’t hit cancel on your ground-level Uber just yet. While a brave new world of electric urban mobility is slowly spinning up over the horizon, you’ll be standing on the pavement waiting for your ride for some time to come.

As homegrown entrepreneurs apply global smarts to local challenges, moving around in Africa can only get easier
Travel
4 months ago

We've singled out five offshore property investments to wishlist
Voices
10 months ago
Next Article
© Wanted 2022 - If you would like to reproduce this article please email us.