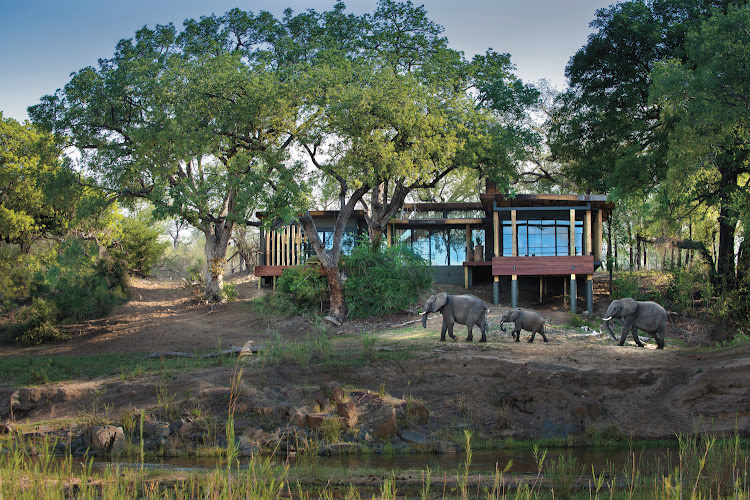 I barely have my camera and binoculars in place on the morning game drive when we spot African wild dogs on the hunt. It’s a pack of 20, scouring the bush to find prey. My guide follows one group of these painted dogs. They are running hard. We hear a commotion from dogs that are just out of sight. When these pack members reappear, their faces are blood specked. Younger pack members play with a stick, some bully a smaller dog by nipping its flanks, and a few lie down for a quick snooze.

The dogs spy a leopard and leap up to chase her. As we follow her off-road, she wisely bolts up a marula tree, where she casually watches the dogs as they circle the base. This pretty leopard was born under the deck of one of the nine suites in AndBeyond Tengile River Lodge, so is affectionately known as “the Tengile female”. She was recently seen mating with the territorial male, so cubs are expected in a few months. If the excitement of the morning drive at the Tengile River Lodge is anything to go by, the Sabi Sands Game Reserve is living up to its reputation as one of the most game-rich areas in South Africa. Close encounters with the Big Five are almost guaranteed, as the unfenced area borders on the Kruger National Park.

Prepared in advance to surprise me, we come across a table sporting a champagne breakfast, under a weeping boer bean tree. The chef has taken note of my food preferences and we sip bubbly from glass flutes, with background melody from white-browed scrub-robin, harmony by speckled mousebirds, and drumming from a golden-tailed woodpecker.

I stroll back to the lodge, finding little creatures such as colourful caterpillars, spiders in their webs, and lizards darting into the undergrowth. When I spot leopard tracks in the dust, I wonder if the Tengile female was here last night. A citrus swallowtail butterfly floats ahead of me, guiding me back to the secluded suite for a swim in my private lap pool. 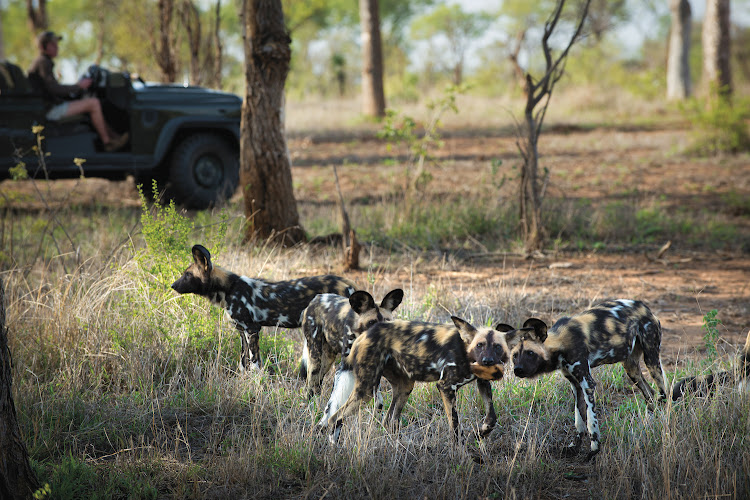 Overlooking the Sand River, the suite is an enormous 200m², with a master bedroom, bathroom, lounge with a fully stocked bar and coffee station, dining area, and a sunken outdoor lounge. A highlight is the outdoor shower area beneath the canopy of a jackalberry. Floor-to-ceiling sliding doors allow for maximum light and a view of the riverine forest from every room. Inspired by the nearby Selati Railway Line, Nicholas Plewman — the environmentally sensitive architect of the Tengile River Lodge — incorporated wooden pillars reminiscent of railway sleepers and stone from the railway track bed was crushed to form the aggregate in cement for the terrazzo floors. In keeping with the theme, the table in the sunken lounge is a brass flywheel or spinning disc used in braking during train stops. 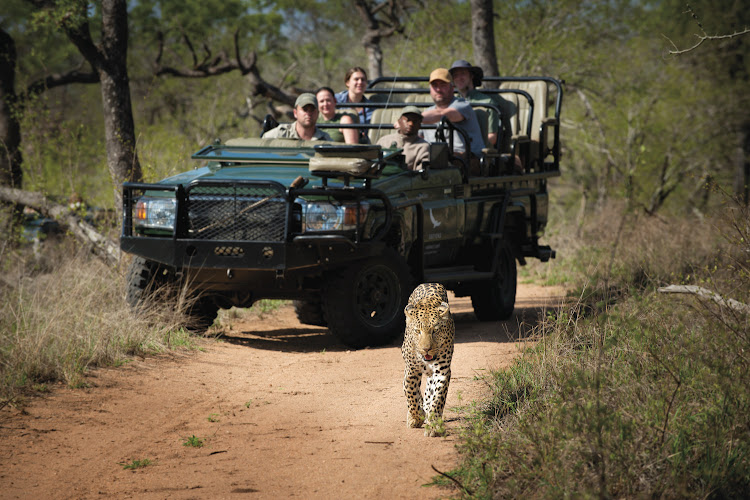 A Leopard on the prowl.
Image: ANDBEYOND.COM

Unwilling to leave this blissful space, I call the butler, who shortly arrives with a picnic basket.

In the outdoor dining area he lays out a gourmet lunch. Every meal — whether in my suite or in the communal dining area — is imaginatively presented, with choices from Ottolenghi-style small plates or deconstructed salads. Whiling away the afternoon by dipping into the leather-covered guidebooks, I glance down to a herd of African buffalo fording their way across the Sand River. Three bull elephants are browsing on the other side of the watercourse.

Mclaren flew to Skukuza on airlink 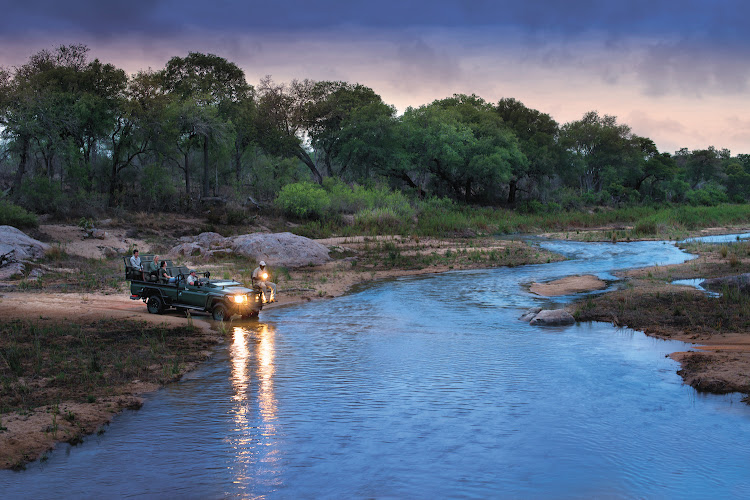 A game drive crossing the river at the Tengile River Lodge.
Image: ANDBEYOND.COM

The festival is reminding domestic travellers of all that the region has to offer, including oysters, exercise and outdoor adventure
Travel
11 months ago

Splendid isolation in the winelands

This exclusive members’ club offers a collaborative space for like-minded individuals to connect, and experience top-class amenities
Travel
1 year ago