Want to understand a place? Here’s a novel plan

The problem with travel today is that it’s easy to leave your mind at home. Once, it was difficult to keep up with the news in your own country. You might glean something from CNN or BBC World News, but you were otherwise stuck with local papers and TV stations, if you could understand them.

Now, with Twitter, WhatsApp and all your usual news sources on your phone, you can wake up to the latest White House or Brexit outrage and, linking from one story to another, spend every spare moment on them.

It is a pity not to have your thoughts on the country you are visiting, which is why I have adopted an “at least one book per trip” policy. I search out a novel or piece of non-fiction that will help me understand the place. If you start reading it on the flight or train there, you can arrive fully immersed.

Travel writing and the ethical conundrum

The genre could instigate a cognitive shift in our approach to previously conceived “Third World” spaces.
Voices
2 years ago

I have often taken books with me before, but my fixed “one book per trip” policy began during a trip to Singapore in 2014. Many see Singapore as sterile, stifling and not worth more than a weekend’s attention. That was my second visit and I developed a fascination with it. There is the ethnic mix — majority Chinese, but also Malay, Indian and other minorities. There is the friendliness of the people, the ubiquitous, excellent spoken English and the superb food. And then there is Singapore’s history: its fall to the Japanese during the second world war — a signal British humiliation — its postwar incorporation into Malaysia, then subsequent separation and its development, without any natural resources, not even water, into one of the wealthiest countries in the world.

Singapore is not for freedom lovers. There are elections, and an opposition party, but there are severe restrictions on free speech, assembly and the press. I couldn’t live there. But unlike other less-than-democratic governments, Singapore has provided its people with outstanding education, housing and infrastructure. 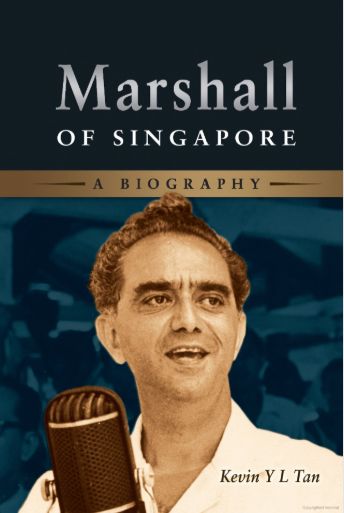 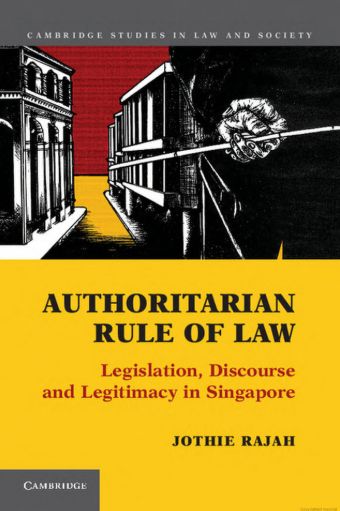 I downloaded two books on that trip. One, Marshall of Singapore by Kevin Tan, is a biography of one of the city state’s most remarkable characters. The son of Iraqi Jewish immigrants, David Marshall was a strident advocate of Singaporean independence and became its first elected chief minister. But he was a hapless politician and was easily outmanoeuvred by his great rival Lee Kuan Yew, who went on to become Singapore’s uncontested leader. Marshall, instead, built a reputation as Singapore’s finest criminal defence lawyer, with a record of acquittals so long that Lee, exasperated, scrapped the jury system. While giving the government credit for Singapore’s economic successes, Marshall was a persistent critic of its human rights policies.

The other book I found online was Authoritarian Rule of Law by Jothie Rajah, a Singaporean academic now working for the American Bar Foundation, who dissects the country’s legal system which, she says, protects corporate rights while clamping down on dissident individuals.

As both these books were oppositional, I decided to go for a pro-government account for my third trip to Singapore last month. I was aware of Lee Kuan Yew’s memoirs — you can’t walk through a bookshop in Singapore Changi airport without noticing them — but I assumed that they would be hectoring and humourless.

I was engrossed by the first volume even before take-off from Heathrow. There is self-admiration, but Lee includes voluminous quotes from his enemies and less-than-flattering assessments from diplomatic cables too. It is worth reading just for the vivid account of the Japanese occupation.

I landed back at Heathrow still immersed in his tearful announcement of Singapore’s separation from Malaysia in 1965. Further Singapore reading suggestions for my next visit would be welcome.

A trip into the rich history of Cambodia

'Istanbul - A Tale of Three Cities': a majestic biography of the first truly global city

As any visitor to Istanbul will tell you, the past lies very close to the surface of this storied city
Travel
3 years ago