Why Antarctica leaves an indelible mark on adventurers

Swimming with a leopard seal, or hanging in a crevasse — the icy wilderness holds allure 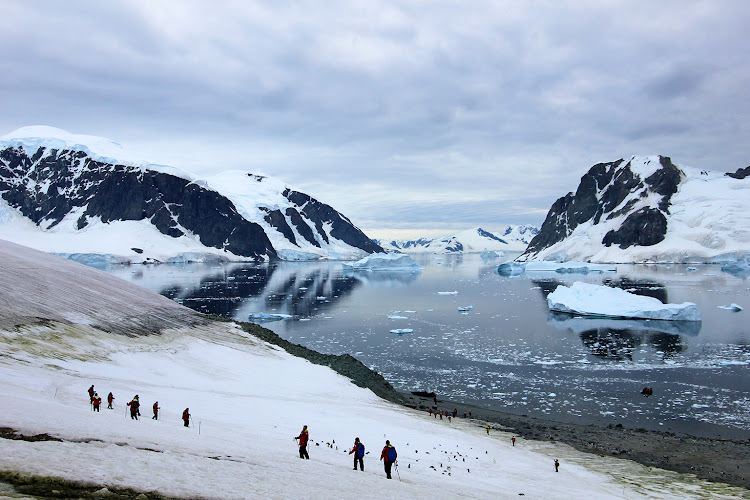 A group of hikers with gentoo penguins around in Antarctica.
Image: 123RF / Martin Schneiter

Whether it is plunging into icy water near a thousand-pound leopard seal, or hanging chest deep in a crevasse, the Antarctic holds a special allure for a select group of billionaires and business people. Here, four of them talk about why they go, what dangers they face and whether it is environmentally acceptable to visit such a pristine wilderness at all. 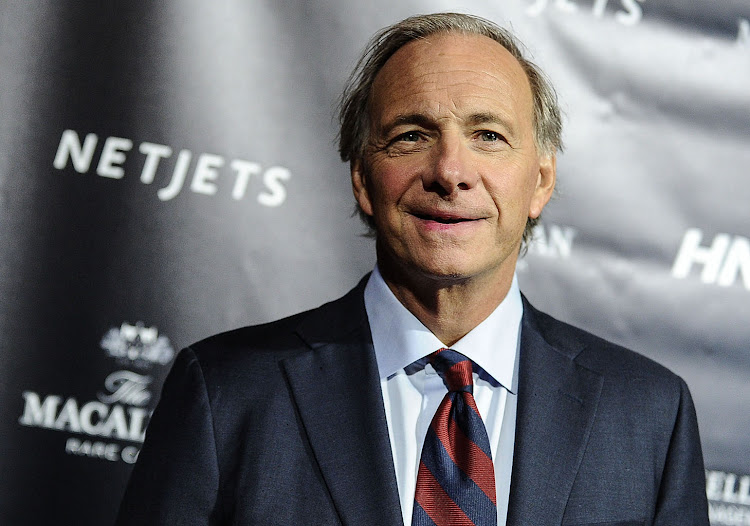 Ray Dalio, founder of the Bridgewater Associates hedge fund, has been ranked one of the world’s 100 richest people.

But he is surely the only billionaire to have jumped in the water with a thousand-pound leopard seal in Antarctica.

Mr Dalio, an ocean exploration advocate, says his dive with the powerful predator happened in January last year when he made his first visit to the frozen continent on his research vessel, Alucia.

An acclaimed polar photographer, Paul Nicklen, was on board and Mr Dalio says he came up with the plan to jump in with the sharp-fanged seal.

“When he suggested that idea I was thrilled by it but couldn’t imagine how we’d do it,” Mr Dalio told the FT.

Hedge fund Goliath Ray Dalio: ‘I have an affinity for mistakes’

“We plunged into the icy waters in our dry suits and went straight at the leopard seal, though I was a safe couple of feet behind Paul.

“Though the water was bone-chillingly cold, I was hot with my heart pumping. It turned out that the seal was more playful than ferocious so we three — Paul, me and the seal — played for a while. Then the seal swam off.”

The trip also revealed deep water glimpses of what Mr Dalio described as “gorgeous icebergs”, thanks to the Alucia’s submersibles, which were used in the filming of the BBC’s Blue Planet II documentary.

The billionaire says he is no expert in Antarctic travel beyond his own. But he recently founded OceanX, an exploration initiative he and his son, Mark Dalio, launched in June to help scientists and film-makers bring the ocean’s depths to wider public attention.

“I think that the most important discovery we could make about Antarctica is the rate at which we are losing it and the consequences for mankind of that loss,” he says. 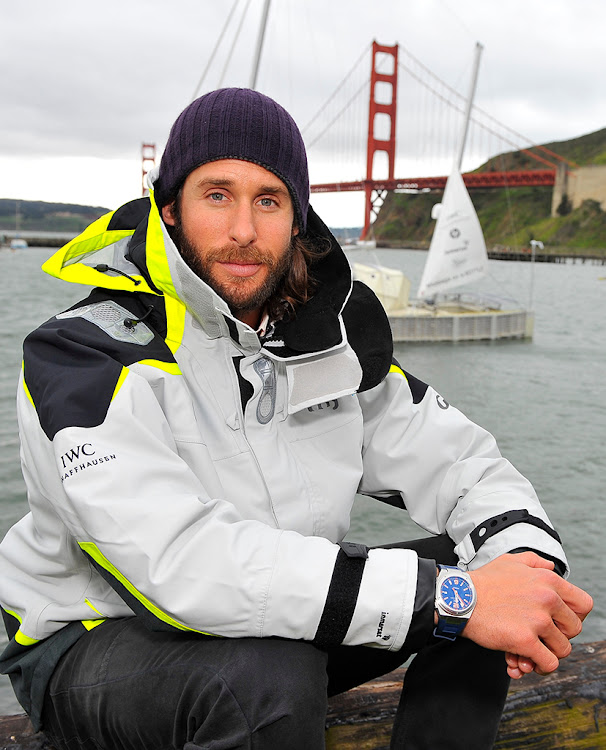 David de Rothschild’s trip to Antarctica began with him setting his pants on fire and nearly ended when he fell into a crevasse.

Yet the 40-year-old heir to the European banking fortune still thinks there is much to be said for going to the place that almost killed him.

“It resets you, it leaves this kind of indelible mark on your spirit,” he says. “You come back, and you feel that you have unlocked something very primal.”

Mr de Rothschild was only 26 when he managed to talk his way on to a team of trekkers planning to cross Antarctica by ski, kite and foot in 2004.

They arrived in the middle of a storm that kept them ice-bound for a couple of weeks, which is where he first hit trouble. Walking into a mess tent one day, he remembers thinking: “God, it really smells of plastic in here.” A heater he had not seen had begun to melt his trousers, he says. “So there I am, about to head off on this expedition, and I’d set my pants on fire.”

It got worse once the trip began. One windy day, he stopped about 100m away from the rest of the group behind his sled, took a few steps and suddenly found himself hanging chest-deep in a crevasse above a bottomless blue void. The wind carried off his screams for help. The others could see his head behind the sled and thought he was sitting down for a rest. Eventually he managed to edge himself out to safety but it was, he says, “a pretty scary moment”.

The patriarch on Macron’s time at Rothschild, almost merging with Lehman — and why he’s inspired by the coach of Les Bleus
Voices
2 years ago

Today, Mr de Rothschild is an environmental champion and green businessman who recently launched his own high-end eco travel service.

He says there is no way to sugar-coat the fact that the growth of tourism poses a threat to pristine environments such as the Antarctic.

So should people just stay at home? There is no simple answer, he says, because visitors can also spread the word about the importance of these places. “I personally think that is a massive means to an end,” he says, “and a massive benefit.”

In 2013, self-made millionaire Julio De Laffitte was driving home from a dinner on Australia’s Gold Coast where politicians had been talking about how to fix the economy when he suddenly had a thought.

What if he could get a bunch of entrepreneurs and investors to spend at least a week together in a place with no mobile phone coverage to think up smarter ways to boost the country’s prosperity?

“I wanted to take people to the edge of themselves,” he says. He tracked down an Antarctic tour boat operator and said he would like to book an entire vessel.

By early 2015, the financial services firm founder was heading off for 11 days with more than 100 people to the Antarctic Circle.

The venture required an outlay of more than A$2m and participants each paid thousands of dollars for a berth. They ranged from established business people with billion dollar companies to young tech start-up founders.

Each day, in between boat trips to spot seals and penguins, there were brainstorming workshops where people would pitch their ideas in what Mr De Laffitte called a “Dragons’ Den with kindness”.

The result, he says, was the formation of dozens of businesses, investment of A$15m and sponsorship of A$32m.

The founder of a commercial drone company got backing for a venture Mr De Laffitte believes will save “millions of dollars of inefficiency”. Others decided to digitise their businesses or branch into new operations.

Mr De Laffitte has since organised a similar trip to the Amazon. This year he’s heading to Africa and next year he’s eyeing India. But the year after that, “we’re going to do Antarctica Revisited,” he says. “One hundred per cent.” 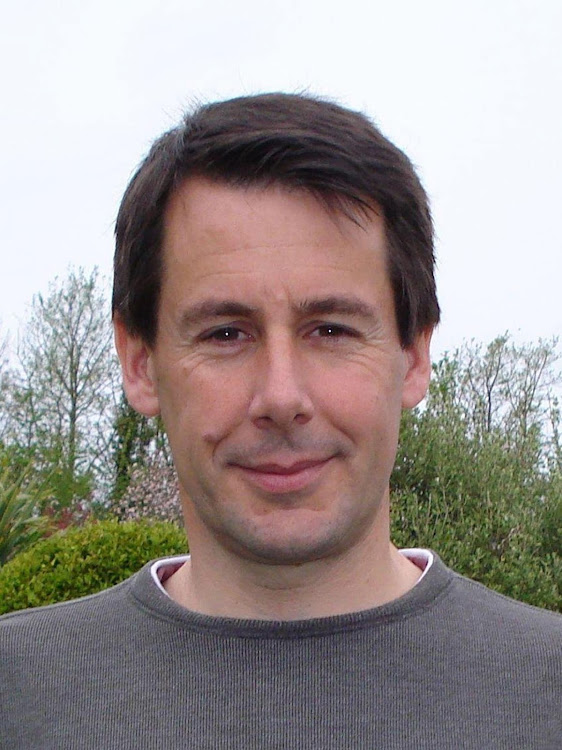 John Wilton-Davies was a 44-year-old financial consultant in Exeter with two young children when he decided one day he wanted to ski alone from the coast of Antarctica to the South Pole.

“I think the word ‘midlife crisis’ sums it up quite well,” he says, explaining he had been gripped by an urge for adventure “before family life sucks me in to middle age”.

He would have been only the sixth person to achieve such a gruelling solo feat, and the oldest. But as is so often the case in Antarctica, things did not turn out as planned.

At first all went well. His wife was “generally supportive”, even though the venture — which included training trips to the Arctic — took him away from family life for months and cost tens of thousands of pounds.

He arrived on the ice in late 2006 and initially thought his biggest problem would be boredom.

“You’re just walking along on your own every day with no one to talk to, nothing to listen to,” he says. “I saw two aeroplanes the whole time and not a single living creature, not a bird, not an insect.”

About 35 days in, he hit trouble when his skis suddenly fell through the ground and he was horrified to see blue holes below “disappearing into the distance”.

He had stumbled into a heavily crevassed area, a frightening situation alone. He survived and went on for nearly another month but, eventually, a mix of bad weather and other factors conspired to force him to stop — just 70 miles from the South Pole.

“I’m probably easily the person that’s walked the furthest without getting to where they wanted to get to,” he says.

So would he go again? “I would love to, but it’s a very expensive place,” he says.

“What would be nice is if a nice wealthy client came along and said, ‘You’ve got experience in this, would you be my guide?’ Then I’d be delighted.”

Patagonia: the ultimate place to get away from it all