My secrets for avoiding jet lag when flying economy class

It can be done — road warriors told me how 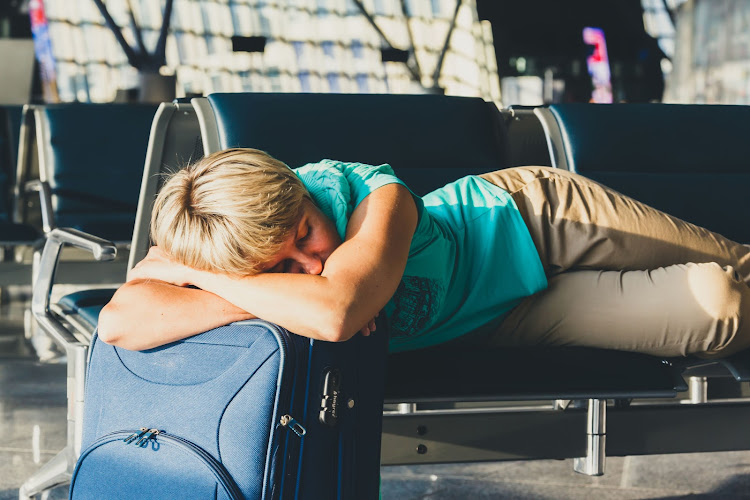 I was flying home to London from Australia last weekend when a nice man from Qantas asked me to put a name tag on my suitcase during a stopover in Dubai. “This pen of yours is fantastic,” I gushed as I scrawled my name on the tag with one of my favourite types of pen. “Thanks,” he said. “But it’s actually yours.” Disturbingly, it was. In my jet-lagged stupor, I had somehow managed to forget I had fished it out of my bag only minutes earlier.

In my defence I had just flown overnight from Melbourne for 14 sleepless hours, strapped upright in a seat beside a row of sobbing infants. But it was a worrying moment considering that this week, in an awful case of bad timing, I am due to make another day-long flight, to the bottom tip of Chile for work. Even for someone from Australia, a nation of long-haul specialists, these back-to-back treks looked daunting. So I decided to take stock of all the jet lag tips that truly work, as opposed to the vast load of twaddle on the topic.

Starting with the latter, it is astonishing how often people are still advised to prepare for a big flight as if they were Olympic athletes or jobless. The UK’s National Health Service is a typical offender. Its jet lag page blithely suggests flyers “start going to bed and getting up an hour or two earlier or later than usual, in line with the time of your destination”.

This assumes phenomenal levels of willpower and more importantly, a boss who lets you skip work to stay in bed. It is as practical as British Airways’ ultimate jet lag adviser, an online calculator that tells you when to shun or seek out light.

As a former Financial Times aerospace correspondent, I do not doubt all the research suggesting a dose of light at the right times can help shift one’s body clock to curb jet lag. But good luck making it work in real life. When I tried BA’s calculator after returning from Australia, I received the bewildering advice to “seek light between 0:00am and 2:30am”.

Forget all the guff about resetting your body clock with light, melatonin or whatnot

It gets worse once airborne. There, one is frequently told to engage in two mutually exclusive activities: glug water constantly and sleep as much as possible. Maybe this works for people with an iron bladder and sleeping superpowers. Ordinary mortals can forget it, especially those in steerage.

Speaking of which, there is a special brand of unhelpful advice from chief executives such as Yang Yuanqing, chief of the personal tech group Lenovo.

“Choose a midnight flight and take a good nap on the plane,” he told China Daily. This makes sense if you have a bottomless supply of business class tickets. Sadly I do not, which is a shame because I have reluctantly concluded that by far the best weapon against jet lag is a seat in business.

In its absence, I have three other tips. Breaking up the flight with a stopover is by far the best. I had never tried this until an Australian friend based in the Middle East said he swore by it, normally stopping at an airport hotel for long enough to get eight hours’ sleep before hopping back on the plane. It obviously takes more time and money, but rarely as much as an upgrade. It won’t work for my flight to Chile, sadly, because I have to fit in with other people’s travel schedules. But having just done it in Dubai, after which there has been no repeat of the pen embarrassment, I am a convert.

My second tip is from another road warrior friend: act like a new mother. Snatch sleep whenever and wherever possible, regardless of the time in your destination. It does not work as well as a stopover but still helps.

Finally, forget all the guff about resetting your body clock with light, melatonin or whatnot and concentrate on doing it with food. Eat as little as possible at the airport and on the plane, then tuck in at the first meal time in your destination, preferably breakfast at least 14 or so hours later.

I came across this ploy fairly late in life from a chef and wish I had discovered it sooner because it is far easier than it sounds and curbs the worst of jet lag. There is even research to back it up, though admittedly it was done on mice.

I do not claim to be the last word on all this. Suggestions on other useful remedies will be gratefully received, as long as they work in economy and preferably if they come this week.

Business class is a serious business

Business-class airline travel always looks delicious from the pages of the brochure - we asked members of the Wanted team and friends to report back ...
Travel
5 years ago

A city for all seasons