Last night Samsung threw a lot of phones – and more – at us to celebrate its 10th anniversary of the Galaxy phone range (and 25 years of being in South Africa.)

There is a lot of ground to cover so here we go ...

The one we have all been waiting for was finally – properly – revealed to us. With a 4.6inch front display the phone folds open like a book, opening to a 7.3 inch display thanks to a specially designed unbreakable hinge.

The glass bends as promised, and seamlessly communicates between the front and the middle displays thanks to App continuity. So basically, if Google Maps is open in the front, the map will open up on the inside when you fold it open.

But that’s not all that the giant display is capable of. You can seamlessly run three apps on the mini tablet-like screen at once. You can watch a video, Whatsapp your friend and book a flight all at the same time with no lag.

This is possible because the phone runs on two batteries – stored on either side of the phone. The phone also has a premier chipset, 12GB of RAM that allows data to be read twice as fast as other smart phones. For everything else, there is the 512gig memory that comes standard.

More so, it has six cameras. Three at the back, two on the inside, and one in the front. Because, of course, they needed to have at least one more than the new LG V40 ThinQ.

All those batteries, screens and cameras will set you back though. What we are looking at is $1 980 (about R28 000) before tax, import and local providers slice on top. I imagine it will be closer to R38 000 when they’re done. Expect it in SA towards the end of May.

The new Galaxy S comes with all new bells and whistles. Each version of the Galaxy S10 has more screen than ever before with it’s new “Infinity O Display”. This basically means less bezel and more screen for your buck. That same screen will now be a dynamic AMOLED that supports HDR10 + with dynamic tone mapping that optimizes the colour of your screen. Fear not! All that screen does not mean more harmful light as it sports 42% less intrusive light.

The screen also has a built in fingerprint scanner on the front of the screen (a la Huawei) that is so advanced, it cannot be duped by 2D or 3D duplicates of your thumb prints.

Camera wise, the Galaxy S10+ now boasts three cameras at the back – including a 123-degree wide angle lens – that operates at the same angle as the human eye, allowing for ridiculously panoramic photos with wider frames. In terms of video, you can now shoot in HDR and edit the videos in camera. Thanks to Samsung’s collaboration with Adobe, you have a mini Premier Rush Suite that lets you edit, colourise and add text graphics to your videos on the go.

But in terms of collaborations, the biggest is that of Instagram. The social media giant now allows you to create Instragam posts and stories right inside your selfie cameras (there are two of them now).

Battery wise, the Samsung’s already long lasting battery, now lasts even longer – 25% longer in fact – than the S9. It also boasts wireless charging share (a la Huawei), which means you can charge your friends phones as well as your Galaxy Buds and Galaxy Active watch all on the back of your phone. 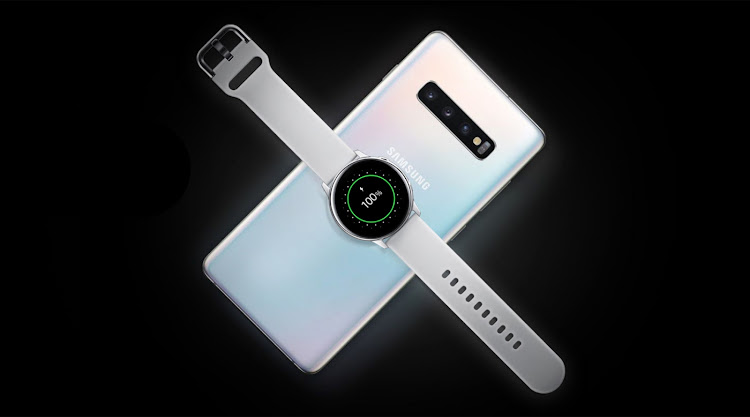 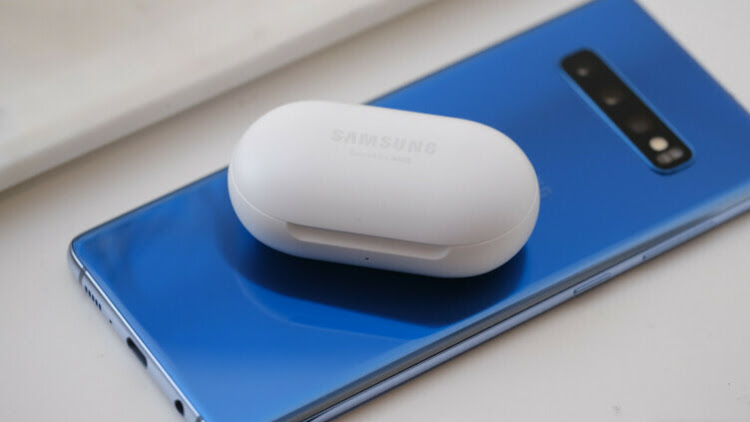 This announcement may be the most premier of the series, but also the most illusive. Based on the premise of a world when 5G networks are finally up and running.

Not only will that be a while for even our fastest moving telecommunications compatriots overseas, but most definitely for us. Although there are rumours that some version of 5G will launch globally this year, it will still be built on preexisting infrastructures and not the new backbone tech needed. So we will have faster wireless communications, just not the full dream, that Samsung promises in its impassioned speech.

However, it is most certainly a ‘doomed if they do or don’t’ situation. You may as well make the announcement before the tech is even ready – so as to say you did – before your rivals Huawei have their say on the March 26.

The phone supposedly has a 6.7-inch screen – the largest of any Galaxy ever made – all the better to see your 4 rear camera images with. One of which is a 3D depth-sensing camera that will break out feats such as full augmented and virtual reality, as well as facial recognition.

All that screen and camera is going to need a monster 4,500mAh battery, 256GB of storage and a microSD card slot. Curiously, it has less RAM than the S10 series but this is because 5G will make everything smoother and faster by merely existing.

It was only going to be a matter of time before the Korean’s took on Apple’s ever-so-popular Airpods.

The buds work for 6 hrs of music or 5 hrs of calls and can be voice activated through AI overlord, Bixby. You can even communicate to your phone through the Buds and Bixby to gain access to your apps in a hands-free manner.

The new Galaxy Buds come with a charging case – which can be charged wirelessly on the back of your phone and pair up with your phone simply by opening the case (a la Airpods).

The watch got a much needed facelift. Sporting a far slicker design and lighter frame, this new version is built to take on Fitbit – as is the new Galaxy fit tracking band.

It has everything you need in a Fit Smart watch, including: heart monitors, 50m depth waterproof and a sleep tracker. It can also do all the nice smartwatch-pairing-with-phone-stuffs such as, accessing apps and retrieve notifications.

New year, new you, new tech. Here is a roundup to keep you abreast of the latest and greatest
Tech
1 year ago

The rumour mill is abuzz with talk that the Samsung folding phone could soon be a reality
Tech
2 years ago
Next Article
© Wanted 2020 - If you would like to reproduce this article please email us.