Wanted got to play with Samsung’s new sensational folding phone and Galaxy S10+, here are our initial thoughts … 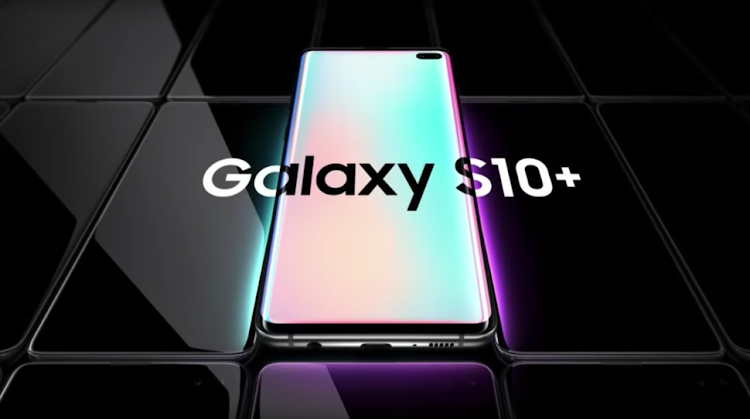 We were herded into in a darkened room, told to check our phones at the door and stand two-by-two at the counters. There, under the plexiglass, was a shroud covering the object that all the world was making a fuss about – the newest sensational flagship of Samsung’s Galaxy range – the Fold, just in time for cellular series 10th birthday. Eventually, out came some men wearing white gloves who then handed the phones to us, tentatively, spying on me like I was a five-year-old in the supermarket, with a sweet in my hand, convinced I was up to no good.

It is understandable that they weren’t keen to hand over the goods. The folding phone has been a white whale for cellphone manufacturers for the last couple of years. But now, finally, after eons of rumors, murmurs and registered cellphone patents it was here and it was, well, a little awkward.

One would expect that a folding phone would be thick, like a small sandwich, but it was a lot skinnier when folded than I imagined, harking back to the Nokia Communicator days of 1996. The skinny frame is as such because it is all the better to unfold into the nifty 7.3-inch mini tablet-like display, however, after having a wide set phone over the last four generations it is definitely something that will take some getting used to. As will the weirdly tiny front screen.

From the Samsung Galaxy Fold to the Galaxy Buds to the Galaxy Fit watch, we unpack the notable mentions from the event
Tech & Gadgets
3 years ago

It would appear that in the effort to hold all that screen and the phone’s six cameras, (three at the back two on the inside and one in the front), some concessions needed to be made in the front design on the folding phone. This translates into a 4.6-inch mini screen with hulking big black bar bevels at the top and bottom, which after moving so far forward towards infinity displays seems very backwards. So backwards in fact, that although the screen is more than functional, it weirdly gives the vibe of another 90’s classic communicator device – the beeper. It let’s you know what you need to know but you’re still going to upgrade to an actual phone to get the job done.

Luckily when unfurled, the phone is more than up to the task. It’s practically a dream size for getting stuff done, though it sits really comfortably in the hand. The screen is crisp, capable and very cool – and yes, the glass really does fold.

They have managed to create a modern marvel that bends and snaps to attention in the most miraculous of fashion. In an instant you realize that there will most definitely be many a folding phone in your future – but not necessarily this incarnation.

There is an adage in the tech world of “maybe wait for the next gen,” because no matter how pretty the new tech is, it’s still new. There are bugs that you don’t even know about and frankly, only time will tell. More importantly, with time comes cheaper innovation.

It is understandable that, ever since Apple set a president with its luxury price points for its iPhone X’s (some weighing in at R33 000), that a folding phone – leaps and bounds ahead in innovation – would be playing in the same ballpark. The price on the Fold comes in at $1,980 (about R28,000) – before tax – which means that when local providers and import duty offers take their cut, we are probably looking closer towards R36 000. But I still don’t believe that phones – no matter how much we use them – should cost the same as a tricked-out gaming laptop.

• The Galaxy Fold is reportedly expected to arrive at the start of May in very limited numbers.

While you wait for the Galaxy Fold, you should go for the Samsung Galaxy S10+ instead. This phone is ridiculously slick. Not only is it slimmer and lighter, but thanks to the new “Infinity O display” it is pretty much toe-to-toe screen wise with the Note9. Sure, the punch hole cameras in the top left corner are a little odd but it really does make the screen feel a whole lot tidier somehow.

The same screen – thanks to the AMOLED that supports HDR10+ – also manages to bring a noticeably crisper and cleaner graphic experience. And all that 12GB RAM translates to superior navigation and happy apps. Plus, in spite of the superior screen and power, the phone battery lasts noticeably longer – easily a whole day after some hefty abuse.

The five cameras do everything that they promised – including live focus selfies – although I have yet to find the mythical in-camera Instagram merger. That, along with the somewhat sticky in-screen fingerprint scanner that often times hates my fingers, are the only gripes so far.

Well that, and the fact that Samsung seem to be going the way of Apple and starting its S10 range at a higher price point than ever before. What used to set you back R15 499 (for the S9) now starts at R18 999. Yes, the global economy isn’t what it used to be but that is R1 000 more than the 9+ last year, which has now officially creeped over the R20 000 mark by R999. The ever rising prices is one new phone trend that I hope doesn’t become the new standard.

New year, new you, new tech. Here is a roundup to keep you abreast of the latest and greatest
Tech & Gadgets
3 years ago

The Galaxy Note 9 is the perfect example of why Samsung is the world’s biggest cellphone brand right now
Tech & Gadgets
3 years ago
Next Article
© Wanted 2022 - If you would like to reproduce this article please email us.