The war for your arm and mobile payments is here as banks snap up exclusive tech deals, hoping to get an edge on the competition 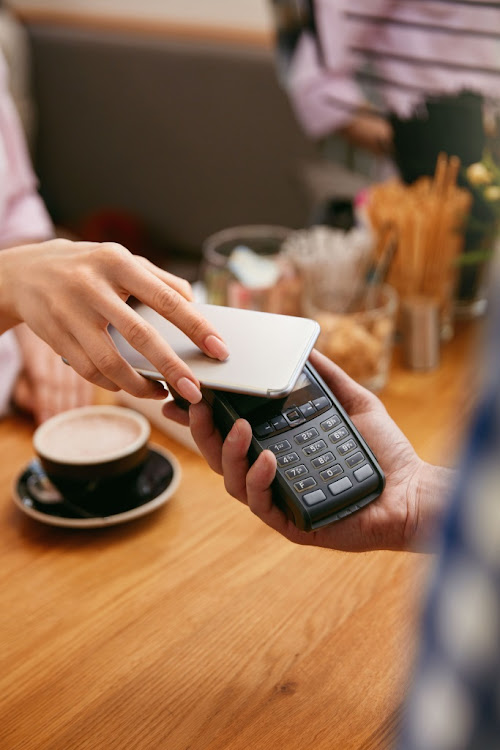 The war for your arm and mobile payments is here.
Image: 123RF/puhhha

Last week, Samsung announced South Africa would be the first country on the continent to have access to their Samsung Pay capabilities. Partnering with “a limited number” of Absa customers through an “Early Access Program”, a lucky few were given the ability to simply tap their phone on a payment terminal to complete a transaction. This is more or less just a way of creating hype while testing the market before releasing it to all within the month of August.

Not two days later, FNB announced they had partnered with Fitbit and Garmin to offer clients access to the wearable market’s tap-and-go system. It works pretty much the same way as their tap cards and cardless FNB pay app and still requires those ever-elusive special machines.

Samsung, on the other hand, boasts that their proprietary tech called Magnetic Secure Transaction can make contactless payments “virtually anywhere and on practically any terminal”, so you won’t need the upgraded machines. But, with the way handheld card-machine signal has been acting up lately, I wouldn’t believe it until I had tried it myself.

Now we wait on Nedbank and Standard Bank to see which way they will turn – Apple Pay is still up for grabs. Standard already had a sizable chunk of the payment-on-the-go market with their SnapScan app. I mean, no churro purchase from a market in the park would be the same without it. So, it’ll be interesting to see if they double down or diversify.

Also, who is to say that once the exclusive dust clears, the likes of Samsung or  the wearable markets won’t loosen their grip and allow other banks to play in the same space?

I’m sure Samsung cutting off the rest of the market is not a long-term plan, as their website says more bank options are coming soon. However, it'll be interesting to see how long Absa can keep their hold.

Earlier this year, Huawei announced its intention to bring its pay methods to Africa and the second biggest smartphone manufacturer in the world will be a prize contender.

Until then, for a limited time, Samsung Pay users will get a R30 voucher from Mugg & Bean after their first transaction. What a time to be alive.

You might not be able to pronounce it properly, but there's a reason why Huawei is the third biggest cellphone brand in the world
Tech & Gadgets
4 years ago

The new Samsung S9 vs a pro photographer

Samsung claim that their new flagship device has “reimagined the camera”. We asked a professional photographer to tell us the truth
Tech & Gadgets
4 years ago
Next Article
© Wanted 2022 - If you would like to reproduce this article please email us.