Is my home spying on me?

The future definitely involves a smarter home, but there are good reasons to resist the current range of record-everything smart speakers 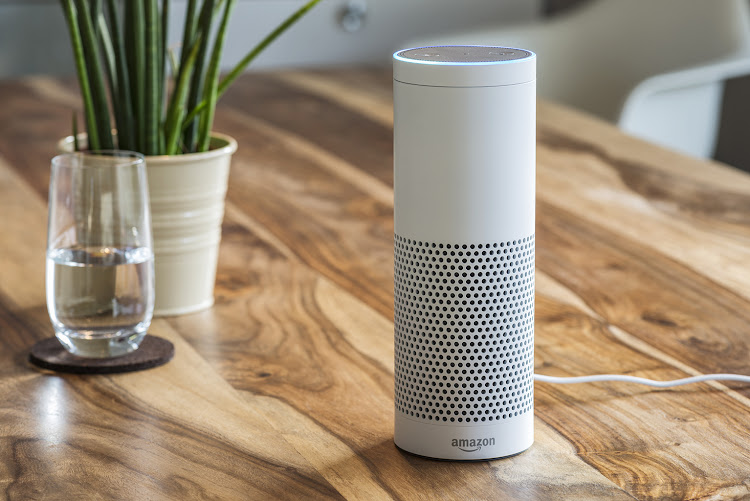 “Where are all the gadgets?” a friend asked when he came to my house for the first time recently. Because I publish a technology magazine, he’d been expecting some fancy smart home of the future, where everything — from the lights to the refrigerator to the sound system — was wired up. He was especially disappointed that I don’t own an Amazon Echo speaker.

My wife and I are very old fashioned. We get up and walk to the wall to turn the lights on. And off. When we want to search for something, we reach for these things we call smartphones and ask The Google.

I very deliberately do not have any kind of smart speaker, because of some very real privacy concerns. To build up a database of your voice — which is added to the database of all voices — for its voice assistant Alexa, Amazon records everything you say. Yes, everything.

The future is here: we’re not quite at the level of the Jetsons, but we can command disembodied robot voices to fulfil our (almost) every whim
Tech & Gadgets
4 years ago

Only when you say “Alexa” does the Echo speaker register that you’re giving it an instruction and act on it, but it still uploads everything you say. Google’s voice assistant, in its equivalent home speaker, does the same.

When I tell this to most people, their default response is a dismissive “I’ve got nothing to hide” remark, coupled with one of those looks suggesting that I might be a little too paranoid. If anything, I don’t think we are paranoid enough. The recent Cambridge Analytica revelations about the surveillance economy run by Facebook should be a strong warning.

That nothing-to-hide argument is a fallacy. Sure, you’re not plotting treason, but your privacy is a deeply personal thing, and you should guard it jealously. We’ll look back at this early period of social media and realise how easily we surrendered our privacy.

It’s a sad sign of how social media has desensitised us to the value of our privacy that we no longer react with the appropriate scepticism and caution about such wanton invasions of it.

How much convenience is truly worth it to say “Alexa I want to hear The XX’s new album” or “Alexa, what is the weather going to be like today?” when you can take, oh, 10 seconds more to check an app on your phone?

Who wants their poorly secured fridge to be part of a botnet targeting internet takedowns?

Alexa, and its Echo speakers, are designed to make it easier to make purchases for subscribers to Amazon Prime, which offers free two-day shopping and free access to its video and music offerings. Prime isn’t available in South Africa, meaning you’re paying the extra $100 a year for a modicum of convenience provided by a voice assistant that listens in on your every conversation. No thank you.

I’m also deeply sceptical of this current generation of internet-connected devices, such as security cameras and fridges, because they lack decent security. A major distributed denial of service attack in 2016 that took down Dyn — a major provider of domain-name servers — was through such CCTV video cameras and digital video recorders. Some of these are too “dumb” to have security. Worse, they all have the same password, which was “password”. Who wants their poorly secured fridge to be part of a botnet targeting internet takedowns?

There’s no doubt that smarter homes are the future, but to retrofit an existing house is lot more complex — and pricier. Apart from running Ethernet cables through our roof to key points around the house where a WiFi booster spreads the love from our 100Mbps fibre line (thanks Vumatel), our house is relatively old school.

The major change from the time I hooked up my previous home, is that the main internet point is now under the TV, not in the study. That alone demonstrates how much has changed in 10 years. Ironically, a wired connection is required only for the TV itself, so that we can stream Netflix in 4K. We no longer even have a landline.

The one clever thing our electrician did was rig our lights on a separate circuit to the plugs, so that we can see what we’re doing if the electricity trips. That’s the kind of smart home we like.

Shapshak is editor-in-chief and publisher of Stuff .

If there was a book called Household Pet Peeves 101, coming home from the grocery store and realizing you forgot something dire would be listed as ...
Tech & Gadgets
4 years ago

What Facebook knows about you will make you feel dirty

The social media  giant is bigger than Big Brother
Tech & Gadgets
4 years ago
Next Article
© Wanted 2022 - If you would like to reproduce this article please email us.