WATCH: Dezeen’s new film about drones will open your eyes 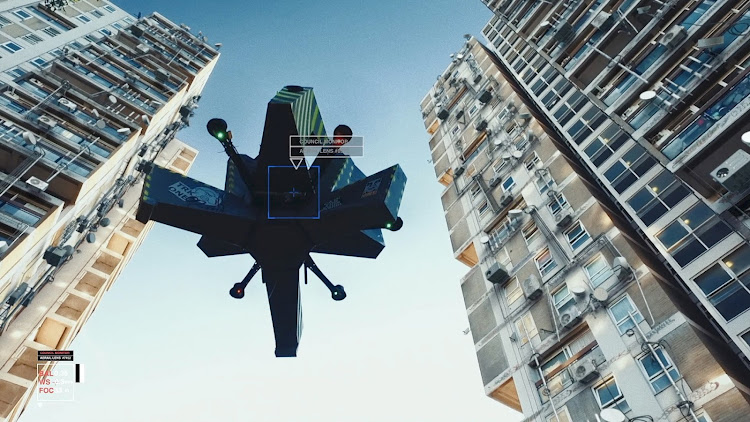 We’ve quickly become accustomed to the rare perspective that drones give us on screen, but despite their revolutionary ability (good or bad) to provide a third eye, what do drones have to contribute to industries like transport, delivery, construction and architecture?

ELEVATION, a documentary produced by online architecture magazine Dezeen explores the staggering changes we can expect to see in the very near future with experts like Sir Norman Foster and Paul Priestman weighing in on the subject. “We hope to raise awareness of how drones will become part of our future and get people talking! And we hope to prove that we can make not just great online content, but great movies too,” says Marcus Fairs, Dezeen editor and co-director of the film. Below, our discussion with Marcus.

As an online magazine editor, what fuelled the decision to create a film about drones? It came out of a conversation I had one evening last year with architect Mark Dytham. He was visiting London and had his drone with him! He said he used it all the time both for work and non-work - for example he'd just visited his sister, who had a leak in her roof. So he flew his drone over her house and found the cause of the leak. As we were talking, a drone flew past the window of the bar we were at... it suddenly occurred to me that drones could be transformative but that people weren't really talking about it too much.

The development of drones has been fast tracked in the last few years, where a decade ago they were virtually unknown to the public. What has caused this acceleration? Mostly it's down to the rapid development of the key technologies: the digital control systems that keep them stable, that help them know where they are and that allow you to fly them easily (or more often allow them to fly without human involvement); as well as the battery technology, which is now light enough to make drones viable.

Of all the industries that the film suggests drones will impact, which will change the most? Probably the delivery industry. This includes the delivery of vital medicines, especially in remote areas.

Everyone is worried about security breaches with the influx of drones… will there be any way to guarantee civilian privacy? I don't think drones are the biggest thing we have to worry about as they are visible and regulated. The state of the environment and the rise of artificial intelligence are the things that keep me awake at night. Don't forget we are also being spied on through our mobile phones, computers, TVs and CCTV cameras everywhere...

In terms of their effect on architecture in particular, what positive changes will drones bring about? Drones will start to replace road vehicles to deliver, at first, small objects direct to our apartments. Further down the line they will allow us to transport heavier items and allow humans to travel from rooftop to rooftop. So they will change how we use architecture - we won't need to go through the front door anymore!

Do you think they’ll ever replace the need for architects? Drones will increasingly be used in the construction industry to check and repair buildings and even to transport construction materials to difficult-to-reach places. But they won't actually design the buildings. Having said that, artificial intelligence gets better and better at performing creative tasks.

In terms of what the film forecasts, how far are we currently on the road toward realising those advancements? We are at the point where all the key technologies are in place. They still need to improve somewhat, but it's just a matter of time.

In creating the film, has there been anything you’ve learned that has surprised you? Our interview subjects were all talking about how drones could transform cities, change the way buildings are built and designed and the way we see the world... but nobody is really talking about it. That was the biggest surprise.

They've just 3D-printed the first house, but is it a home?

How the combination of Artificial Intelligence and Augmented Reality will create a future where not all will be as it appears
Tech & Gadgets
4 years ago
Next Article
© Wanted 2022 - If you would like to reproduce this article please email us.