The time is now: Apple watch is officially the biggest seller in the world

Often shrugged off as a fad, it would appear that the numbers have spoken and the smartwatch is here to stay. Should the Swiss watchmakers be wary? 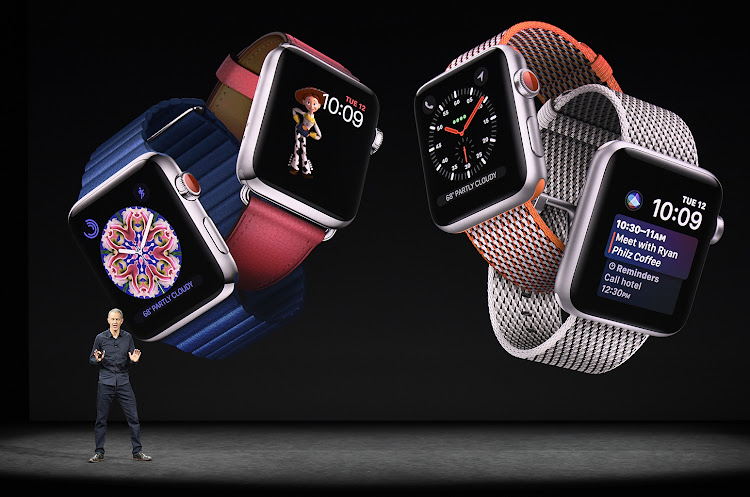 Statistics show that Apple has outsold all the big names, combined
Image: Getty

When you think of mega watch brands, names like Rolex, Omega and the mighty Swatch come to mind. So it may come as a surprise that current statistics reveal that Apple has outsold all the big luxury names, combined. In fact, Apple sold more smartwatches than the entire Swiss watch industry sold timepieces in the last quarter of 2017.

Many believed that the Apple watch was a “flop” – a dead horse pushed hard by Tim Cook in spite of the user – like his infernal belief that the headphone jack was obsolete. In spite of sales stalling in 2016, tech market analysts Canalys estimates that Apple sold 8 million watches last quarter and, according to Cook, there was “a 50% growth in revenue and units in the fourth quarter in a row with strong double digit-growth in every geographical segment.”

Active techwear, the gift that keeps on giving (your notifications until you move.) Summer’s here so we decided to try out which watch works best in ...
Tech & Gadgets
4 years ago

And it is thanks to this growth that we can expect Apple to expand their wearable offering even further. If rumors are to be believed, we can soon expect more (annoying) airbuds, smart tech bands and even smartglasses. And patents suggest that they are even looking into rivaling Google in their pursuit of smart fabric.

Curiously, this trend is not consistent over all the big tech names such as Samsung, Huawei and other Google partners – actually not even close. But it is likely that the aesthetics may have something to do with it as competitors have yet to crack the fashion conscious nod, which plays a much bigger role than techies like to admit.

It’s true that the Apple watch does not have the same function on your wrist as that of a beautiful luxury Swiss timepiece. Nor is it remotely in the same investment category or price bracket as most of the Swiss brands where prices run into tens and hundreds of thousands of dollars.

With a price tag of R5,499, the Apple watch has become the accessory a luxury watch owner will buy for gym use. But after years of scoffing at the smartwatch “fad”, the numbers mean the big Swiss brands are finally having to take notice and many like Tag and Montblanc have launched smartwatches of their own. We’ll wager this isn’t the last we’ve seen of this trend – watch this space.

On the eve of one of the world’s most exclusive watch fairs, new Montblanc president for Middle East, India and Africa, Franck Juhel, charts the year ...
Watches & Jewellery
4 years ago

Michel Herbelin proves it’s keeping up with the times

On your marks, gem-set, go for black with this new beauty from the Richard Mille ladies’ collection
Watches & Jewellery
4 years ago

Luxury watchmakers get connected
Watches & Jewellery
4 years ago
Next Article
© Wanted 2022 - If you would like to reproduce this article please email us.