Walking back to happiness 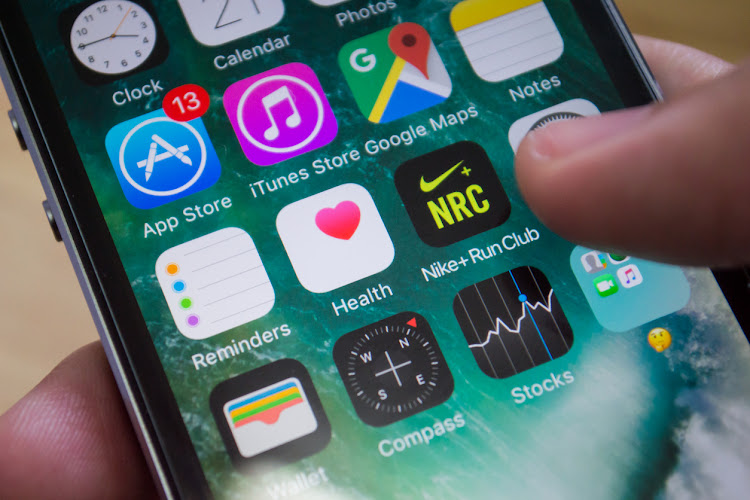 Apple launched the step counter as part of the health app feature that came with the release of the iPhone 6 in 2014. But I feel it only emerged in the popular consciousness in February, when it seemed everyone suddenly decided to investigate that mysterious white app with the little pink heart.

Possibly, the more active among you had long realised our phones had been tracking our every move, and each stairwell climbed, for nearly three years. Folk like me, however, simply dismissed the app as being one of those functions that didn’t concern me - and then completely ignored it.

Not that I’m unhealthy. I’ve always considered myself reasonably fit. I walk the dog. I commute to work every day. I sometimes take the stairs. I only take a taxi if it’s really wet, or if it’s late, or my shoes hurt, or my coat is too heavy and I don’t want to overheat. Or it’s just a little bit too chilly. As a busy urban professional, I have always assumed that, living in London, I must burn through thousands of calories each day simply by being caught in the cut and thrust of city living.

Not everyone wants to wear an Apple watch: With the world of wearable tech and smart fashion rapidly growing to satisfy the need of the fashionable ...
Fashion & Grooming
3 years ago

Not so much. The true horror of discovering the health app’s hidden data was in the realisation that I’m about as active as a sloth. Or a koala. Or any one of the other “world’s laziest animals” I have just searched on Google. In the past two years, with a few spectacular exceptions, I averaged about 3,000 steps a day. Oftentimes, far fewer. On especially busy writing days, I managed only to shuffle some 256 steps back and forth, to the garden. For fag breaks.

My step count was shameful. Most governments’ guidelines and health agencies now recommend we walk about 10,000 steps a day, a concept first popularised in the mid-Sixties, in the run-up to the Tokyo Olympics, when a Japanese company keen to capitalise on the nation’s athletic temper marketed a device called the manpo-kei (meaning 10,000 step metre). It was a reasonably arbitrary number, but the concept quickly caught on and it’s still used as a basic metric of good health.

Faced with the fact of my inertia, I vowed to start anew. I put my strides on. I stepped out. Ten thousand steps, it turns out, is actually quite a challenge - about five miles a day - but at least it doesn’t require any preparation or much planning. Besides, I have always loved walking.

Unlike sports, or organised games, or other hateful activities that require a suit of unsightly Spandex, walking is one of life’s nobler pursuits; an occupation enjoyed by great minds and deep thinkers alike. Charles Dickens, regularly, would rack up an impressive 20 miles (or 40,000 steps) of an afternoon or evening (admittedly, he was often wandering towards his mistress’s home). William Wordsworth is said to have walked some 180,000 miles in his lifetime. That’s 360 million steps. Boom!

As was to be expected from the world’s leading travel brand, Louis Vuitton’s first smart watch includes some seriously travel-friendly features
Watches & Jewellery
3 years ago

The poet, abolitionist, essayist and general do gooder, Henry David Thoreau, once wrote in his diary: “The moment my legs begin to move, my thoughts begin to flow.” He’s totally right. And while I have no great intellectual claim - my strolls are usually accompanied by thoughts of the next meal and whether I’m shifting any cellulite - I would agree with him that walking helps unravel the mind. It’s calming, it’s inspiring. Walking alongside a person, like driving, or seeing a shrink, seems to lend them a greater honesty.

More important, walking forces you to engage with the world. Ditching the car, to step between the fashion shows in New York this week, has been gloriously liberating: a chance to get to grips again with the city and its simple, grid-like geography.

The city has never looked so beautiful. Moreover, in the quest for extra footfall, I’ve had to sneak in little detours, such as a trip to the astonishing new Kara Walker show, at the Sikkema Jenkins & Co, on West 22nd Street, a saunter down the High Line, and in one, rather circuitous exercise, an outing to the blissfully unfashiony Cloisters, the Met Gallery’s monastic outpost in Upper Manhattan.

All the while, I’ve been counting and counting.

So far I’ve been on target. In just five days I’ve clocked up 54,166 steps. The only downside is my soles are wearing thin. Thankfully, I’ve just spied an outpost of Céline, downtown in SoHo. The new season shoes should be in-store now: and it’s only 2,000 steps door to door.

What is Clubhouse? Making sense of the invite-only ...