Cracking the code to success

Tech entrepreneur Madoda Khuzwayo talks to Wanted about his life’s series of fortunate events, collaborating with Rémy Martin, and his latest app venture

Madoda Khuzwayo is early. and, he strides up to me immediately, even though we’ve never met. He’s dressed just as you’d expect for a man in tech — skinny jeans; plain, black T-shirt; casually laced boots; and a trusted backpack slung over one shoulder. However, unlike the Spiegels and Zuckerbergs of the
world, Khuzwayo’s fingers only danced across a keyboard for the first time in
his first year at university. This hasn’t stopped him from charging onto South
Africa’s entrepreneurial technology scene, one open tender or how to recipe
vlog at a time. 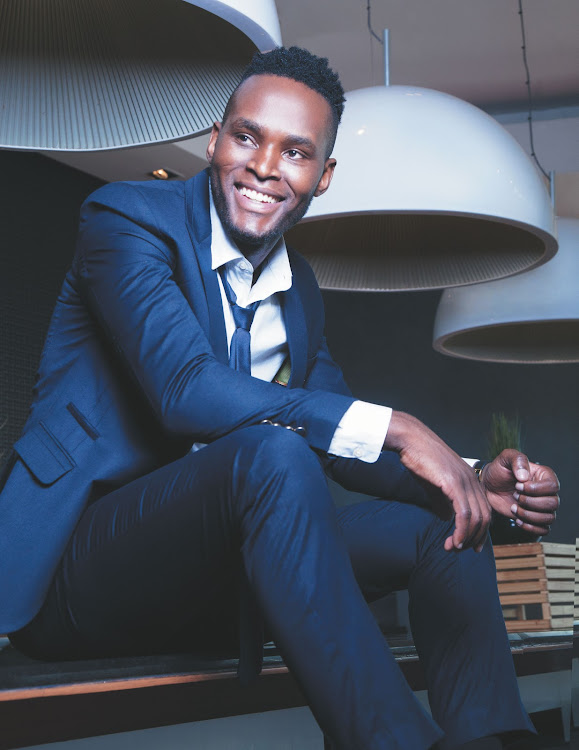 Rémy Martin and the art of cigar pairing

IN THE BEGINNING
Khuzwayo’s energy is electric and tangible. He’s excited, exudes positivety,
and proclaims much of his success is due to fate, and life’s “connecting of the
dots”. Life, for Khuzwayo, started in 1977 in Empangeni, KwaZulu-Natal where
he went to primary school and in the afternoons would tend to the family’s
cows and goats dotted along the landscape of rolling hills and mud huts.

“There was nothing there. I only saw a TV for the first time when I was 13,” he says. Khuzwayo’s father worked at a mine in Roodepoort. “We would only see him once a year when he was on leave. That’s the way things were at the time,”
Khuzwayo said. “I remember thinking that pain is a great motivator. I wanted nothing more than to make more of my life. Looking at my situation I thought to myself: is this as good as it’s going to get? I decided, I could either complain about it, or use it as inspiration. I thought, I’m going to study to buy my freedom,” he says.

Khuzwayo’s early years were characterised by many “wow” moments. He
was an avid reader and an excellent learner and so he followed his father to
Johannesburg to start high school. He arrived in Jozi to one of the first of these
moments — “I couldn’t believe the tall buildings and tarred roads,” he says. High
school came easy, and upon finishing, Khuzwayo accepted an Eskom bursary to study electrical engineering at the Vaal University of Technology.

This was Khuzwayo’s foray into the world of computers, which up until then,
he had only imagined or seen in newspapers. “I attended a basic computer class where we were introduced to Windows 4.0 — I was amazed that I could type an ‘M’ on a keyboard and it would appear on the screen,” he says.

“Computers gave me that feeling of controlling my destiny. For the first time I could determine the outcome of what I wanted.” Khuzwayo tried to change his bursary to study information technology (IT), but he was told to stick it out, which he’s now grateful for. “Engineering gives you an analytical way of viewing problems,” he says, which in turn has transformed the way he embarks on new business. “I started building websites during my in-service training with Eskom — the first one, in 1999, was actually called Eskom Young Professionals, which was a portal to connect and collaborate with other employees.”

This kind of network is a testament to Khuzwayo’s way of thinking. “So often,
if you open yourself up to an opportunity, you let in the right kind of people.”
Case in point: Lisa and Fanie van der Merwe, a couple Khuzwayo met at Eskom
who became his mentors. “Fanie actually taught me how to write my first line
of code and gave me a book called the Front Page Bible,” he says. “He also lent
me these tapes by Tony Robbins called Awaken the Giant Within. Something
changed after my introduction to these motivational tapes — he inspired me.
Tech entrepreneur Madoda Khuzwayo talks to Wanted about his life’s series of fortunate events, collaborating with Rémy Martin, and his latest appventure.

THE LAND OF MILK AND POTATOES
This inspiration took Khuzwayo to London for seven years. Like many young
people in the early 2000s, he applied for a working holiday visa, traded his life’s
possessions at Cash Crusaders, and with his belongings on his back and £70 in
his pocket, embarked on his travels abroad.

His arrival didn’t go as planned, but Khuzwayo managed to convince two
security guards at Kings Cross Station to front him enough for a train fare to his
destination: Holbeach. Here he earned £4 an hour packing potatoes on a farm
for two weeks and decided, nope — I’m going to London.

Many jobs followed, including working as a security guard; in a gadget store;
in a Tesco factory; and, during a grey, cold winter, at a hotel — a friend had
suggested at least it would be warm. Khuzwayo also did some work for BMW
— working as an engineer in its factory. He opted for the weekend shift so he
could, at long last, study IT at the City of Westminster College in London.

A decision to learn more about coding and Java took him to India for four
months, and an introduction to the book Rich Dad Poor Dad by Robert Kiyosaki
sparked Khuzwayo’s entrepreneurial spirit. Khuzwayo had worked tirelessly to
educate himself about computers, and it was now his chance to start out on his
own. Web development, coding, and app creation were at his fingertips, and
in 2005 opportunities for the 2010 Soccer World Cup brought him back home.

HIS NEXT DESTINATION
The concept for Khuzwayo’s app, called My Next Destination, stemmed from
his struggle to find quality accommodation abroad that wouldn’t break the bank.

It won Khuzwayo the SABC KickStart competition in 2006. Hostriver.co.za, the
cloud-based, web-hosting service Khuzwayo still heads, is a progression of this
concept. And, not one to shy away from new businesses, he then co-founded
Opentenders.com — a procurement enterprise for small businesses, which addresses the difficulty of connecting suppliers and the government with tender opportunities.

“The National Development Plan Vision for 2030 needs to create 11-million jobs. Ninety percent of those come from small businesses,” he says. “Opentenders makes the process transparent and the knowledge available — so many people don’t even know what work is available.”

Khuzwayo’s latest endeavour began in 2013. His girlfriend at the time had
a knack for whipping up incredible meals with very few, seemingly random
ingredients. He was impressed, and she suggested he write a cookbook for
bachelors such himself, but he had a better idea: an app. This is when Recipe
Network was conceived. Now, three years later, in collaboration with the South
African Chefs Association, Recipe Network has launched as a space for recipes
designed by chefs and a network of bloggers who share ideas, tips, and foodie
knowledge. To date, 15 top chefs have contributed but Khuzwayo is aiming to
grow that figure. “I hope that this will become a billion-rand product,” he says.
Khuzwayo is now riding a roller coaster, where slowing down is not an option.
“My work is my life. I do what I love every day. Having said that, I can switch off
easily if necessary. It’s during this time that I’m subconsciously developing new
lines of code or ideas,” he says.

His love of food and travel is a driver for his success. “I call myself a hungry
traveller. I’d really like South Africans to realise the world is bigger than your
village. Every time I travel I lose a bit of who I am but then, I gain a little bit of
another culture. I’ll do anything for a new experience,” he says.

And, what’s next for Khuzwayo? As he sips his lemon water, we discuss his
enviable travel plans — he’s going to Cognac in France in a few weeks, and an
island escape to Maldives is on the horizon. Khuzwayo’s manifesto that your
circumstances do not determine your future and his electric personality have not gone unnoticed, and have resulted in a collaboration with brand Rémy Martin, which is taking him to France.

“I think they recognise my holistic approach to life and success. I agreed to be a part of it because for me it’s not a campaign or modelling job — it’s my life,” Khuzwayo says. “I think for them, they think this guy represents what we believe in. and can inspire other South Africans to pursue their passions. It’s all about experiences — I know that one day when I die, I’ll die will a smile.”

The man who speaks in pictures

In Florence with Cartier