Security is the new bling in luxury phones

Privacy is the latest must-have feature for people with information to protect, says Daniel Thomas

Leonardo DiCaprio and Tom Hardy, fresh from success in the Hollywood western blockbuster movie The Revenant, flew to London in May for a different kind of adventure into the unknown: promoting a new smartphone aimed at the super-rich and super-private. 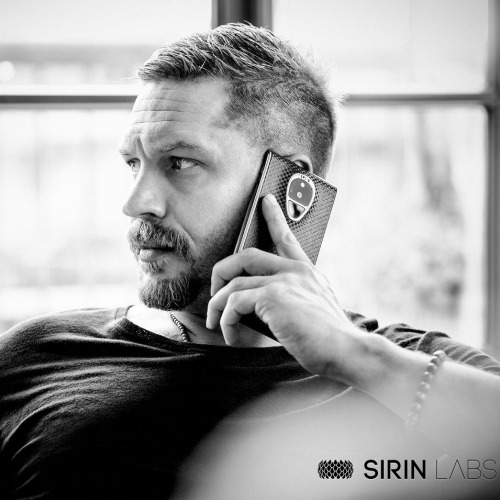 As a Hollywood A-lister often snapped unawares, Mr DiCaprio probably knows the value of privacy. And that value has never been higher, it appears.

The Solarin phone has gone on sale for £9,500 for the basic model ($16,000 in the US) - at least £9,000 more than the average smartphone, which already offers encrypted messaging services such as WhatsApp.

But the Solarin phone promises much more. At the phone’s glitzy launch in London, Mr DiCaprio took a front-row seat as its maker, Sirin Labs, extolled the advantages of a device that offers military-grade security.

Perhaps predictably, given the price, the smartphone has been sold only in the stamping grounds of the wealthy: a boutique in London’s Mayfair, Harrods, Heathrow’s private lounges and a summer pop-up shop in a Cannes hotel.

At a time when most smartphone makers are trying to squeeze in the most advanced hardware and features as cheaply as possible, the Solarin appears to be a deliberate statement about the opportunities at the more expensive end of the market.

Tal Cohen, Sirin’s chief executive, says the phone is expensive because of the cost of the technology. “We look at the newest and the most advanced technology and incorporate [it] into a new phone. That costs a lot of money.”

Mr Cohen says Solarin owners “will typically be wealthy businesspeople who carry sensitive corporate information, or celebrities valuing their privacy”, but who do not want an ostentatious phone.

“You won’t see diamonds or a blingy gold phone. It’s security and technology. We need to make a profit, so we need to price the product accordingly,” he says.

Solarin’s price point puts it up against other luxury phones, such as brand leader Vertu, which sells handsets made with precious metals and jewels at high prices.

In recent years, the British brand has been trying to shed a public perception that its prices - thousands, or tens of thousands, of pounds - are the main draw for customers.

Acquired by a group of Chinese investors last year, Vertu has improved its smartphone technology to match much cheaper rival devices with better cameras and audio and an up-to-date operating system.

Analysts say luxury phonemakers, including Vertu, are likely to be affected by the slowdown in the global luxury market, which means that having extra functions and a customer base in the corporate sector, as Solarin is seeking to build, may become more important.

“[Vertu] is the brand synonymous with the category and is the company that put the product category on the map. [But it] has had a turbulent time over the past few years, with ownership changing hands and the luxury market suffering, particularly in China,” says Ben Wood, analyst at CCS Insight.

The market for the luxury phone has always been niche, similar to supercars in the automobile sector. Fewer than 1m luxury phones have been sold in the past decade, CCS Insight estimates, compared with the roughly 1.5bn standard smartphones that will be sold this year alone.

But Gordon Watson, chief executive of Vertu, believes the luxury mobile phone sector can sustain sales of at least 500,000 units over the next few years. He says the sector is “small, by comparison with the high street but [will be] well ahead of where the luxury phone segment is today”.

Likewise, Mr Cohen describes the potential for “tens of millions” of future buyers of his company’s phones. The company has not released any guidance on its initial sales, however.

Solarin is emphasising the power of its encryption, which pits it against other manufacturers that stress the security of their services and devices, such as Silent Circle. This Swiss company’s Blackphone 2 also promises enhanced mobile privacy, albeit at a much lower cost of about £500.

Another device aimed at customers seeking privacy is the forthcoming Turing Robotic Industries liquid-metal smartphone, which promises to be tougher than a titanium and steel handset. The Turing phone offers privacy via a security system inspired by British wartime code expert Alan Turing’s cryptography. The phones will cost about £550.

Privacy, it appears, is the new must-have feature for the wealthy. However, the good news for more cash-strapped customers, says CCS Insight’s Mr Woods, is that security solutions similar to Sirin’s and Turing’s phones can be easily added to standard Apple and Android devices. These include WhatsApp and Knox software. For those phone buyers who do not possess bottomless pockets but still like privacy, security does not have to cost the earth.