From feminism to gender, fashion’s latest runway trend isn’t a trend at all: it’s a conversation

Fashion isn’t just fashion anymore. In the time of #metoo #timesup, and #blacklivesmatter, hashtags are clarion calls for unity and change, and what we see on the runway has evolved from something material to a medium of meaning.

Fashion has always had a way of communicating the zeitgeist of the times. Now, with a new generation of fashion designers at the helm of the industry, the runway is no longer just a place to showcase the latest silhouettes, prints, and fabrics. Instead, the runway has become a platform for holding up a mirror to the world and creating clothing that is no longer just about being on trend or having sense of style — it’s about speaking out.

They wore black — and I was wrong to doubt its impact

Cultural theorist Ted Polhemus captures fashion’s new role in our ever-changing society. “We’ve increasingly found that only personal appearance is capable of expressing where we as individuals are at in a kaleidoscopic and enigmatic world,” he says. In a digitally driven, social world, everything is connected. The fashion industry no longer exists in a vacuum; the doors are open for all to see and experience it as it happens, when it happens — making the runway a more powerful platform than ever before. In this new era, designers are in tune with what is going on in the world, and aren’t afraid to use the runway to say something about it.

A few seasons ago, T-shirts were reignited as the favoured cultural signposts of the times, with simple white T-shirts emblazoned with on-the-nose sociopolitical statements, such as Maria Grazia Chiuri’s “We Should All Be Feminist” T-shirts for Christian Dior, and Prabal Gurung’s “The future is female” tees taking to the runways.

Seasons on, the spirit of speaking up lives on, in myriad ways. For the Autumn/Winter 2018 collections, the message is not literally written on the clothing, but instilled in the mood of the season, as designers harness the expressive power of fashion by codifying issues, such as feminism, gender, the economy, and diversity, into the new narrative, with subtle shifts in silhouettes, subtextual motifs, and on-the-surface trends that speak to our realities.

This season’s runway was ruled by trends that on one hand harked back to the ’80s, and, on the other, looked towards a distant future. Silhouettes were dominated by sleek, suit-inspired tailoring; ultra-feminine shapes; layered, oversized outerwear; and sparkling embellishments and bold colours. But what do these trends have to do with the bigger conversation? If you look closely at the prevailing trends on the runway, from this season and recent seasons, it becomes clear that the great feminist uprising has captured the mood on the runway and shows no sign of slowing down. Maria Grazia Chiuri’s Christian Dior woman’s march-inspired show, complete with protest art-plastered walls, was the pinnacle of multiple runway nods to the movement.

The ’80s have re-emerged as another signpost for today’s feminist spirit. From Tom Ford’s ’80s glamour of leather and head-to-toe leopard print, to Marc Jacobs’ oversized, bold shoulders and big-bow belts, to Versace’s ’80s reverence with glamorous and colourful top-to-toe printed drapery, the decade of women’s sartorial exuberance and confidence in the workplace and beyond is a fitting reference for today’s climate.

The influence of the fourth wave of feminism has also inspired a sharp rise in strong tailoring and suiting on the runway. From Gareth Pugh’s assertive shoulders and waist-cinching paperbag trousers, to Alexander Wang’s CEO-inspired tuxedo dresses, 2018’s wardrobe is imbued with a compelling vision of an extreme confidence for women, who are empowered and emboldened by their sartorial choices.

Just as some designers looked to the past, others looked to the future. In reflecting on the politically and economically fraught world, Raf Simons for Calvin Klein and Olivier Rousteing for Balmain gave a nod to futurism and a presented a case for optimism and survival. From Calvin Klein’s protective-gearinspired silhouettes — complete with knee-high hazmat boots and balaclavas — and Raf Simmon’s resounding call for “more hope”, to Balmain’s collection of metallic and holographic tailoring, iridescent sequins, and “we are the new generation” T-shirt, the future isn’t so bad. And, if turns out to be so, at least we’ll have the clothes to survive it.

A heightened attention to the blurring definitions and boundaries of gender has also been present on the runway. Designers have been questioning and redefining notions of masculinity and femininity, not only by showing menswear and womenswear in the same shows, but by showing collections that experiment with shape, fabrication, and tailoring in looks for men and women alike, proving that the lines between womenswear and menswear and femininity and masculinity are ever shifting, and, in some ways, even redundant.

Christopher Bailey’s LGBTQ+ dedicated swansong to Burberry is evidence of the industry’s active participation in important global conversations. Burberry’s new collection means people can literally show their support for LGBTQ+ communities with the clothes they wear every day.

Christopher Bailey on leaving Burberry, the future of the industry, and LGBTQ+

After 17 years, and having transformed the face of British fashion, Christopher Bailey walks away from a world ‘in chaos’
Style
2 years ago

Beyond reflecting some version of our reality, designers are redefining the way people use fashion in their daily lives. Fashion is now a tool: it serves a purpose, whether it’s to lift your mood or cocoon you from the outside world. Clothes serve as armour — both physically and emotionally. They are a barrier against the world, and a source of empowerment.

The emergence of a new utilitarianism can be seen as a reaction to adverse circumstances. Clothes channel a sense of disaster preparedness, with oversized, layered outwear with all the functional trimmings creating the impression that you’ll be prepared for whatever it is that comes your way. From Louis Vuitton’s urban explorer garb, to Balenciaga’s larger-than-life layered jackets, fashion’s latest obsession with excessively large silhouettes, also signals to us to take up space — not just with our clothing but with our voices. It’s about being sartorially and outwardly assertive, and standing for something.

On the other hand, a luxe minimalism emerges — a new approach that speaks to the human need for functional clothing sans identifying trends. Clothes are created with the wearer in mind — it’s about clothing you want to wear; timeless dressing that steps away from seasonal flights of fancy. From the reworked tuxedos at Alexander McQueen, to the impeccable tailoring and fabrication at Ermenegildo Zegna, the allure of reinventing the classics is reignited. As the perpetual fashion cycle accelerates, this new approach asks the question — where does one draw the line between old and new? — and nullifies the importance and relevance of seasonal trends.

The impact of technology, on the self and on the world of fashion, is another reality reflected on the runway. Alessandro Michele’s Cyborg collection for Gucci, which unforgettably featured replica human heads, baby dragons, and an operating room-staged runway, combined an amalgamation of cultures and myths across time and space, and made a commentary on the concept of the construction of identity in our digital culture. At Balenciaga, Demna Gvasalia melded new technology with iconic fashion history with 3D scan-enabled, New Lookinspired tailoring, while Dolce & Gabanna sent handbags down the runway on drones, all proving that the scope for fashion’s narrative is boundless.

In 2018, the fashion industry is not only providing an expressive outlet and acting as a catalyst for topical conversation on meaningful change, the multibillion-dollar industry is putting its money where its mouth is, with the likes of Gucci, Christian Dior, and Burberry donating proceeds from their collections to charities across the world.

Looking at the current fashion landscape, it is clear that the democratisation of fashion was a critical move for the industry. as it finds ways to find ways to resonate with people on multiple levels.

As fashion critic Sarah Mower has said: “Fashion should aid and abet us in all our various disguises, battles, triumphs, and — we hope — pleasures.”

THE TOP SEVEN LOOKS THIS SEASON: 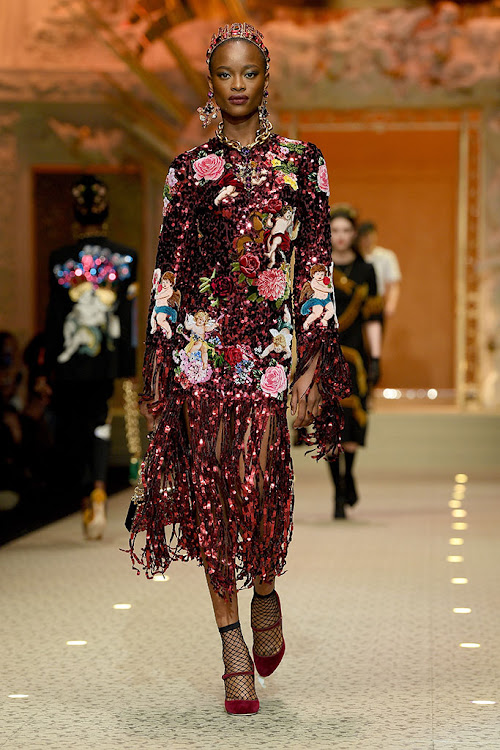 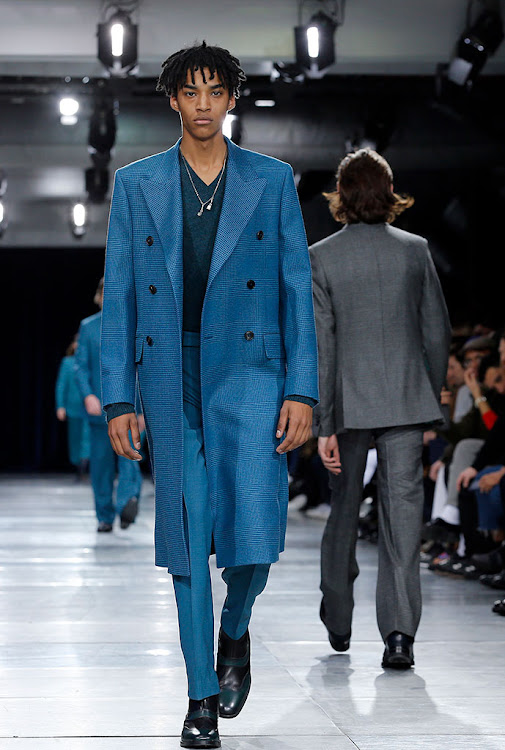 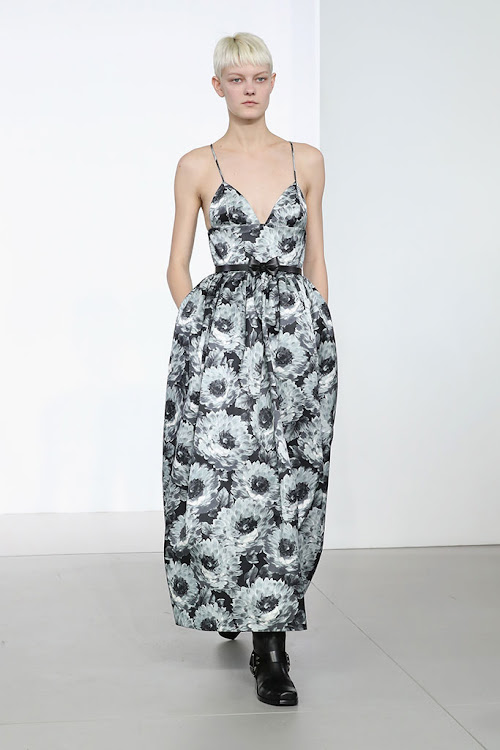 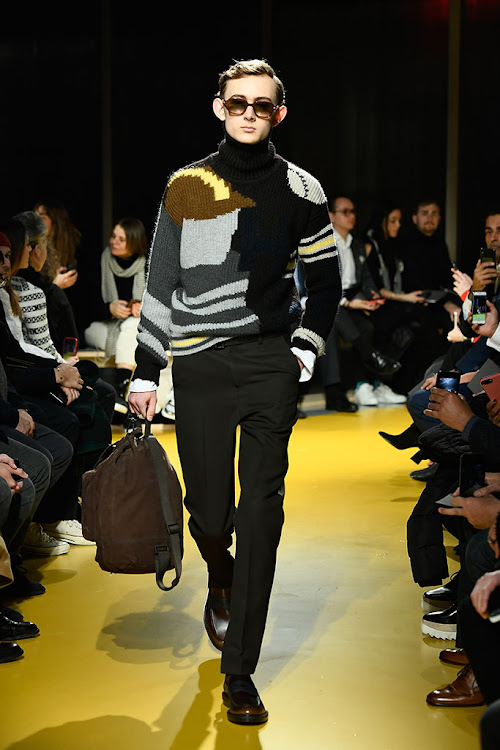 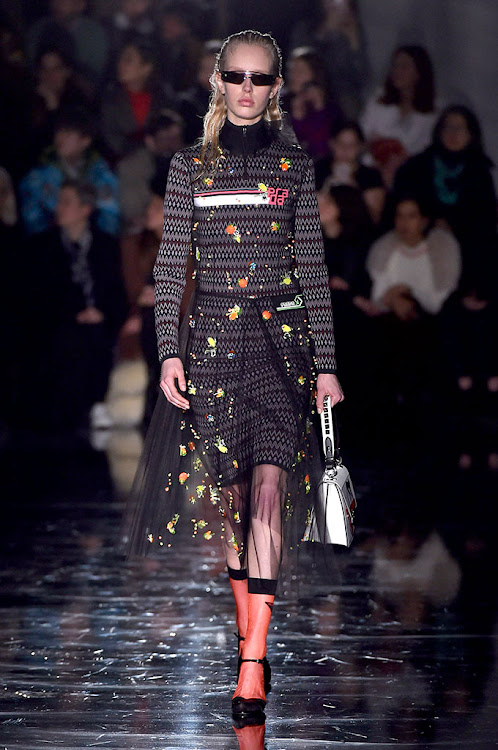 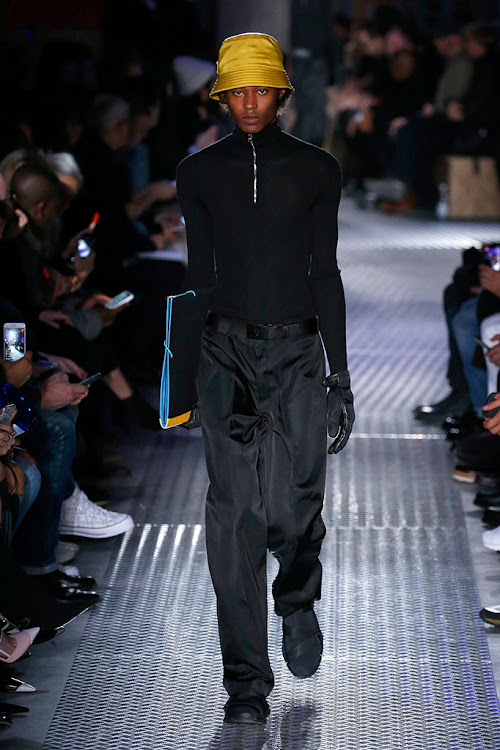 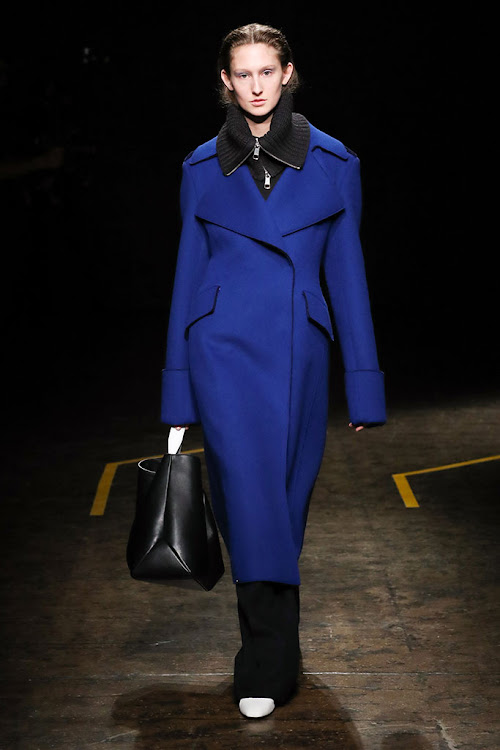 Big corporates can no longer risk being neutral, but are they doing enough to convince the cynical?
Style
2 years ago

Should fashion designers tailor their collections with feminism in mind?

Haute couture is often thought of as the expression of a 'dream'. But too often in Paris, the fantasy was weirdly eroticised, and barely balancing on ...
Style
2 years ago
© Wanted 2020 - If you would like to reproduce this article please email us.