The new silhouette is a reimagining of the iconic Stan Smith 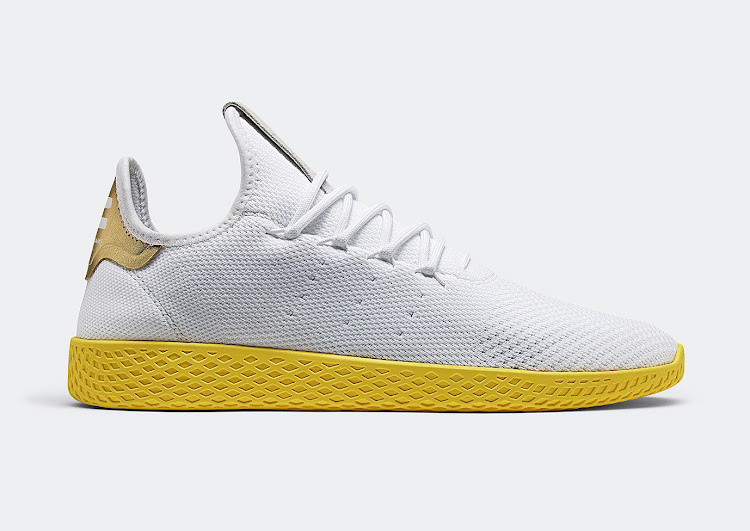 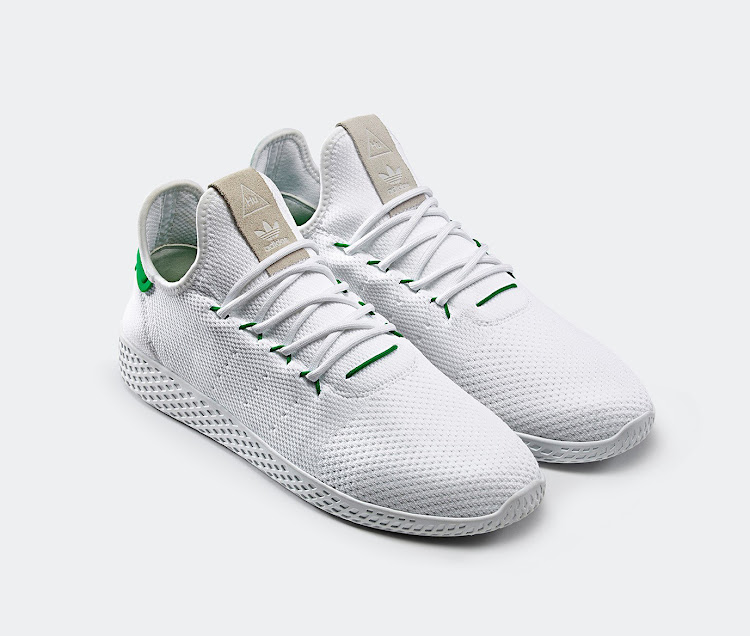 The 2016 adidas Hu collection (name based on the first two letters of ‘Human’) in partnership with Pharrell Williams saw the genre-defying superstar toying with the shape and colours of the NMD sneaker, but the new Tennis Hu silhouette is his first true signature model.

Although Williams has added his creative touch to Stan Smiths in the past, it was largely through surface treatments such as solid colour updates in red or black, the crazy ‘Polka Dot Pack' and the hand-painted limited editions, that he was responsible for styles that sold out in seconds.

Because Japan is hot

Using the comfortable, integrated slip-on style Primeknit mesh upper and lightweight EVA midsole, adidas and Williams have taken aspects of a modern, light running shoe and introduced them to this casual tennis shoe. The fabric texture of the Tennis Hu is echoed on the midsole and Williams has substituted the three stripes with punched out scarifications down the sides. Both launch editions pay tribute to the past, with colourways based on two of the brand’s most iconic tennis shoes: the green in homage to the shoes of tennis champion Mr Smith himself; the yellow sole and golden heel tab reflecting the hallmarks of the vintage Forest Hill.

It was the much-watched Céline designer Phoebe Philo who took a bow at the end of her A/W 2010 show wearing a pair of Stan Smith originals and millions took note. They also made trend headlines for owning 2015, but this classic white sneaker has been the footwear of choice of fashionistas for the better part of a decade. Clearly here to stay, they are sure to inspire many more updates along the way.

We can also expect to see more exciting apparel and footwear through Williams’ ongoing partnership with adidas Originals. There may even be some innovative use of Bionic Yarn through his investment in the company, which turns plastic rubbish from the oceans into yarn and fabric.

The adidas Tennis Hu will be in stores from this Saturday, 6 May, at R3499.00 from adidas Originals in Sandton and Shelflife (JHB and CPT).

Step into winter with these cool sneakers

Seasons are changing and so is our sneaker flavour. Comfort in the coming cold months is imperative! Step out in proper sneaker style with some of ...
Style
3 years ago

Adidas Originals collaborates with its icon the Gazelle

Since the 1960s the Gazelle has existed in many forms and is undoubtedly one of the most classic three-stripe icons. This season Gazelle will reclaim ...
Style
3 years ago

The Adidas Originals’ NMD series drops a new addition, the NMD_XR1, targeted at the stylish man who wants all the innovative Boost technology without ...
Style
3 years ago

Nineteen global creatives, 24 hours, and one pair of iconic sneakers equals one very cool collaborative campaign
Style
3 years ago
© Wanted 2020 - If you would like to reproduce this article please email us.