No matter what your dad’s passion, or how deep your pockets, here are ways spoil him

The Western Cape has some of the most scenic roads in the world, including the spectacular R44, which hugs the coast as it winds its way from Gordon’s Bay to Rooi Els, on to Betty’s Bay before connecting to Hermanus. Every dad deserves some time out and a little adventuring along this great route without nagging kids in the back seat shouting, “Are we nearly there?”

The BMW Driving Experience in their new X3 XDrive 30d, with 3.0 litre straight-six diesel under the bonnet, ticks all the boxes. The multi-day, instructive and guided tour starts in Cape Town then heads up the West Coast for off-road driving experiences including a most memorable day on the white sand dunes of Atlantis. The breathtaking Cederberg and some dirt tracks are followed by a luxurious two-night rest at the tranquil Bushmans Kloof Lodge.

The new BMW X3 is related to the first-generation X3 in nameplate only. First, it’s slightly bigger than the original X5 but, with new mechanical and construction technology, it’s lighter, more agile and more capable than its predecessor. It is also a handsome beast, with every well-executed contour of its athletic body a true expression of just how capable it is. This will become evident when you take on the Atlantis dunes in this truly dynamic sports utility vehicle.

The BMW Driving Experience in the X3 on the Atlantis Dunes.
Image: Supplied

The itinerary includes routing along the R62 to the Klein Karoo for white lion spotting in the Sanbona Wildlife Reserve, wining and dining around Stellenbosch, then on to Cape Agulhas and a night at the grand The Marine Hermanus.

Groups are kept small (12) and, with marketing largely focused on attracting foreigners, expect some wonderfully diverse company. No previous experience is required for this adventure that covers approximately 1 400km. The cost is R105 000 (including VAT) and includes practical driving exercises and self-driving experience in a BMW X3 (including fuel); activities; a programme of regional highlights; seven nights in five-star accommodation with full board and transfers. The price does not, however, include airfares.

• For more information on the tour, the Namibian alternative or any BMW track-day experiences visit BMW Driving Experience.

Secure yourself some one-on-one time with Daddy. Buy him a ping pong table and a set of professionally designed ping pong paddles with a Louis Vuitton Monogram Eclipse cover, accompanied by regulation balls in a LV custom holder. POR.

If your pockets are not so deep, stick with the all-time favorite fallback gift – the pair of socks. But at least make an effort with something that lifts the old man’s style. Go for a pair from Nic Harry’s colourful, locally made bamboo range or join the “punks and poets” in their combed cotton Stance socks, which will add flair to even the most retiring of wardrobes. 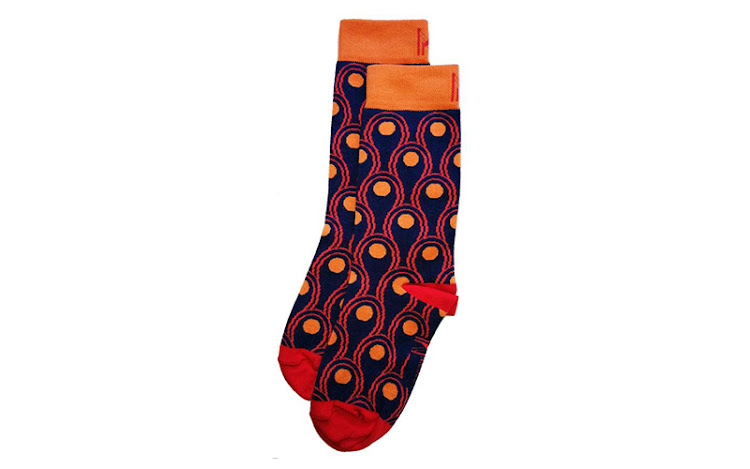 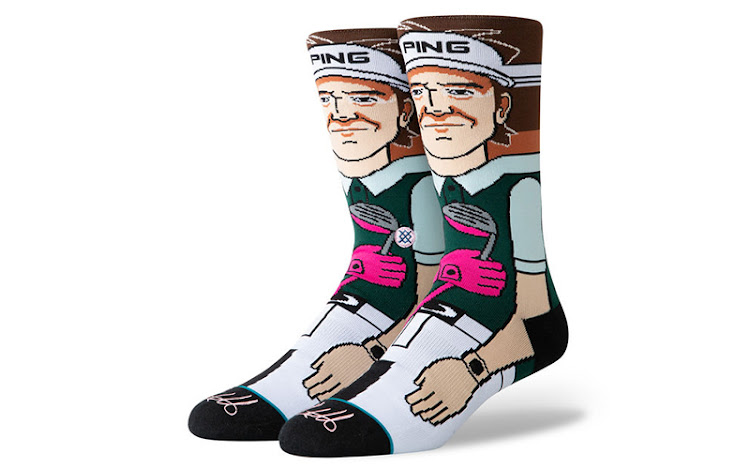 • Available online with a couple of Father’s Day specials at Nic Harry, Stance and Superbalist.

4. MUSIC TO HIS EARS

Celebrate Father's Day in the Cradle of Humankind outside Joburg as the Nirox Sculpture Park hosts the “Honour the Father” day of acoustic music in their amphitheatre. The line-up features Guy Buttery, Madala Kunene, Shotgun Tori, Matthew Dickinson and Tubatsi Moloi. There promises to be a selection of delicious winter eats, courtesy of the Epicurean Emporium, and Bernie's Bar will assist in keeping the spirits hydrated. The concert is set among the Winter 2019 Sculpture Exhibition at Nirox: Power of Site, which features site-specific land art, sculpture, video and installations. The exhibition, curated by Adam Jeppesen (from Denmark) and Lorena Guillén Vaschetti (Argentina) from Garzón Sculpture Park in Uruguay, will be open on weekends and public holidays until the end of July. Early booking is strongly advised to avoid disappointment.

The Athletic Club & Social is not only one of the hottest new establishments in Cape Town, known for its gorgeous interiors and delicious casual fine dining, but the affable host Durbanite Athos Euripidou and team guarantee a most convivial time out. Every dish on the pleasantly concise, seasonal menu is worthy of indulgence and sharing is encouraged to spread the love. Start with the charred aubergine and black garlic emulsion, spelt and slow roasted tomatoes, crispy Mediterranean sardines and the Cypriot’s speciality, the roasted lamb shoulder with pita. Round off the evening in the basement Trophy Room or first-floor veranda with a backdrop of historical sports photography, live jazz and the best retro tunes from local DJs.

Goodleaf represents the fresh new face of cannabis. Say goodbye to any preconceived ideas of a smoke-filled hippy groove, as goodleaf is one of a new generation of well-considered, contemporary retail spaces. On the surface, it presents itself as a cool dispensary of design where you view, pay and go but, with forethought and through clever design, shoppers are encouraged to linger and learn more about “the weed”. You’ll find a range of premium cannabidiol-infused wellness and skincare products in elegant packaging from the likes of Dr Kerklaan, Select CBD and Herb Essentials, as well as a handy selection of gorgeous how-to books, luxe accessories for smokers and a well-informed in-store assistant called Lara.

If you have a progressive dad with green fingers, chances are he’s already harvesting for home use, which means a hemp muscle rub or cannabidiol tincture is not a hard sell. If he’s a newcomer and needs a gift of wellbeing, goodleaf have curated a range of products that meet the highest – excuse the pun – standards in terms of origin, dosage and quality. They also note that all products are totally legal and free of THC (the psychoactive cannabinoids produced by traditional marijuana).

From backpacking and hiking kit to tactical emergency support, multitools, sporting equipment and apparel, Just Like Papa are the gear gurus for outdoor and DIY dads. There are more toys than your daddy’s heart could desire and investing in the right tool is key to getting you places safely and seeing any job done well. There are excellent small gifts like Primus Campfire Chopsticks made from rosewood and brass; Kaweco Sport pens in new pastel plastics; stainless steel or brass; Field Notes journals and carpenters pencils for well under R500. You might also want to consider an item from the locally produced, stylish chambray-and-denim worker wear by Real & Simple, a Victorinox SwissTool or camping accessories by Stanley. They stock handforged axes by Wetterlings and Autine, knives from Benchmade, Gerber, Kershaw and custom-made ones from Winkler, and apparel by MSR, the pioneers of high-performance outdoor gear. 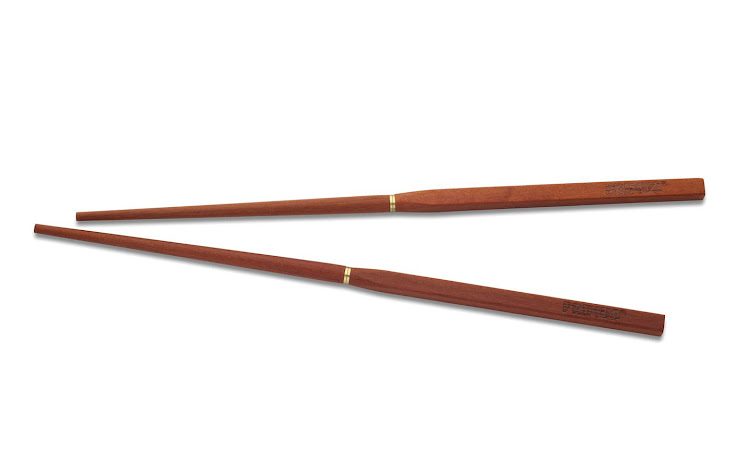 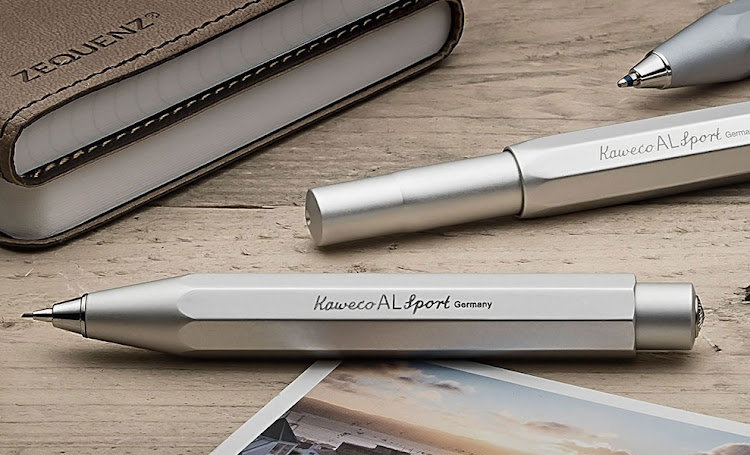 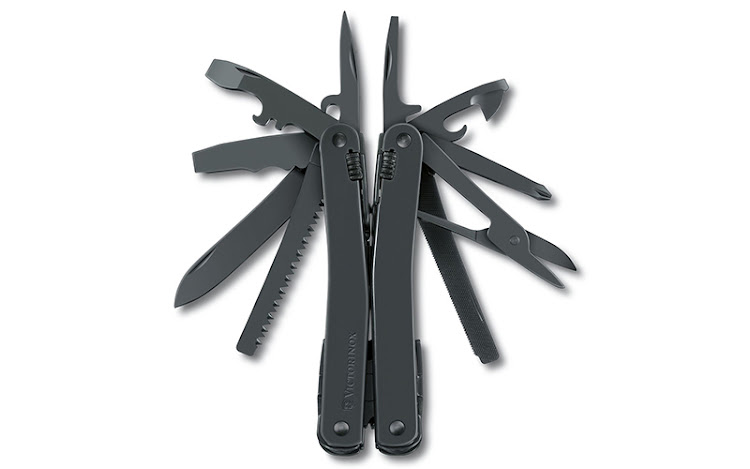 You can’t bottle love, but you can express your love with a bottle
Navigator
1 year ago

Not just any old bat and ball, the luxury set comes in a cover complete with the LV monogram and four regulation balls
Style
1 year ago

BMW has turned its X3 into the near perfect all-rounder, writes Mark Smyth
Cars, Bikes & Boats
3 years ago
Next Article
© Wanted 2021 - If you would like to reproduce this article please email us.

Style /Décor
© Wanted 2021 - If you would like to reproduce this article please email us.
X