Bowled over: We look into the growing poke trend

This Hawaiian staple that has taken over the world has finally started gaining traction on South African soil, we look into why and five places you can try

Like any good food trend that finds it’s way down south and on our menus it all starts with a savvy traveling foodie that tastes something incredible and sees a gap in the market. That coupled with Instagram and Pintrest it doesn’t take long before delicious pictures flood your feed and the streets leaving you with cravings for an ice cream cone in the shape of a fish or a coffee in a cone or a pizza cone - anything cone shaped really - and apparently anything in a bowl as well.

So naturally when Max Botha of Cape Town’s now imfamous Hokey Poke came across the concept of poké a year ago he was intrigued but it wasn’t until he tasted his first proper bowl in Singapore while visiting his girlfriends family that he became convinced that it would be a perfect fit for Cape Town.

“I was blown away by my bowl,” explains Botha. “My girlfriend and I were inspired by the complexity of flavours but at the same time the simplicity and freshness of the ingredients. The option of build your own bowl lends itself to all different food preferences or intolerances.”

With crazy décor and a super simple menu, Golden Palm is a refreshing and original new dining experience in beautiful Plettenberg Bay
Navigator
2 years ago

Now, what is a poké and how do you build one?

According to Anthony Theodosiou of Joburg’s first stand-alone establishment, ONO, poké means to slice, section or cut in Hawaiian. It was meal born out of the islands fisherman catching fish, cutting it up and eating it fresh right there on their boats.

Locals would go on to combine the diced fresh reef fish with edible seaweed, sea plants and local Kukui nuts. Then came the influence of flavours by close by Japanese neighbours and the introduction of the now traditional ahi tuna. And eventually evolve into the “pick n mix” plastic bowled convenience of Los Angeles we know today.

“Only 5 years ago did people in LA cotton on to how healthy the food trend was and created what you see behind me, which how you make your own bowl/salad,” says Theodosiou as he points to his countertop of different types of rice, veg, marinades and meats.

You essentially pick a protein, traditionally raw fish but now days you can get anything from beef, tofu or crispy squid. You then pick a base of grains, noodles or different coloured rice and then add a myriad of fresh cut veg along with a lather of soy or marinade. You are left with something that some have attributed it to either a salad or a glorified bowl of sushi but it is essentially both and neither, which is where it gets interesting.

“What I like about the Asia influence is the variety of fresh healthy flavours; soy, pickled gingers, nuts fresh flavours associated with classic Hawaiian poké,” says head chef and menu designer Brendon Newport of Durban’s resident poké spot, Surf Riders Café. “Sushi menus in Durban are very limited to standard basics, that have been round for years. Pacific rim meets Hawaiian island style is a bigger influence of multiple flavours.”

It’s these fresh flavours that make each of the owners believe that this trend is worth the investment and is not a one trick trend pony. As more and more people become hyper conscious of what they put in their body the poké sits comfortably in what is quickly moving away from being a health trend to a much needed shift in lifestyle.

“It’s power food, full of flavour and if it’s done right, there is no reason people should get sick of it. The combinations and room for creativity within the food is also endless,” enthuses Botha.

I have to say that I felt virtuous and fresh when I tried my first ever bowl at ONO. It’s also a bonus that it tastes so very good and feels like the perfect addition to my summer meal plans (although I maintain that the beach will get whatever body I give it.)

“If pizza could become as big of a staple as it is today then why can’t this? It’s a far healthier, far easier and far fresher way to eat and to live,” insists Theodosiou.

I mean, nothing will ever be pizza but poké doesn’t need to be, it’s fantastic as is and I have a feeling will be around for a long time.

Here is where to grab the best bowls:

1. THE POKÉ CO, Order online only

Andrew Flanagan was the original heralder of the poké trend in SA with his delivery service and occasional pop up restaurant. His locally sourced produced coupled with his sustainably sourced fish is delicious fixture for any healthy homebody and will help you get closer to that summer body as well. Add to cart immediately. 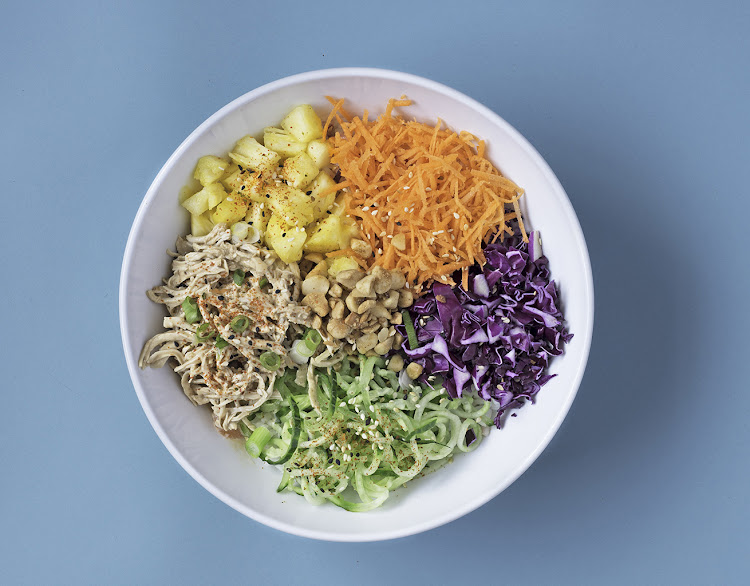 Not just branching out from traditional flavours with toppings such as nacho chips, pickled pear and purple labneh but you can now also buy art as they have taken to showcasing the work of local photographers and artists as a part of First Thursday. And as of this month you will be able to find their new concept store in the V&A.

Brendon Newport believes that poké is perfect summer focus on their menu at the “Hawaiian island style beach spin meets retro laid back bar vibe.” Situated in a prime beach location on the Durban golden mile, South Beach you will find a great selection of fresh tuna and seafood fishes to go along with their bowls, all mixed in with some of Durban’s finest Djs and local favourtie band, Veranda Panda. 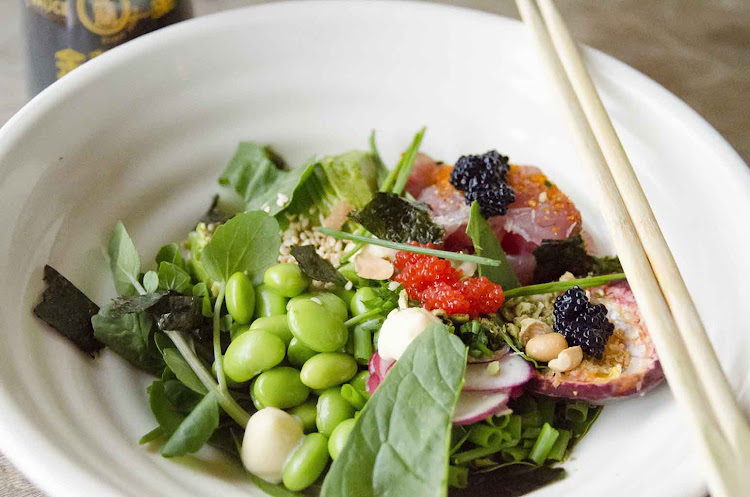 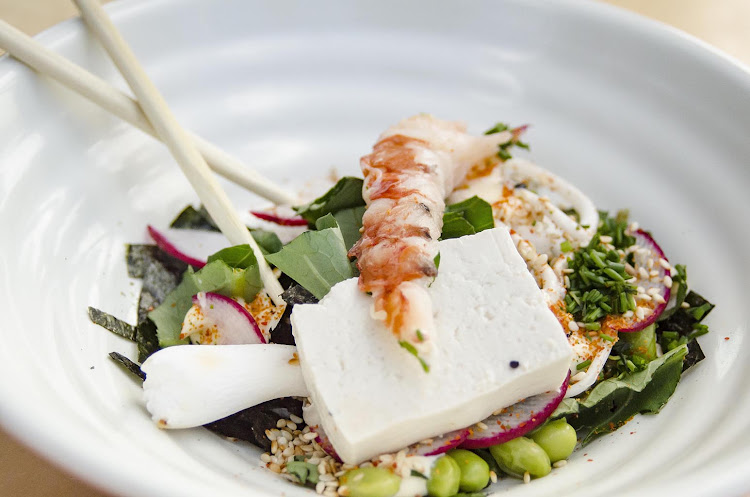 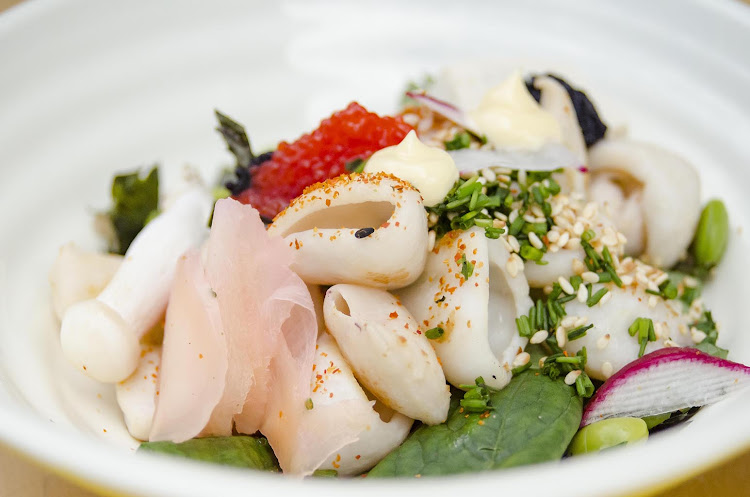 Ono means delicious in Hawaiian and these bowls certainly live up to their name. The space is fun open, perfect for a quick stop lunch between the corporate crunch. We urge you to run away from your Sandton desk for a minute to enjoy your pick of bowl under a canopy of metal leaves and grab one of their bespoke protein shakes after a sesh at the gym.

The second branch of Joburgs beloved Momo restaurants, this Ilovo set up celebrates the bowl the way their greenside sister celebrates the bao. Although their poké selection is small and one of many bowled offerings their Kauai bowl is such a stand out on their menu we would be amiss to exclude it on this list.

Although technically not poké this market stall staple does comes in a many a shape of vegan grain bowls. Started by Food Content Specialist, Lexi Monzeglio and fellow foodie, Linda Engelbrecht, the two create tasty, environmentally conscious bowls that are packed full of flavour and nutrition with even a few gluten free options to boot. 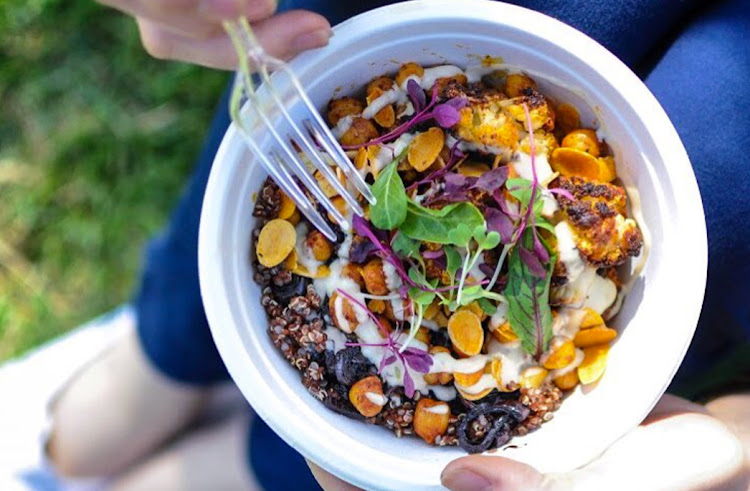 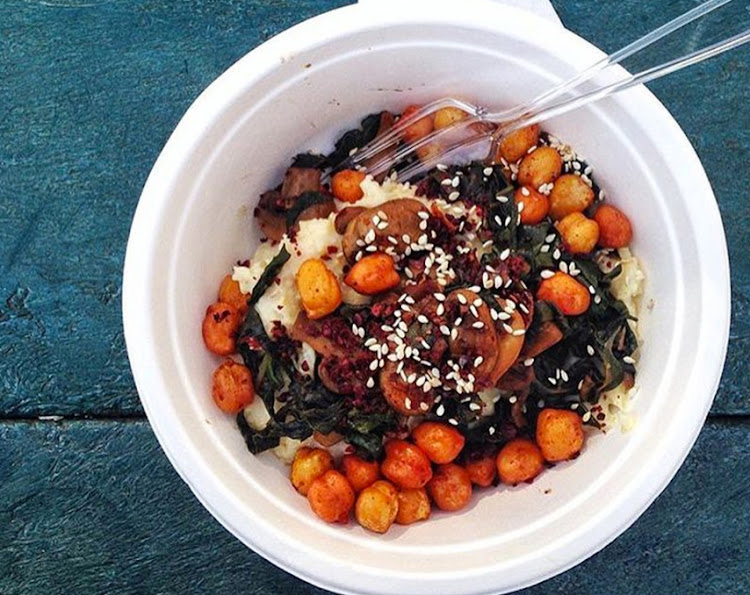