Farrel Hirsch gingerly holds an egg in his hand as he balances over a basket of fried sweet potato.

“This get’s fun in service time,” he quips as he gently tries to move the egg in place with one clean movement.

But alas the egg falls and cracks runny yolk all over his already beautiful creation. Ever the professional his hands move quickly to clean up the damage and soon he is deshelling another egg in his hands.

It’s this moment that reminds me of that famous Julia Child quote as she fails to flip her potato pancake.

“You can always pick it up if you’re alone in the kitchen, who is going to see?”

But now all eyes are on Hirsh as he heads up the kitchen at View Restaurant at the Four Seasons Hotel at the Westcliff. He was snatched up from under Luke Dale-Roberts at The Test Kitchen to breathe new life into this local legendary establishment.

“I got a phone call and they sold me this idea. I was like; Oh, you want to make top 10? Ok cool, where in Cape Town are you?” He recalls as he finely places one of three capers onto his Wagu Beef dish. “There was this pause on the phone, before they told me they were in Joburg. They flew me out here to check it out and that was it.”

A well-earned spot in a career that started at the age of 17 in Brighton, England. He had run away from school to the shoreline and was working as a roadie. He still swears that he could have become a rock star “if he tried” he scoffs as he cuts into Wagu loin that costs R700/a kilo.

Instead he happened to date the daughter of knighted chef and British restaurateur legend, Roy Ackerman who would take around his kitchens and restaurants and it just sparked something in Hirsh.

We chat to South Africa’s most celebrated chef about jazz, tiger milk and his take on the Joburg food scene
Voices
3 years ago

“I always loved food, I would always eat something, I would never turn my nose up at it and I was amazed at what he had done with his life. He was an orphan and started working in a scullery at 12 and there he was knighted for having 12 restaurants which all have Michelin stars. 17 year old me was dumbfounded and wondered if I could maybe do the same.”

Ackerman was also the old boss of Luke Dale-Roberts, who would eventually inspire Hirsch with his pursuit of Korean flavours. In fact there is a lot of Asian influence in View’s new set menu. Profiles he picked up as he traveled through Cambodia, Laos, Vietnam, Myanmar and India but only really honed when he started working in The Greenhouse in the Cape and the Test Kitchen.

“I just find that everyone has eaten a piece of steak or an egg before. It’s very normal to have these things. When a western palette is bombarded with Asian flavours it’s a lot different and quite nice.

This bombardment is acutely found in the first dish on that set menu called The Hen’s Egg. Here’s how he makes it:

This is like a play on an Eggs Florentine. We use all the components that are in the dish but just tweaked it slightly.

Instead of a potato or a rosti that you would normally have for breakfast, we do a sweet potato nest that sits around it. I line up discs of pre-prepped sweet potato and roll them up like in a roulade to slice them up.

We add a bit of sesame oil to this, I like the smell of the sesame it makes it taste like a different country straight away.

Now it’s time to plate. It’s quite a process plating this dish. It’s quite fun but there’s a small margin of error. What brings it all together is “Amazing Dan’s” mayo. We make this nice mayo that has miso and some garlic in it. It has such a nice kick! Winner, winner.

It took a while to figure out what potato we needed to use. If you use normal potato it just sticks to everything and we can’t mold it. So if you use sweet potato because you can just pull it way you want. It’s pliable and it works quite nicely.

Let me grab the egg. We sous vide poach it at 62 degrees for about an hour and then we drop the temperature right down so that it doesn’t over cook it, but it keeps it warm. This let’s the egg still be ambient but have a good consistency When we crack it, take a bit of the excess membrane and then very carefully place it on top.

There’s nothing wrong with a little bit of help every now and again.

Finish it off with seasame seeds, deep fried kale and coriander. I like a little bit of onion for breakfast so these are our favourite shoots and lastly some burnt powder for the toast effect and that’s the dish; 62 Degrees Hen’s Egg with sweet potato, shitake, chili, ginger, baby kale and deep fried spinach.

With dishes like this Hirsch may be on his way to be a rock star after all. 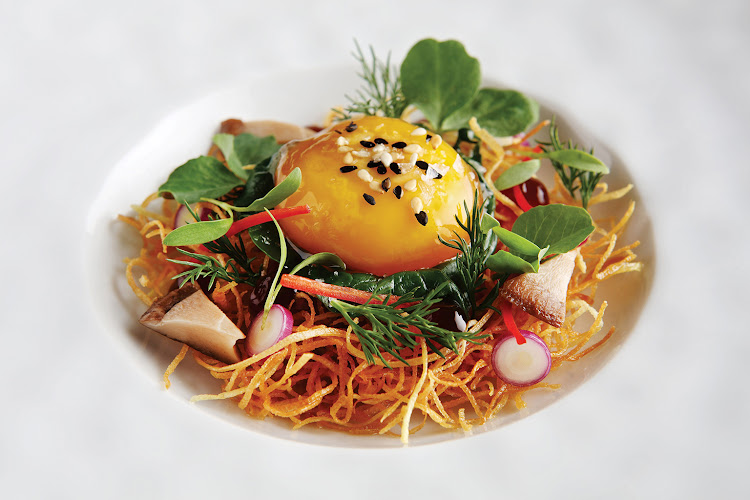 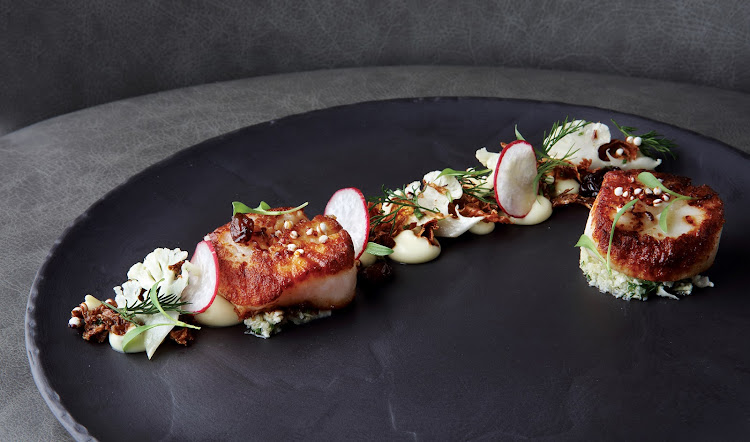 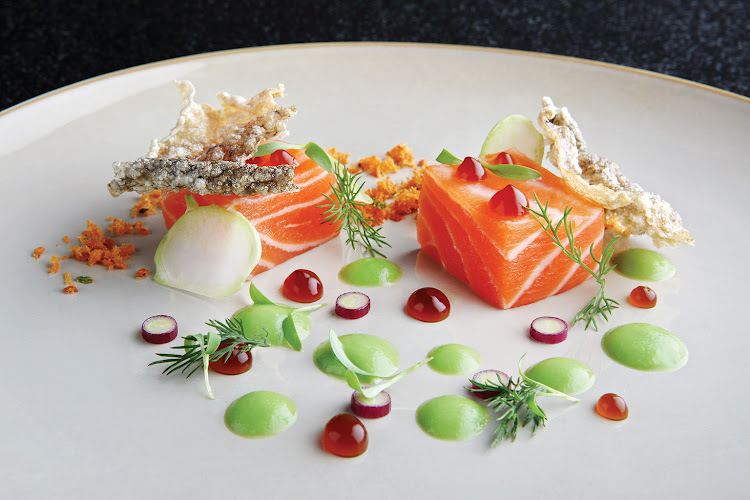 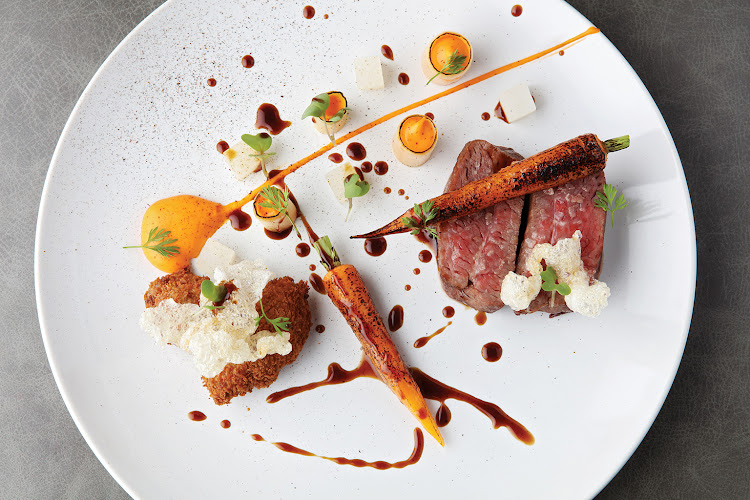 Book your spot at View Restaurant at the Four Seasons Hotel, The Westcliff at viewrestaurant.co.za. Also soon to be home to Preview, a tapas bar opening at the end of Septemeber. It will feature a bar-inspired casual dining experience offering small plates designed by Hirsch.

Winter fondue pots at the four seasons the Westcliff ...

Luke Dale-Roberts, and The Test Kitchen’s ...

Swapping food for stories: what we heard at the Put A ...

Cocktails from the cockpit