Vanilla ice: how cyclones and drought affect your ice cream

Summer is on its way and with the great thaw upon us, we will soon see sun-starved legs peeking out under shorts and dresses at picnics and braais around the country. And what pairs better with a sunny day than a scoop or four of everyone’s favourite cold treat: ice cream.

Now most of us have never really given much though to ice cream flavours other than which one you may want to try next from a tiny spoon at the shiny glass counter. Yes, with food trends erring towards the more health or allergy conscious you may have started graduating towards dairy free, vegan or all natural options but I doubt you every really thought of the ramifications a drought in Ethiopia may have on your choices.

Over the past few years, independent ice cream makers have toiled against natural disasters, our own fluctuating Rand and general mismanagement of already scarce vanilla resources and it has put quite a dent into their bottom line.

“We just got an updated invoice for our next order, the cost is now R9300 per kg of vanilla,” explains Kate Schrire from Capetonian favourite, The Creamery. “So that’s more than double the R4000/kg we were paying from 2014. In 2013 we were purchasing vanilla for R600/kg.”

Kate Schrire's business is based on sustainability

Cyclone Enawo, which displaced 500 000 people as it hit the Madagascan coast in March this year is partly to blame. It also hit the stockpiles of middlemen already putting a squeeze on a desperate international vanilla market.

As it stands Madagascar is the largest producer of vanilla in the world and accounts for about half of the global output but some local suppliers have already been switching to alternatives.

“We did start using Ugandan vanilla a few years ago as a substitute,” says Amanda Maidman of Umhlali’s Scoop Handmade Ice Cream, which has 5 different vanilla varieties on their menu at any time. “It is also beautifully fragrant and delicious! I sometimes worry that perhaps the vanilla stocks will be depleted and then we've got a problem. Who wants an ice cream range that doesn't include vanilla?”

Many local ice creameries have had to come up with ways to beat the pinch. In fact, The Creamery in Cape Town famously does not serve a vanilla ice cream and instead serves a sweet cream ice cream flavour instead, which is a blend of cream, milk and buttermilk combined with egg yolks, sugar and sea salt. They went this route rather than to compromise on their measure of quality and using alcohol based extract or essence. They still use vanilla regularly in their hot raspberry vanilla cookies available only at their Mouille Point Café and sometimes in their ice cream on special occasions.

“We would rather make smaller batches of a specific flavour, and really make a fuss over it. This is what we do with melktert ice cream, which we only make once a year for Heritage Day Weekend. Our customers are as excited as we are to see it back in our scoop counters.”

Other makers such as Peta Frysh of Johannesburg’s Pete's Super Natural Ice-Cream use a number of techniques to squeeze all the flavour they can get out of the pods. This includes storing the mixture for a day or so before churning, allowing flavours further time to seep in; and immersing washed used pods in a dedicated vat of sugar, used for the vanilla ice cream only. Frysh also insists that since there are no eggs in his ice cream to interfere with the vanilla, the flavour is more pronounced.

“Profits are no longer what they were, but there seems to be a huge increase in interest in the flavour,” says Frysh. “It now rivals Popcorn Cream with Torched Marshmallows for our most popular flavour position, so it is balancing out quite well.

At the end of the day Frysh believes that you can’t compare the flavour of pure vanilla and it’s worth all the extra effort and cost.

“I would honestly rather not make it than put 'seeds' or paste or powder into the ice cream.”

“I must admit, a couple of months ago I had a minor internal panic and decided we should look at reducing the range of vanillas on the menu, in an effort to control costs, but it didn't last long.  We are well known for having an array of flavours on offer so I decided to take a big gulp and swallow the cost.”

It may not always be possible for independent makers like Frysh and Maidman to do so. According to the Financial Times there is already a growing trend overseas of makers dropping the flavour from their offering.

So we suggest that this summer you take full advantage of this possibly soon to be rare commodity and eat all the vanilla ice cream you can get your hands on. Tell your summer body diet that’s an order.

Here are some of the best places to do just that:

His Madagascan vanilla is just that and made with a combo of bean and extract. This is the perfect one to start your vanilla journey with up north - if you can tear yourself away from his Birthday Cake flavour that is. 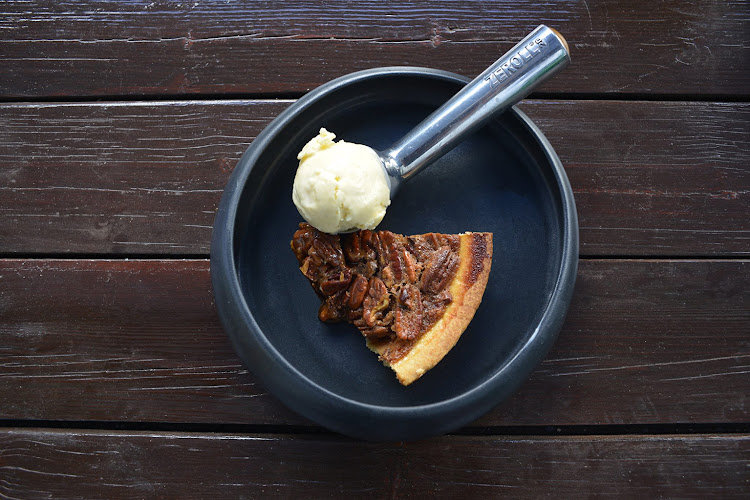 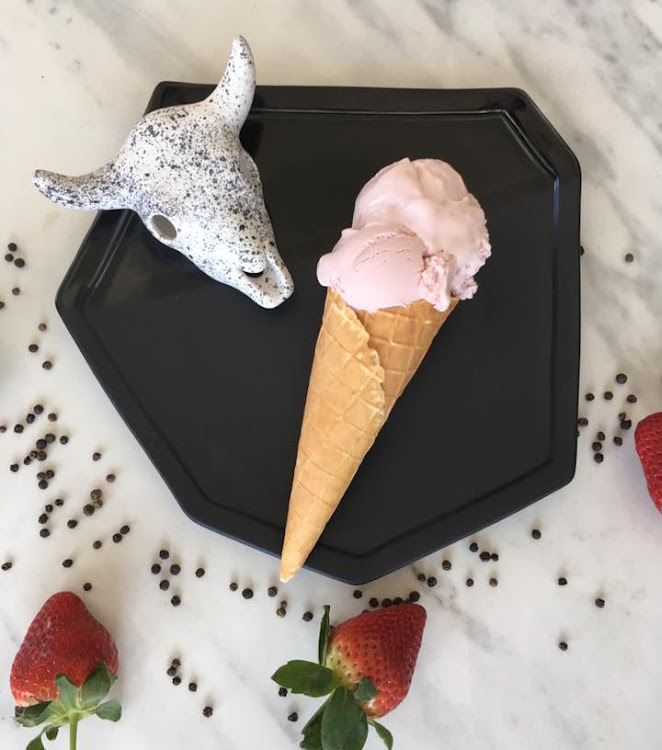 Known for her vegan and dairy selection as well as her zany popping flavours and combos, Pete’s pots of ice cream is well loved on the indie ice cream circuit. And yes, her vanilla truly is really super. 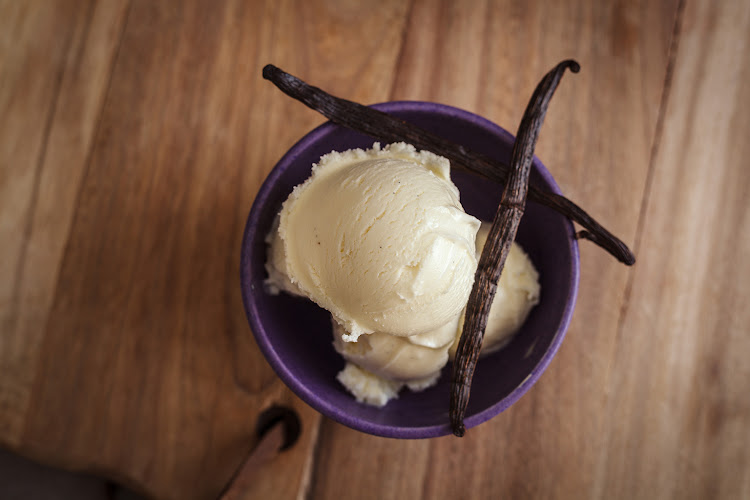 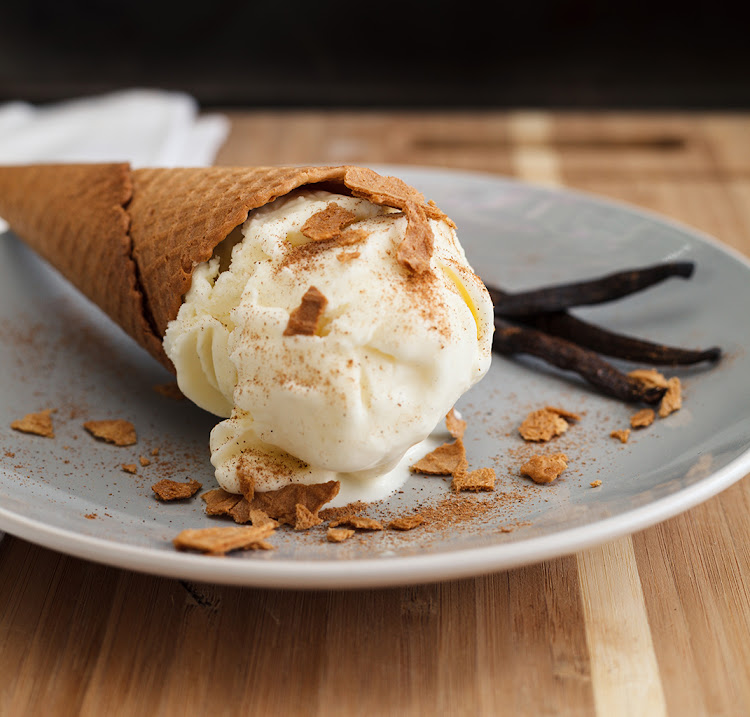 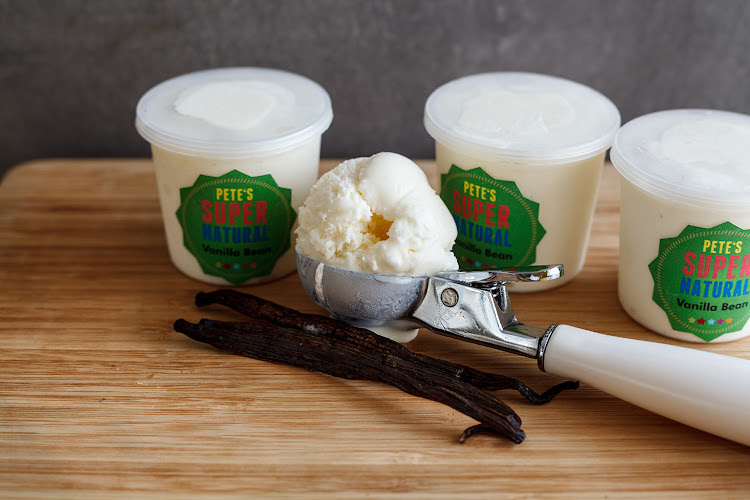 Serving up punchy flavours and black girl magic, Yococo is wholesome vegan ice cream at it’s best. Championing the idea that healthy can be fun too, we’re here for it, and savvy owner and founder, Sinenhlanhla Ndlela use of real vanilla bean extract. 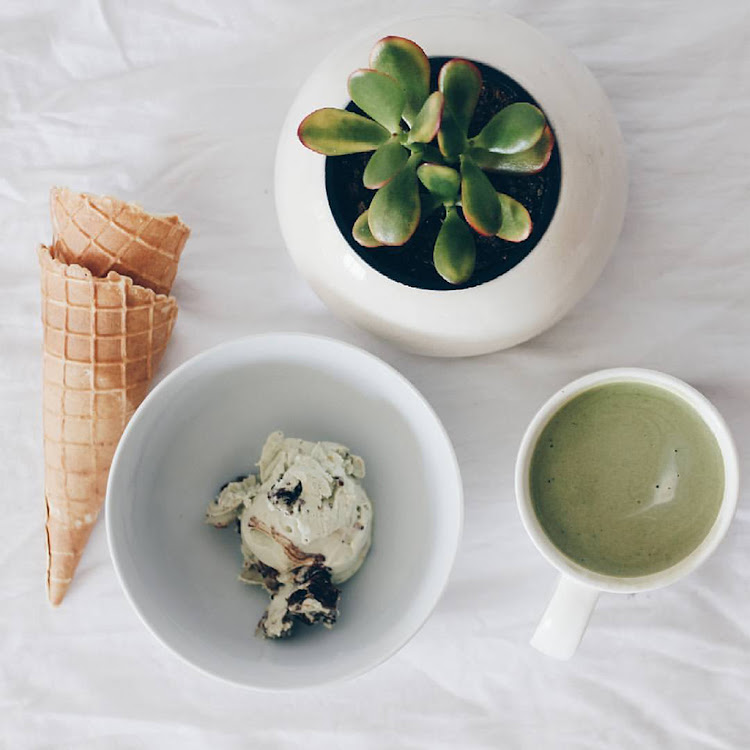 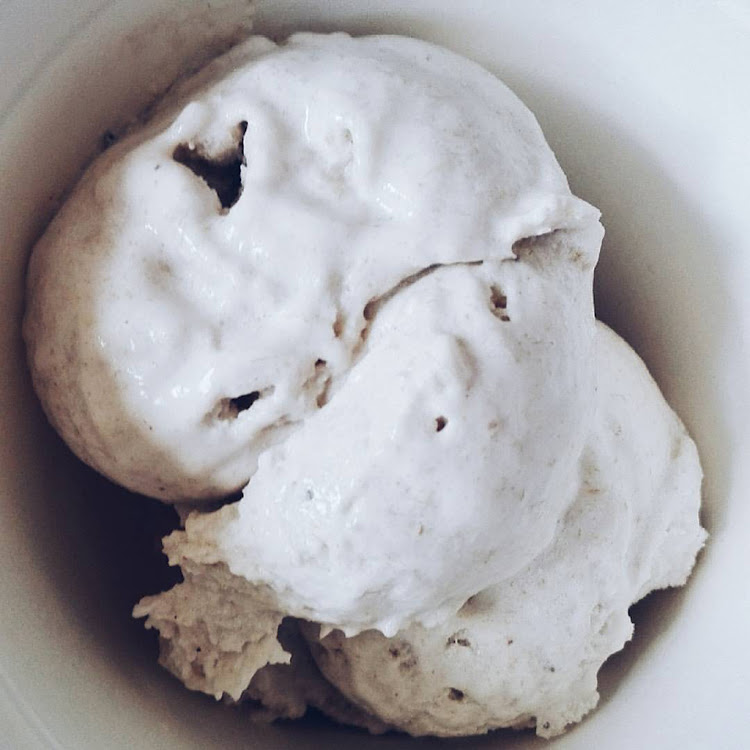 The cute boy behind the counter of this infamous establishment said that he knows they use “real vanilla stuff” in their ice cream but wasn’t too sure what. We’ll take it, and preferably in the form of their Copenhagen flavour of vanilla with generous chunks of caramel.

With the aforementioned 5 different varieties at play we say that the North Coast has got itself covered (in sprinkles no less.) But if that’s still not enough for you get the classic rocky road where 10% is donated to Vision 153. 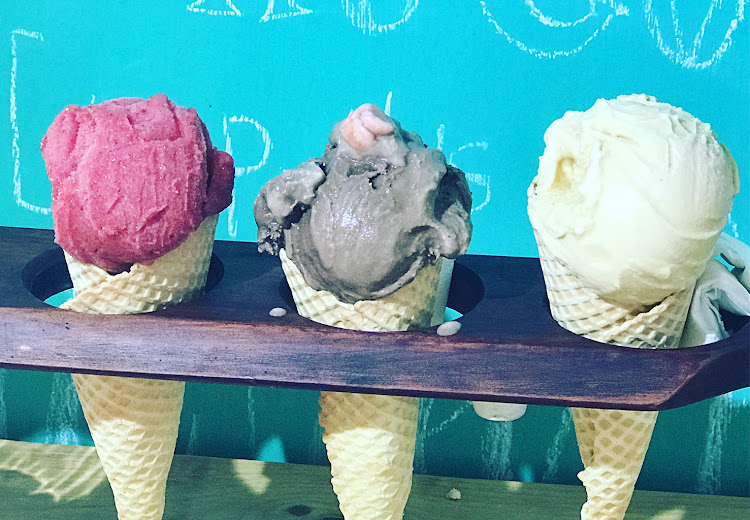 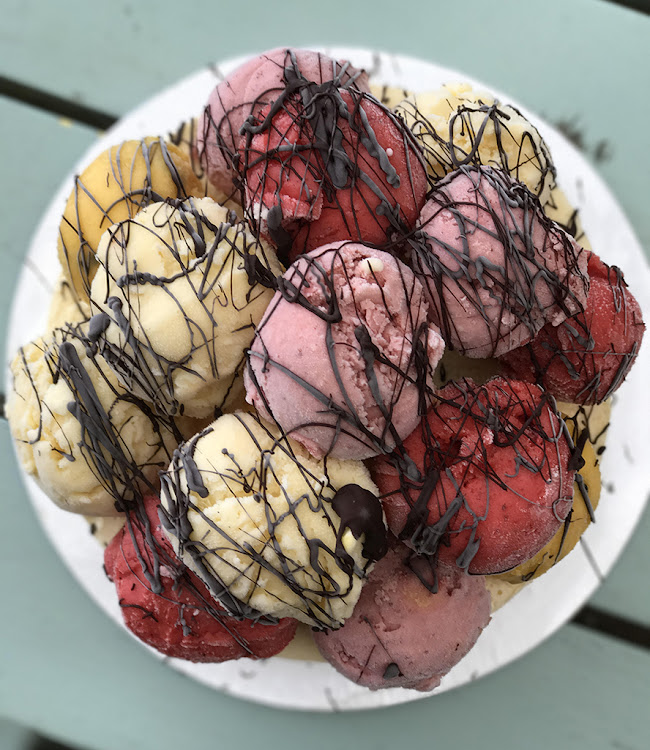 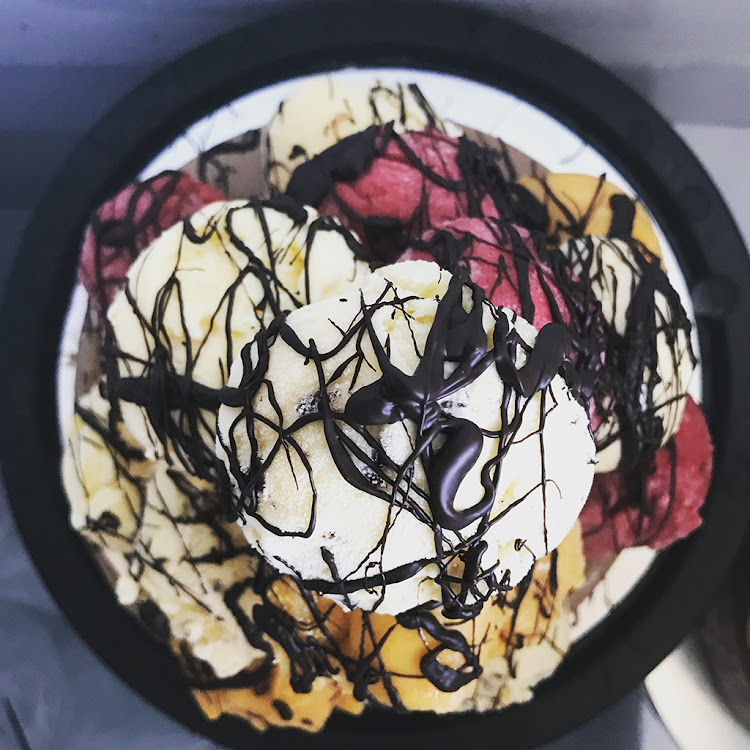 Hannah McClean (han-made, get it) has recently switched to Vanilla bean extract citing that it is the obvious next step in their quest to stick as close as possible to natural ingredients. We suggest signing up to her monthly ice cream club to taste test that journey for yourself.

Everybody deserves a proper Italian gelato moment served by a man called Fabrizio and thanks to IceDream you can get yours on the way to “The Republic.” It opens up again on the first of September so get their vanilla bean gelato while it’s hot.

Available in both vegan and dairy this hip little spot has just unveiled 12 new summer flavours that you can pair with their vanilla pod offering. We suggest you top your scoops with their edible flowers topping because it’s spring; a time to be somewhat frivolous, ridiculous and delicious. 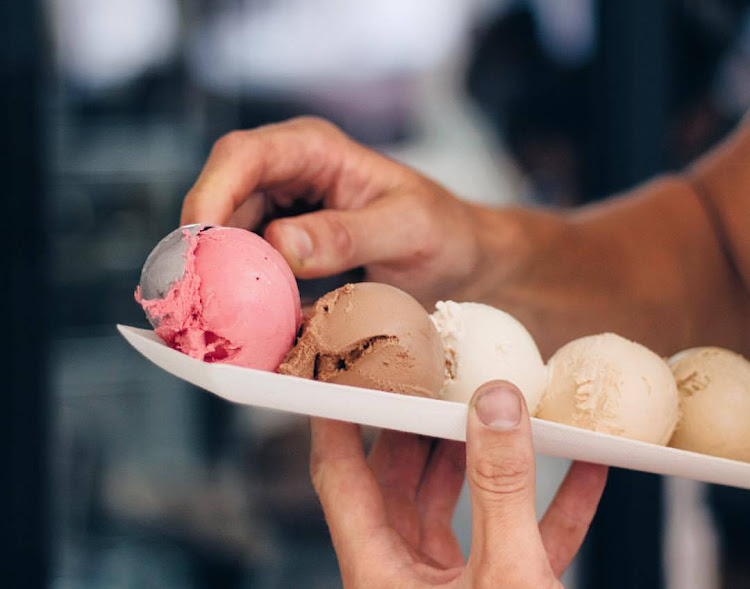 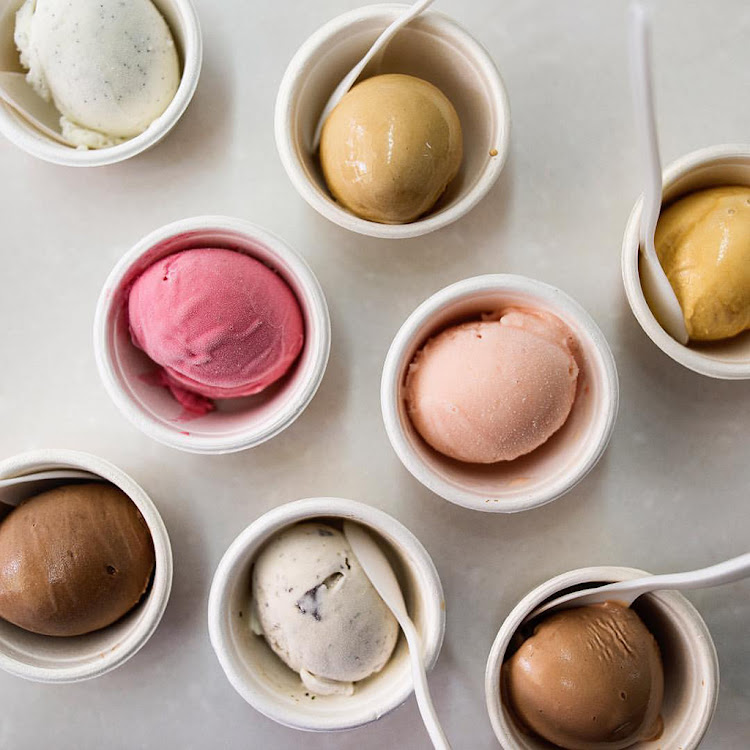 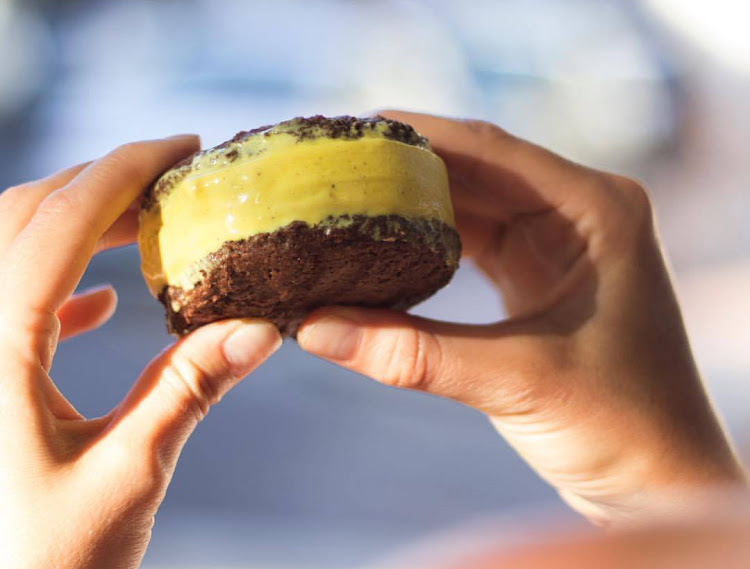 Although they don’t stock a pure vanilla ice cream we can more than appreciate a Melktert flavour they’ll be scooping up on heritage day later this month. And let’s be honest their sweet cream and the rest of their flavours more than make up for the lack. So good. 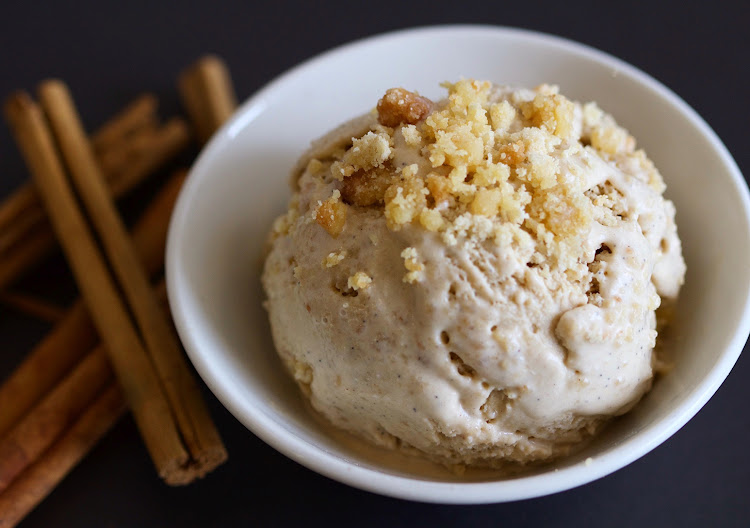 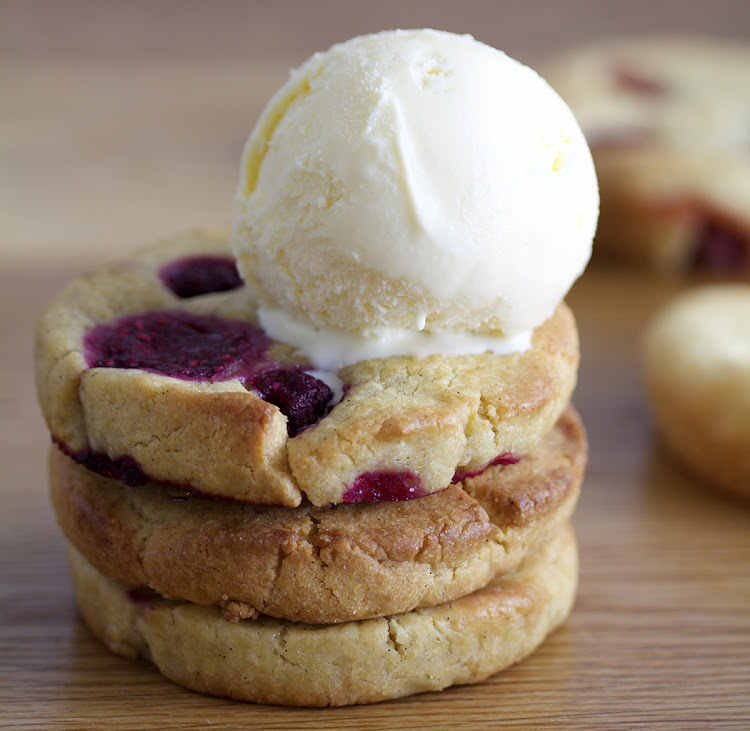 This is only one of the list who does not in fact use any form of natural vanilla flavouring. But, come on, it’s soft serve that looks like spaghetti with an amazing name in close enough proximity to the beach. What’s more summer than that? Besides everyone needs a cheat day every now and again. 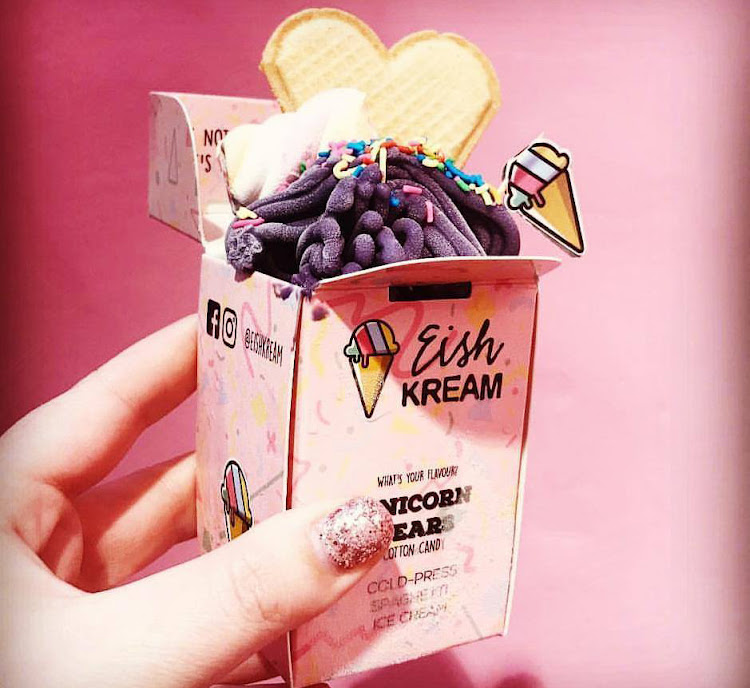 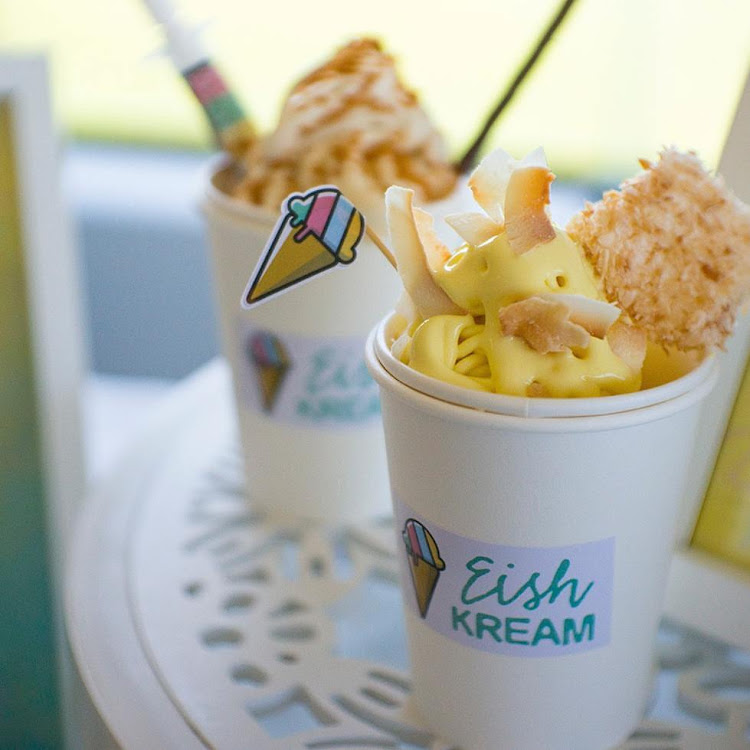 A taste of ice-cream heaven at The Creamery