Aspasia Karras lived like an empress for a moment. It was a sparkling, unforgettable, experience

Words: Aspasia Karras
The guests arrive in the forecourt of the Château de Saran.
Image: Supplied

This May, I found myself in the most unusual but nevertheless delightful position of travelling adjacent to Napoleon’s hat. You know the hat well — the famous bicorne, a style of military headwear immortalised by the bellicose head that most famously wore it. I am transfixed by it; an ancient piece of felt with heavy-handed stitching where it has been mended, its fading cockade and watermarks. It looks battle worn. This almost-talismanic object, that sat atop the man who willed himself into an emperor, was travelling with 150 guests on the Orient Express towards Épernay in Champagne to celebrate Moët’s Brut Impérial — created in Napoleon’s honour 150 years ago. Just next to the improbable hat was a large, leather-bound ledger, bearing the first orders for the joyous bubbles for the emperor and empress. Happier times before the divorce and exile. They were fans and house friends of the Moët family, visiting the château we were so glamorously en route to.

Outside, the countryside was warming up, just past the first flush of spring; inside, the wood-panelled art-nouveau carriages were afloat with chatter fuelled by the birthday Brut, accompanied by a mellifluous jazz soundtrack, and Natalie Portman’s Dior jewels for the grand fête later.

Moët & Chandon created Brut Impérial with an eye to modernity, explained chief executive of LVMH, Bernard Arnault, later. The house had been making the sweet nectar since 1743 but this new dry version took the world by storm — a bit like the aforementioned emperor, who wore his hat in a new style that was immediately recognisable on the battlefield and subsequently through the ages. Soon, no party was complete without Brut Impérial fuelling the good, brave battle with the night. This, of course, included the inaugural flight of the Concorde and the heady days of disco at Studio 54.

Guests, including Natalie Portman — now donning the jewels, Kate Moss in an aptly-coloured champagne silk, vintage jumpsuit she’d bought that morning, the statuesque Uma Thurman, and the glorious Fed (Roger that is), all took in the view of the surrounding Champagne vineyards from the ancestral home of the Moët family — the Château de Saran — thrown open for the first time in five years after an extensive renovation. Now the sublime suites will house special guests of Moët, each room its own champagne journey through time.

The party gently floated down to the exceptionally beautiful dinner prepared by Michelin-starred chefs Dominique Crenn and Yanick Alléno. They created a subtle and delicious accompaniment to champagne pairings, including a Moët & Chandon Grand Vintage 2009 in honour of Roger and Mirka Federer’s wedding.

In the middle of the fields, a strikingly modern glass-and-mirrored pavilion reflected the traditional beauty of the countryside and looked up onto the château. As the lights dimmed, spectacular fireworks burst into the night sky — heralding another 150 years of Brut Impérial. I can doff my hat to this battle. 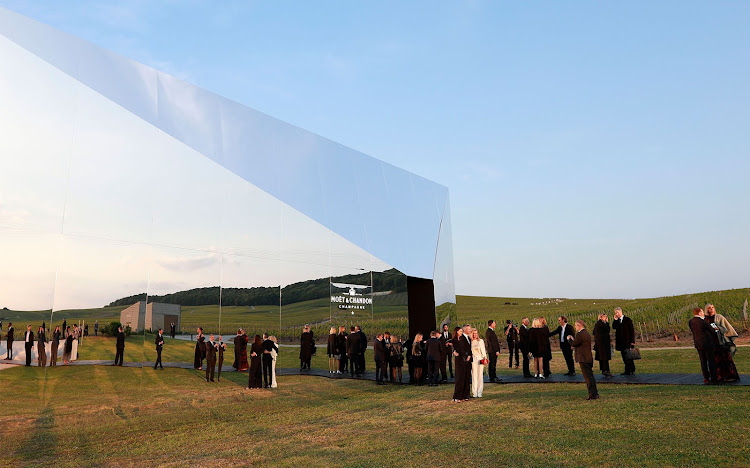 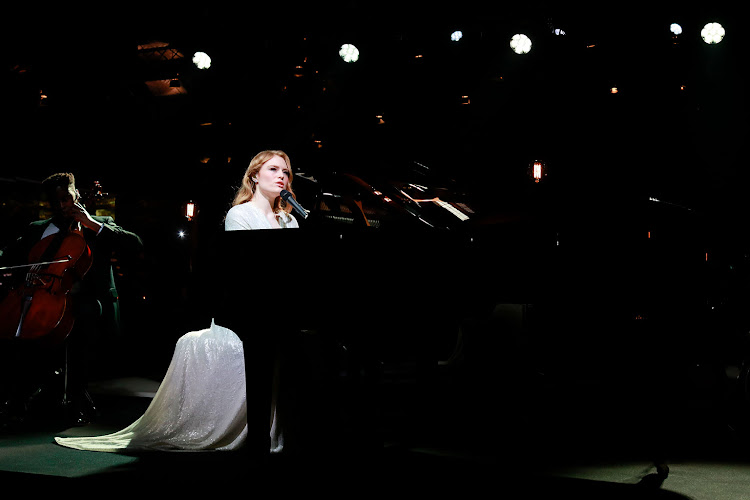 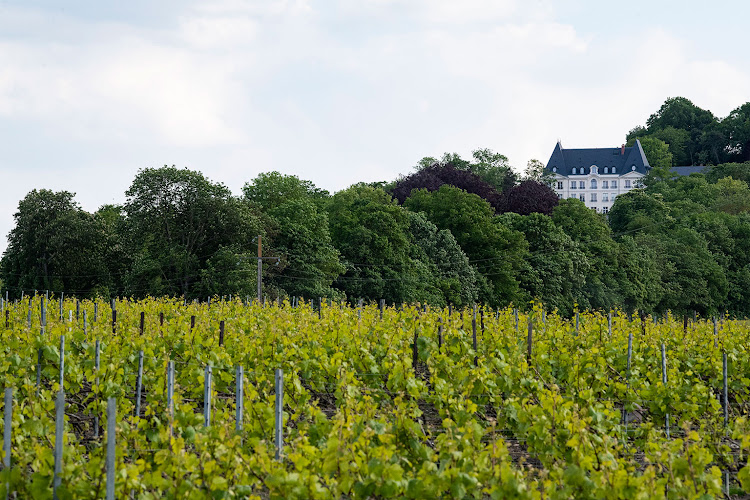 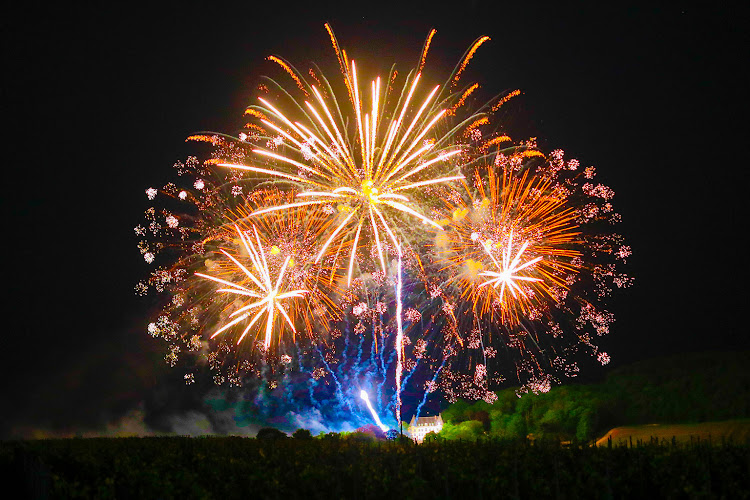 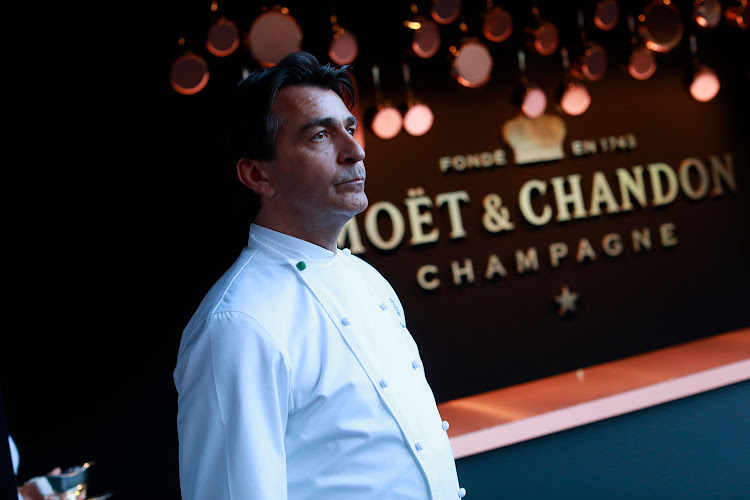 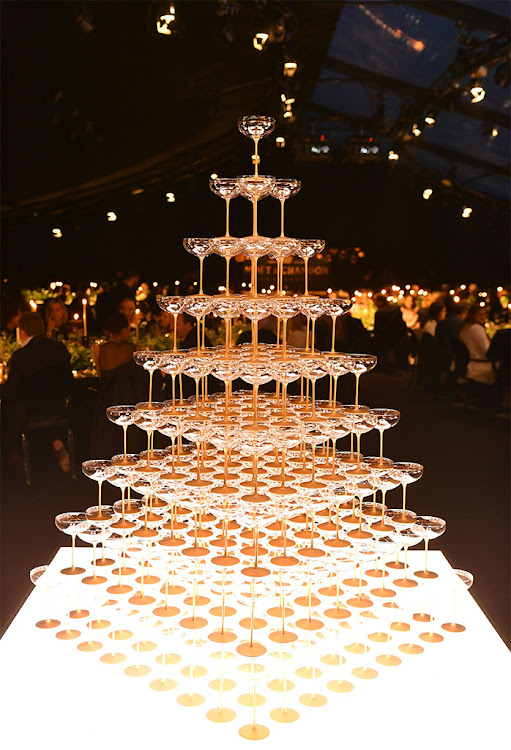 Three cheers! All you need to know about Champagne, MCC & Sparkling Wine

Navigator /Food
© Wanted 2021 - If you would like to reproduce this article please email us.
X