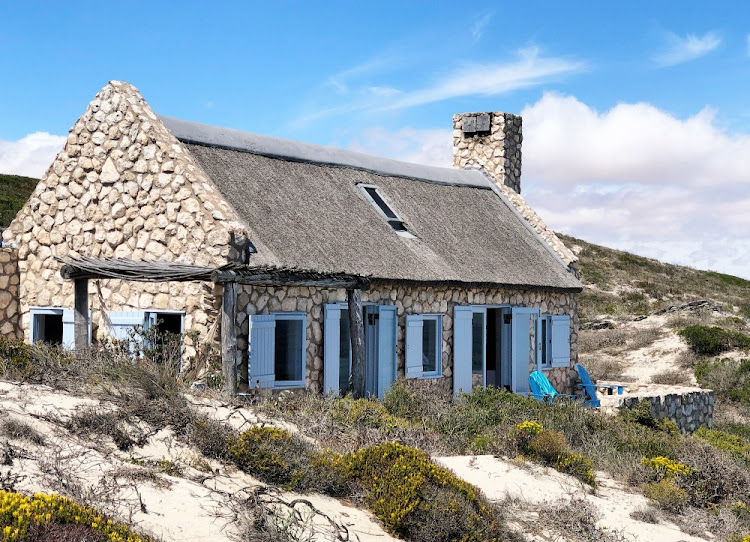 The real-estate arm of the well-known Perfect Hideaways has enabled discerning buyers to own magnificent homes in exquisite places traditionally hard to come by if you don’t have access to a discreet word-of-mouth network.

Hideaways in Churchhaven and the Groot Paternoster Nature Reserve on the West Coast, plus Bainskloof Pass and a selection of exceptional game lodges have all passed via Perfect Hideaways Invest to new owners seeking a slice of exclusivity. And if not as a permanent home, the newly acquired properties can join the Perfect Hideaways rental portfolio too.

Perfect Hideways Invest MD David Untiedt says: “Many of the properties we offer for sale are from our rental portfolio. After changing hands they often remain within the rental stable, allowing the new owners to generate revenue that will allow them to renovate, refurbish and add on the elements that will make the hideaway truly theirs.”

Owning a dream lifestyle property is a global trend, and SA is definitely included. It’s a choice that allows you to exhale and live harmoniously in your chosen environment. And the trend is growing. “While it’s one thing to rent a beautiful property, it’s quite another to own your own,” says Untiedt, “and we are seeing that more and more locals and foreign investors alike are making their dream a reality and purchasing their perfect hideaway.” 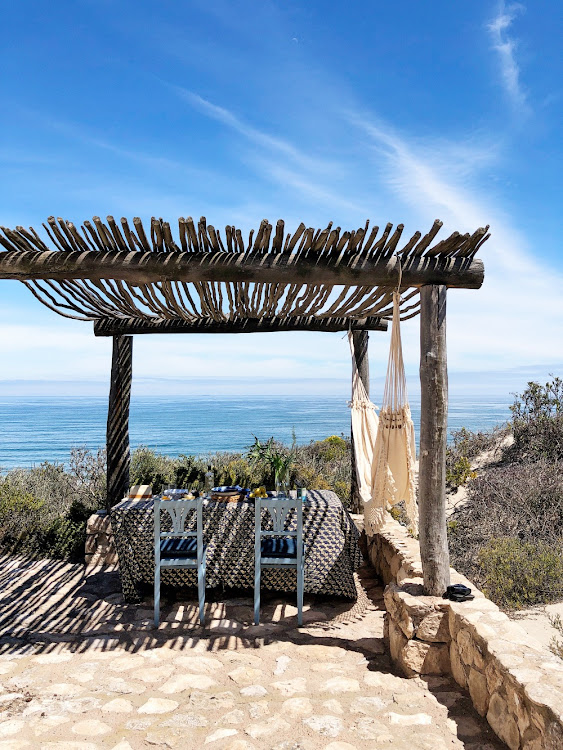 Here days follow natural rhythms, guided by weather and whims. With 180-degree natural ocean theatre, you can curl up in a window seat and read, or simply gaze out to sea – watching ocean moods and colourful wooden fishing boats heading out on sortees from Paternoster. Not a single house punctuates your view, which looks more like watercolour wall art than lived reality.

This is a place of solitude and soul food. It’s a true beach cottage, with clean screed floors and reed ceilings of yore. Call it an enchanting escape to a bygone era of less is more living. Being off the grid and powered by solar and gas simply adds to the authenticity of this unique and intimate space; little recesses and nooks throughout are all safe spaces for candles and lamps.

A free-flowing living space includes the dining area, kitchen and lounge – with built-in sofas around the hearty fireplace. The main bedroom and a loft bedroom are inside under the open antique rafters, along with two bathrooms. A third, stand-alone bedroom leads off the courtyard, and there is an outdoor shower to rinse off after salty sea swims – or frolicking with wild dolphins.

This is a world within a world, a retreat for artist and writers and lovers of peace and space. And when the sun sets over the sea before you, and the Columbine lighthouse shines its protective beams over the bay, you’ll sense the joy of pared-down living – surrounded by unspeakable natural beauty. 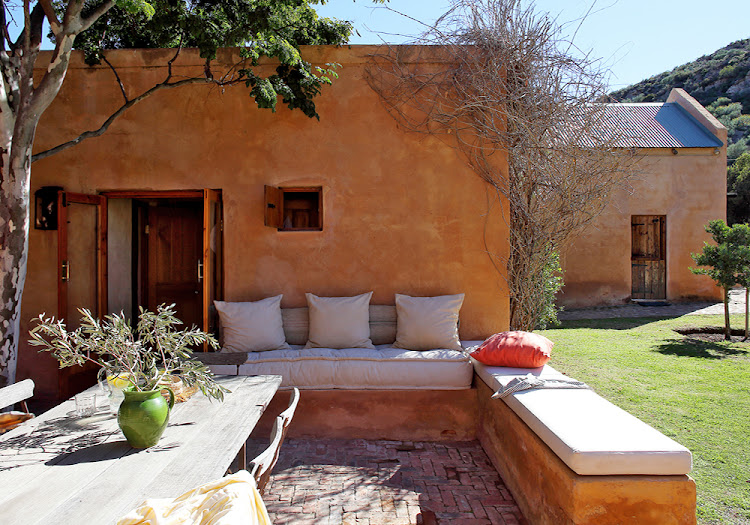 On the folded foothills of the Langeberg mountains lies a farm of many facets. Just 15km from Barrydale along the renowned R62 route, Lemoenshoek is just magnificent, cradled by mountains and under the wide skies of the Klein Karoo.

The four-bedroomed, four-bathroom homestead of Voëlvlei is everything an atmospheric farmhouse should be. Thick walls, cane ceilings and cool, polished cement floors cater for hot summers; fireplaces quickly cosy the home in winter. Built in the U-shaped traditional vernacular, everything used to create the homestead was made and sourced locally – it’s thoroughly Klein Karoo from foundation to parapet, including the dry-packed, slate feature walls and outdoor shower cove, lintels from fence posts and milestones found in the veld, and wooden sash windows and Oregon doors are refurbished finds from Karoo journeys. Proportions throughout are effortlessly just right.

While cooling in the pool, you can lazy gaze across indigenous vegetation and enjoy watching an abundance of birdlife. There’s a fragrant rose garden to amble in and an established herb and vegetable garden alongside the house too, maybe pick fresh figs and pomegranates as you go. Or wander a little further to the olive grove – with almost 6,000 thriving trees – and the boutique olive oil pressing plant, where world-class extra virgin olive oils are produced, using the finest Italian equipment. This farming facet of the property has numerous dwellings too, and enjoys plenty of natural and pristine drinking water off the mountain – plus there are two boreholes. Everything about it is a working olive farm, and a highly reputable one too. 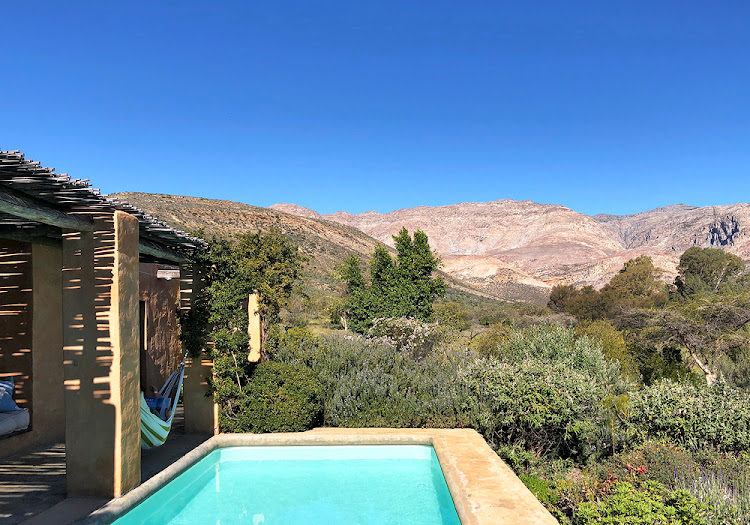 The third facet of Lemoenshoek is the rugged game sanctuary area. It’s all indigenous fynbos and is game fenced and ready to be stocked, though smaller mammals naturally roam freely. There’s also a 4×4 route onto the mountain, as well as magnificent hiking terrain along with spectacular, distant views. All these have untapped tourism potential, along with numerous cottages to provide guest accommodation. Lemoenshoek is already zoned for tourism, hospitality and conferences.

So this magnificent space is actually three farms all in one: homestead, olives and game sanctuary, with all the makings of a tantalising tourist hideaway spot. Or simply enjoy it as a spectacular lifestyle farm, where fauna, flora and fellow man can live in harmony and old-world freedom. 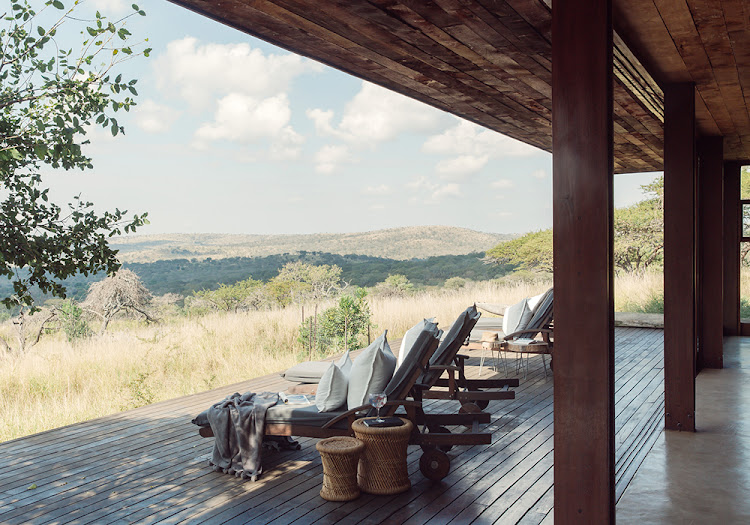 Just over a three-hour drive from King Shaka Airport and six hours from Johannesburg, perfectly situated within a Big Five Game Reserve, in the heart of the ancient Zululand, the contemporary safari hideaway, Thuleni, cushions itself into the thicket of the iconic Acacia bushveld.

Set on a 23 000ha reserve, the owners were determined to design a property that would be enraptured by the bush and leave little trace of its existence. They employed the skills of the award-winning architect Richard Stretton to build Thuleni, who delivered his touch-the-earth-lightly philosophy, seamlessly. Spectacular views of the Ghost Mountains – that peek through the canopy of trees lining the watering hole – flood through the floor-to-ceiling glass windows that dominate the space.

A captivating horizon seeps into sight in the late afternoon light with the added viewing of the Lebombo mountain range becoming visible in the distance. The views are endless. Early morning sunlight hits the living areas, lighting them up with warmth. “I wanted to feel like I was sleeping under the stars in the bush, so that’s why the whole place can open up,” the owner said of the build. Stretton likes to call it "formalised camping". Local artisans were responsible for the intricate workings of the stone walls and the crafting of the Tamboti pillars that were up-cycled from a dairy in Bela Bela.

In 2004, 17 independent landowners and conservationists, all removed their fences, to create one of the largest privately owned reserves in KwaZulu-Natal, making Manyoni Private Game Reserve a fully protected wildlife reserve. This became a strong focus of the World Wildlife Fund Black Rhino Expansion Project. Many forgotten species have returned to the reserve, and are now thriving.

Take the time to quietly sit on the open deck, watching what happens to the watering hole at intermittent moments throughout the day– when the antelope, buffalo, giraffe, lion, rhino, elephant, cheetah and even leopard come down for a sip and a dip.

The most extraordinary diversity in flora and fauna exists at Thuleni, with more than 455 resident bird species, and a great mix of savannah vegetation and riverine woodland, interspersed with mountainous regions. 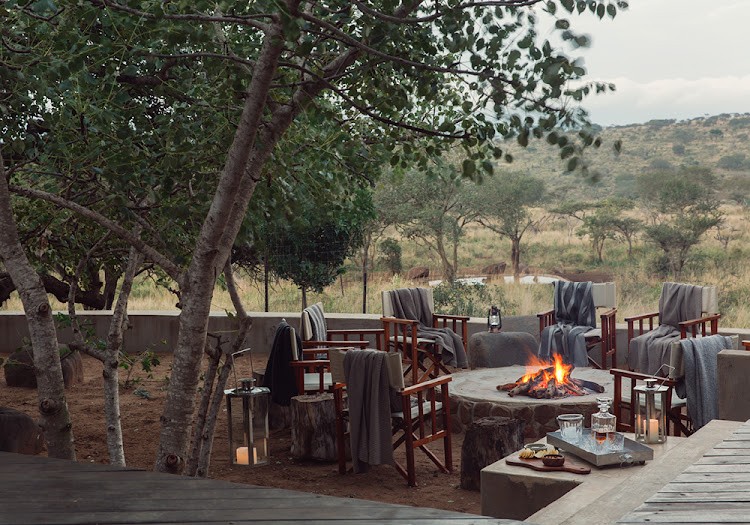 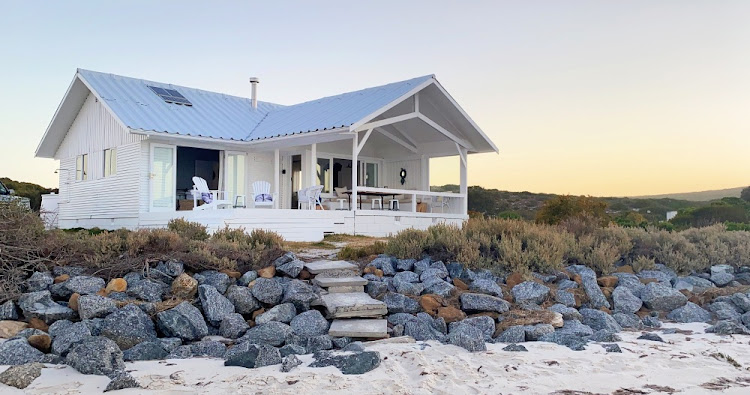 For the first time in 60 years, this little pocket of paradise – a pure haven of a hideaway – is ready to change hands. A legacy on the lagoon, Hout Huisie has recently undergone a maternal makeover, gently sweeping out the old, yet retaining its integrity and simplistic purity.

With colours washed in white and soft neutral hues, the abundance of natural light permeates every open space and offers charming views of birds frolicking in the shallow.

With furnishings sourced by renowned interior designer Salome Gunter, French linens, and navy cottons have been tailored to canvas the subtle nautical statement. A British sailor’s shirt and an image of a sunbird darting over the dining table framed by a porthole adds a whiff of good wit to the serenity of the space. A lovely laidback deck and oh-so-romantic boma both cocoon from pervading winds, lending to the theatre of the lagoon and its symphony of ever-changing sounds and colours.

Being completely off-the-grid, you’ll be seduced into living closer to your roots and an existence around nature’s clock. You’ll be up with the sun, as it creeps through wide-open doors, hooked back for the night. You’ll be out with the sandpipers and the plovers, as they preen their feathers in the warm morning waters that are gently receding with the tide.

After sailing and supping your way across the turquoise lagoon, you’ll dive into those beautiful blue waters once more, as the tide decides to lap back to the front porch. You’ll char, steam and grill those treats over the fire-pit, as the sun sets behind and the birds take their final flight for the night. When the last game of cards has been dealt and the last sip has been swallowed, you’ll be out with the candles and the lanterns. Over to the stars as they conjure up one last symphony of light.

Living on the lagoon is returning to a way of life that we are constantly yearning for. The life of the beachcomber. Where the birdlife is breath-taking, the stillness is pacifying, and the hours seem eternal. It is poetry in motion, and it is as unique as only West Coast lagoon living can be.

For more information and further properties for sale email sales@perfecthideaways.co.za.

* This article was paid for by Perfect Hideaways.

American Swiss outdoes itself with its exquisitely ...

Guests enjoy a fabulous evening of wine at the Keyes ...

Wanted brings you the Constantia Wine Route at the ...

Most Wanted
© Wanted 2022 - If you would like to reproduce this article please email us.
X