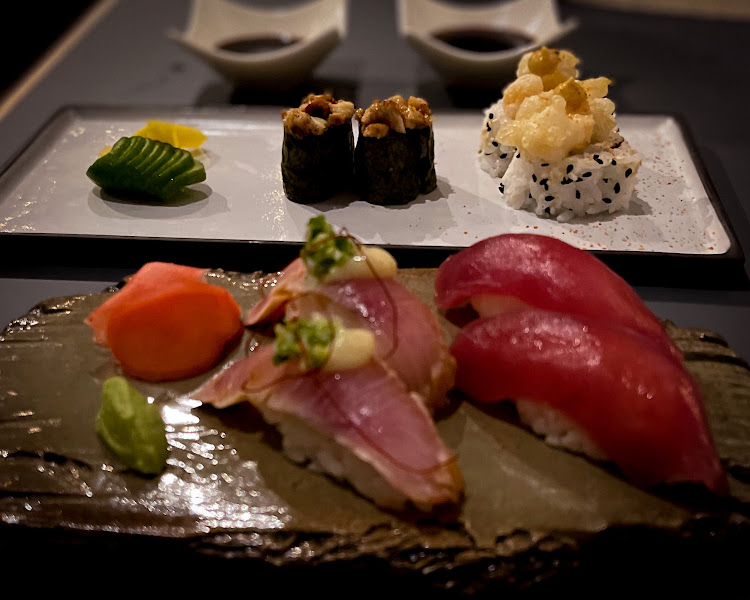 Ellerman House, the prestigious Bantry Bay hotel, is celebrating its 30th anniversary with a series of spectacular gastronomic experiences. The latest one is a collaboration between the Relais Chateaux property’s culinary director, Peter Tempelhoff, and executive chef Kieran Whyte.

Tempelhoff, whose lauded and awarded Japanese restaurant Fyn has garnered world renown, brings multitudes of experience to the table, having made many a trip to Japan where he honed his skills and learned all about the rigours, precision and technique of Japanese cuisine.

Whyte, who joined the Ellerman team earlier this year, has previously worked under Tempelhoff during his days heading up the award-winning The Greenhouse, and brings with him a passion for global cuisine, local ingredients and imaginative flavour combinations.

On arrival, guests were welcomed to the hotel with wasabi cocktails, Pieter Ferreira Rosé 2013 Cap Classique and canapés in the form of oysters and tartare, on the hotel’s magnificent terrace. Enjoyed, of course, while watching the sun set over the Atlantic Ocean — a view synonymous with the cliffside property.

It was then into the dining room for the main event. Starting with the sushi courses, guests were served Harry Hartman Summer Sauvignon Blanc 2020 and Thorne & Daughters Rocking Horse 2019. The two white wines worked wonderfully with the exquisitely prepared fish.

There was the trout served with a deep miso and wakame sauce and the gorgeous tuna, served as both nigiri and sashimi, accompanied by elements of sweet, salty, spicy and bitter. 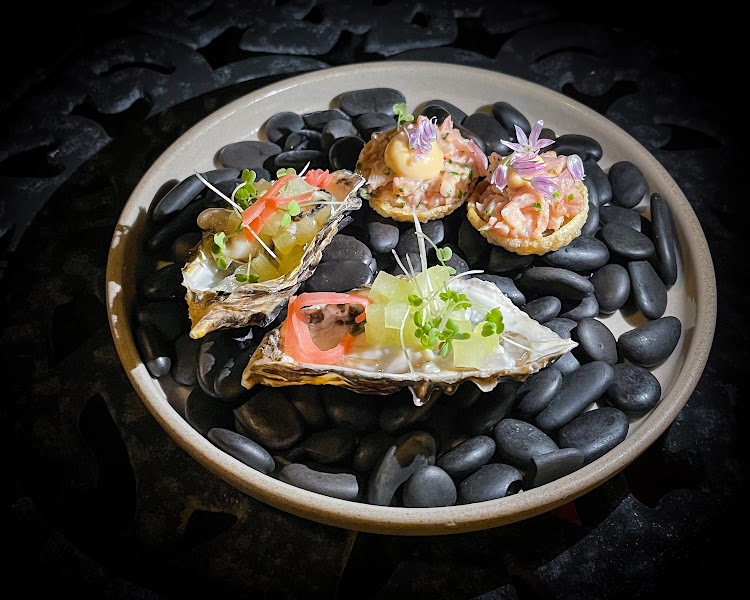 Then a delicate yellowtail tataki nigiri, the fish marinated in white soy, dressed with a garlic aioli and jalapeño salsa. The chefs also offered their version of the 4X4 roll, the crispy yet light tempura sitting atop a California roll.

The unagi gunkan maki was an absolute standout, the tender eel meat diced and served on a little maki “boat”. The luxurious, melting-in-you-mouth ingredient was contrasted by the crispy nori and the perfectly cooked rice.

It’s sensational use of few ingredients, creating the most mouth watering of morsels, delivered exceptional flavour. 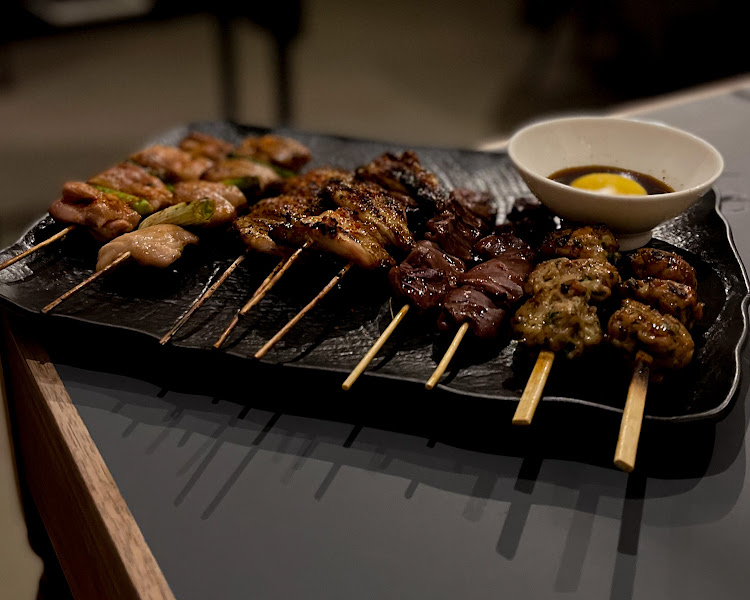 Next the yakitori arrived, a street-food staple of skewered ingredients cooked over coals. The assortment of sticks contained a variety of chicken cuts ranging from chicken thighs (skewered with spring onion), grilled wings and, for the more adventurous, chicken hearts. It’s part of the tradition of making yakitori to use as much of the bird as possible.

The chefs showed off their prodigious skill by expertly cooking each stick over flame. Perfectly seasoned, perfectly cooked and accompanied by a moreish white cabbage side dressed with ponzu and mayo. 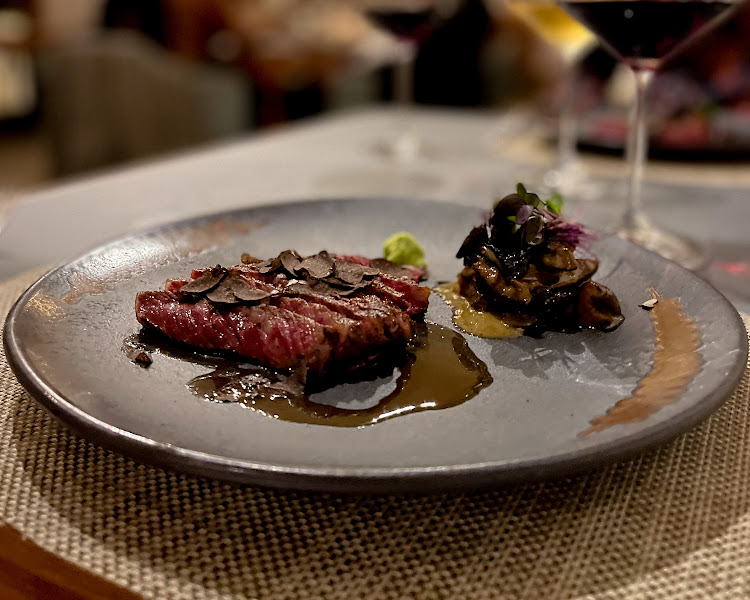 Seared and sliced Wagyu was up next, the gorgeous marbling of the meat only matched by that of the black truffle shavings in which it was so generously covered. It was a showstopper of a dish — the meat, the truffle, the touch of wasabi and the shiitake side offering a lesson in deep, rich and layered umami. 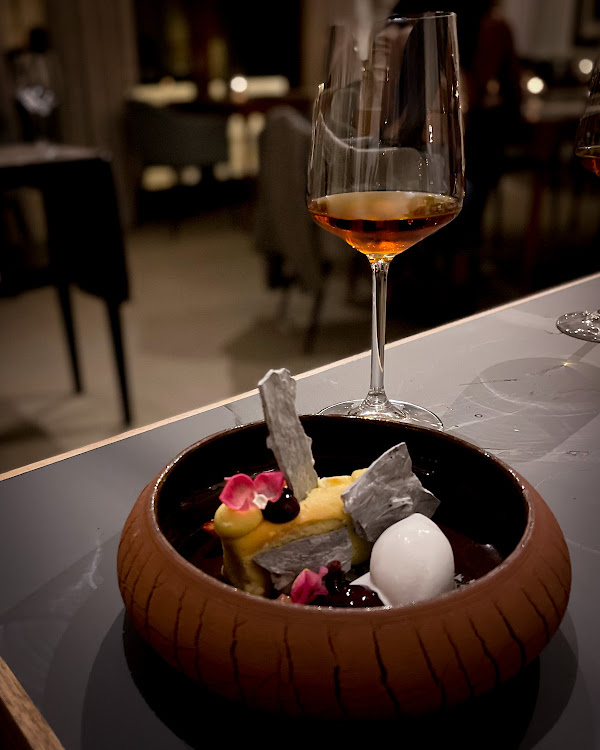 The 2019 vintage of Ellerman’s eponymous wine together with Saurwein Nom Pinot Noir 2016 accompanied these meatier courses.

A cloud-like Japanese cheesecake with textures of yuzu, kalamansi and strawberry together with a glass of Mullineux Straw 2016 brought the evening of exceptional Japanese cuisine and top-notch South African wine to a close.

The ongoing relationship between Ellerman House and Tempelhoff once again created the most memorable, unique and luxurious of experiences, seemingly the way only the dynamic team can do. Whyte too proved a worthy addition to the team as he takes on the roll of head chef.

From taking to the skies with the world’s most loved champagne brand to exciting new releases and a wine convention in Jo’burg, these are the wine ...
Food & Drink
1 month ago

Own a genuine piece of history

Hard seltzers — sparkling water combined with a dash of alcohol — cater to the growing ‘drink less, drink better’ set
Wellness
1 month ago
Next Article
© Wanted 2022 - If you would like to reproduce this article please email us.