The rise of sourdough: Get your yeasty fix from these artisanal bakers in Joburg 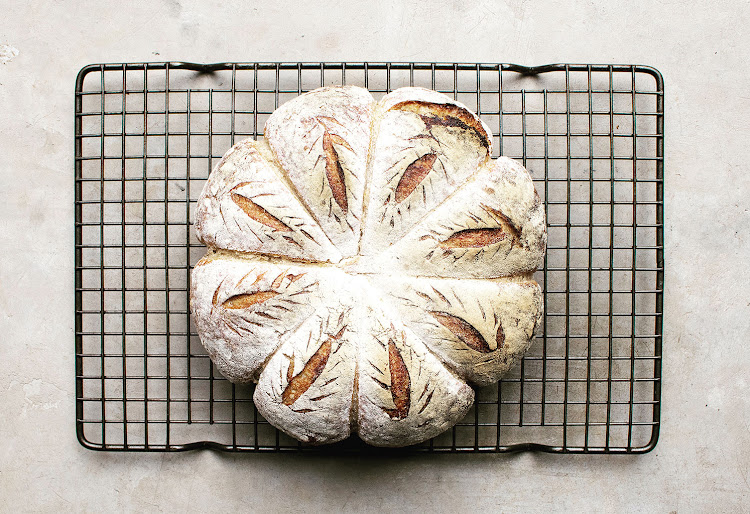 There’s a primal comfort that can only be found in a loaf of bread. Within the past decade, no loaf has enjoyed the resurrection and achieved cult-like status like sourdough. Argued to be the quintessence of microclimate — each variation influenced by the environment in which it is made — it is seen as equal parts science and philosophy. It is the result of a time-consuming ritual of feeding the starter, mixing the dough and leaving it to rise, and, of course, baking the bread. As the country went into lockdown and we were forced to slow down these Joburg bread makers used the time to hone their craft and perfect their recipes, turning their baking into businesses: each one serving up their own iteration of the handcrafted, artisanal loaves.

On the heels of a successful career in the wine industry, Jaco Smit swopped bottles for bannetons as he began experimenting with sourdough. As he tried different recipes, two loaves became four, and four became six — which saw him supplying freshly baked loaves to his neighbours.

Following his newfound passion, he took the leap and opened his own bakery. As luck would have it, he found a space that was licensed, meaning he could bring together his wine knowledge with his breadmaking skills. And so, Voisin Bread & Wine came to be. Inspired by those initial days sharing bread with his voisins (French for neighbours), the name serves as a constant reminder to always be neighbourly.

At this trendy urban precinct you’ll find Jaco Smit’s fresh homemade bread, and good wine… is there anything better?
Food & Drink
1 year ago

The shop at 44 Stanley, specialising in interesting wines and — of course — sourdough, is a one-man operation: you’re likely to find Smit feeding starters, kneading dough, or taking freshly baked golden loaves out of the oven. It’s open Tuesday through Saturday from 10am to 4pm and on Sundays till 2pm. Get there early, as the bread sells out fast! His signature loaf is made using locally sourced white, wholewheat, and rye flour and salt (Oryx desert salt or Khoisan hand-harvested sea salt), with 75% hydration. The result is a classic sourdough with a thin, crunchy, crust, chewy centre, and a delicate, tangy, sour taste.

Husband-and-wife team Matt and Caro Tapson’s sourdough journey has been years in the making. Matt, the avid baker, has been experimenting and researching the craft for the better part of the past six years. He has spent hours and hours researching recipes and techniques, taking inspiration from the best sourdough makers around the world.

His main source of knowledge and inspiration is critically acclaimed Chad Robertson of Tartine Bakery in San Francisco, US. Tapson was so inspired by Robertson’s work that he built an oven similar to the one Robertson had first learnt to bake with, an Alan Scott retained-heat masonry oven. The two-month project saw Matt working away to create his dream oven, and on 2 August 2020 it was cured and ready for its first firing. The result was exactly what he’d been looking to achieve, a loaf with a crust and crumb as described by Robertson. 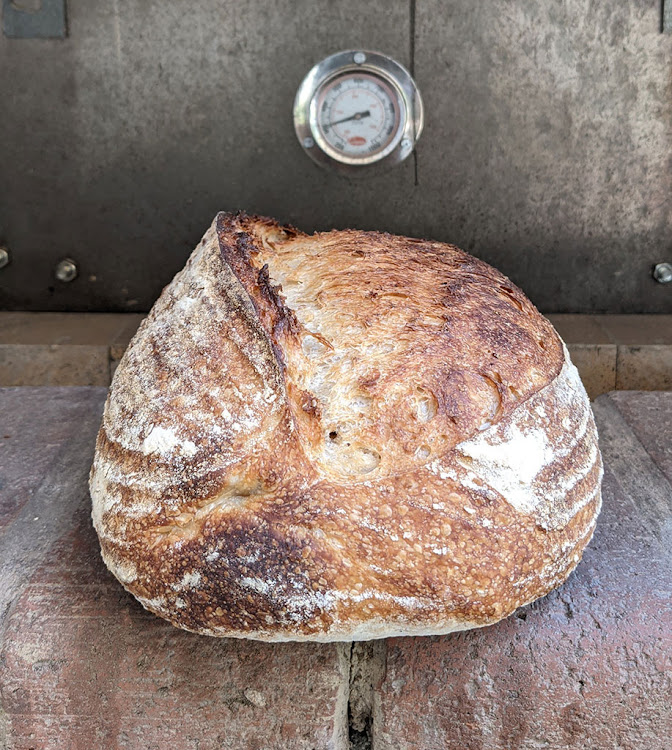 Utilising the power of Instagram, the couple began advertising and selling their bread. Recognising the demand, they converted one of the rooms in their house to a full-scale bakery and now bake four days — averaging 150 loaves — a week. They use stoneground flour to make their loaves with a hydration of between 76 and 78%. The Linden Loaf has a dark, crunchy crust and is soft and chewy on the inside.

Linden Loaf bread can be found at Linden’s Little Deli, Brik Café in Rosebank, and Service Station Café in Melville.

Maryke Burger first stumbled upon sourdough in New York in 2014, when she attended a crash course on the art of sourdough by renowned baker Melissa Weller. Burger left with a small jar of San Franciscan starter that she’d use for years to come. Fast forward five years and, amid the lockdown, everyone who knew her was asking for bread, starters, and lessons. So she began posting instruction videos on Instagram, teaching sourdough baking, including tips and tricks for getting started. This quickly evolved into her own online store, where she now sells her breads, starters, and a host of other sourdough and baking-related products.

A boutique baker, she makes around eight loaves per batch, with flour sourced from small mills. Her recipe comprises a combination of flour, hand-ground buckwheat, and spelt with a hydration of between 70 and 75%, dependent on the weather.

Her signature is her “Meisie”, an earthy, nutty, dark, and hearty loaf. The bulk fermentation and 24-hour proving process results in a deep, tangy sourness while the psyllium-husk base contrasts with a molasses-like caramelisation, bringing sweetness and, of course, a crispy crust.

Starter: In essence, the wild yeast that not only makes the dough rise but also gives the bread its namesake sour taste.

Crumb: The size and formation of holes inside the bread.

Levain: A portion of starter that has been fed and is ready to use for baking.

Hydration: The percentage of water to flour in the dough — higher hydration gives the bread that gorgeously bubbly crumb and thin, crisp crust.

Proofing: The resting of the dough, which allows the yeast to ferment, causing the bread to rise.

Banneton: The basket in which bread is proofed.

Scoring: The cutting of the dough, which influences how the bread expands while baking.