Liquor language: The ABCs of winemaking and wine tasting

We’re here to help you learn the most essential language there is: winespeak 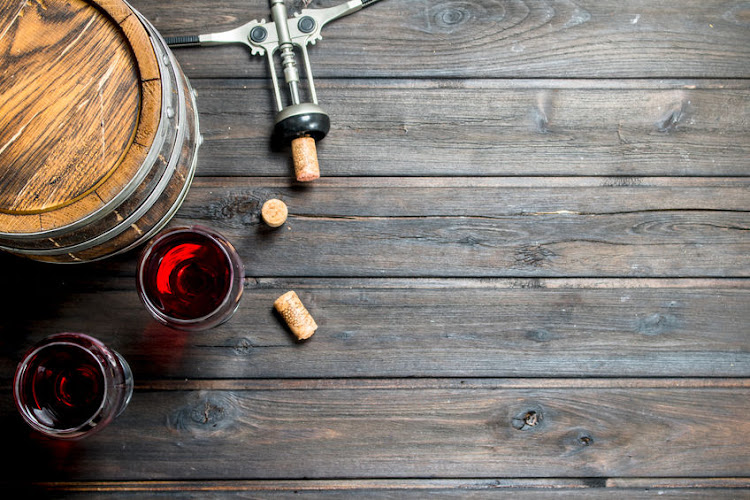 Congratulations! You’ve made it to the third and final section of language tutorial — helping you learn the most essential language there is.

In the first and second instalments we looked at different wine varietals and terms associated with them. Today, let’s look at some winemaking terms as well as some wine-tasting ones.

Bâtonnage: Pronounced “bat-on-arj”, this is the French term for stirring the lees (see definition below) back into the wine, as it tends to sink to the bottom. The winemaker uses a specially designed tool, a long baton that fits into the hole of a barrel to bâtonnage, or they can be rolled or rotated to upend the settled lees.

A guide to winespeak: How to say it like you mean it, and know what it means

Don’t know your Brut from your Blanc? We’re here to help ...
Food & Drink
1 year ago

Bouquet: Pronounced “bo-kay”, this refers to the sum of a wine’s aromas — how a wine smells as a whole.

Corked: A wine with musty, mushroomy aromas and flavours resulting from a cork that’s been compromised in some way. Corked wine containing TCA (a frequently occurring chemical compound found on cork) has a characteristic odour resembling a mouldy newspaper, wet dog, damp cloth. Not the kind of aromas you were hoping for…

Disgorge: The process by which final sediments are removed from traditionally made sparkling wines.

Finish: The aftertaste left by a wine. This is one of the most important factors in judging a wine’s character and quality. Generally speaking, the longer the finish, the better the wine.

Fining: Part of the clarification process whereby elements are added to the wine, (like egg whites) in order to capture solids prior to filtration. And don’t worry, the egg white doesn’t stay in the wine — it comes out with all the other impurities.

Lees: Pronounced “leez”, this is the sediment that develops during winemaking, usually made up of dead yeast and bits of grape seeds and solids. Winemakers sometimes like to keep some of these solids in contact with the wine as a way to extract more flavour, aroma and texture into the developing wine. The solids can then be filtered or fined out before bottling, or the wine can be racked (see definition below), which leaves the solids behind.

Maceration: This is the process of allowing grape juice and skins to ferment together, thereby imparting more colour, tannins, and aroma to the wine.

Malolactic fermentation: Say what? This simply refers to a natural process that sometimes spontaneously occurs after wine has fermented. The result is a kind of lactic acid that gives the wine a softer, buttery acidity and a waxier mouthfeel which is often desirable, especially in red wines.

Nose: Synonymous with the word bouquet; it describes the sum of a wine’s aromas.

Oenology: Pronounced “ee-nol-oh-gee”, this is the science and study of wine and winemaking. An oenologist is thus a professional winemaker, while an oenophile is someone who enjoys wine (that’s you).

Palate: This refers to the actual taste of a wine. Not to be confused with a palette, which is a board an artist uses to smear paints upon (which could also be used as a wine coaster).

Phylloxera: Pronounced, “fill-ox-era”, this is a voracious vine louse that destroyed much of the Cape’s vineyards in the late 19th century and still threatens many wine regions across the world today.

Racking: The process of moving wine from barrel to barrel, while leaving its sediment behind.

Riddling: The process of rotating champagne bottles in order to shift their sediment slowly toward the cork.

Second/third/fourth fill barrels: Wooden barrels are used to mature and age a range of wines. These wines are then called “wooded”. To facilitate the growing trend toward more subtle, lighter-wooded wines, winemakers often opt to mature their wines in barrels that have previously been filled and used before — resulting in less of the wood’s flavours being drawn into the wine.

Sommelier: Pronounced, “sa-milly-ay” this is the fancy word for a wine steward; one with a great degree of wine knowledge and the best wine and food pairing options. If you’re at a restaurant that has one of these, be sure to ask them what they would recommend drinking with your choice of food.

Tannins: In grapes, tannins are found primarily in the skins and pits. They have a kind of bitter, sharp taste that provides structure to a wine. Over time tannins tend to mellow, making wines less harsh.

Terroir: Pronounced “terr-wah”, this uber-French term refers to the environmental context that the vineyard and grapes grow up in and amongst. Aspect, altitude, soil type, wind, sun, and proximity to the ocean are all pieces of the terroir puzzle. Generally speaking, winemakers work really hard to make wine that reflects the terroir of the vineyard it comes from.

If you’d enjoy receiving six wines every month — tailored to your taste and budget — this is the wine club for you. Simply tell us what kind of wine you like, at what price, and we’ll do the rest. You’ll get wine at better-than-cellar-door prices, delivered to your door, with no strings attached. No complex contracts or fine print, and if you don’t like a particular wine, we’ll gladly replace it, free of charge.

Skip the queues, and stock up on that much-missed elixir. Here are our top shops to order your next bottle
Food & Drink
1 year ago

WhiskyBrother, a fraternity founded on shared passion, is a connecting force that has always been more than a store
Food & Drink
1 year ago