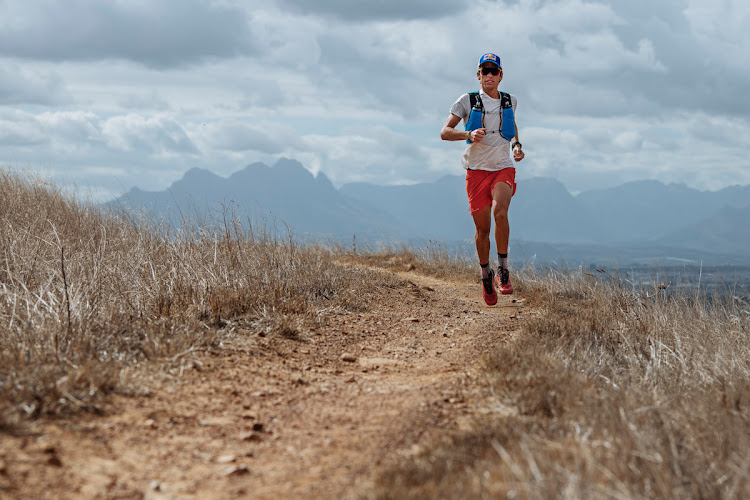 In just over a decade of professional racing, Ryan Sandes has run nearly twice the circumference of the Earth, and won ultra-distance trail races on every continent. And yes, that includes Antarctica. Together with fellow runner Ryno Griesel he holds the fastest known time (FKT) for the Drakensberg Grand Traverse, as well as the FKT for the 1,500km Grand Himalaya Trail across Nepal.

It’s not all sweaty globetrotting though. During SA’s lockdown he ran 1,463 laps around his home, clocking 160km and more than 4,500m of ascent over 26 hours of non-stop running. Just for kicks, of course.

He’s a Laureus ambassador and a Red Bull athlete, but Sandes — “Hedgie” to his friends — takes it all in his stride. From his home in the deep south of the Cape Peninsula he told Wanted about his favourite nooks and crannies of his hometown… 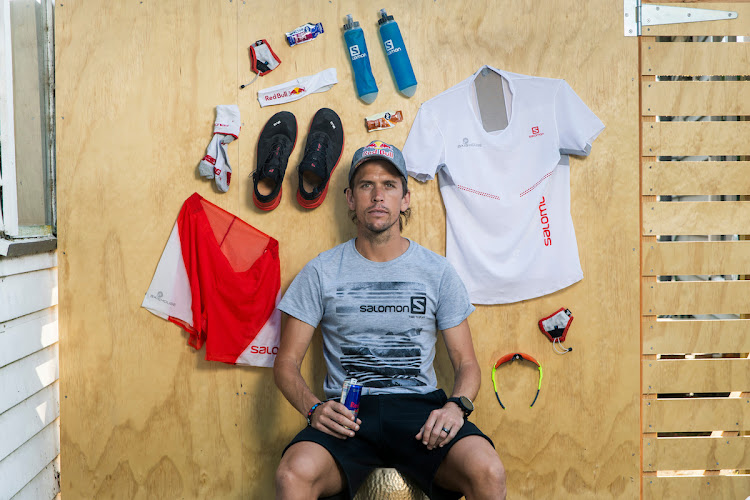 You’ve won ultra-races on all seven continents … tell us about the race that started it all?

I was in my final year at university, and a bunch of mates had signed up to run the Knysna half-marathon and I decided to join them. It was a few weeks before the event though, and the half-marathon was sold out. So, being young and invincible, I entered the marathon. I only had three or four weeks to train, but I did OK, and the feeling of fulfilment of going out and achieving a goal felt good. I’ve done it twice since and although it’s not a proper trail — you run through the forest and a lot of it is on gravel roads — it’s really beautiful.

Lockdown has helped us love being local. Tell us about your neighbourhood?

I’d lived my whole life in Hout Bay, but my family (wife, actress Vanessa Haywood-Sandes, and son Max) moved to Noordhoek just under a year ago. It reminds me a lot of what Hout Bay used to be like: quiet, relaxed, a more outdoor lifestyle. It’s close enough to the city, but you do feel like it’s a smaller village. Plus it’s close to the ocean, which I love.

Of course it has good access to mountain trails, but there’s also a real community spirit here. We love hanging out at the Aegir Project craft brewery, as well as the Noordhoek Common. It’s a really cool place for families, with open spaces and swings in the trees.

Noordhoek is located below Chapman's Peak on the west coast of the Cape Peninsula.
Image: Supplied/Shutterstock

Which are your favourite trail runs in and around Cape Town?

Something I love about Table Mountain is that it has a trail for everyone. From the base of Chapman’s Peak I enjoy running up Blackburn Ravine, or along the contour path that runs parallel to the road. The views are incredible. I also enjoy going up Devil’s Peak from the City Bowl for really cool views of the city. What’s great about Cape Town is that the city is so close to the mountains. About the only other big city that competes is Hong Kong, but – no disrespect to Hong Kong – you just can’t compare that to the trails we have here. We are so spoiled.

Do you still race in the Cape?

Even though I spend so much time travelling, I love racing at home. A race like Ultra-Trail Cape Town has really grown over the past three years, and is attracting a strong international field. It’s a 100km route, but they also have 65km, 35km and 21km routes. The race organisers have done an amazing job of putting the race on the map.

The Otter African Trail Run is also awesome, with its combination of trail and ocean on the Garden Route. I love running in the Alps or the Rocky Mountains or Patagonia, but it’s hard to beat what we have here in Cape Town and the Western Cape. 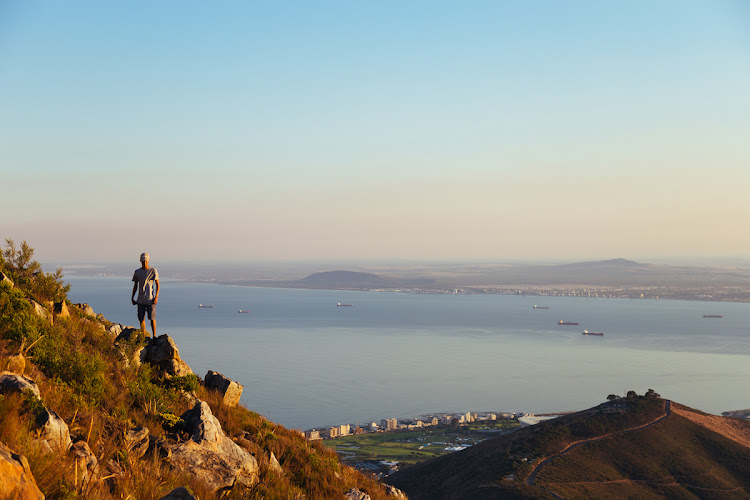 Tell us about your 13 Peaks project?

It’s a microadventure that tags 13 significant peaks around the Cape Peninsula in a circular route. When I first ran it I thought it would be about 50km, but it ended up just over 100km! You can attempt it in a single day, or across multiple days. Through the website you can download the GPS route, as well as recommended gear and places you can refuel and stop for water. I’d love it to become like the Trail du Mont Blanc, which draws a lot of tourists to Chamonix.

Your calorie intake must be off the charts … where do you refuel?

Because we have a young kid we spend less time going out in the evenings, so places like The Hub in Scarborough are pretty cool. It’s a great spot for breakfast and lunch, with tables outdoors, good smoothies and great coffee. In Noordhoek we go to The Foodbarn a lot, and Café Roux has a great kids’ area and is really dog friendly. On a Wednesday night they also have a market at Noordhoek Farm Village. 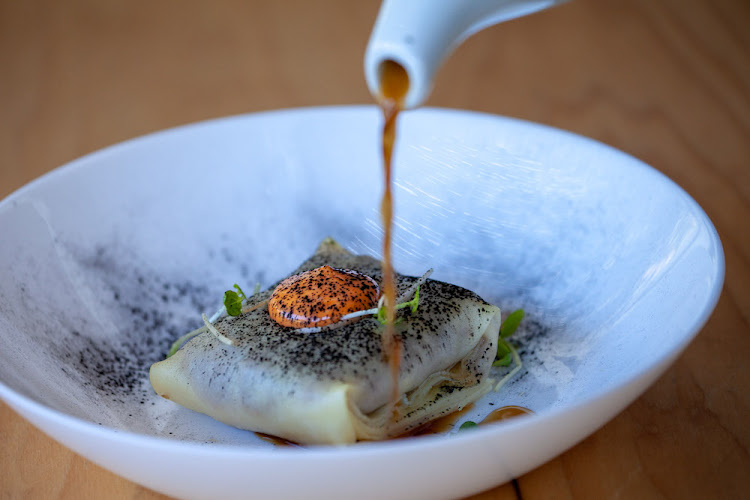 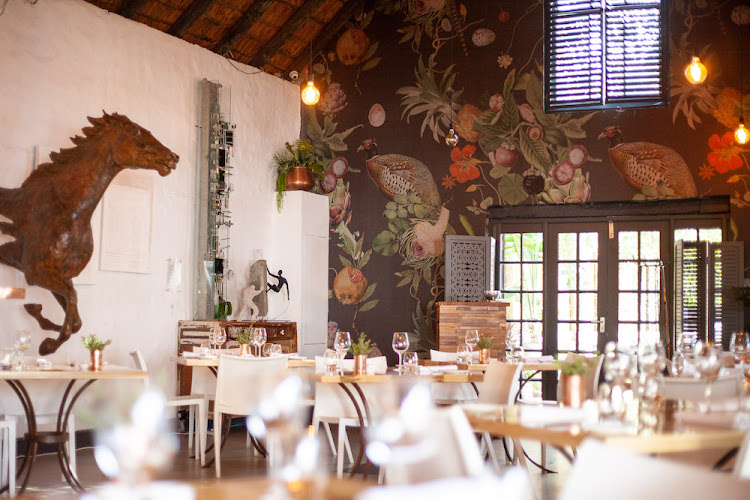 When you’re not running, what do you get up to in the city?

I love the ocean, and after lockdown I really want to surf a bit more. Last year I trained for a project on the Skeleton Coast, so I spent a lot of time running along the sands of Long Beach, and saw so many good waves with nobody out. Muizenberg is also great when it’s not overly crowded, and has a cool vibe with lots of cafes on the beach.

Escape to the Cape with acclaimed chef Katlego Mlambo

Marabi Club’s head chef has no shortage of ink – and we don’t mean the tats on his arms, but rather the stamps in his passport
Food & Drink
1 year ago

Moira Mdakana chats to Richard Holmes about what it means to be a concierge in today's tech-dominated world, and the power of personal relationships
Voices
1 year ago
Next Article
© Wanted 2021 - If you would like to reproduce this article please email us.

The rise of the highball and the long serve