Escape to the Cape with acclaimed chef Katlego Mlambo

Marabi Club’s head chef has no shortage of ink and we don’t mean the tats on his arms, but rather the stamps in his passport 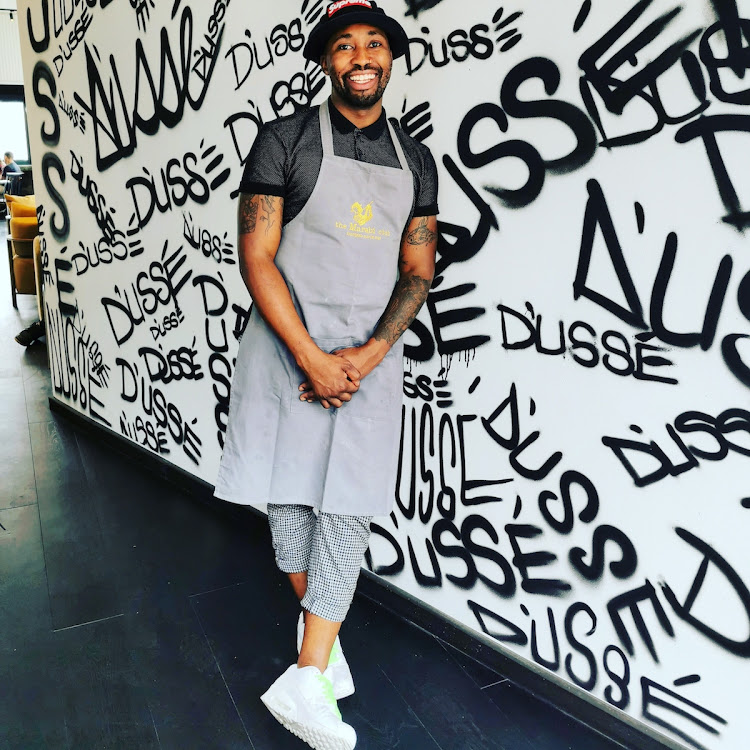 Katlego Mlambo, winner of 2019’s Eat Out Nederburg Rising Star award, who’s back in Jozi after working at some of the top restaurants in Cape Town.
Image: Supplied

Born and raised in Eldorado Park, this acclaimed young chef has spent time behind the stove in both Europe and the US. Just last year he jetted off to Washington as lead chef for the Mandela 100 Years USA event, hosted by Barack Obama.

Trained at Cape Town’s respected Silwood School of Cookery, over the past decade Mlambo has cooked alongside some of the brightest names in the industry, most recently honing his skills as group sous chef for Luke Dale Roberts’ galaxy of restaurants; the likes of The Test Kitchen, The Pot Luck Club and The Shortmarket Club (sadly now closed).

In 2019 — the year he also won the Eat Out Nederburg Rising Star award — he tied up his knife-roll and shipped it back to Jozi, back to his Gauteng roots to head up the pass at The Marabi Club in the Maboneng. While he’s still new up north, we asked him for his insider tips on the Cape … 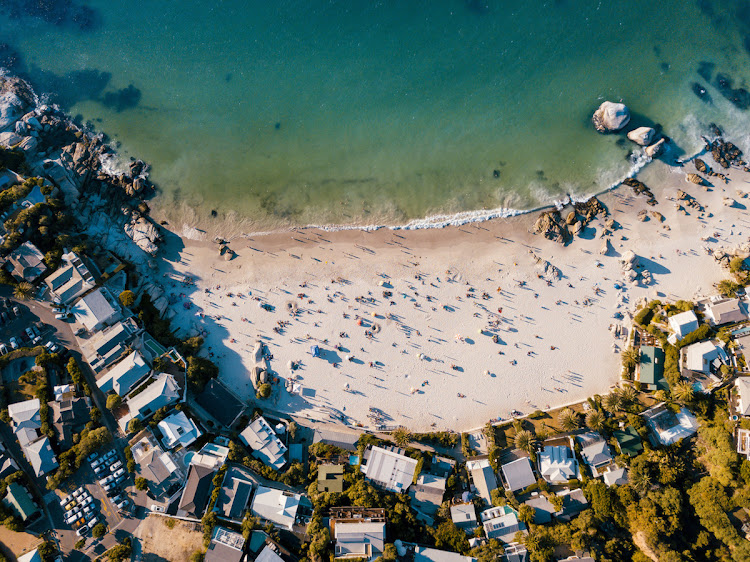 Katlego misses going to the beach on a sunny day, especially Clifton and the Atlantic side.
Image: Cape Tourism

What do you miss most about the Cape?

It’s a cliché, I know, but I miss the mountain and the beaches. As much as there’s a lot happening in Joburg, nothing beats going to the beach on a sunny day, or maybe a cheeky hike up Lion’s Head. Favourite beaches? For me, working in the city centre, it was always much easier to go to the Atlantic side, and you can’t go wrong with Clifton, Camps Bay or even Llandudno. I’m pretty active, and as a chef it always feels great to get out of the kitchen. You want to make the most of it on the beach; a bit of touch rugby, some soccer, or a jump in the ocean. Who cares if it’s cold!

Which were your favourite late-night hangouts after service?

When you’ve closed up you need to relax; you need to get out and about. I really appreciate a good Old Fashioned, so the House of Machines was my go-to spot. That is definitely the watering hole for the chefs working in the city.

I also enjoyed the Pot Luck Club — great cocktails, great tapas, nothing too complicated — and I loved hanging out at Yours Truly on Kloof Street. Delicious pizza, the music is great and the vibe is awesome. 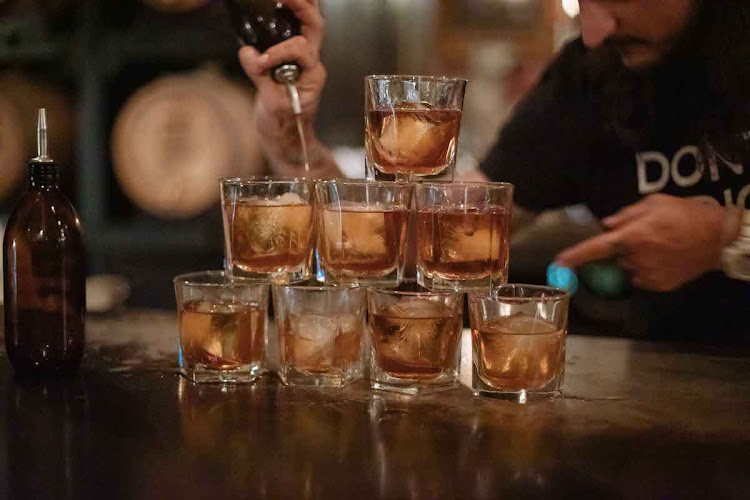 House of Machines, Katlego’s go-to Cape Town watering hole, a favourite for the chefs working in the city.
Image: Supplied

In your own cooking you’re passionate about celebrating African flavours. Where would you find these in Cape Town?

In the kitchen my inspiration is to take the flavours that I grew up with, and recreate them in a more fine dining setting. When I really missed the taste of home I’d hang out at Mzoli’s in Gugulethu for the shisanyama. It’s a cool vibe and it’s cheap as chips, so you really get your money’s worth. Music and food is a beautiful marriage too, so I’d also head to Rand’s in Khayelitsha for the delicious chakalaka and pap-en-vleis, with some sick beats in the background.

If you’ve got cash burning a hole, where do you spend it? 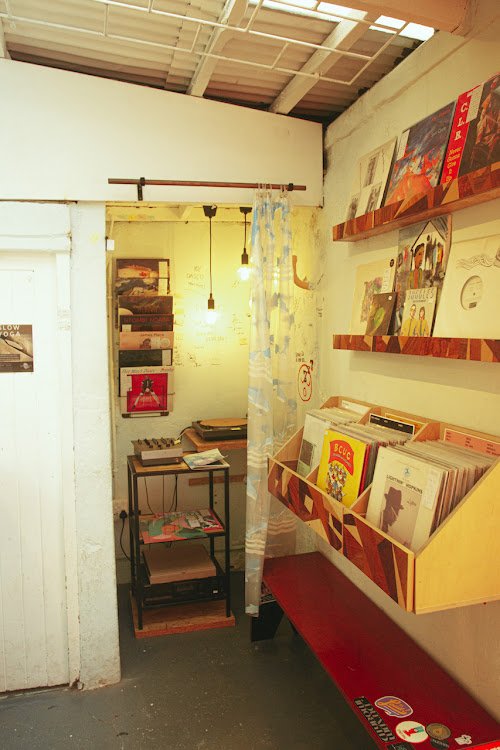 The Other Records in Observatory, with its great collection of vinyl.
Image: Ryno Stols

Ja, you’ll normally find me spending a bit of money when I have cash in my pocket.

I was blessed, and a mate of mine bought me a record player. Music is so much more pure on vinyl, so I’d often go to The Other Records [in Observatory] to stock up.

I’m also a big fan of thrift shops. When I was in Cape Town I’d work through all the stores in Woodstock for old-school accessories. But here in Joburg I also really love MaXhosa design.

What’s the most adventurous thing you did in Cape Town?

I have a bit of a fear of heights, but I tried paragliding and man I loved it! We went off Signal Hill and the views are just spectacular. For people living in the city it’s something that we take for granted, but once you’re up there you’re seeing Cape Town from a whole new point of view. Once it bites you it’s hard to give up, but unfortunately a chef’s salary and paragliding don’t really go hand-in-hand!

Road trip! Where are you headed?

I went through a phase of trying to surf, even though it was more sinking than surfing. Once I took a road trip to Stilbaai to go surfing, and for the Inverroche gin distillery. I was maybe on the board once or twice!

With my significant other we also went to Paternoster on the West Coast for the weekend. It was sort of a culinary romantic escape, to eat at Kobus van der Merwe’s restaurant Wolfgat. He’s all the way in the gramadoelas, out in the middle of nowhere, but it’s just amazing what he’s been doing with what he has.

Nice. What’s your soundtrack for the road?

I’m really into mixes, as you get like 10 songs in one long mix. I have three favourite local DJs whose mixes are lush, so they’d definitely be on there. DJ Kent plays the most beautiful delicious house music ever. DJ Euphonik has a great mix of hip-hop and house. If I’m in the mood for something upbeat there’s DJ PH. If I’m on a road trip I’ll have all these guys’ mixes lined up, and I have music that’ll last me a good two to three hours.

Who, what, where: The culinary faces and places to know about

The coolest spots to hang out in Joburg and Cape Town, and a local chef who is the one to watch
Food & Drink
2 years ago

We can’t wait for that one day, when we can get out and travel across SA again. In that spirit, Wanted asked some of our favourite personalities and ...
Voices
2 years ago
Next Article
© Wanted 2022 - If you would like to reproduce this article please email us.