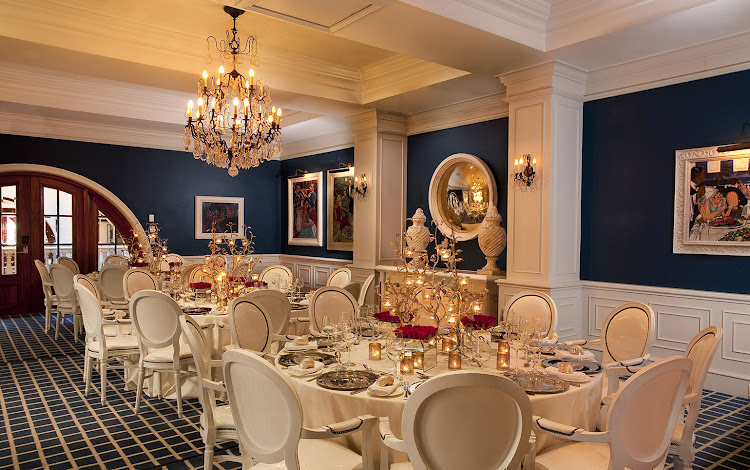 Photographs of the famous faces who have stayed at the Oyster Box Hotel in Umhlanga should give you a sense of just how special this Durban institution is: Charlize Theron, Prince Harry and Prince William have laid their heads here and their Serene Highnesses Albert and Charlene of Monaco held their South African wedding reception in The Pearl Room. The magical thing about the place, though, is that whoever you are, you don’t feel as if you’re treated differently from those prominent people – and every time I visit, I leave feeling spoilt.

The hotel has two restaurants: The Terrace and The Grill Room. The Terrace is relaxed, with pizzas served from the built-in oven and a hugely popular curry buffet, while The Grill Room is the hotel’s fine dining spot. And fine dining it is. The décor is sumptuous, with a deep-pile carpet underfoot, crystal chandeliers overhead, white leather bucket chairs that encourage you to unwind between courses and original artworks commissioned for the space. The service is stellar, too, with uniformed waitrons who place your linen napkin on your lap and fill your glass when it’s getting low. They’re skilled at Silver Service and being served your cauliflower delicately, piece by piece, makes you feel like you are at Buckingham Palace. Princes Harry and Wills must have felt right at home.

Despite the grandeur, the atmosphere is welcoming and our party of seven enjoyed debating the extensive wine list and discussing our meal selections.

Which hotels in Durban have the best restaurants?

Holiday destination Durban is not short of excellent hotel restaurants. These are our four top picks
Food & Drink
1 year ago

For the starter, I chose the Atlantic scallops on the waiter’s recommendation. Served with medallions of crisp chorizo, saffron chilli cream, spinach and a butternut flan, it was a delicious dish which mixed textures and tastes to perfection. Many of our party chose to start with a selection of items from the vintage hors d’oeuvres trolley, including delicacies such as devilled eggs, prawn cocktails and chicken livers. Another stand-out was an intricately plated duck pastrami sided by a walnut, blue cheese and pear salad which tasted as good as it looked.

The mains menu is extensive but I could see no further than the baby crayfish, which lived up to my expectations. The soft, buttery, melt-in-the-mouth flesh was enhanced by three sauces: garlic, lemon and peri-peri. The portion was large and filling, especially with the jasmine rice (which was a little undercooked) and a healthy portion of vegetables.

Other hits were the line fish – Cape salmon – served with flambeed prawns, prawn salad and herb and tomato cream, as well as a variety of steaks which were grilled exactly as requested by each guest and carefully plated with generous knobs of butter melting over the meat. My husband had the dyad of lamb and the duck-fat potato cake, served in a copper pan as a side, was scrape-the-bowl good. 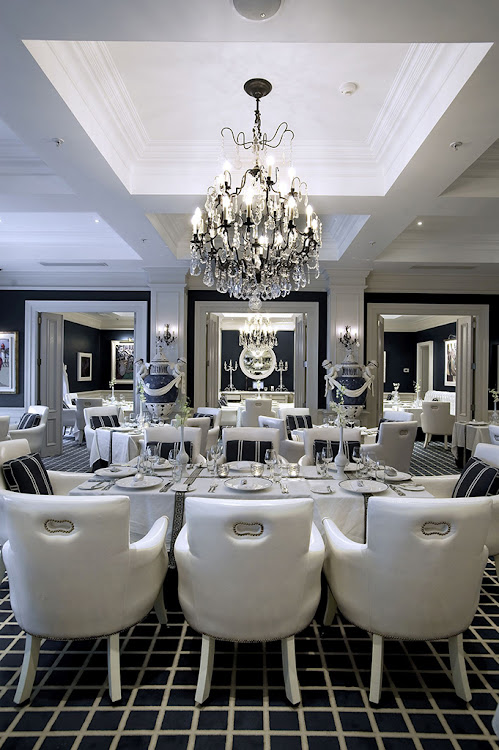 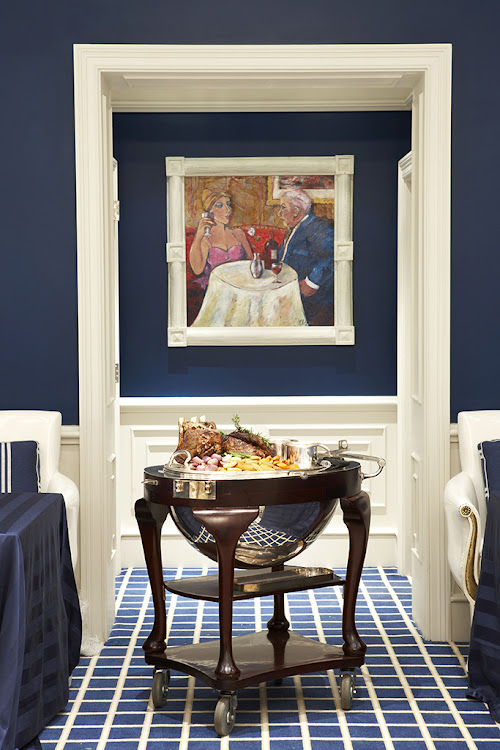 The Oyster Box has plenty of old-world charm and a highlight is the carving trolley which, on our evening there, was serving a crispy pork belly. Another unique, retro element is the preparation of the crepes suzettes. A trolley is wheeled to the table, where the crepe is expertly poured, with lemon and orange generously squeezed over it and spoons full of brown sugar that bubble into a zesty sauce. The final flourish of the Cointreau being set alight, which elicited oohs and aahs, is exactly the kind of theatre that turns a restaurant visit into a special memory.

The crepes are served with a honeycomb ice cream, which is outstanding. The other dessert selected by our party was a chocolate dessert trio. It was the only disappointing element of the evening. Billed as suitable for two, the portions were quite small and the chocolate not nearly rich enough. We are chocoholics, however, so there might well be guests who appreciate it, although it wasn’t as sweet as we would have liked it.

We left agreeing that a visit to The Grill Room is fine dining in its very best, traditional sense of the term. It’s an incomparable night out which can be enhanced with a drink at The Oyster Bar beforehand and a nightcap watching the waves break from The Lighthouse Bar afterwards. A must-do in Durban.

Indulge yourself in a meal at the award-winning The Chefs' Table in Umhlanga, Durban

With a new location to rival the always-excellent fare, put 9th on top of your must-visit list
Food & Drink
1 year ago
Next Article
© Wanted 2021 - If you would like to reproduce this article please email us.