For the love of wine: Joint ventures from three winemaking couples 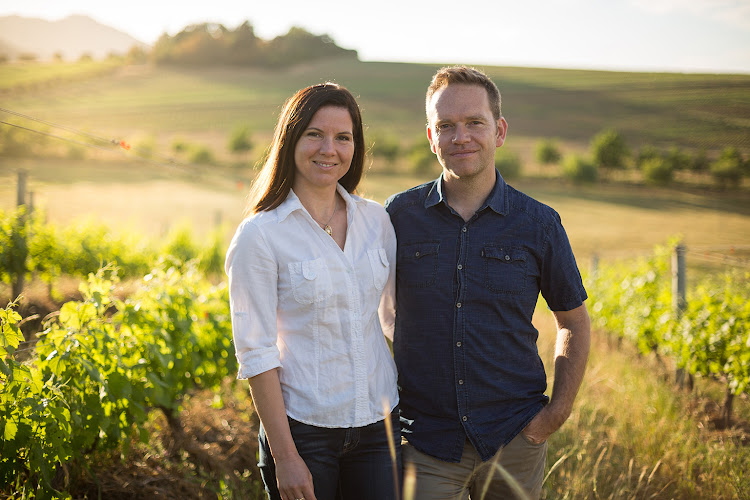 The quest for the perfect food and wine pairing is a universal and unending one. Finding a dish that not only complements what’s in the glass but elevates it, is one of life’s finer joys. When matched well, both parties bring out the other’s best qualities and hidden complexities.

This February, we take a look at a similarly sublime, but even rarer kind of pairing in the wine industry: winemaking couples. Much like any successful pairing, the trio of couples below are each exceptional in their own right, but even better together… 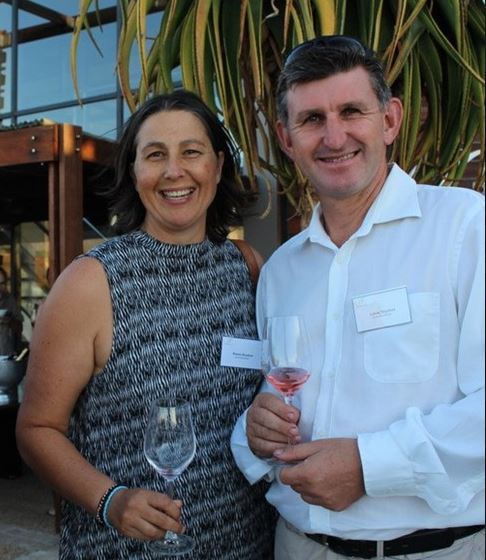 A multi-award-winning winemaker, a Cape Winemakers Guild member and a beloved figure in the wine industry… this impressive description applies to not one, but both Strydoms.

Married for over 20 years, Rianie and Louis met at a wine tasting club soon after graduating (he from Elsenburg and she from Stellenbosch). She called him out on his scoring. “He kept scoring his wines in the middle, I told him to stop being a fence sitter.” And the next week, he asked her out.

Like iron sharpening iron, both have gone on to create some of the best wines coming out of the Cape: Louis, first for Saxenburg, then Rust en Vrede and since the early 2000’s, for Ernie Els Wines, and Rianie, for Morgenhof, then Haskell Vineyards (until late 2018) and now for Strydom Family Wines.

Although possessing two very different styles of winemaking, Rianie maintains that having a partner in the same line of work has been a wonderful thing. The roles each play are demanding and the hours can be long (particularly during harvest), but because both intimately understand this, there’s no friction surrounding it. Their only point of disagreement: “He’s just not quite ready to admit that my Bordeaux blend is better than his!” she says with a wink.

Husband and wife team Chris and Andrea Mullineux are making some of the most compelling and sought-after wines in the world. They met whilst working vintages abroad in France. In Chris’s own words, “The first wine bar I went to with Andrea was in 2004, near Bandol. We had simple tapas and great Southern French wine and fell in love.”

The power couple then returned to South Africa and it wasn’t long before they started their own venture with Mullineux Family Wines, established in 2007. The accolades followed soon after – including being named Platter’s Winery of the Year multiple times, and Andrea being named Wine Spectator’s Winemaker of the Year in 2016.

The biggest pro about being a couple making wine? “We have a very similar style and palate in mind when picking, blending and maturing our wine,” says Andrea. And the only con (the extreme time commitments whilst raising a young family) are negated by some deft balancing and team work, “Chris spends most of his time in the vineyard (which is early mornings) while I run the cellar (which often means later nights).”

Riandri Visser is the young winemaker making waves at Cape Point Vineyards, whilst her boyfriend of almost 7 years, Drew Harty is the assistant winemaker at newly-reopened luxury estate Quoin Rock on the slopes of the Simonsberg. 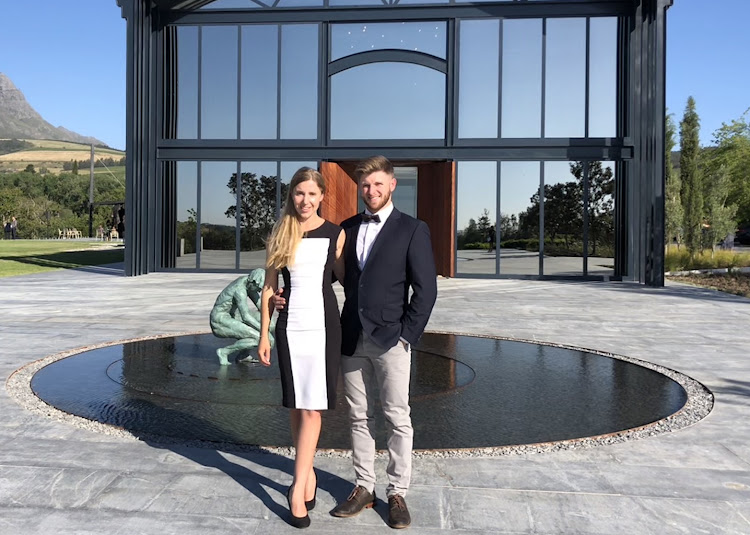 Having met whilst both studying at Elsenburg, both are committed to making world class wine and supporting each other whilst doing it. In Riandri’s own words, “It’s been awesome to have someone who understands and supports your work so fully. We always take our challenges to one another – we’re best friends, fierce allies and in different ways, each other’s mentors too.”

Let’s toast to three of the Cape’s finest blends!

I asked each of these couples which wine made by their partner they loved the most.  Considering the calibre of each of these winemakers, these wines together boast more stars than is usually visible on a clear night sky. I highly recommend getting your hands on all them – or as many as you can!

Whole-bunch pressed, fermented in French oak and matured for 9 months, vanilla-oak essence, melon and lemongrass aromas lead to a creamy, buttery palate. The ideal partner to most seafood dishes, especially crayfish with homemade mayonnaise. For this vintage, Drew was the assistant winemaker to Jacques Maree. 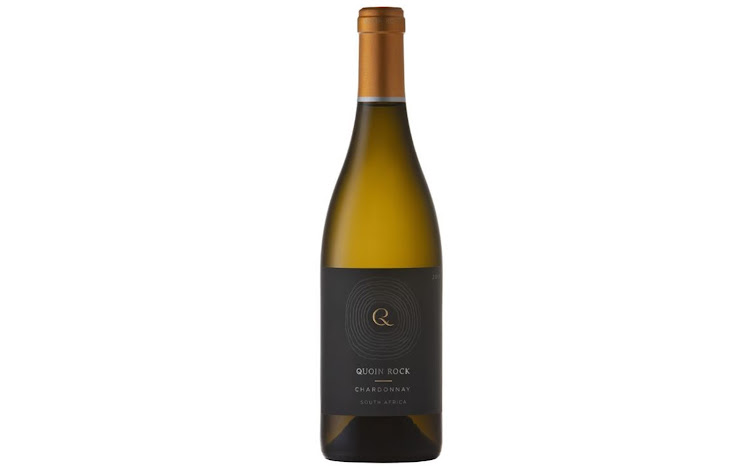 This renowned Sauvignon Blanc/Semillon blend was named ‘Top Performer’ in the WineMag Sauv/Sem Report 2018. Displaying a complex array of stone fruit, floral notes and spicy oak, the palate is rich, full and long. Pair with fresh seafood, veal or even a spicy Asian dish. 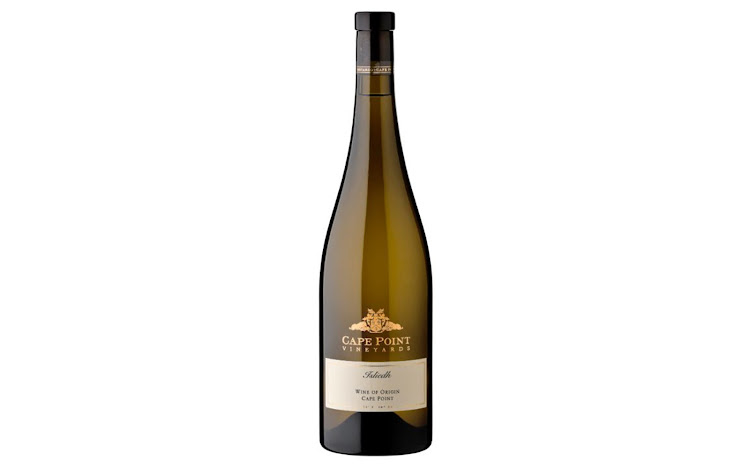 This Cabernet Sauvignon-led Bordeaux-style blend is intense in colour as it is in flavour. Nuances of fig jam, cigar box and spice lead to an elegant palate with ultra-fine, layered tannins and a salty, mineral tail. Enjoy now or right through to 2028+ preferably alongside a perfectly grilled steak. 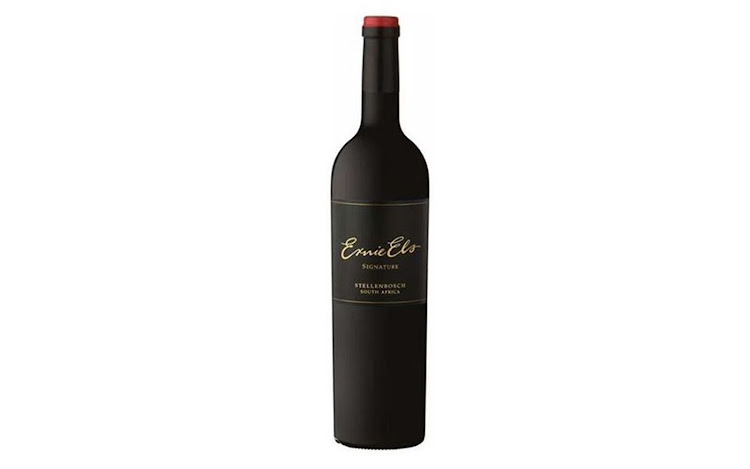 Beginning with aromas of coffee, burned caramel, roasted nuts and white peach, the palate then unveils a youthful acidity, with harmonious fruit and oak balance. Finished with a subtle toasted almond and baked bread aftertaste, this gem of a Chardonnay would elevate any rich fish (like Salmon or Tuna), poultry or pork dish. 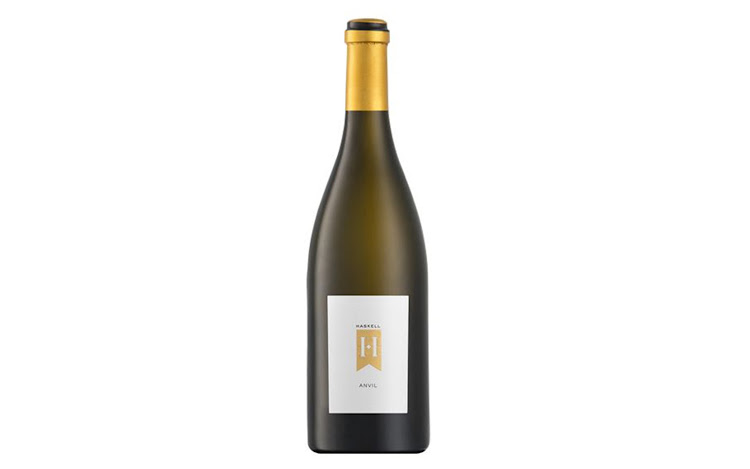 Chris & Andrea: “We’ve only ever worked together so I would say Olerasay as it represents all of our years as a married team.” 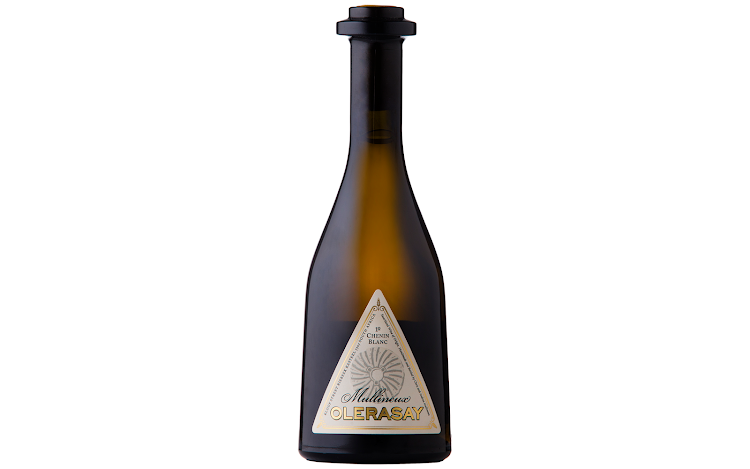 Mullineux and Leeu Olerasay No. 1 is an extraordinary straw wine, showing an unparalleled brightness, depth and complexity. Grapes are sourced from parcels of old vine Chenin Blanc. Since the first vintage, in 2008, the Mullineux duo have held back a barrel or two and blended them together, refreshing the solera each year with the new vintages. This is the result: fractionally blended from each vintage (2008 through to 2014), the wine is at once layered, nutty, intense and fresh.

Wade Bales chats to Visser, who took over the reins from Duncan Savage, about her winemaking journey, passions and favourite wines
Food & Drink
3 years ago