In an industry dominated by larger-than-life personalities and egos to match, Candice Philip is something of an anomaly. Head chef at the Saxon Hotel & Villa’s new fine-dining restaurant, Grei, Philip is quiet, humble, and seems a little in awe of where she’s ended up. “I’ve dreamed of having my own restaurant since I was five,” she admits shyly. “I just never thought that it would happen at the Saxon.”

Philip’s rise to the top is less about dramatic career highs and lows and more about good old-fashioned hard graft. She’s steadily worked her way up the ladder, spending 13 years at the Saxon, where she’s toiled alongside the likes of David Higgs and Luke Dale-Roberts, the South African culinary luminaries who headed up the space before her.

And while Philip might not have expected to be pushed to the helm just yet, when the opportunity came her way, she was more than ready for it. “The owners asked me what I would do if I had my own space and the ideas were all already here,” she says. “I put forward the concept and they said, ‘Okay.’ It was an unreal moment.”

Philip’s concept is simple yet strong. The word “grei” loosely translates as a “society of people” which, for her, is what dining is all about. Playing on the word’s other meaning, Philip has swathed the 32-seater restaurant with layers of textured grey or, as she describes it, “the colour without colour”, with the idea the food will bring the colour to the room when it emerges from the kitchen. 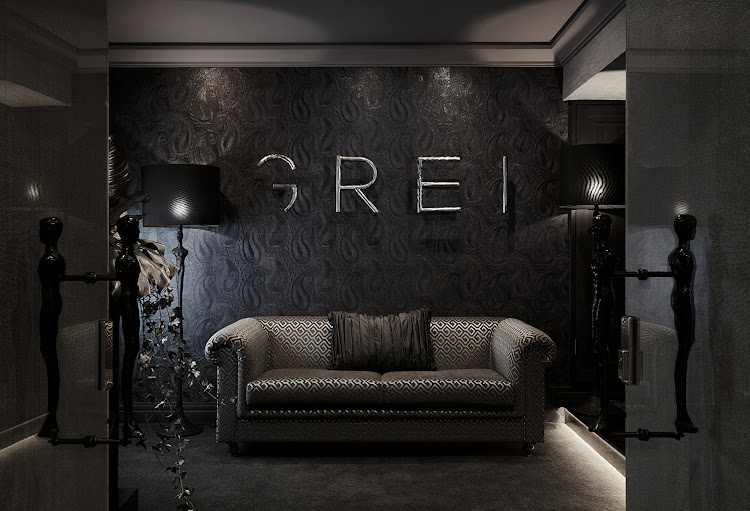 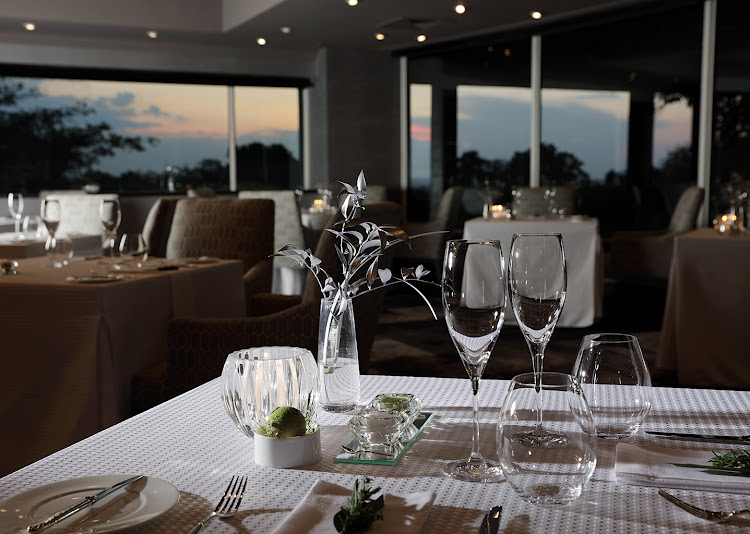 Philip has long been respected for her craftsmanship in the kitchen and her exceptionally creative approach to cooking has won her myriad industry accolades over the years. In a nod to the artistry of her presentation, in 2016, her pea wasabi mousse was nominated for Design Indaba’s Most Beautiful Object in South Africa. What made this all the more impressive was it was the first time in the awards’ history a culinary item had been put forward. It’s this blurring of the lines between food and art that makes the subtle grey of the restaurant’s aesthetic the perfect backdrop, allowing the chef’s colourful, intricately crafted creations to take centre stage.

Grei’s six-course menu is what Philip calls an herbaceous journey. Making the most of the Saxon’s rooftop vegetable garden, the menu takes often overlooked herbs and transforms them into the heroes of the dishes. “People often throw herbs into a dish without thinking about the colour, aroma and flavour they bring to the table,” she says. “We want to really bring those elements out.” 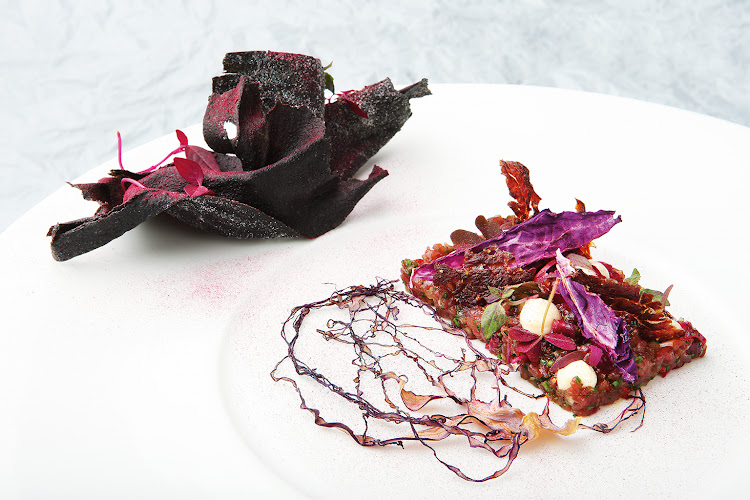 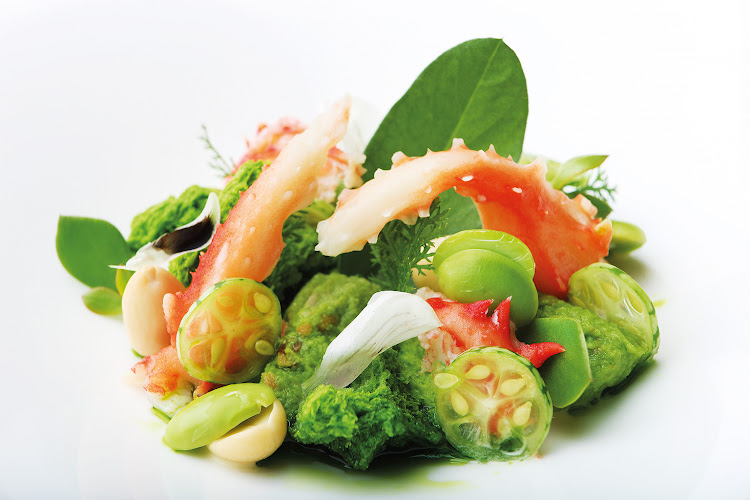 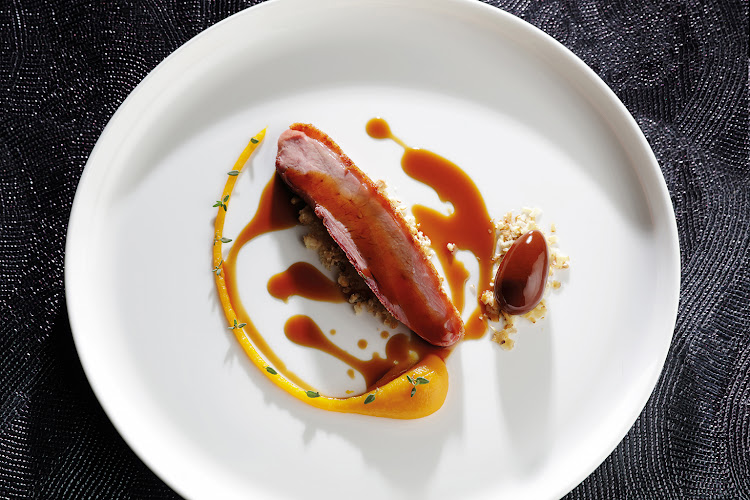 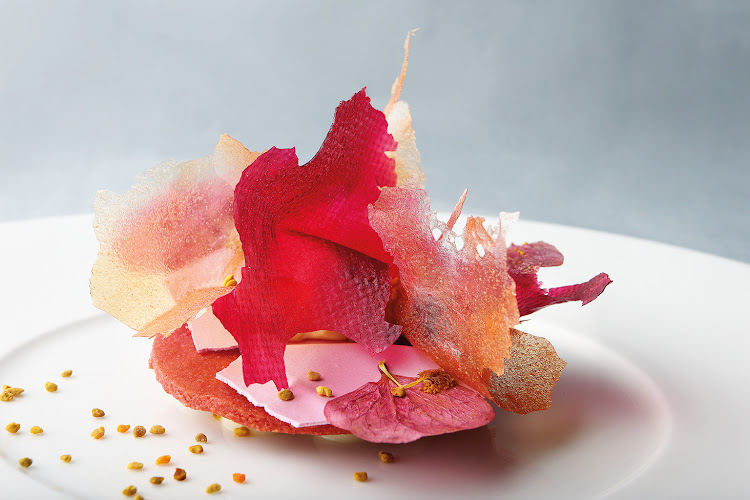 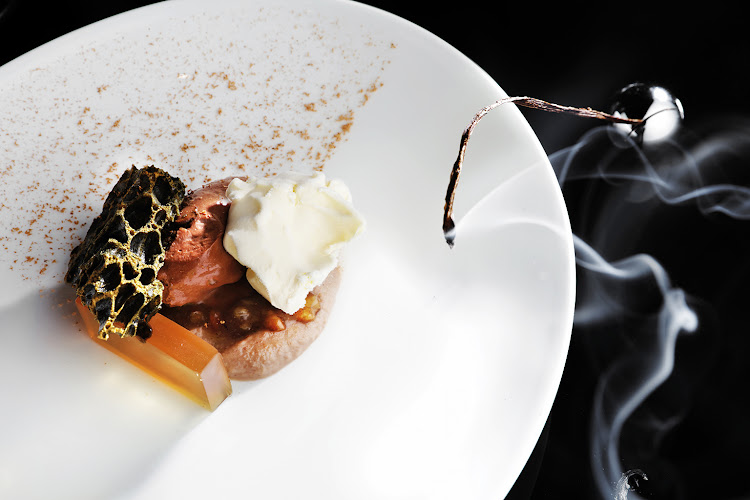 From the king crab, broad bean and verbena first course to the lamb, pumpkin and lovage consomme, the frozen mulled wine palate cleanser and the beautiful guava, beetroot and hibiscus dessert, the meal is a sensory journey that is artfully presented, every step of the way. The experience is enhanced by immaculate service; a relaxed and friendly atmosphere; great music; exceptional pairings of both local and international wines and views of the open kitchen, where diners can watch Philip and her team calmly float through their tasks.

“I want people to come and appreciate what we’re doing – to take the time and enjoy the journey,” says the chef of the three to three-and-a-half hour experience. “The Saxon is my second home and my team and I are like family,” she adds. “That’s what makes it all the more special. I’m excited to finally bring to the space my own long-held vision. It’s like a dream; it still doesn’t feel real.”

The Saxon is at 36 Saxon Road, Sandhurst, Johannesburg.

To marry elegant and gutsy is a tricky thing. Coco Reinarhz's Epicure restaurant does it with aplomb
Food & Drink
2 years ago
Next Article
© Wanted 2021 - If you would like to reproduce this article please email us.

What to sip on now? Here are six new tipples to add to ...

Now you can own a piece of your own wine farm with ...

Even the fussiest foodies will love Joburg’s new ...

Rova Caviar Madagascar: Some of the world’s best ...