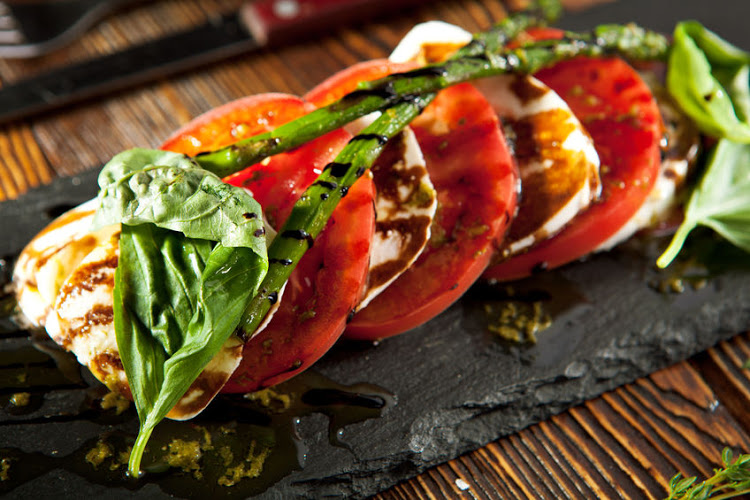 In Johannesburg, things come and go as quickly as the seasons. That includes buildings both old and spanking new, road names, shops, inhabitants, even the landscape (if the weird buff-yellow hills formed by mine dumps count as such).

Eating places are no different. When something hangs around for more than a decade, it's cause for celebration. I hadn't visited the Italian restaurant Vera Vita on Rifle Range Road, south of the city centre, for quite some time. Years and years in fact, and I can't think why not. Reminded of it by friends who are staunch regulars, we hit the M1 south for Sunday lunch.

Pasta, pesto, and panache: we couldn’t think of a better combination, and Joburg’s newest deli serves these up in style
Food & Drink
3 years ago

Few chefs in the city maintain the quality that Angelo Capporino does. He's even more covered with tattoos than I remember. They seem to have magical powers; increasing his cooking skills as they cover his skin. Passion is such a revoltingly over-used and misused word when it comes to food and chefs but, well, here the word is right.

Of the dishes we inhaled, it was hard to decide what was best. The melanzane is a take on the traditional dish. Instead of the usual layers of eggplant, cheese and tomato, Capporino makes tiny tomato-filled eggplant wraps, covered with melted cheese. They're weirdly light for something so cheesy.

I think, though, that the porcini and Parma pasta was the winner. Perfectly cooked rigatoni-like shapes with crisp-fried Parma, and the merest suggestion of mushrooms, herbs, cream and Parmesan. The dish was a lesson in restraint while being deeply intense in flavour. No Parmesan or black pepper offered, because none was necessary (why do so many restaurants keep offering black pepper over almost everything as though it's a neutral element?)

Suddenly on every corner there’s a new Mexican restaurant. Is it just a novelty and how does the food measure up? Nikki Temkin took her taste buds on ...
Food & Drink
3 years ago

The menu contains both classics and twists. Angelo has enough talent, and a light enough hand, that he manages to get away with some very odd combinations. We ate a pizza - thin, flaky and light - topped with Emmenthaler cheese and loved it. Sadly, there was no space to fit in the minestrone, which I remember as having pretty much saved my life one flu-riddled day years ago.

If this place was just a little closer to me, it would be my local. It's comfortingly old fashioned, and the presence of many Italian diners is even more comforting.

Don't expect old-school to be your impression though. A major revamp is coming up shortly, with the space getting more compact and the semi-separated rooms becoming a centralised space with more vibe. I'm not panicking: they promise they're only changing the space; the food is staying the same.

This article was originally published in The Times.